Millions of pounds from the £20billion NHS funding boost will go towards repairing crumbling hospitals and a pay rise for doctors, experts have warned.

Last month Theresa May pledged the investment to mark the NHS’s 70th anniversary this year, but a report claims at least £135million will be spent on doctors’ pay.

Doctors are hoping for a rise of at least 2 per cent – £2,000 a year for an average consultant – after a generous pay deal was agreed for nurses last month.

The report by NHS Providers – an organisation representing hospitals and ambulance services – also warns that at least £913million a year will be ‘swallowed up’ in building repairs, putting extra beds on wards and replacing outdated IT systems. 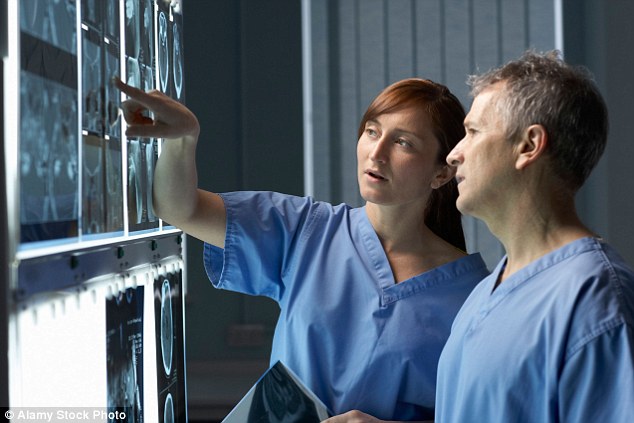 NHS workers hoping for a pay rise have been warned that £913million of new funds could be swallowed up by building repairs, according to report

Last month the Prime Minister announced she would be investing an extra £20billion into the NHS until 2023, but the report warned that the public had ‘unrealistic expectations’ as to how far the money would go.

It states: ‘Recovering NHS performance risks swallowing up new funding. Our view is recovering lost ground would take up much if not most of the additional NHS spending.’

It claims this means there will be very little left to improve cancer care, drive down waiting times and hire additional frontline staff.

Niall Dickson, chief executive of the NHS Confederation, which represents health service managers, said: ‘One of the greatest dangers we now face is unrealistic expectations. 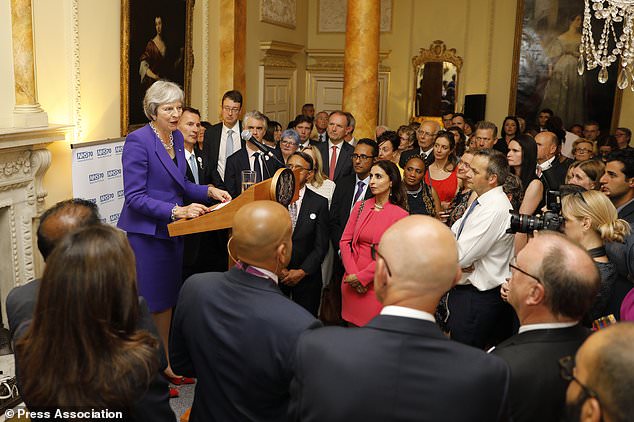 Last month the Prime Minister, pictured talking for the NHS 70th anniversary announced she would be investing an extra £20billion into the NHS until 2023

Hospital bed-blockers are costing the NHS more than £500 a minute, according to the latest calculations.

The price tag covers the cost of keeping vulnerable older patients on wards when they are well enough to be discharged but are waiting for home care services to be arranged.

The analysis by Age UK said hospitals are losing almost £300million a year – equivalent to £550 per minute – looking after patients who cannot go home.

It said the failure to find cash to pay for basic care – such as helping people with dressing, washing and preparing meals – meant ministers were wasting the money being poured into the NHS.

Caroline Abrahams of Age UK said: ‘If an older person needs social care but cannot get it this is a sure-fire recipe for them to become weaker and less well.’

‘While everyone is rushing about trying to spend new money, the reality is that we have some really tough decisions ahead. We cannot do it all, and we need to admit that.’

The doctors’ union, the British Medical Association, is locked in negotiations over pay, and a deal is expected to be announced imminently.

It has argued that doctors should be granted a rise of at least 2 per cent in line with nurses and other NHS staff.

This expectation will dismay many members of the public who had hoped the Government’s extra money would go towards frontline care.

A GP earns on average £100,000 a year while hospital consultants are typically on £92,000, which excludes overtime and performance bonuses.

Saffron Cordery, of NHS Providers, said: ‘This report highlights the scale of the challenges the NHS faces in recovering the lost ground that has built up over the longest and deepest financial squeeze in NHS history.

‘We would be fooling ourselves to think there are any simple shortcuts to recovery.’