A group of Melbourne doctors is pushing for an immediate end to Victoria’s coronavirus lockdown, but their calls have been deemed “fatally flawed” by Australia's peak medical groups which warn opening too soon risks unleashing a devastating third wave of infections.

Epidemiologists have strongly warned against lifting restrictions early and say public health and pandemic interventions are the domain of infectious disease experts not clinical doctors. 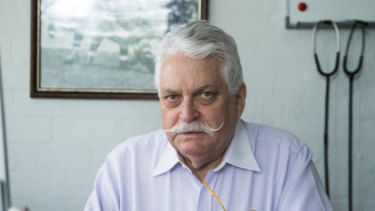 In the open letter to Premier Daniel Andrews, the group led by senior doctors, including surgeons Bob Millar and Geoffrey Wells, argues Victoria’s response to containing COVID-19 is causing severe harm, triggering a tsunami of mental illness and worrying decline in presentations for life-threatening medical conditions like cancer and heart attacks.

"The current restrictions are unnecessary, disproportionate and must be lifted," the letter says. "The response to the virus will cause more deaths and result in far more negative health effects than the virus itself."

Dr Wells said the doctors wanted the five-kilometre rule lifted, sporting clubs to be reopened, and for Victorians to be able to visit their families inside their homes and in aged care facilities, while adhering to strict social distancing and good hygiene.

They also want a committee of medical experts established, including specialists in mental health, pediatrics and geriatrics, to inform future government decisions about containing COVID-19.

But national president of the Australian Medical Association Omar Khorshid said the notion of immediately lifting COVID-19 restrictions in Victoria without ensuring contact tracing, testing regimes and ongoing social restrictions were up to scratch was "fatally flawed".

“The absolute worst thing that could possibly happen would be another lockdown and it is important while this lockdown is working – which it clearly is – that it is followed through to achieve the road map the state government has set out," Dr Khorshid said.

Dr Khorshid said while he sympathised with sentiments expressed in the letter, opening up Victoria as outlined risked allowing the virus to run rampant.

"We have to learn to live with the risk of the virus, but that doesn’t mean letting it out into the community and seeing hundreds and hundreds more aged care deaths and thousands of healthcare infections as we've seen in Victoria," he said.

“It only takes a small number of cases getting out into a community that’s not properly prepared for it for a disaster to occur. We've already seen this in Victoria."

A letter first emerged last month when 13 of the doctors implored Mr Andrews to end the stage four lockdown and Victoria's state of emergency.

Since then, the group has created a new letter and say they have garnered more than 500 signatures from doctors and other healthcare workers.

The Sunday Age was unable to independently verify every signatory, with organisers of the letter conceding they were still in the process of confirming all the signatories using Australian Health Practitioner Regulation Agency numbers.

The 36 lead signatories listed on the group's website include psychiatrists, general practitioners, geriatricians and anaesthetists.

General practitioner David Marsh, who signed the letter, is treating a growing number of people presenting with self-harm, anxiety and depression.

"These are people who wouldn't normally present with mental illness that are just bursting into tears and disintegrating before my eyes," the Richmond doctor said.

"People with no access to their grandchildren and no access to their families, school kids busting a gut to get back to school and be with their friends. I'm seeing things across all age groups and there are more and more cases each week. It's getting to the scary stage."

Dr Marsh said the health and economic implications must be balanced with the "welfare of all Victorians".

"I'm not saying lift the restrictions and it's open slather, what I am saying is that this doctrinarian level of restrictions is grinding people into the dirt," he said.

Dr Marsh said he was most concerned the extended lockdown could lead to surge in avoidable deaths by suicide.

"Humans by nature are not isolated creatures," he said. "We have families and communities. Those freedoms are being taken away from us and it is causing serious harm."

Overall suicide rates in Victoria are being closely monitored and remain consistent with the last two years, but a Coroner’s Court report released this week found suicides among teenage boys had spiked.

The report reveals 13 males aged under 18 suicided before September 30 this year, “approximately equal to the full-year frequency for this group in earlier years”. The deaths are being investigated by the coroner to identify any underlying issues.

Royal Australian College of General Practitioners Victorian chair Dr Cameron Loy said while it was distressing for GPs to see first-hand the human toll, including a rising number of children and adolescents grappling with serious mental health issues, it was crucial Victorians followed the current health advice.

"Campaigns such as this one have the capacity to undermine confidence in the official health advice and discourage people from abiding by the restrictions put in place to stop the spread of the virus," Dr Loy said. "This would be a disastrous outcome."

He said public health interventions were within the expertise of infectious disease experts and epidemiologists who are skilled at measuring risk and tracking disease patterns.

"Almost all of us [infectious disease experts and epidemiologists] are advocating for careful staged relaxation of the current measures because we strongly view you cannot continue with lockdowns over an extended period of time,” he said.

“But complete removal of the current restrictions right now would be a very poor decision and could lead to surge in infections.”

Professor Catherine Bennett, chair in epidemiology at Deakin University, also warned against lifting restrictions too soon and said the state’s outbreak response must also be operating at its peak before opening up.

“Our road map is conservative so we should all feel safe taking those steps,” she said. “This is important as there appears to be a significant proportion of the population who are anxious about opening up, which is a public health concern in itself.”

Multiple doctors who signed the letter confirmed to The Sunday Age they had already raised their concerns with federal Health Minister Greg Hunt.

Australian Society of Anaesthetists president Suzi Nou that restrictions were the only intervention proven in Australia to protect anaesthetists and patients from COVID-19.

“If restrictions are to ease, then it has to be accompanied with an upgrade to personal protective equipment and other measures that protect health workers and limit community spread,” Dr Nou said.

The AMA's Victorian branch declined to comment on the letter, however, it said it continued to support the state government's exit strategy along with the current public health advice, which had considered the economic and social costs of lockdown measures.

A Victorian government spokeswoman said every decision made since the beginning the pandemic was based on advice from the health experts.

"We’ll continue to work with them to keep Victorians safe and slow the spread of this deadly virus," she said.

A spokesman for Mr Hunt confirmed he had been contacted by a number of doctors who were concerned about the mental health impacts of the lockdown.

"Along with the Prime Minister and federal treasurer the minister has urged Victoria to reconsider the five-case and zero-case triggers, given that NSW has been able to manage contact tracing of higher numbers while safely managing COVID-19 and mental health," the spokesman said.