DONALD Trump has sensationally accused the FBI of trying to "overthrow" the US government – after a report debunked his claims of a conspiracy against him.

The US president insisted agents were caught "red-handed" plotting a coup following a review of the probe into Russian collusion in his 2016 campaign. 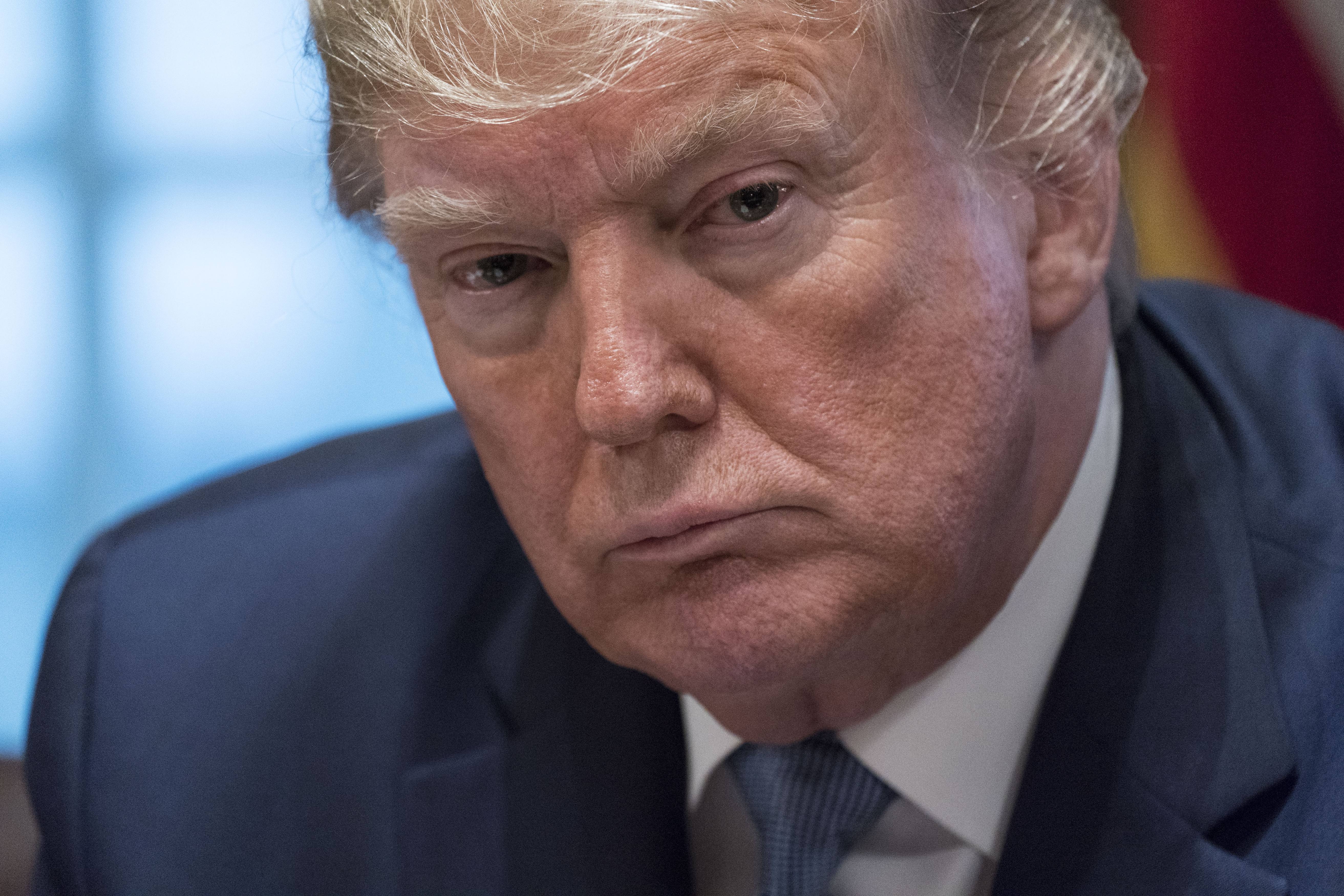 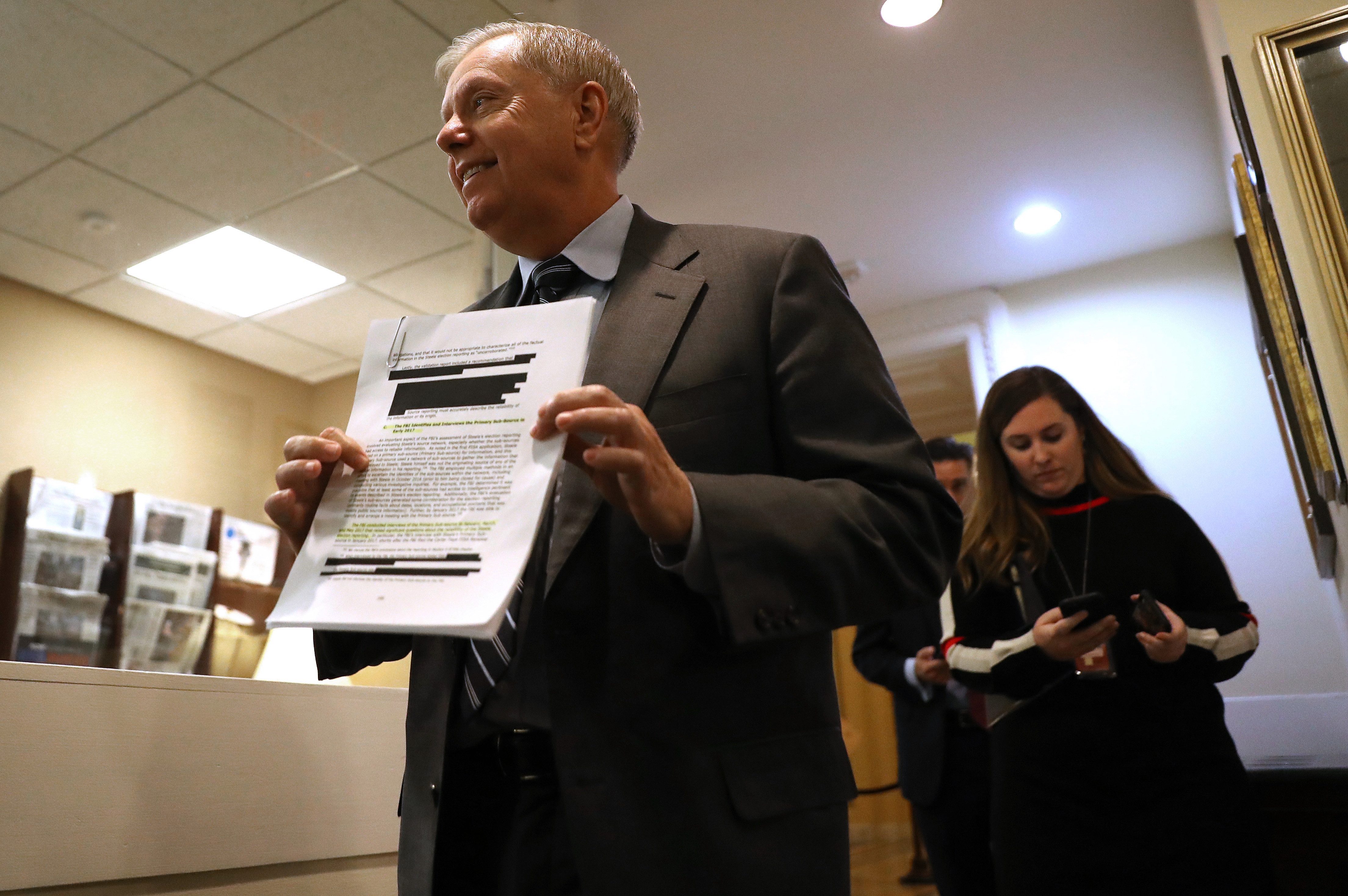 Department of Justice Inspector General Michael Horowitz found a series of errors by FBI investigators – but crucially found they were not politically motivated.

Mr Trump said the report proved his repeated complaint he was the victim of a "witch hunt".

He added the report was “far worse than anything I would have even imagined.”

Mr Trump said at the White House: "They fabricated evidence and they lied to the courts and they did all sorts of things to have it go their way.

“I think I'm going to put this down as one of our great achievements.

"Because what we found and what we saw — never, ever should this happen again in our country.”

He claimed the FBI "made stuff up" like in "the good old days of J. Edgar Hoover". 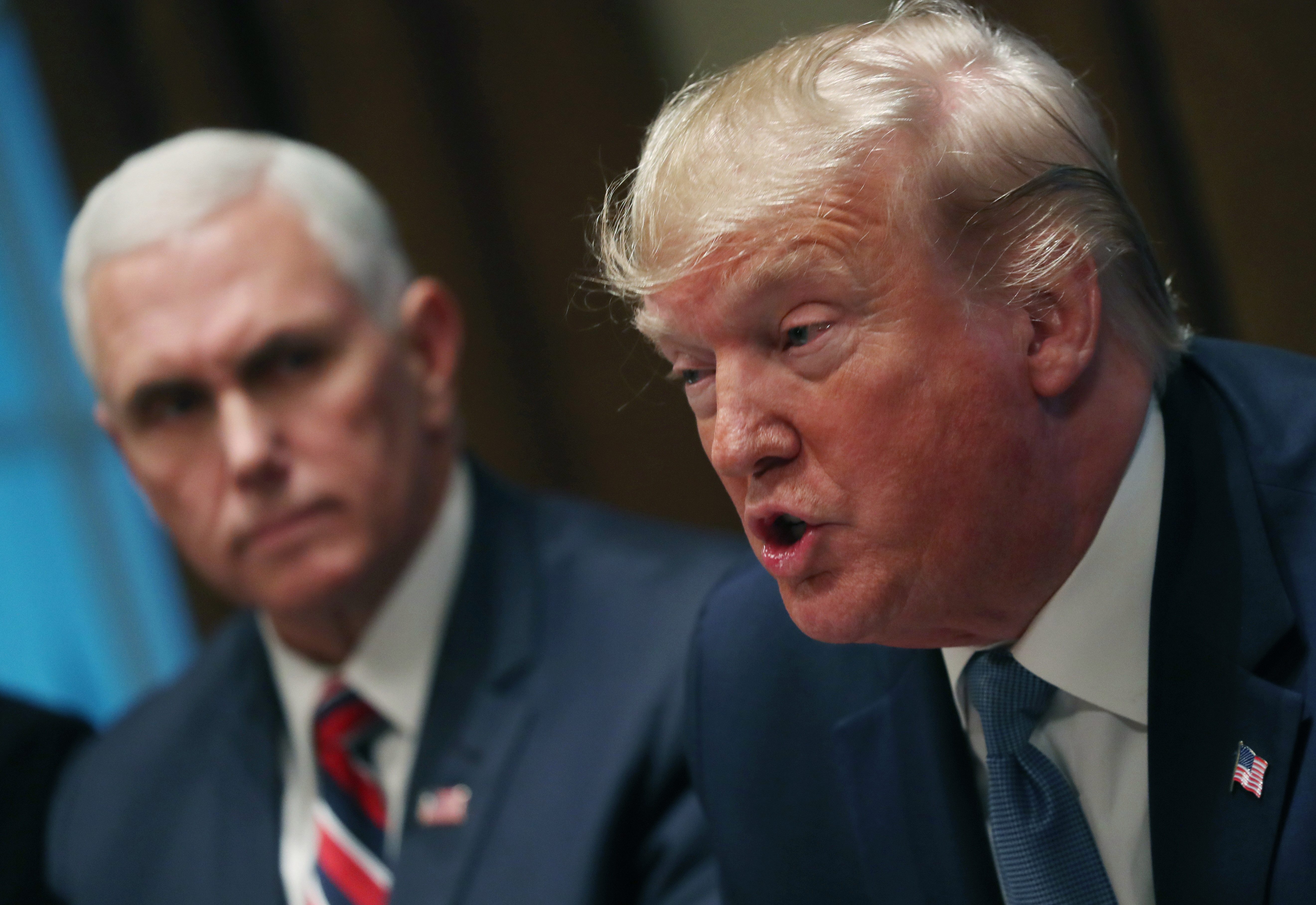 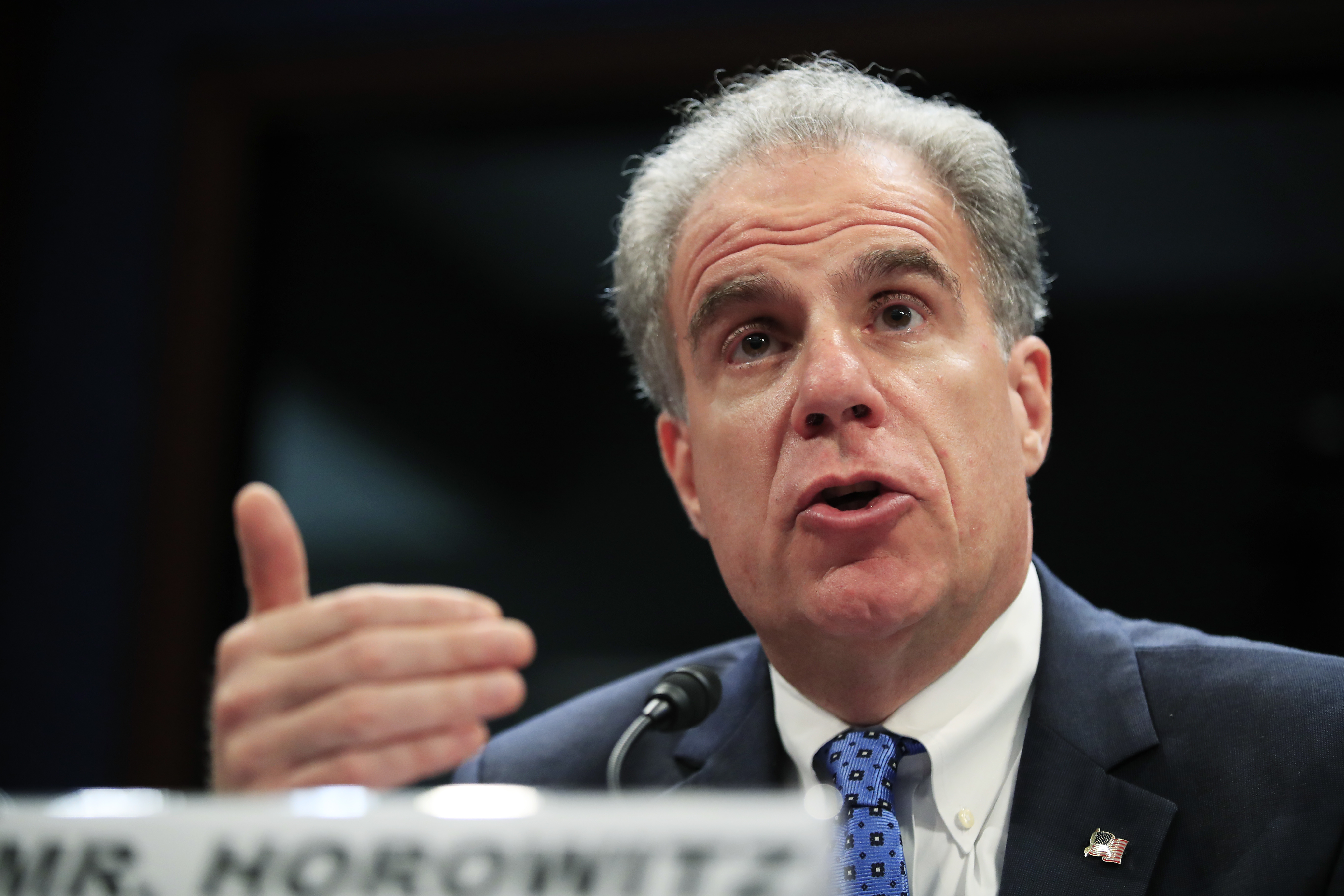 Agents later got hold of a dossier compiled by ex-MI6 spy Christopher Steele that claimed Russia had compromising information on Mr Trump.

They asked the Foreign Intelligence Surveillance Court for a warrant to eavesdrop on Carter Page, a Trump campaign adviser with links to Russia.

Some mistakes related to uncorroborated claims from the Steele dossier.

Agents emphasised information that was damaging to Mr Trump and downplayed evidence that exonerated him.

But the FBI had "authorised purpose" to begin the probe and there was no evidence it was launched for political reasons, the report said.

What is impeachment of the President of the United States?

Impeachment is a formal charge of serious wrongdoing against sitting a President.

It is one of the few ways they can be kicked out of the White House before an election.

The US Constitution states a President "shall be removed from office on impeachment for, and conviction of, treason, bribery, or other high crimes and misdemeanours".

Presidents from George Washington onwards have often threatened with impeachment but usually their political opponents have lacked the will or support to carry it out.

The initial stage of the process comes in the House of Representatives, the lower chamber of Congress, which has "sole power of impeachment".

The House votes on whether the President should face the impeachment and a simple majority is required for that to go ahead.

Then the case would be tried by the Senate, the upper chamber of Congress, where a two-thirds majority is needed.

Only two Presidents in history have been impeached.

The most recent was Bill Clinton, who was impeached in the House on charges of perjury and obstructing justice in 1998.

It related to his denials of an affair with White House intern Monica Lewinsky.

However, when the trial reached the Senate, it failed to get close to the two-thirds backing it needed to remove him from office.

The other was Andrew Johnson, who served as President for four years from 1865.

He was impeached by the House in 1868, just 11 days after he got rid of his secretary of war Edwin Stanton.

The two-thirds majority needed in the Senate was missed by just one vote.

Richard Nixon resigned before he could be impeached over the Watergate scandal.

Sacked FBI director James Comey, who Mr Trump said should be jailed, said last night: "Although it took two years, the truth is finally out.

"On Monday, we learned from a report by the Justice Department's inspector general that the allegation of a criminal conspiracy was nonsense.

"There was no illegal wiretapping, there were no informants inserted into the campaign, there was no 'spying' on the Trump campaign."

Democrats in Congress today confirmed they will bring two articles of impeachment against Mr Trump.

One will allege the president abused his power by urging Ukraine to launch a corruption probe against his 2020 rival Joe Biden.

He will also be accused of obstructing Congress after weeks of committee hearings into the scandal.

The plan is said to be for the House Judiciary Committee to vote on the articles no later than Thursday.

He said: “The president welcomed foreign interference in our election in 2016, he demanded it in 2020, and then he got caught.”

Three eminent psychiatrists have warned "delusional" Mr Trump could become "ever more dangerous, a threat to the safety of our nation" amid the ongoing inquiry. 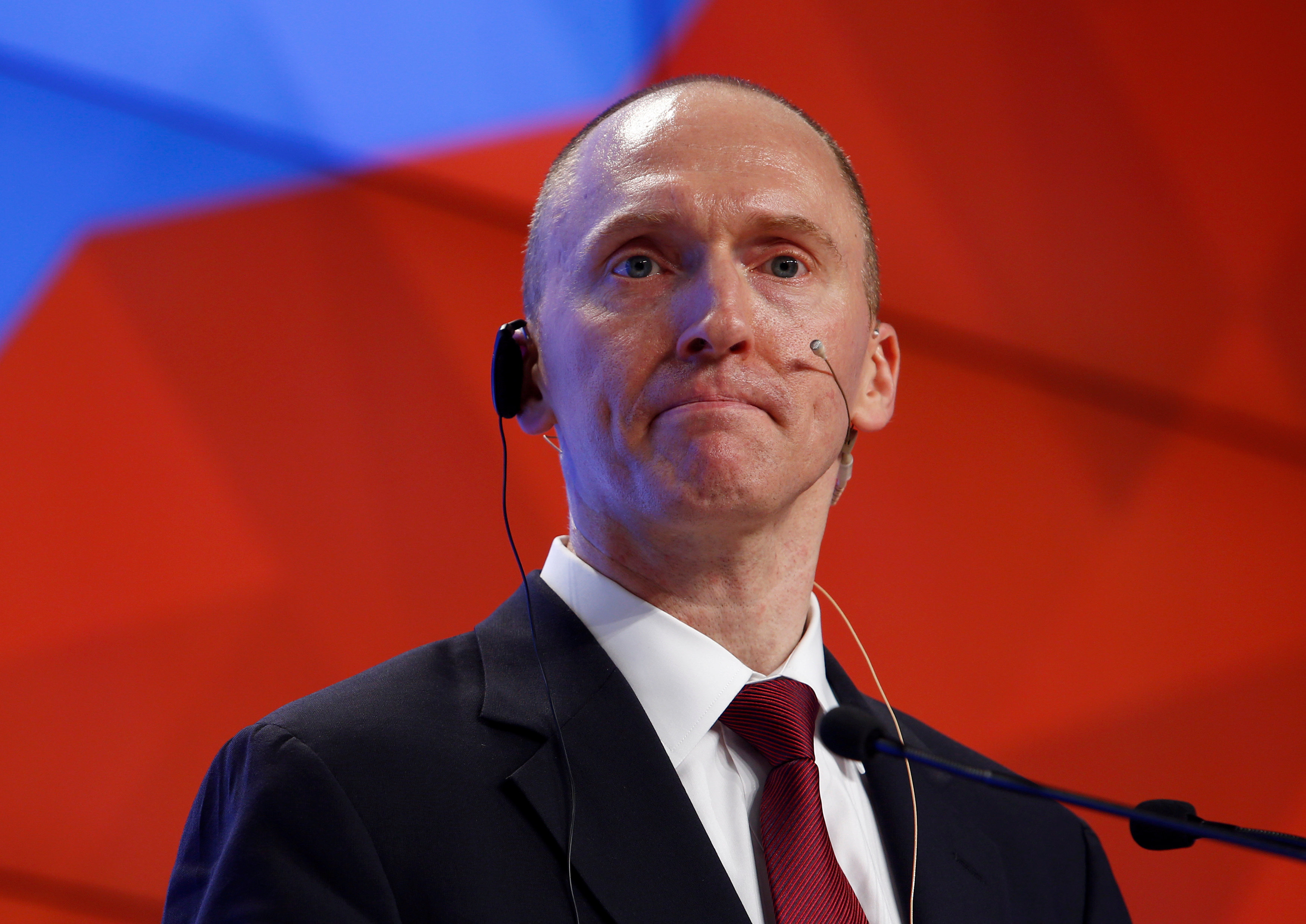 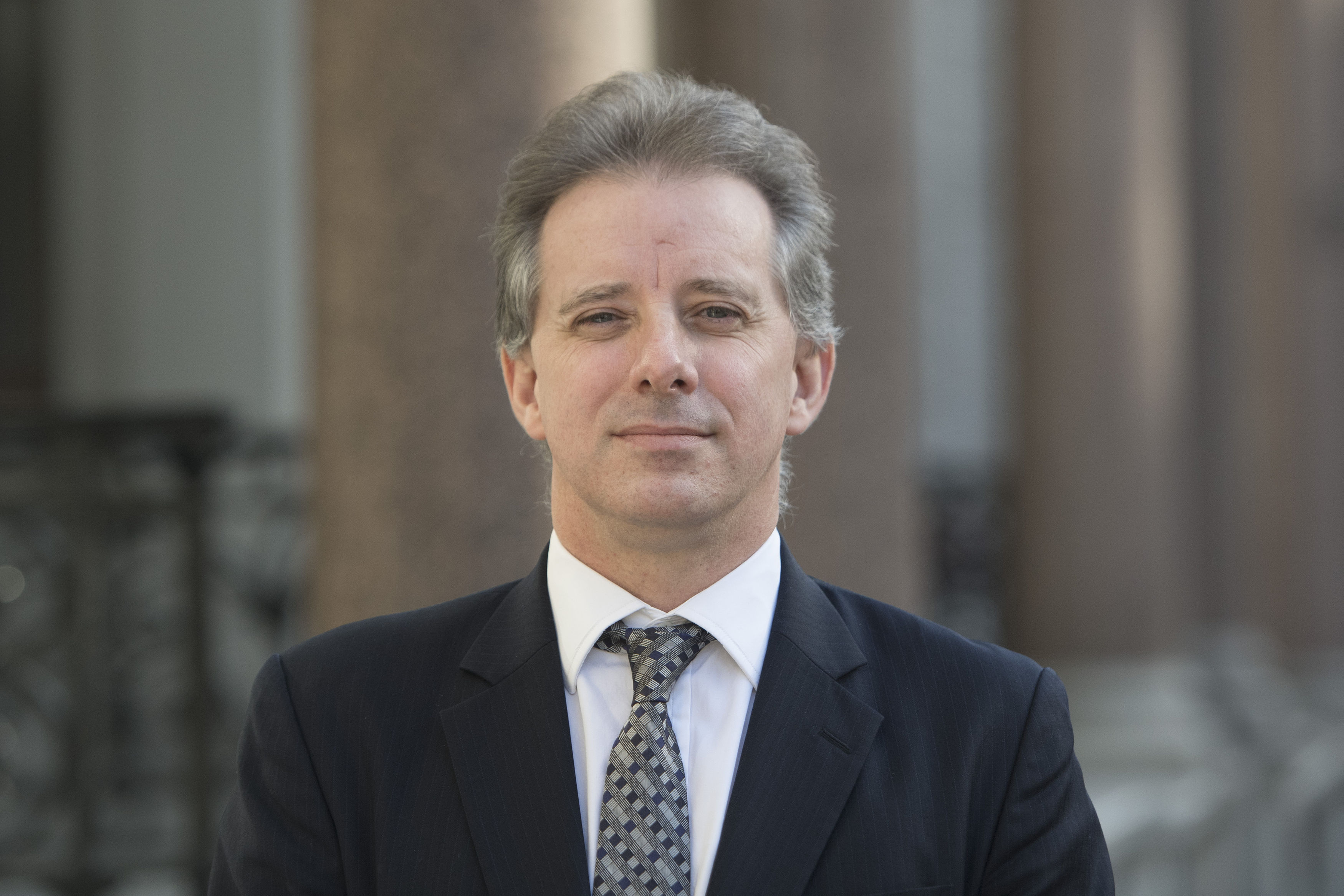 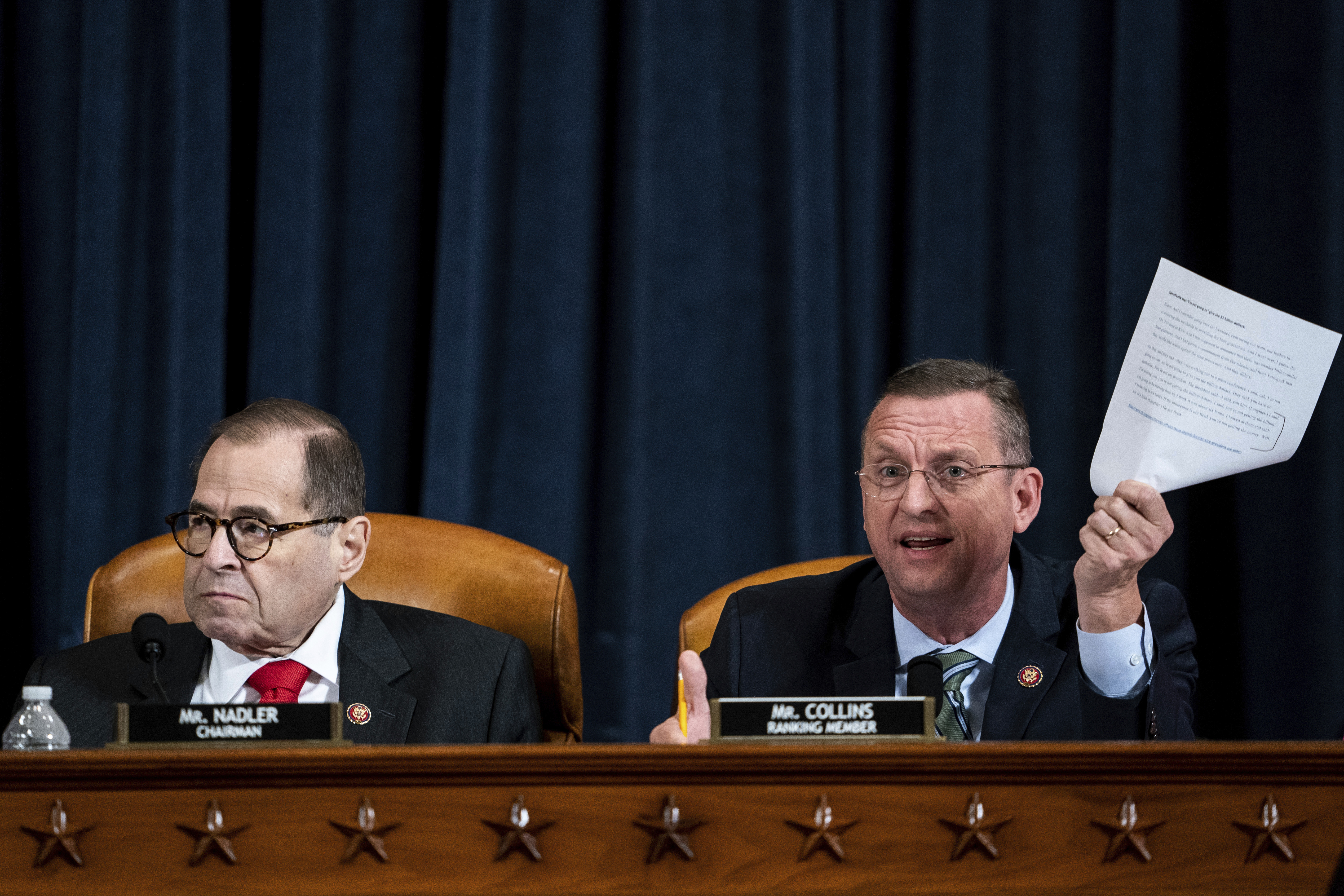