Buenos Aires: At least 30 people have been killed in flooding after record-breaking rainfall in southern Brazil, the news portal G1 is reporting.

At least 17 were still missing late on Saturday, the civil defence authority in the state of Minas Gerais said. 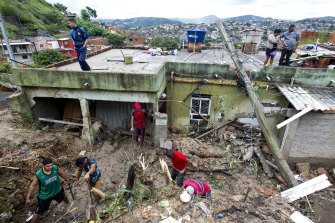 Locals work to clean up mud and debris around houses destroyed by a landslide after heavy rains in the Vila Ideal neighbourhood in Brazil. Credit:AP

The Brazilian weather service Inmet said that in the past two days, the regional capital Belo Horizonte had seen the most intense rainfall recorded in more than 100 years.

Landslides forced more than 2600 people in Belo Horizonte to leave their homes. 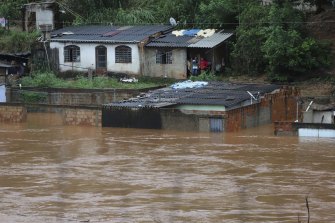