Dozens of North Korean soldiers were injured by exploding landmines which they were laying on the border with China, a source in the country has said.

The explosion happened while the border guard troops were burying the mines to stop people defecting from North Korea, according to Radio Free Asia.

A North Korean resident said Kim Jong-un’s military authorities ‘did not provide sufficient training to the soldiers who were laying the mines’.

Most people fleeing the North escape via China rather than risking the heavily fortified DMZ that leads to South Korea, but both Pyongyang and Beijing have been cracking down on border crossings in recent years. 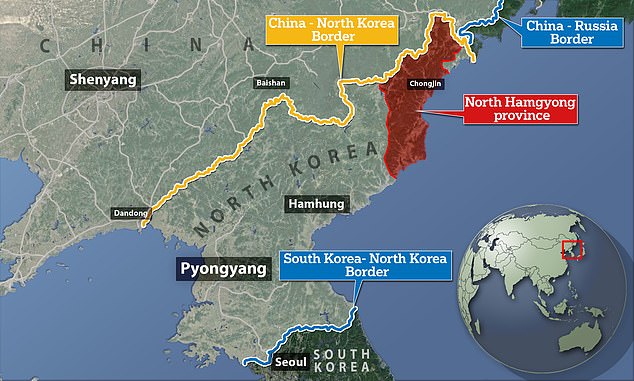 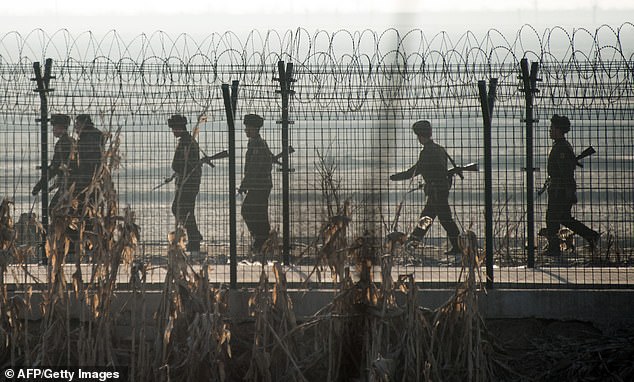 Dozens of North Korean soldiers were injured by exploding landmines which they were laying on the border with China (file photo, North Korean troops by a border fence with China)

The North Korean resident who revealed the landmine accident claimed it was the first time in the North’s history that mines were being placed on the Chinese border.

‘This can only be interpreted as an attempt to completely seal the border and prevent residents from fleeing,’ they said.

By contrast, there are known to be millions of landmines near the border with South Korea, some of them left over from the Korean War which ended in stalemate in 1953.

Despite the recent accident, more North Korean soldiers have been assigned to finish the landmine work, the source said.

However, the explosion has left them nervous and uneasy, they said, after military leaders failed to provide proper training.

The explosion occurred in North Hamgyong, the northernmost province in the country, while mines have also allegedly been laid in nearby Ryanggang.

The 880-mile border with China is usually especially porous in winter, when people can flee North Korea across frozen rivers.

But North Korea imposed strict border closures earlier this year to fend off the coronavirus, which Kim Jong-un’s regime claims to have kept out entirely.

Experts say the lockdown is hurting an economy which is already battered by US-led sanctions and which usually relies on China as its largest trading partner.

However, China warned earlier this year that people could be shot if they venture too close to the North Korean border. 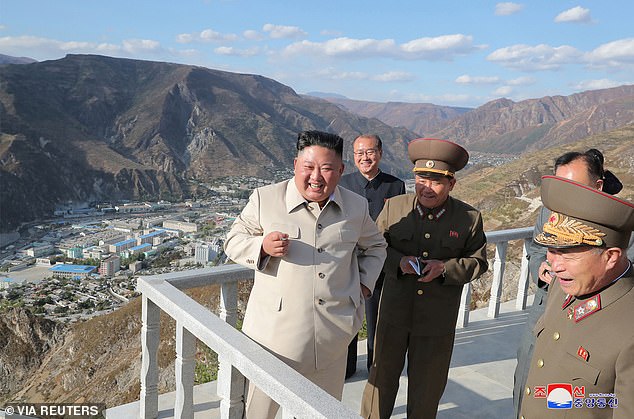 North Koreans can be sent to prison camps for trying to defect to the South or for working or living in China.

The defectors are a source of tension between the two Korean states and are denounced as ‘human scum’ by official media in the North.

Some defectors have been known to send propaganda leaflets across the DMZ, enraging the North which has threatened military retaliation.

In June, the North blew up a liaison office meant to foster better ties between the two countries after voicing anger about the defectors’ activities.

Experts say the dawning of Kim Jong-un’s regime in 2011 led to a crackdown on the Chinese border with more fencing, guard posts and monitoring of phone calls.

China also disrupted escape attempts in a series of raids in 2019 which saw at least 30 North Korean defectors rounded up.

Some of the arrests occurred miles away from the ‘red zone’ near the North Korean border, including raids on at least two safe houses.

One refugee worker said China wanted to stop an influx of North Korean refugees as happened in the 1990s due to famine in the secretive country.