Dozens of pupils attack each other with MACHETES in South Africa

A violent riot broke out by a school in South Africa when students began attacking each other with machetes to settle a dispute.

Video footage shows dozens of students giving chase while armed with razor sharp weapons – known locally as pangas – as others scream in fear and run for their lives.

Students still in school uniforms can be seen wielding the machetes, slashing after fellow pupils from a secondary school in Limpopo Province, north South Africa. 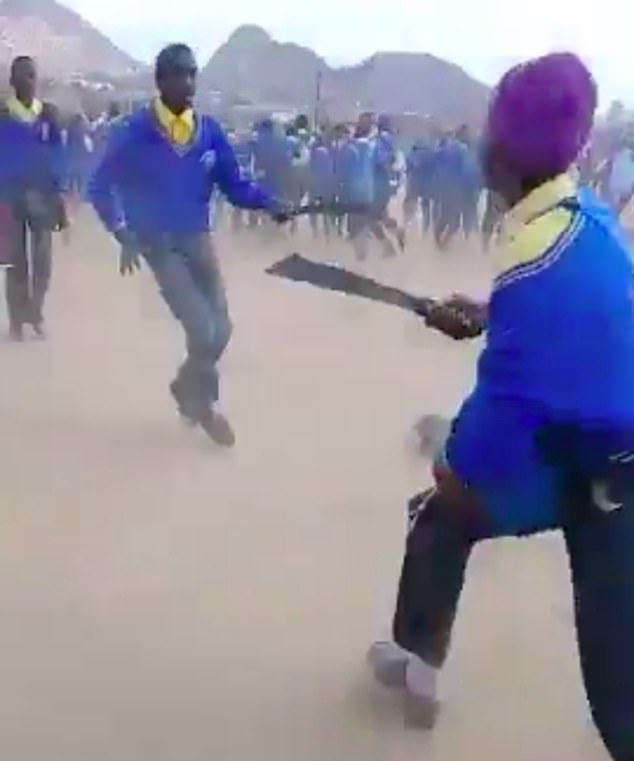 Video footage shows dozens of students from a school in Limpopo Province, South Africa, chasing after each other while armed with machetes

The steel weapons can easily decapitate a man’s head or a limb and it is thought the pangas had been taken into class at the school in the students’ backpacks.

It happened after lessons when pupils still in uniform from Tlakale Mashashane Secondary School in Takalane village walked home, and the fight was off school grounds.

It is believed one pupil was injured during the incident but the school refused to comment.

The post on Twitter by Napjadi Letsoalo was accompanied by the message: ‘I write this as a concerned citizen. The way in which our youth is behaving in schools is appalling. Their behaviour is clear evidence of anarchy. Corporal punishment should return’. 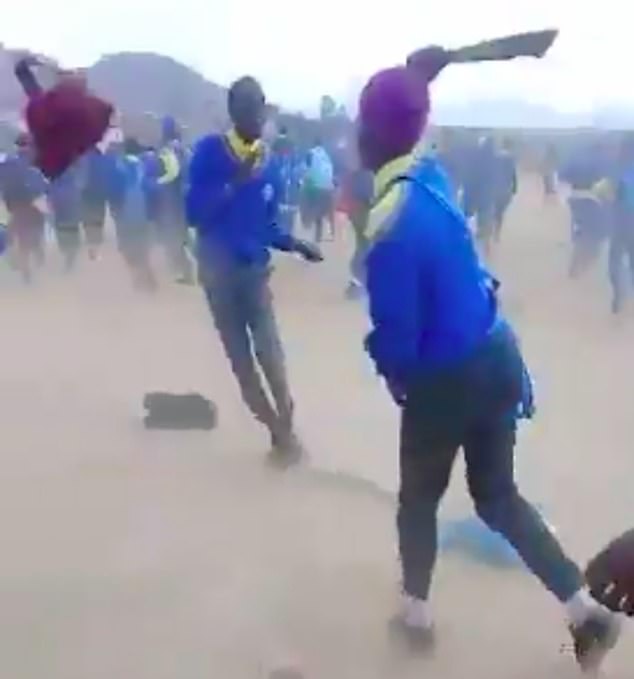 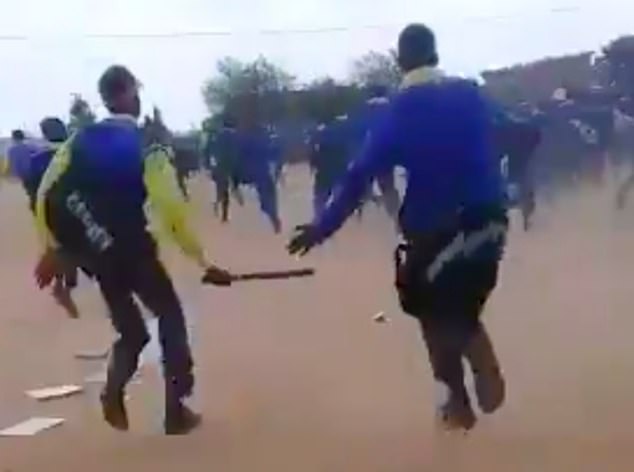 Provincial Education Department spokesman Sam Makondo confirmed that an investigation is underway to determine what the weapons were and if they had been taken into school.

He said: ‘There will be a disciplinary hearing to establish what the fight was about. It happened in a community area after school but the learners were still in school uniform.

‘The South Africa Schools Act prohibits the carrying of any weapons in school and learners are not allowed anything dangerous as learners have the right to be safe when studying.

‘We expect learners only to have books and things being used for their learning in school and those responsible will have to come and answer before a disciplinary hearing.

‘Learners have a right to feel safe both in school and after school. We strongly condemn any violence either in or outside school and we are taking this very seriously’ he said. 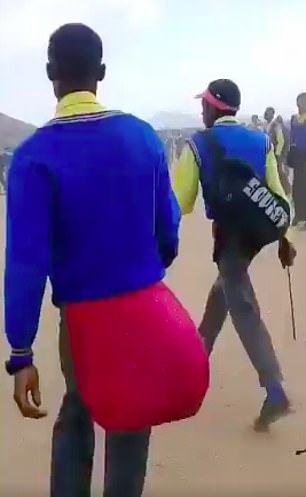 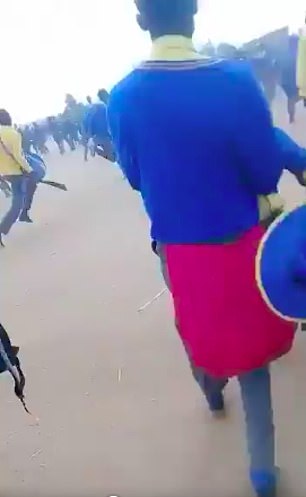 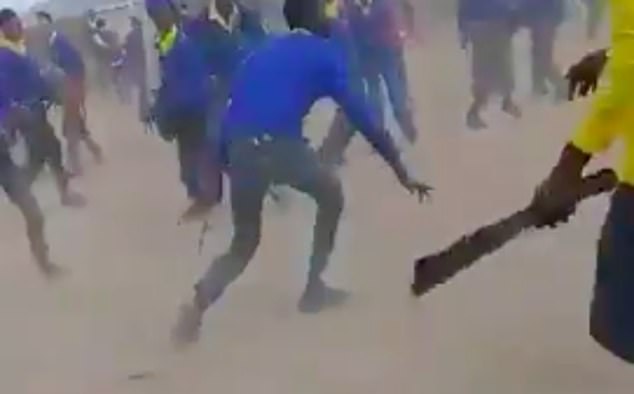 Violence in schools against both teachers and pupils in South Africa has reportedly increased in recent months, and just weeks ago, a maths teacher was stabbed to death by a student.

Gadimang Mkolobate, 24, died of injuries inflicted by a 17-year-old schoolboy in Zeerust, North West Province and his attacker was arrested and charged with murder.

Around the same time, a 15-year-old pupil was arrested in Johannesburg for pulling out a gun and pointing it at a terrified teacher and threatening to shoot after an argument in class.

On Monday, a 17-year-old armed boy was arrested for attempted murder after chasing after fellow students at a school in Katlehong near Johannesburg.

He reportedly tried to stab five other students, who were forced to lock themselves in the principal’s office until police arrived.

Earlier this week, police also had to quell riots at the Ndaliso Senior Secondary School in the Eastern Cape where hundreds of pupils went on the rampage after failing their exams

They demanded to be given reports saying they had passed and when the school refused, the deputy principal was attacked and the school administration block burned down.