DOZENS of Secret Service officers and agents who were at Donald Trump's rally in Tulsa over the weekend have been told to self-quarantine.

The order comes after two of their colleagues who had been in contact with other agents the night before the rally in Oklahoma tested positive for coronavirus. 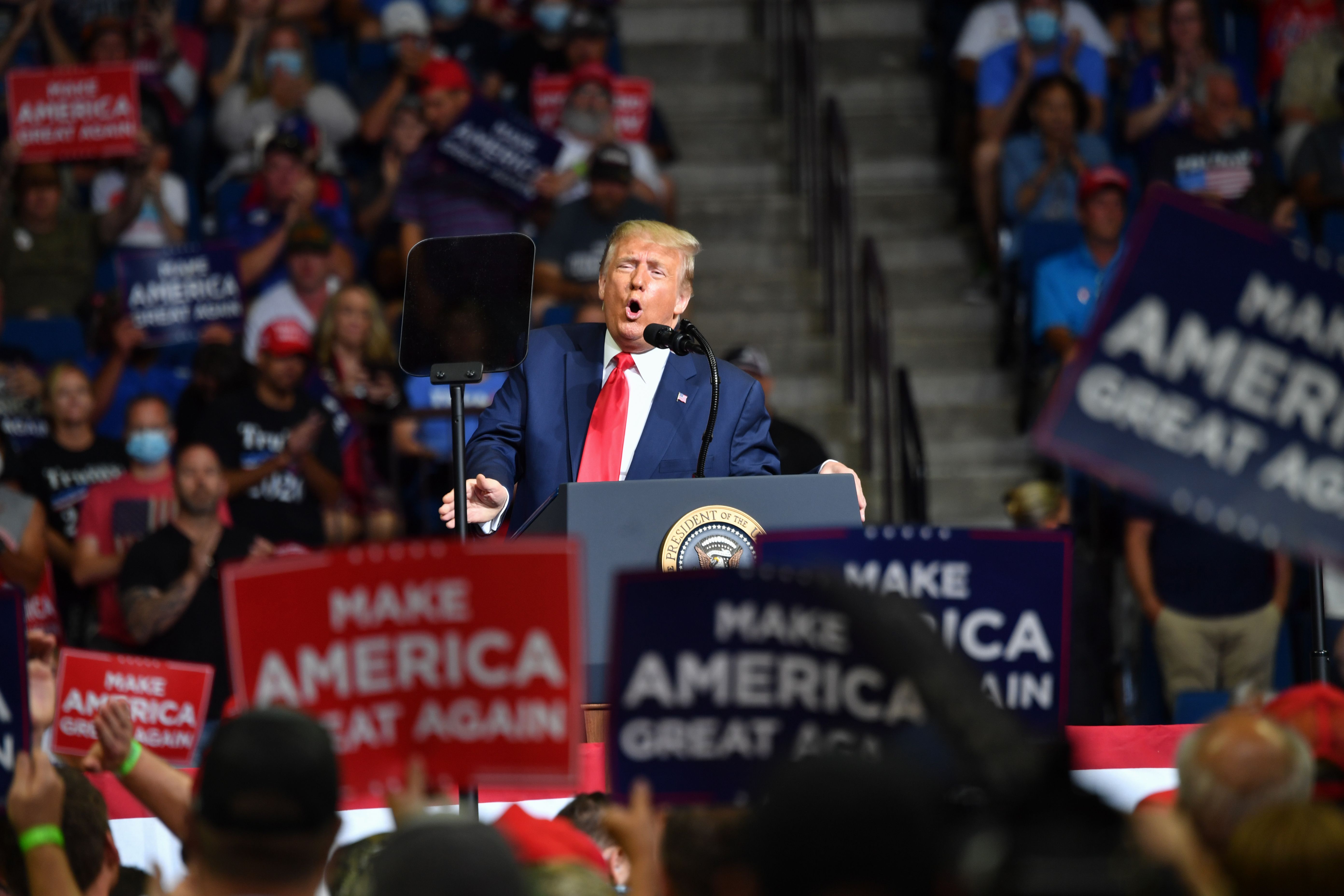 According to the Washington Post, the two Secret service agents who caught COVID-19 were not at the rally, but had been at a Friday planning meeting with other agents.

Those agents continued to work at the rally even though they may have been exposed.

Campaign spokesman Tim Murtaugh said: "No COVID-positive staffers or anyone in immediate contact will be at today's rally or near attendees and elected officials."

However, the Secret Service warned all employees who worked in Tulsa on Saturday to isolate as they returned from the trip.

The two staff members identified as having coronavirus were among six who tested positive just hours before the rally was set to begin.

Two more staff members tested positive once they returned to the White House on Sunday.

According to CNN, the positive cases from Tulsa caused the Secret Service to decide to test agents involved with presidential trips for the next couple of weeks.

It's reported that an email was sent out to agents Wednesday telling them they must now be tested 24 to 48 hours before a presidential trip, in line with "good common sense."

The mandatory testing will remain in place until July 4.

An official told CNN: "We want to make sure that we have a healthy workforce and that we are protecting our people.

"This is good common sense."

Secret Service spokeswoman Catherine Milhoan added: "The U.S. Secret Service remains prepared and staffed to fulfil all of the various duties as required.

White House spokesman Judd Deere also said: "The President takes the health and safety of everyone travelling in support of himself and all White House operations very seriously.

"When preparing for and carrying out any travel, White House Operations collaborates with the Physician to the President and the White House Military Office, to ensure plans incorporate current CDC guidance and best practices for limiting COVID-19 exposure to the greatest extent possible."

Yet former agents told the Post that the positive tests in Tulsa show how risky the job of protecting the President can be.

The Tulsa rally was meant to reignite Trump's 2020 campaign after being postponed because of the coronavirus pandemic.

It was originally set to take place on Friday, but was rescheduled after outrage that it would clash with Juneteenth celebrations.

There were also calls from Tulsa's officials to have mandatory social distancing, forcing all supporters to wear masks – but this didn't go ahead.

In the end, only 6,200 supporters attended Saturday's rally.

Attendees were asked to sign a waiver agreeing not to sue the campaign if they contracted coronavirus, acknowledging the "inherent risk of exposure to COVID-19 exists in any public place where people are present.

"By attending the Rally, you and any guests voluntarily assume all risks related to exposure to COVID-19 and agree not to hold Donald J. Trump for President, Inc.; BOK Center; ASM Global; or any of their affiliates, directors, officers, employees, agents, contractors, or volunteers liable for any illness or injury," the disclaimer read.

Before the rally, Oklahoma had experienced a rise in coronavirus cases, causing many to fear the worst when thousands of Trump fans took to the streets in massive lines awaiting the President at the BOK centre.

Bruce Dart, the director of Tulsa's Health Department, said in a press conference Wednesday that there were 259 new confirmed cases that day, a record for the county.

He added that the number of confirmed coronavirus cases had already risen 92 per cent in the week leading up to the Trump rally and hospitalizations rose 133 per cent among people ages 18 to 35. 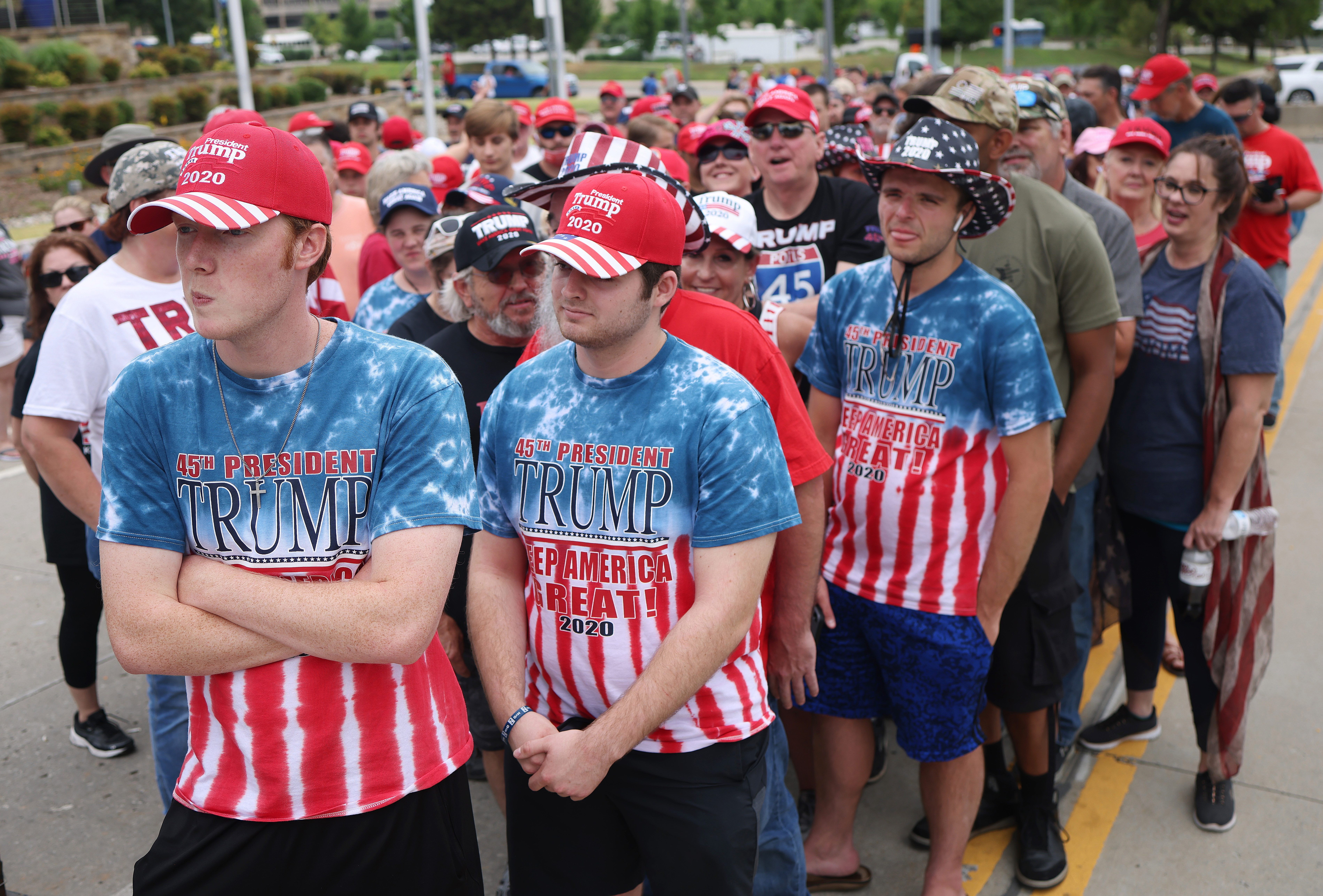 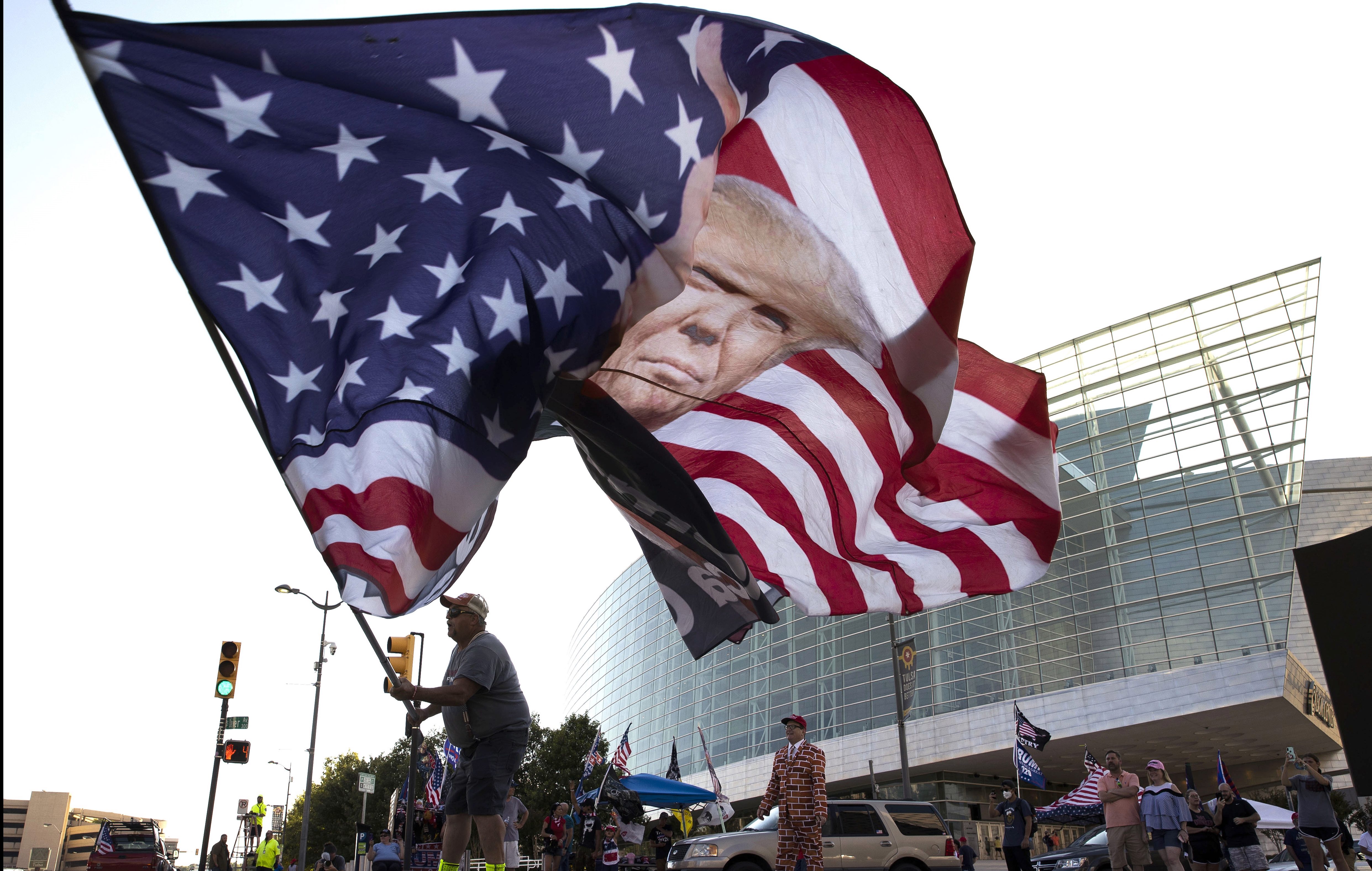 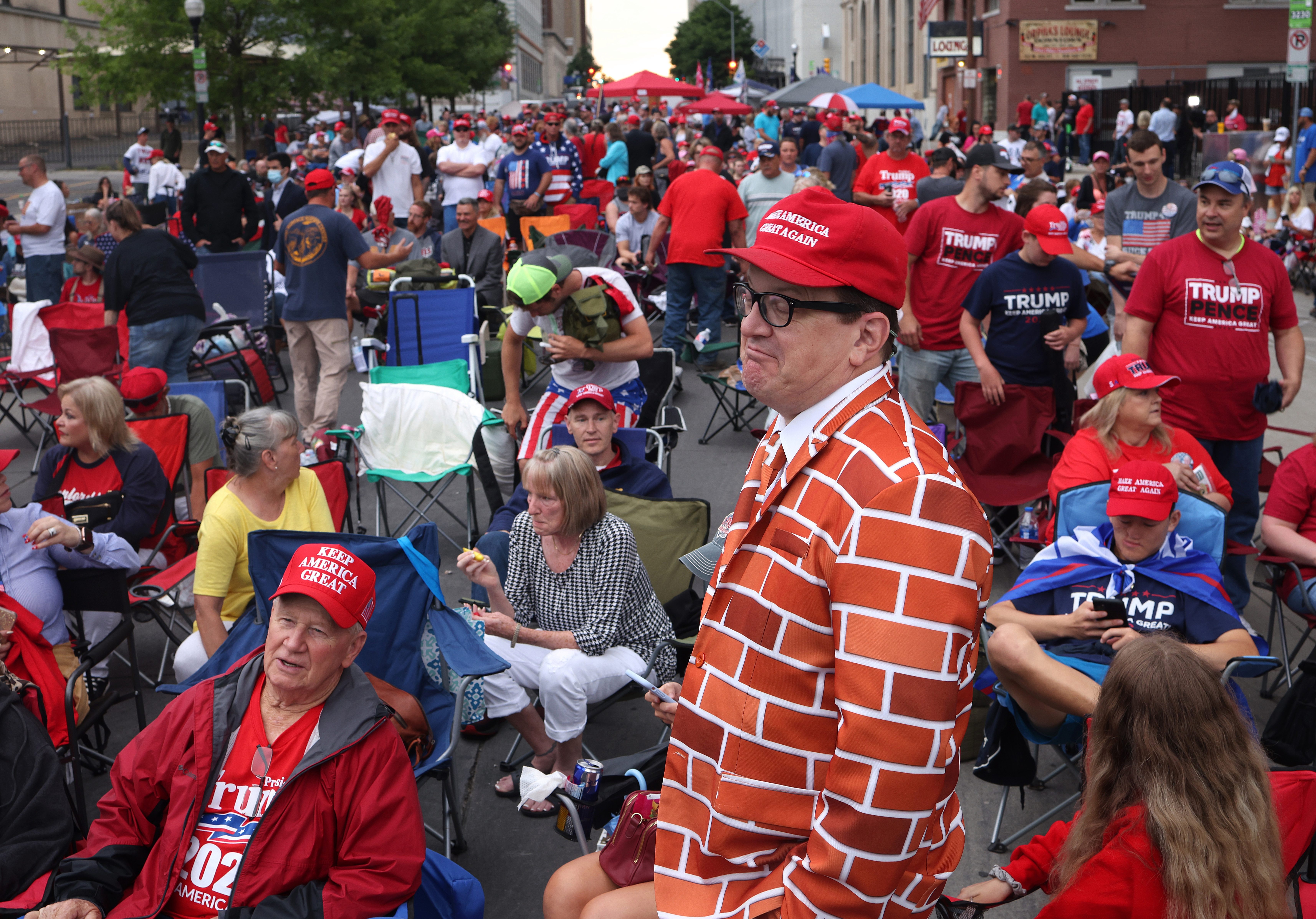 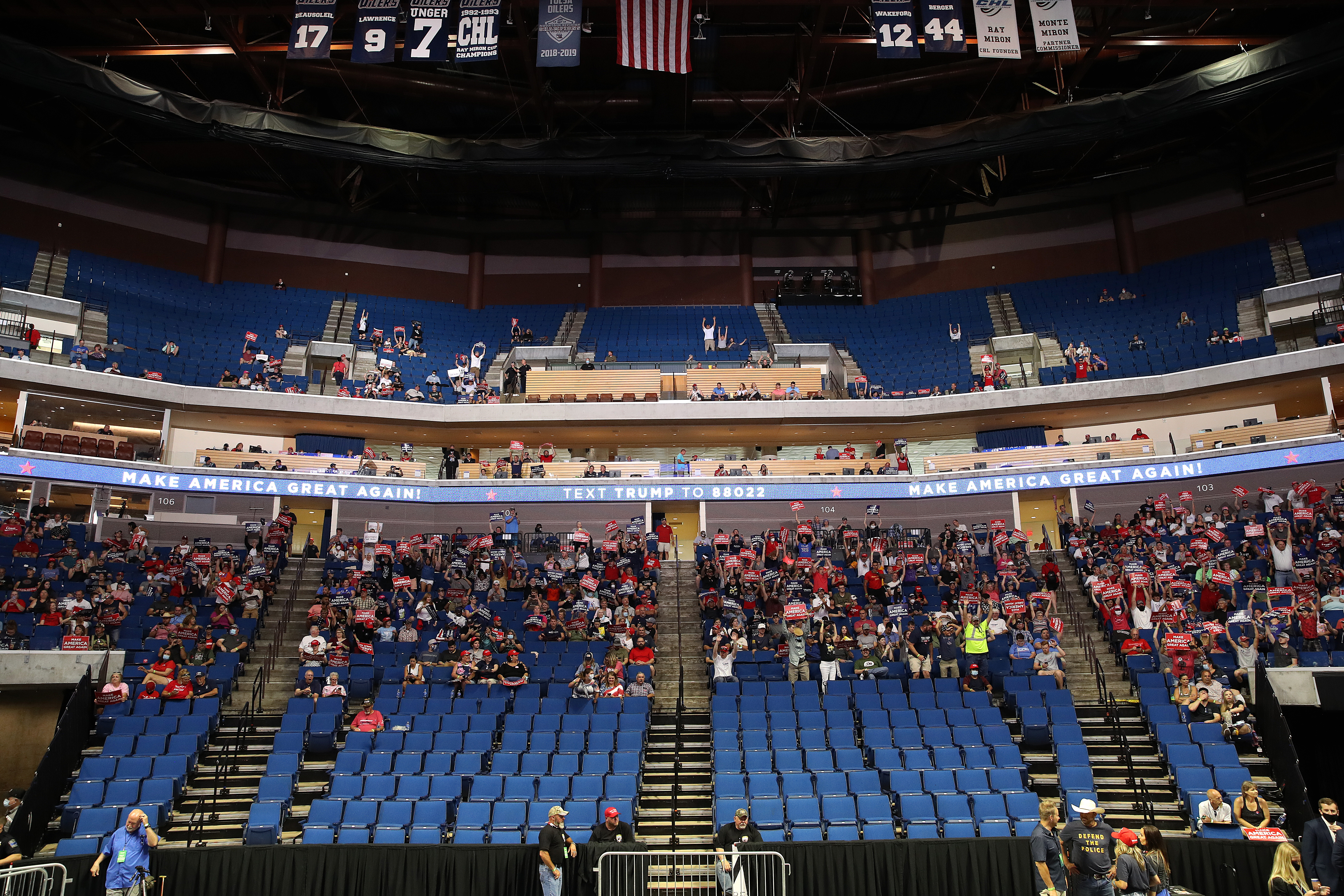