THIS is the dramatic moment a suspect grabs a cop’s own gun and pistol whips him before opening fire on other officers.

Joe Cerpa Guzman, 29, is now being held on suspicion of attempted murder of a police officer with bail set at $2.23million. 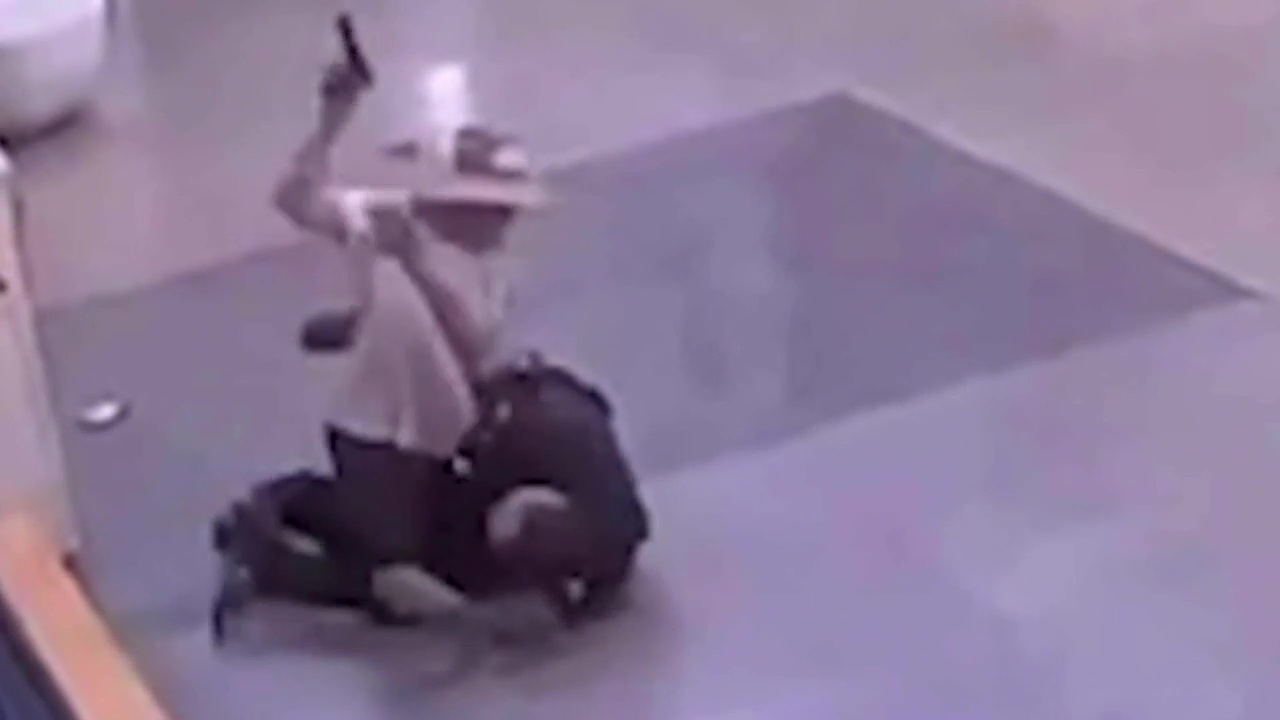 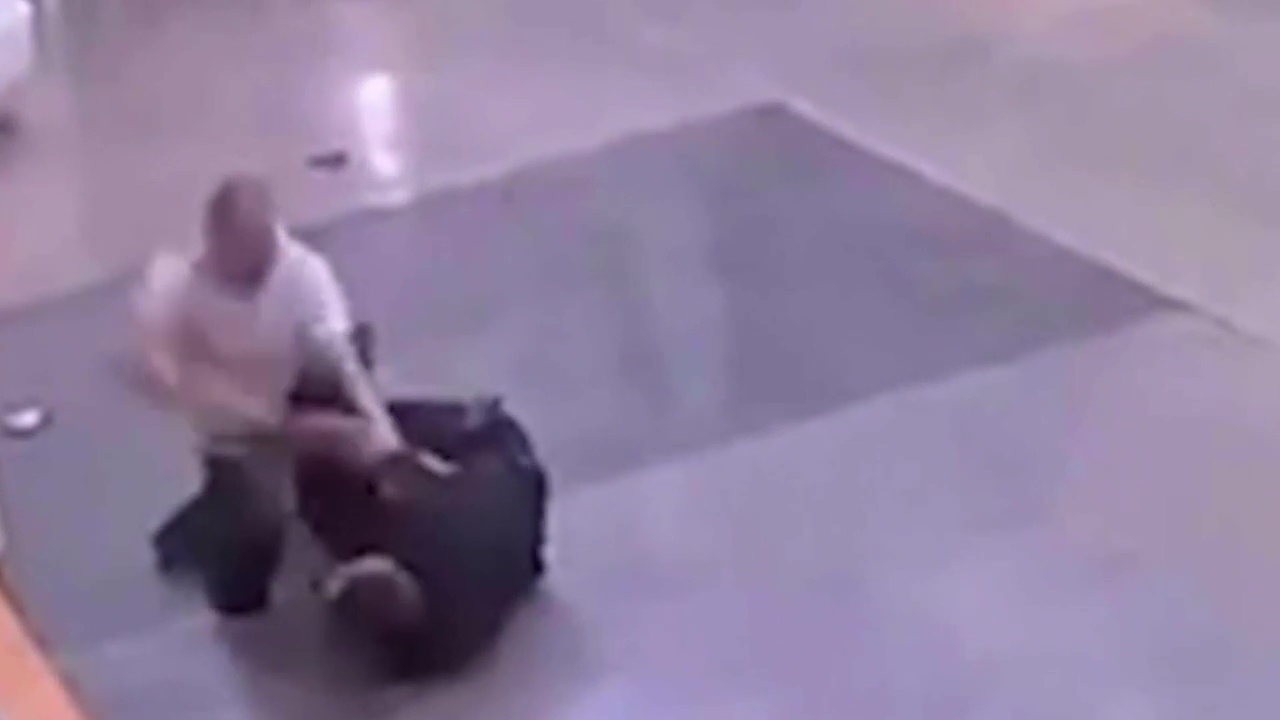 The footage, obtained by the LA Times, shows the officer getting knocked off his feet by a blow to the head by Guzman.

It is then that the officer's belt drops several items to the floor including his handgun.

The 29-year-old grabs the fallen gun and begins to pistol-whip the officer repeatedly before pointing the gun at his chest in close range.

Police told investigators that they believe Guzman had repeatedly pulled the trigger creating a clicking noise however the safety mechanism on the gun prevented it from firing.

Two law enforcement sources told the LA Times that investigators believe that Guzman tried to shoot the officer in the stomach, chin and chest.

The officer involved in the Saturday night assault has not been identified but was immediately taken to a local hospital for treatment.

LAPD Chief Michel Moore said the officer had escaped with “bumps and bruises”.

"I am grateful that the officer who was in this incident tonight, who was working the desk, came out to assist this individual to understand what his needs were, that he survived and that during this engagement that he did not lose his life.”

Police have said that Guzman and a watch commander who came upon the scene exchanged gunfire during the incident.

LAPD officials claim that she had fired her weapon and allege that Guzman shot the stolen gun three times.

After his escape, Guzman was found several blocks away from the station where he was stopped by police at gunpoint.

LAPD has not revealed the motive for the attack.

Craig Lally, president of the union that represents LAPD officers, said the attack was unprovoked with "no rhyme or reason to it."

"It just shows you how dangerous this job is now. You don’t even have to be responding to a call now. 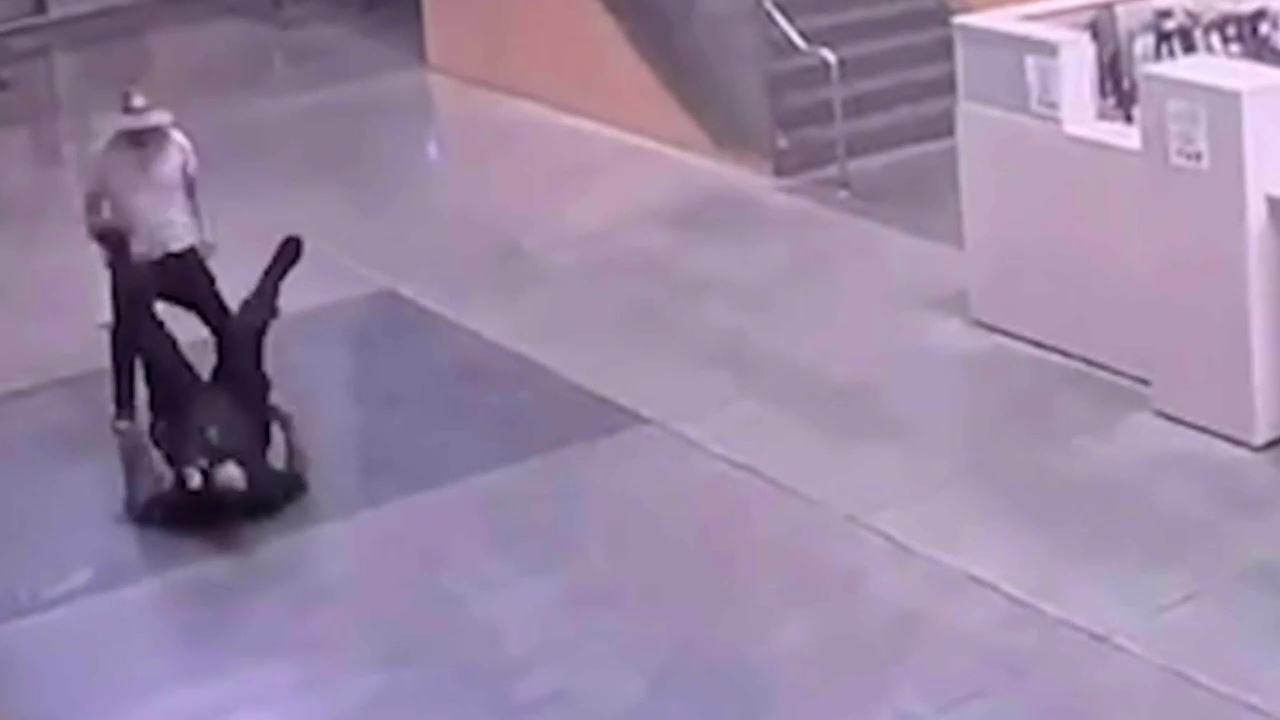 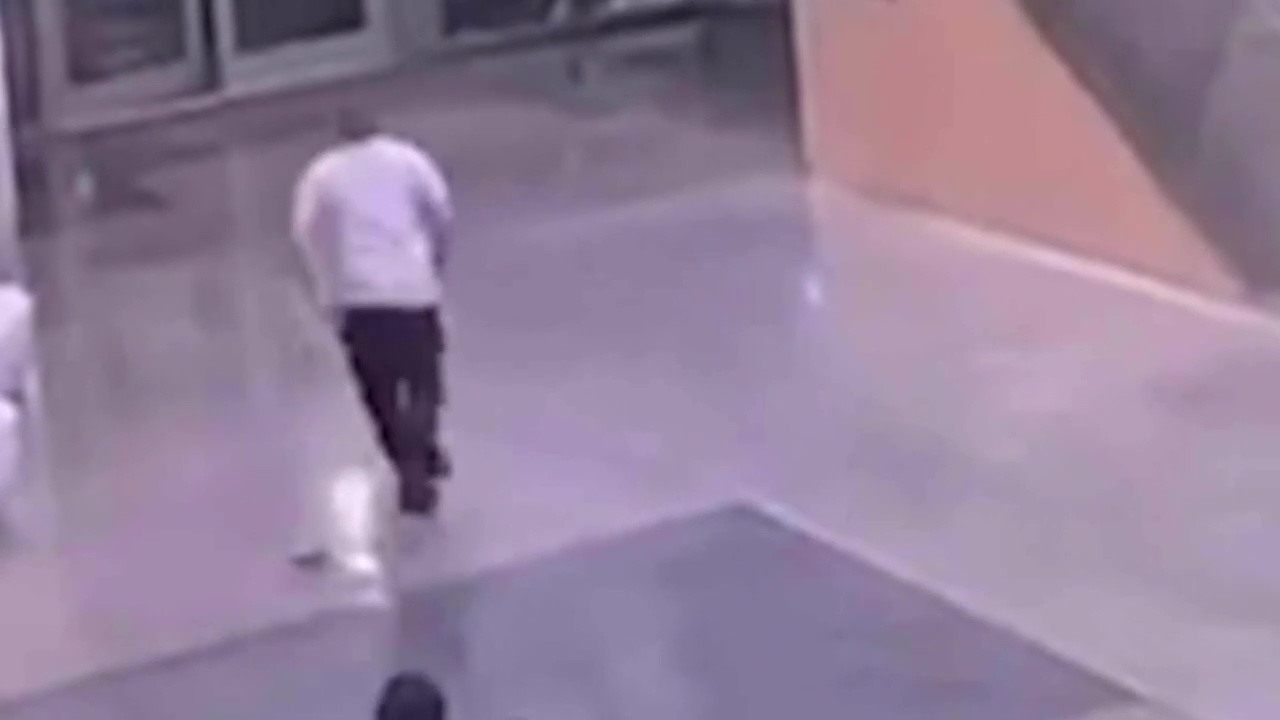 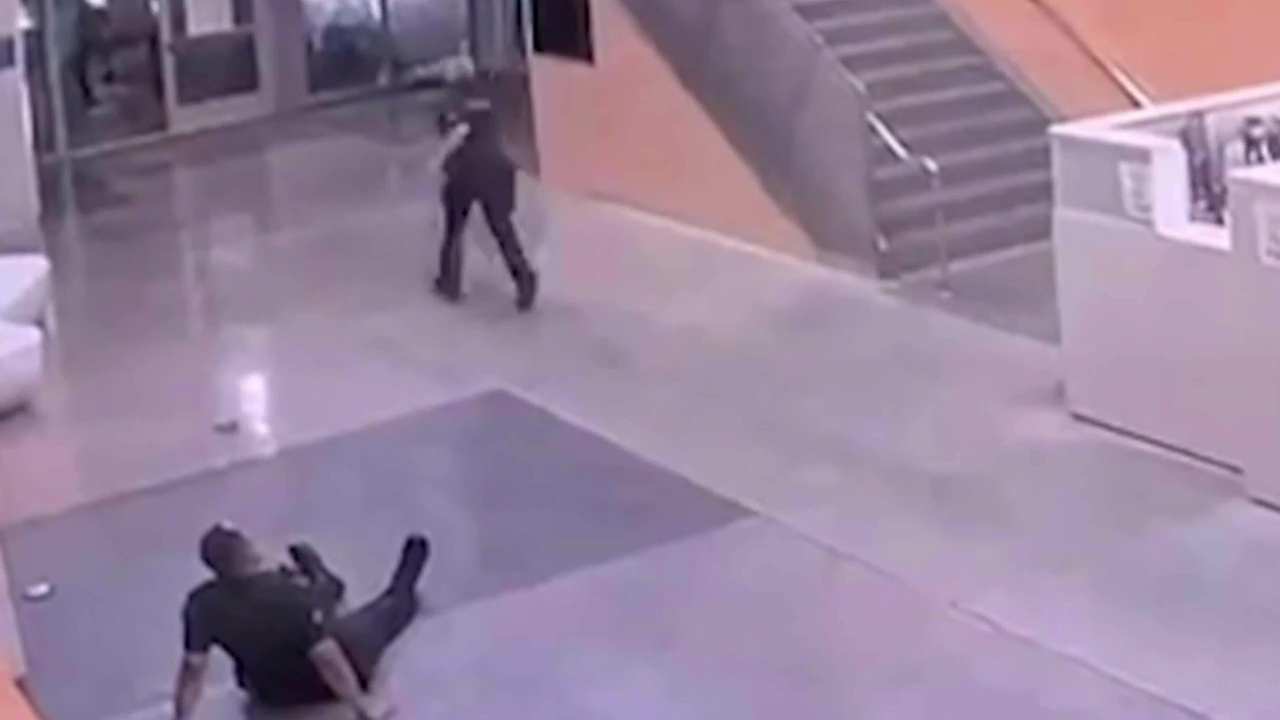