This is the dramatic moment a Royal Navy chases off and ‘hits’ a Spanish police boat as it was speeding through Gibraltarian waters trying to apprehend suspected smugglers.

Footage taken from the suspects’ boat shows a Royal Navy vessel ‘interposing’ itself between them and the Spanish Civil Guard at around 8pm last Friday.

Incendiary Spanish reports claim the British speedboat struck that of the Civil Guard and that the incident took place in ‘Spanish waters Gibraltar claims sovereignty over.’

The Spanish police were eventually able to apprehend the suspected cigarette smugglers but found no evidence of anything illegal or contraband on their boat. 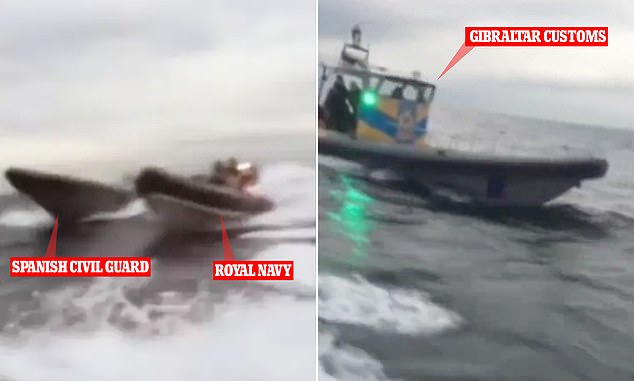 Footage taken from the suspects’ boat shows a Royal Navy boat between it and the Spanish police vessel on the starboard side. On the port side, a Gibraltar Customs boat is also in tow 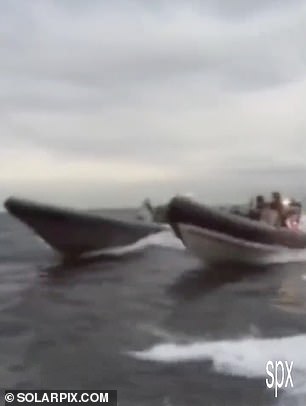 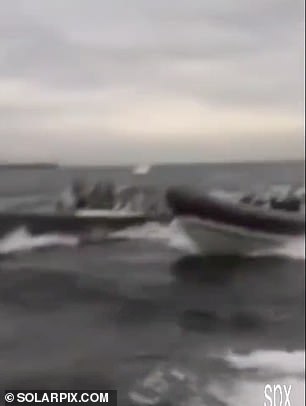 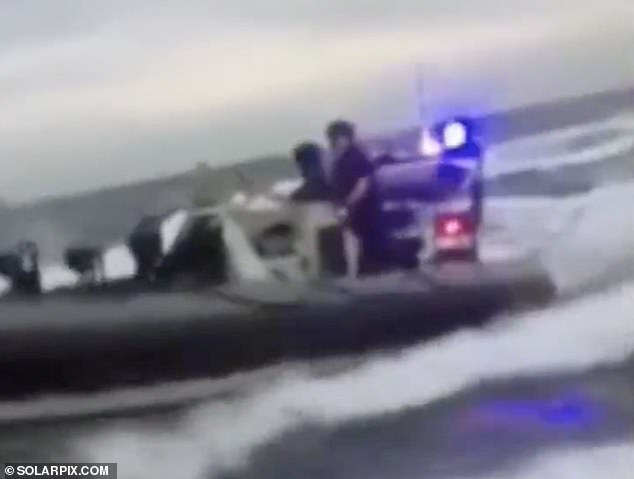 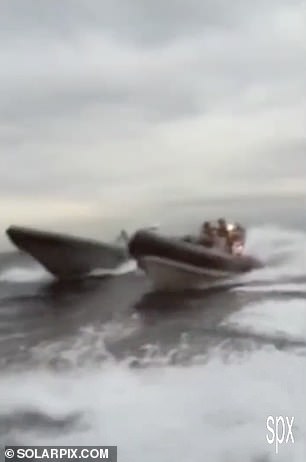 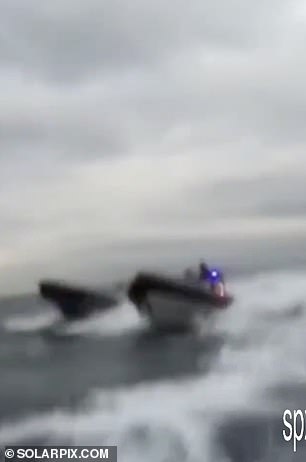 The high speed chase was filmed by the suspected smugglers. Their boat was later found to not be carrying anything illegal or contraband

Spanish government officials and the Civil Guard have not yet made any official comment.

MailOnline has contacted the Ministry of Defence for comment.

In January, the Royal Navy was forced to expel a Spanish police vessel from the Bay of Gibraltar in an incident that lasted over 45 minutes.

The reason for that incursion was not made clear.

The Spanish ship was subsequently given repeated sovereignty warnings by the Royal Navy. The HMS Dasher and a Royal Navy RHIB were both dispatched to deal with the matter.

A Foreign, Commonwealth and Development Office spokesman later said: ‘We have no doubt about UK sovereignty over British Gibraltar Territorial Waters and protest incursions from the Spanish authorities.’

Defence Minister Baroness Goldie said at the time of the announcement: ‘This £36 million investment allows our MOD Police and Gibraltar Defence Police Forces to enhance the vital security service they provide to our military bases at home and overseas.

‘Designed and constructed by maritime experts in the UK, this contract reaffirms our commitment to invest in homegrown industry knowledge and support the protection and creation of skilled jobs.’ 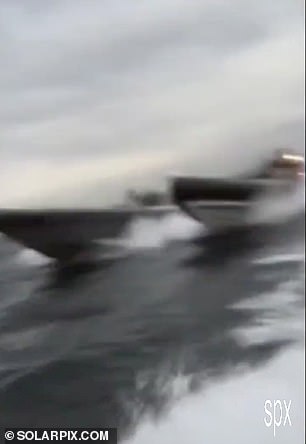 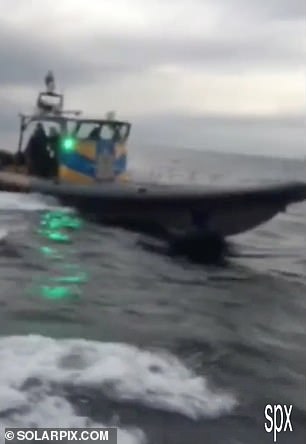 HMS Cutlass is the first of two new cutting-edge fast patrol boats that are being built by Merseyside-based Marine Specialised Technology (MST) at a cost of nearly £10 million.

Footage of HMS Cutlass being put through its paces at 41 knots was tweeted by Admiral Tony Radakin, the First Sea Lord, at the weekend.

He said in a message along the video he posted: ‘Impressive to see HMS Cutlass which will soon join the @RNGibSqn, going through her paces acheiving 41kts in Liverpool.’

Gibraltar claims three nautical miles around the Rock as its own. Spain insists the waters outside of Gibraltar’s port belong to them.

The latest incident is expected to lead to another formal complaint by the UK government to Spain.

Figures released by Britain’s Armed Forces earlier this year showed they had registered a staggering total of 830 Spanish incursions into the British overseas territory in 2020. 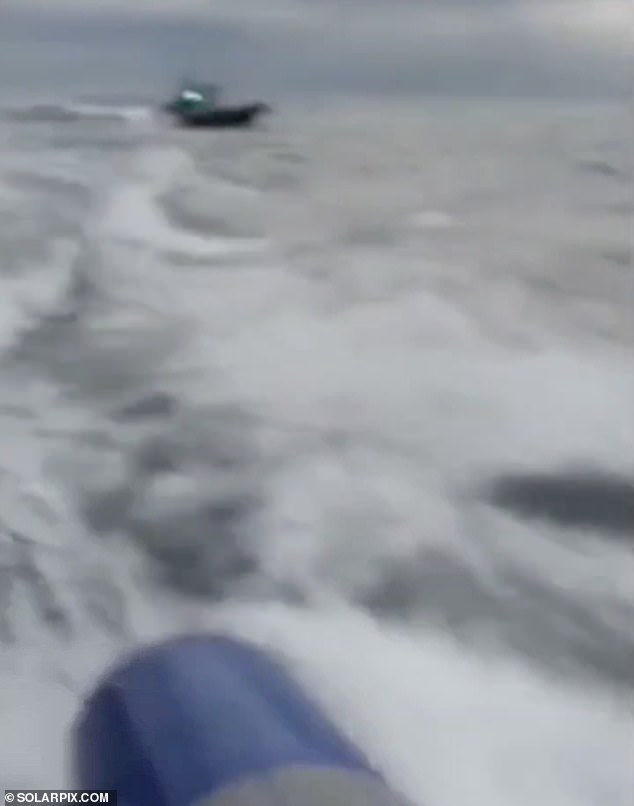 The Strategic Command of the Armed Forces recorded 37 overflights by the Spanish Air Force and 27 intrusions by Spanish Navy ships. The rest were carried out by the Guardia Civil or customs officers.

Britain records any incidents they consider to be Spanish incursions in the waters and airspace of Gibraltar, but Spain does not recognise such incidents because sea and airspace restrictions were not included in the Treaty of Utrecht which gave Britain sovereignty over Gibraltar in 1713.

The figures were released by defence chiefs after a Freedom of Information (FOI) request by a resident of Gibraltar.

British Armed Forces Strategic Command said its figures were based on ‘incursions’ into the ‘British Territorial Waters of Gibraltar’ as defined in the UN Convention on the Law of the Sea, which occurred between January 1 and December 31 2020.

Spain set alarm bells ringing at the start of the year with a promise to regain sovereignty of Gibraltar.

Then-Spanish Foreign Affairs Minister Arancha González Laya made it clear the country has not renounced the ‘sovereignty’ nor the ‘co-sovereignty’ of Gibraltar after Brexit.

She issued the warning during a reply to parliamentary groups before the Joint Commission of the European Union of the Congress of Deputies when explaining the principle of the agreement between Spain and the UK over Gibraltar.