A HUNGRY driver left fellow motorists in a flap after getting a cheeky Nando's delivered to her car while queuing for petrol.

Lily Potkin, 40, was stuck for two hours in the "mother of all queues" because of the fuel crisis when she realised she needed to fill her own tank. 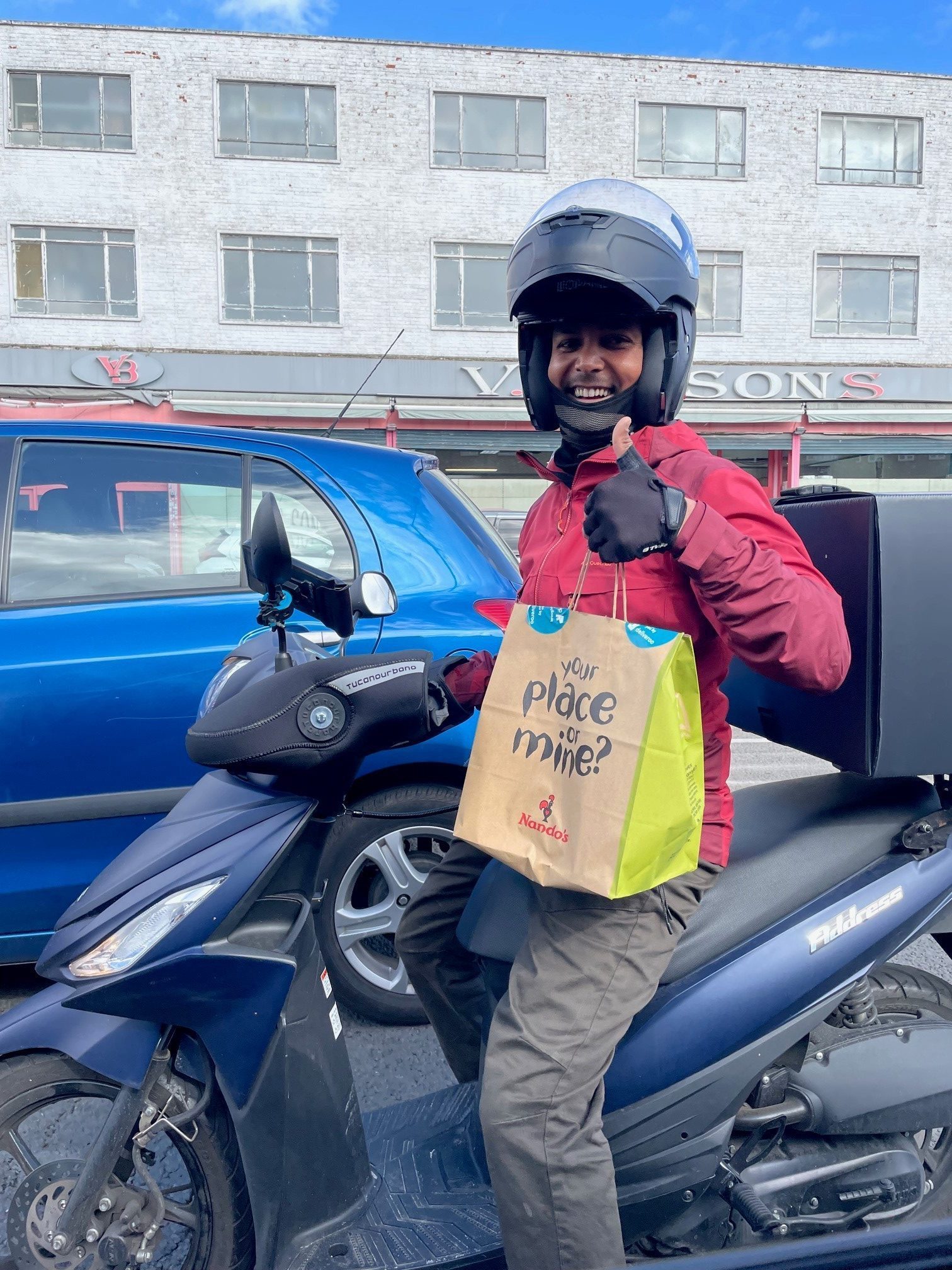 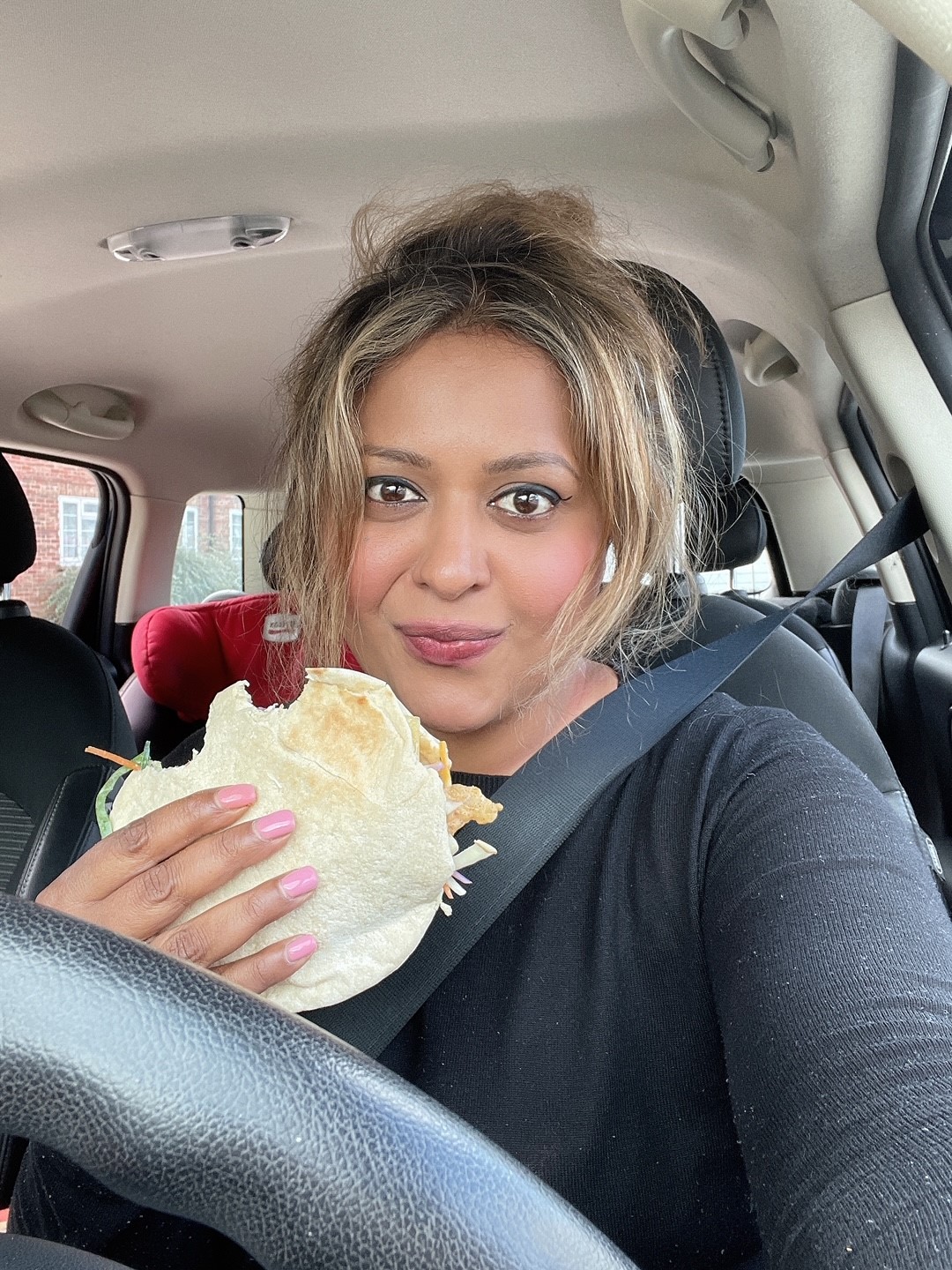 She decided to take advantage of her stationary situation by ordering a Nando's chicken wrap and peri-peri chips from Deliveroo to her car.

Pictures show Lily's delivery driver giving her a thumbs up as he dropped the goods off through her car window.

The mum-of-three can be seen beaming as she tucks into her grilled chicken pitta after a nervous wait at the garage in Harrow, North West London.

She said: "It was really funny. The people behind me saw him delivering it and the mood changed.

"Everyone was really aggy and then I could see all the people behind me cracking up. They were just in hysterics."

Lily had gone to the petrol station at lunchtime today to get fuel for the school run.

But she was horrified to discover a long queue of cars as drivers frantically attempt to fill up amid the ongoing chaos.

After waiting for an hour just to move one side of a roundabout, the mum's mind soon turned to lunch.

She said: "Everything in me was saying 'go home you idiot' as I was sat there getting so hungry.

"The traffic was moving so slowly so I thought I could get a Deliveroo where I was.

"I put the delivery pin a little bit further down the road and he just pulled up right outside my window."

Lily's aunt, who lives nearby, even dropped off more snacks as she sat in the queue.

She eventually made it on to the forecourt after a two hour wait – but then ended up stuck behind a driver who put the wrong fuel in their car.

The mum thankfully managed to get £35 worth of fuel under the new petrol cap restrictions but said it was like the "Hunger Games".

After she made it home, Lily posted a thread on Twitter documenting her Nando's delivery – with users branding her a "genius".

One said: "You are an absolute hero! Well done on the Nando's, your lovely aunt, and the petrol x"

While one person said: "Lily this is spectacular."

It comes as Britain's petrol pump chaos entered a fifth day, with panicked drivers queuing overnight to refill and Boris Johnson putting the army on standby to drive tankers. 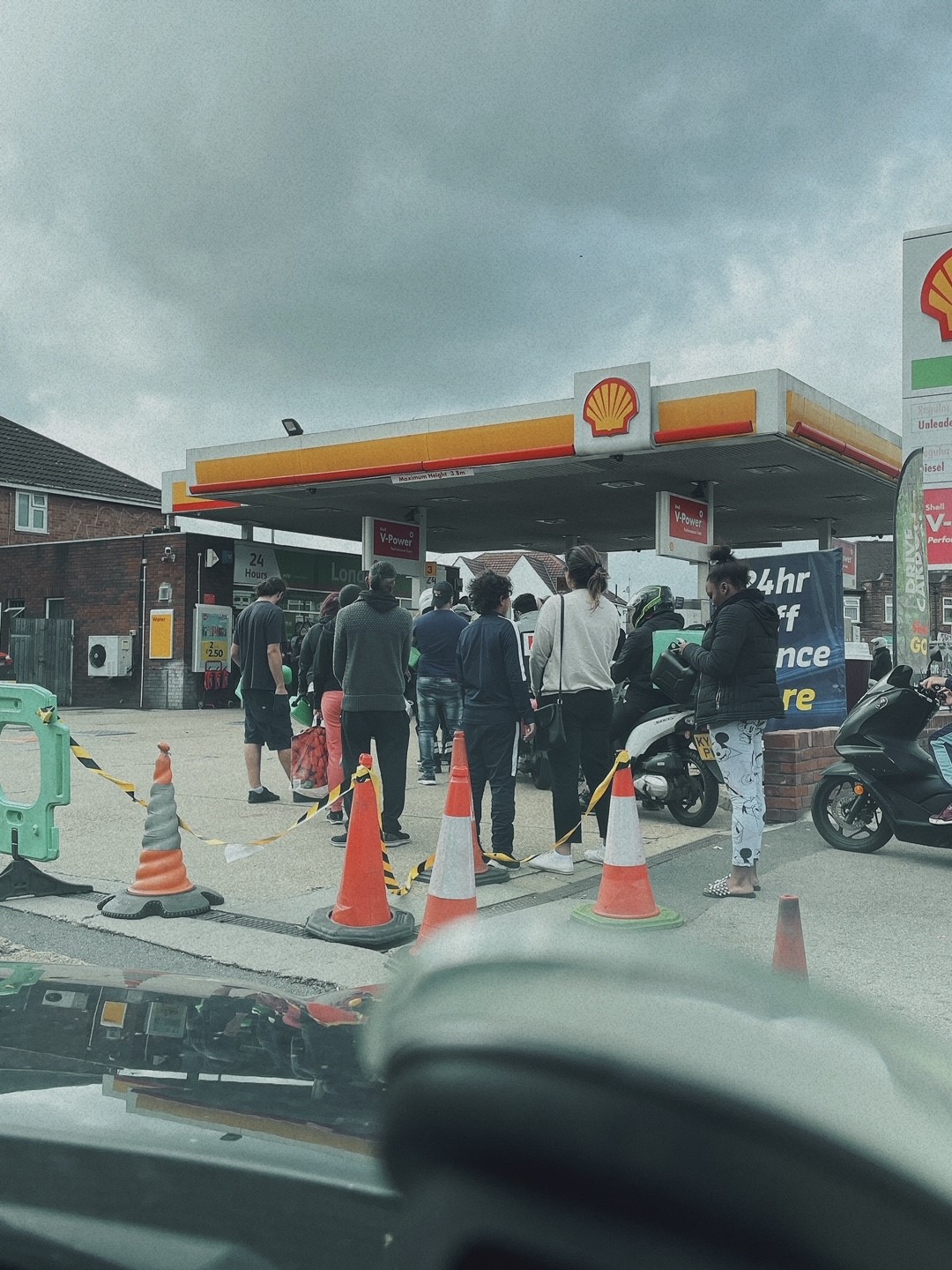 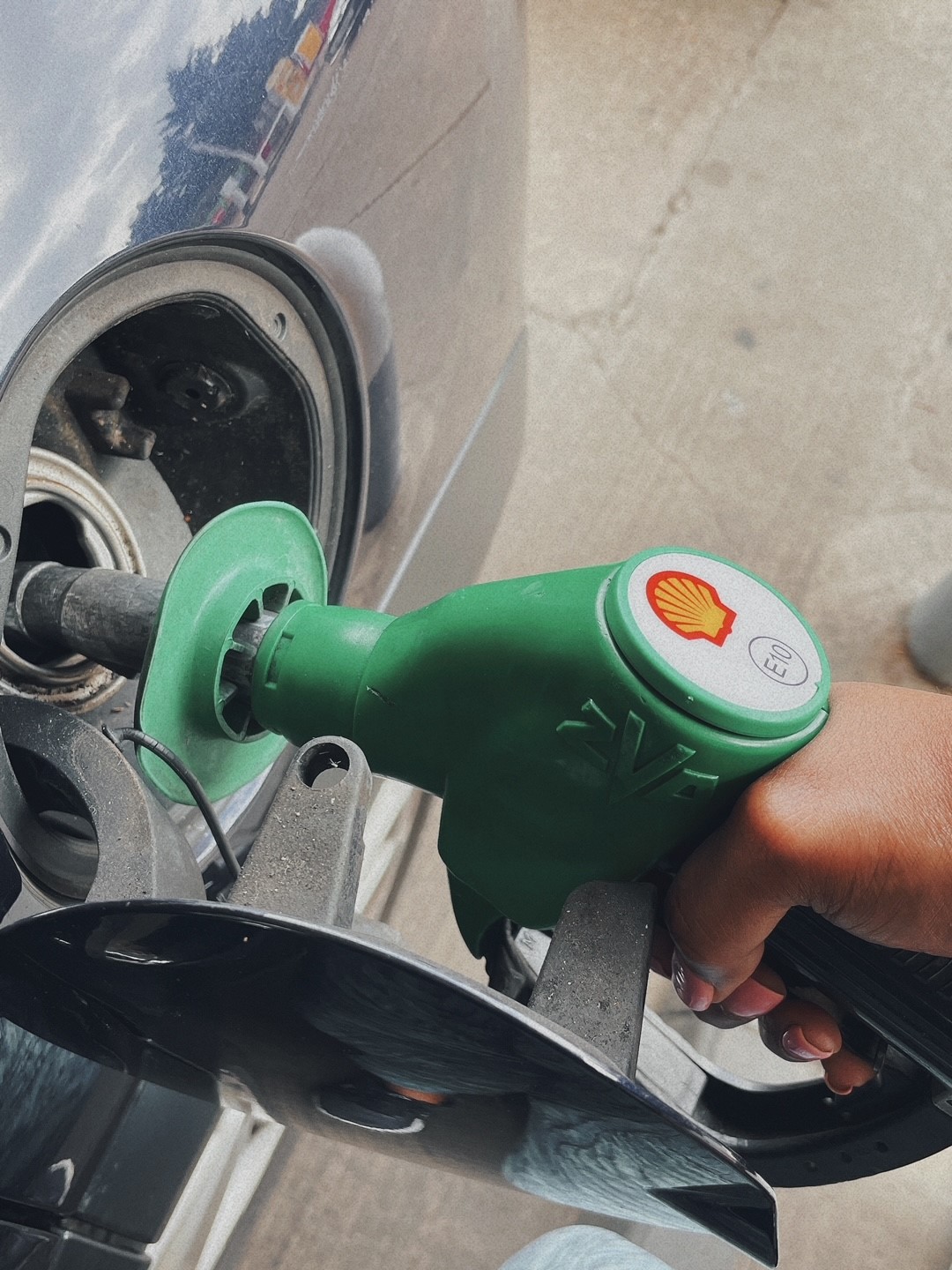