Terri-bull! Drunk Brit on stag do repeatedly fails to climb onto a mechanical bull – before it is even switched on

This is the hilarious moment a drunken man tries and fails repeatedly to hop onto a mechanical bull.

The man, named Damon, was on a stag do with 20 other people in Albufeira, Portugal.

He can be seen trying to jump on top of the bull multiple times but as he had drunk around 14 beers beforehand, he couldn’t even sit on the machine – even though it wasn’t switched on.

Eventually a friends steps in to help him on, but when the bull shifts position Damon is sent flying again.

The footage was captured by James Higgs, 39, on the first day of a friend’s stag do.

Mr Higgs, a franchise owner for DPD, said: ‘We were on my cousin Brett Coopers stag do in Albufeira, Portugal, there were 21 of us in total. 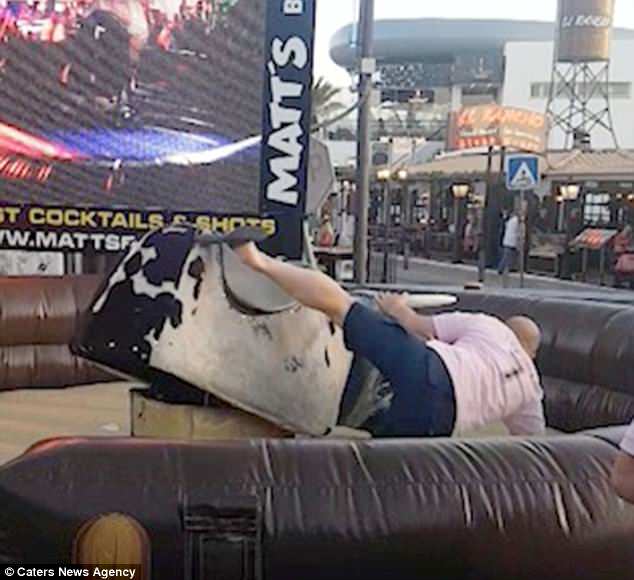 The man, named Damon, was on a stag do and repeatedly failed to climb on top of a mechanical bull

‘It was filmed on our first day there at Matts Bar in the strip in Albufeira.

‘As you can tell from the video I found it hilarious to the point where my stomach was hurting due to me laughing so hard.

‘The rest of the guys were the same – Damon had probably had about 14 drinks plus shots up to this point.

‘The next day he watched the video and realised what he had done and found it very amusing. 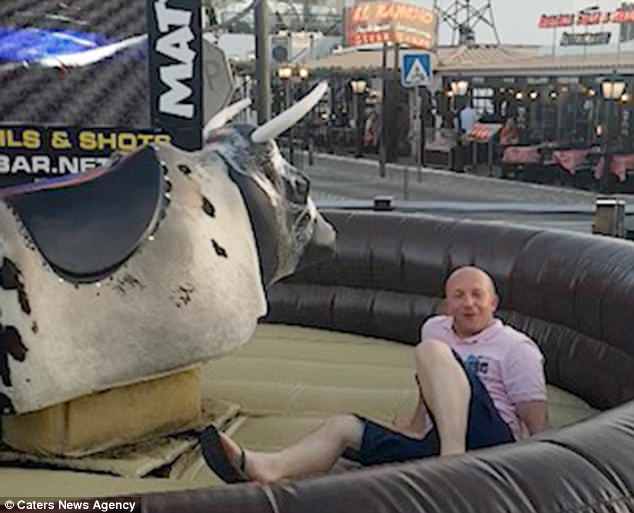 ‘We were all looking forward to a bit of sun and a few beverages and when we got there it was glorious sunshine so the alcohol was flowing well.

‘We only went to four bars in but at 14 drinks plus shots later and we ended up at Matts Bar where they had a mechanical bull and the rest was video gold as we were all left in hysterics as Damon attempted to mount the bull.

‘I’m not sure he would have ever got on if someone hadn’t have stepped in to help.’ 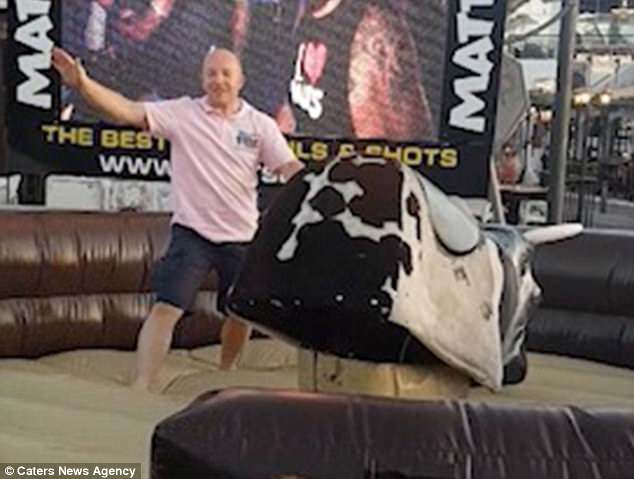 Eventually, a friend stepped in to help Damon climb on top of the bull – though he soon fell off once more