Police rushed to the scene after violence erupted following a celebration to mark the beginning of 2019 in the West Midlands. 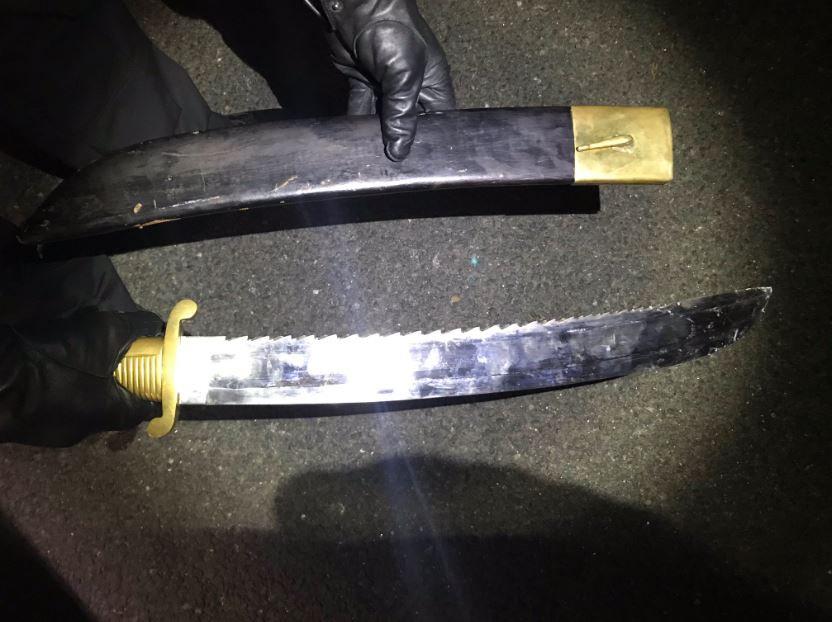 Officers found the "fearsome" weapon in a bunch outside the property and today confirmed the suspect remains in custody.

Richard Cooke, Chairman of West Midlands Police Federation, tweeted a picture of the sword following a night of violent assaults.

He wrote: "To be fair it's been a series of violent incidents since midnight.

"This is the #sword from latest job. Intoxicated man has attacked young woman following some NYE party with this!

"Discarded this in bushes outside. Fearsome weapon. Suspect in custody. #violentcrime #knifecrime."

Earlier in the evening, two people were robbed of their phones by three yobs who threatened them with machetes.

Last year West Midlands Police saw the biggest increase in knife crime outside of London with more than 2,000 incidents between January and June. Joe Giudice Reveals The ‘Aha Moment’ He Realized His Marriage With Teresa Was Over
We and our partners use cookies on this site to improve our service, perform analytics, personalize advertising, measure advertising performance, and remember website preferences.Ok