Drunken British GP, 45, avoids being struck off after assault

Drunken British GP, 45, avoids being struck off after gate-crashing business-class section of Emirates flight from Dubai to UK in hunt for another drink before abusing fellow passengers and ripping one’s T-shirt

A British GP who gatecrashed the business class section of an Emirates jet at 30,000 feet and abused fellow passengers while demanding alcohol has been allowed to keep his job.

Dr Richard Jones, 45, who is a medical advisor to the British Embassy in the UAE, faced career ruin after grabbing a woman’s arm and ripping another passenger’s shirt while on a flight from Dubai to London.

The General Medical Council heard how the ex-pat had called others on board ‘boring c***s’ after he bluffed his way into the bar area in an attempt to acquire himself another drink.

The senior doctor who works as a Family Medicine and Sports Medicine Specialist i in Dubai had been given at least three drinks by cabin crew whilst travelling in his economy class seat on the Emirates jet.

But when he was refused another he used his former employment as a medic with the airline to invade the upper deck section. 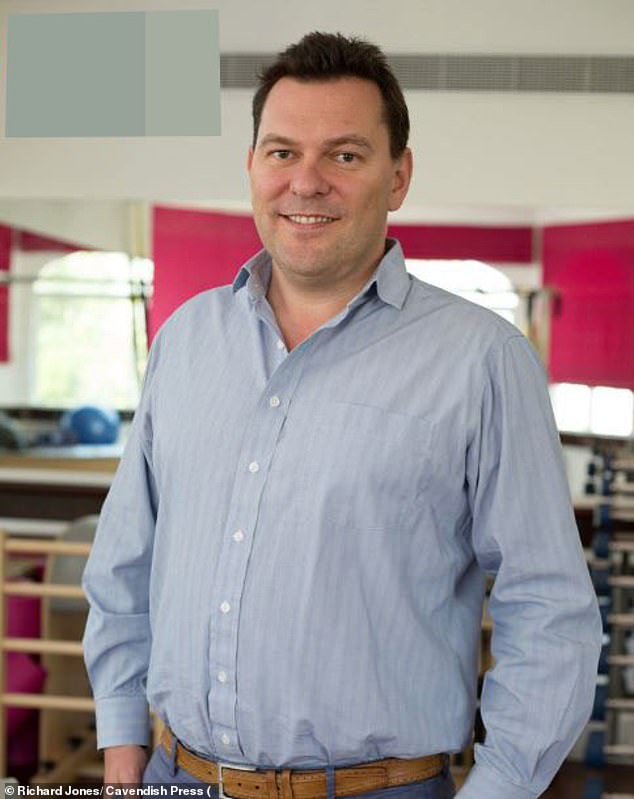 Dr Richard Jones, 45, a British GP who faced career ruin after he abused fellow passengers on an Emirates flight Dubai to London has been let off with a written warning

During the eight hour flight Jones, originally from Cardiff, staggered up to guests at the business class bar and asked if anyone wanted a drink before swearing at them when his offer was declined.

As cabin crew attempted to lead him away, he grabbed a female passenger by the arm before tearing a man’s T-shirt as his 16-year old daughter looked on.

Jones was eventually escorted away back to his economy class seat before being arrested when the aircraft touched down at Heathrow Airport.

The doctor later accepted a caution for common assault and referred himself to the General Medical Council.

At the Medical Practitioners Tribunal Service, Jones who worked at hospitals in Wales and New Zealand before moving to Dubai in 2011 admitted wrongdoing but claimed he had ripped the passenger’s shirt whilst trying to ‘steady himself.’

In a hearing held behind closed doors he was given a warning after the disciplinary panel in Manchester said he was not a risk to patients. 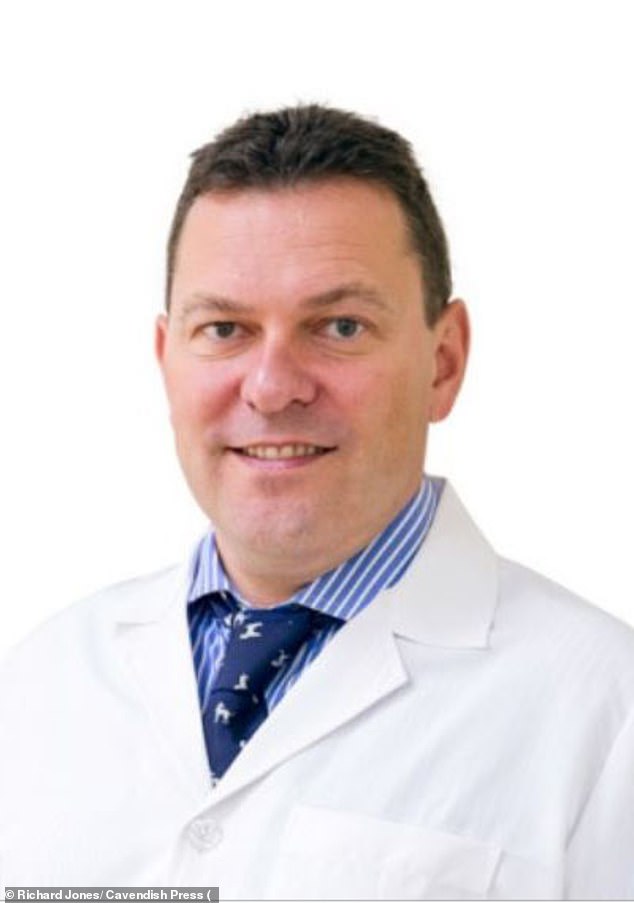 The doctor later accepted a caution for common assault and referred himself to the General Medical Council. A hearing found he was not a risk to patients and issued him a warning

The incident occurred on July 19 2018 when Jones was flying to the UK to visit loved ones. During the first in-flight service Dr Jones was provided with and consumed two alcoholic drinks but shortly afterwards approached cabin crew in the front galley, who recognised him as a previous employee of Emirates.

After chatting with them Dr Jones was then provided with more alcoholic drinks – but told they would be his last. Later during the flight, Jones went to the rear of the plane and attempted to force the barriers that led upstairs to the Business Class bar.

When challenged by a member of the cabin crew Jones claimed he was ‘allowed entrance’ as he was an ex-employee of Emirates. But as cabin crew checked his claim with colleagues, Jones made his way uninvited and unaccompanied to the Business Class bar.

As number of passengers, including a man known only as Mr A and his 16 year old daughter, were at the bar, Jones joined them in conversation and asking if anyone would like a drink. When his offer was declined, Jones called them ‘boring c****s’ and he was challenged by the group, and cabin crew working at the bar.

Staff tried to usher him away from the area but as he left, Dr Jones grabbed a female passenger by the arm.

Mr A grabbed Dr Jones’ hand away and told him not to touch her like that but the doctor grabbed him by his T-shirt causing it to rip.

Jones was then escorted back downstairs to his seat and was refused any further alcohol.

Jones later told police he did ‘not have a completely clear recollection of the events.’ He believed he grabbed Mr A’s T-shirt in an attempt to steady himself, rather than an act of aggression.

Mr Tim Grey, lawyer for the GMC said: ‘Dr Jones, having chosen of his own volition to consume alcohol once he had boarded the aircraft on an international flight, verbally abused fellow passengers and proceeded to physically assault one of the passengers.

‘This reckless and unpleasant incident was witnessed by a sixteen-year-old girl. He may have been fortunate to receive a caution.

‘The offence took place in a confined space and those passengers on the aircraft would not expect to be assaulted by a member of the caring profession.’

Jones’ lawyer Lee Gledhill said his client who had since secured a teaching job as Clinical Assistant Professor had attended an ethics courses to address his behaviour and said colleagues had never seen the doctor get drunk when out socially.

Mr Gledhill added: ‘Since the incident, Dr Jones has not behaved in such a manner on an aircraft or elsewhere and there is no other history of violent behaviour. He has accepted full responsibility for his behaviour has apologised to staff on the aircraft and has tried to apologise to Mr A and his family.

‘He did not board the aircraft under the influence of alcohol and was given the alcohol on the aircraft by someone he had once worked with.

‘Dr Jones had an unblemished career prior to this incident and there is no risk of repetition. He is well regarded as being a highly competent practitioner.’

In a character reference, a senior doctor named only as Dr E who is Chief of Staff, at City Hospital Dubai said of Jones: ‘I have interacted with him socially, and this has included going for a drink after work, at the end of the week, which has become an intermittent but reasonably regular event for many of the hospital staff.

‘I have had the opportunity to discuss the events of 2018 with Richard in some detail. It is clear that he is extremely uncomfortable, contrite, embarrassed and sorry for what has happened.

‘It does appear that there were rather specific and unique contributors to the incident in question given. Since this incident, there has no repetition and Richard has made strenuous efforts to develop effective coping strategies, to ensure a similar event does not occur in the future.’

A physician colleague Dr F said: ‘Dr Jones is dependable, diligent and thorough. He is flexible, adaptable and a good team member. This was particularly emphasised during the COVID 19 pandemic where Richard volunteered for extra duties and was a vital and valuable member of the hospital’s response to the pandemic in Dubai.

‘The episode on the plane did surprise me as it seems incongruent to his character. There has been no repetition of such behaviour as far as I am aware. It is clear to me he is ashamed and remorseful for his actions.’

A third colleague Dr S said: ‘Due to my close relationship with Richard, I frequently spent time with him in social situations, including occasions on which he was drinking alcohol.

‘In these situations I only ever saw Richard drinking responsibly and in moderation. He was always mindful of the fact that we live in a Muslim-majority country, and I have never witnessed him abuse alcohol, lose control, or act inappropriately towards others when drinking alcohol.

‘I was extremely surprised to hear of the incident to which this inquiry relates, as it seems completely out of character for the Richard which I know. I have no doubt that he deeply regrets this uncustomary lapse in his usually exemplary standards of behaviour.’

Panel chairman David Clark said: ‘The Tribunal had regard to a number of positive testimonials and character references from Dr Jones’ colleagues, which attested to his good character and clinical ability. His criminal conduct was not in the context of his medical practice and that there was no suggestion of him having put patients at risk.

‘It noted that all of the evidence pointed to Dr Jones being an able practitioner and that his most recent appraisal showed that he was able to maintain high standards. The Tribunal found no evidence of risk to patients or members of the public. Dr Jones has done all he reasonably could to learn from this experience.’