The DUP today called for new guidance on flying the Union flag constantly at government buildings to be extended to Northern Ireland.

Up to now there was only a requirement to display the national flag on designated days.

Culture Secretary Oliver Dowden issued fresh rules last night insisting it should be flown all the time in England, Scotland and Wales.

However, in Northern Ireland – where flags and emblems are a highly contentious sectarian issue – the old guidance will remain in place.

In 2012 the decision of Belfast City Council to reduce the number of days on which the Union flag is flown from City Hall sparked widespread protests and disorder. 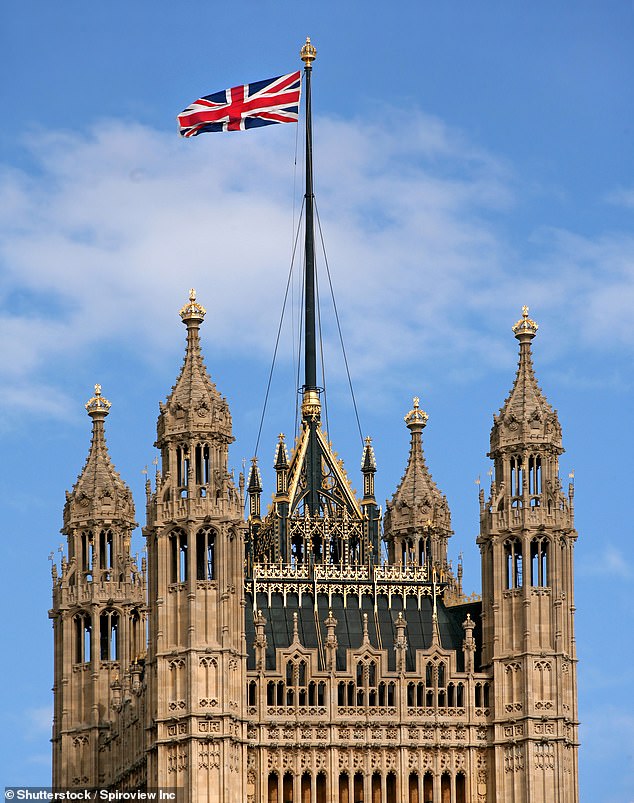 The DUP today called for new guidance on flying the Union flag constantly at government buildings to be extended to Northern Ireland. Pictured, a flag at Westminster 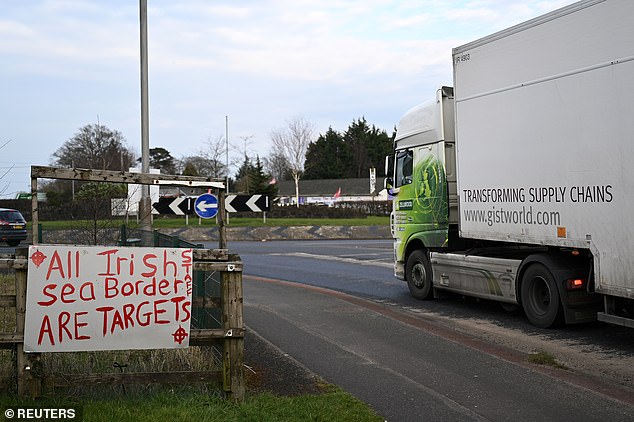 DUP MP Sir Jeffrey Donaldson said it is ‘bizarre’ that the UK Government is ‘only deciding in 2021 to fly the Union flag, the flag of our nation, on all Government buildings every day’.

‘When I visit other nations around the world, flying the national flag on Government buildings is commonplace,’ he said.

‘The decision to exclude Northern Ireland at this stage is wrong and runs contrary to New Decade, New Approach which sought to align us with the rest of the UK when it came to the Union flag being flown on Government buildings.

‘This is a matter we will be pressing the Government to address.’

Announcing the move last night, Mr Dowden said: ‘The Union flag unites us as a nation and people rightly expect it to be flown above UK Government buildings.

‘This guidance will ensure that happens every day, unless another flag is being flown, as a proud reminder of our history and the ties that bind us.’

Communities Secretary Robert Jenrick added: ‘Our nation’s flag is a symbol of liberty, unity and freedom that creates a shared sense of civic pride.

‘People rightly expect to see the Union flag flying high on civic and Government buildings up and down the country, as a sign of our local and national identity.

‘That’s why I am calling on all local councils to fly the Union flag on their buildings – and today’s guidance will enable them to do that. ‘

The guidance comes after the BBC’s Charlie Stayt and Naga Munchetty were criticised for mocking the size of Mr Jenrick’s Union flag during an interview with him last week.

The broadcaster said it had received complaints from people who were ‘unhappy’ about Stayt’s comments and Munchetty’s subsequent behaviour on social media following the incident on BBC Breakfast. 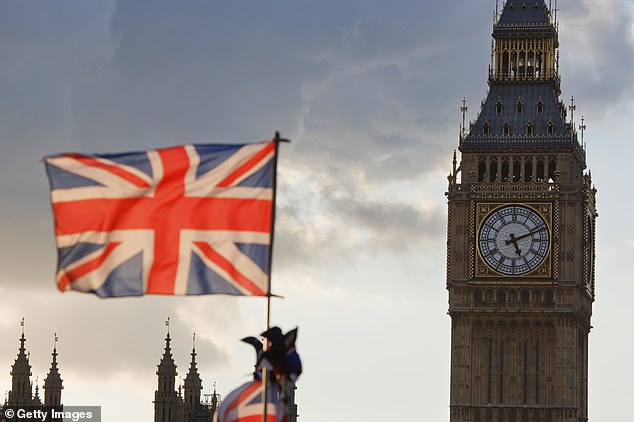 The Union flag flown near Parliament. Communities Secretary Robert Jenrick has written to all councils in England in a bid to encourage them to fly the flag on their buildings