The Teesside tremor! North East wakes up with a bang as 2.8 magnitude EARTHQUAKE rocks homes at 6am – leaving people fearing they were being burgled

Residents reported their homes shaking and electricity flickering as they were woken up by an earthquake hitting parts of North East England this morning.

Locals in Teesside and County Durham said they felt their beds move when the 2.8-magnitude tremor hit Stockton-on-Tees, Middlesbrough and Hartlepool around 6am.

The quake – dubbed online as the #TeessideTremor – hit near Alberto Street in Stockton-on-Tees at 5.56am, according to the United States Geological Survey. 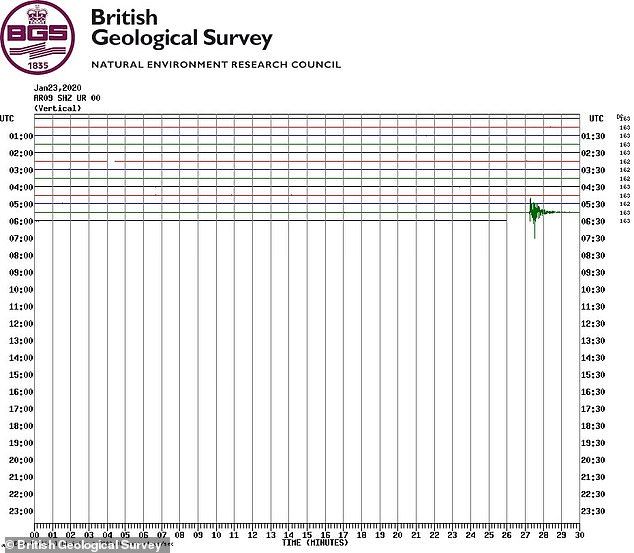 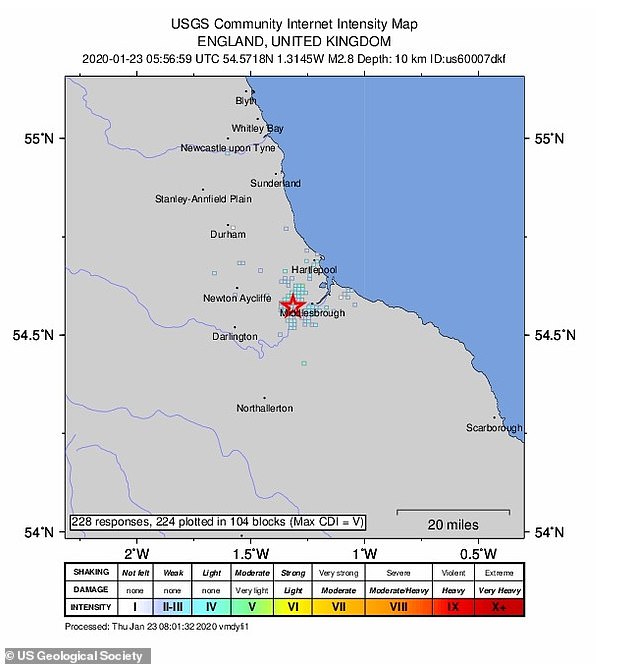 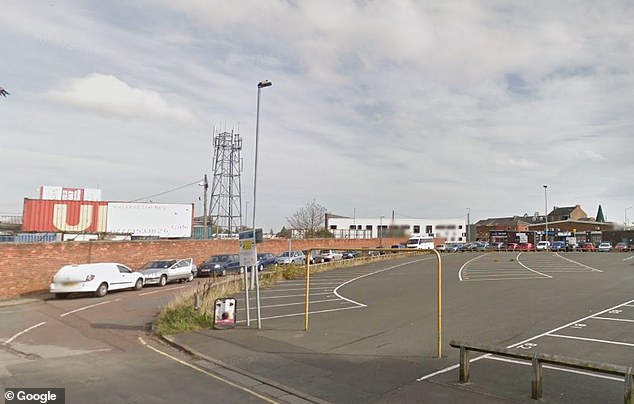 The quake hit near Alberto Street in Stockton-on-Tees (file picture) at 5.56am this morning

Firefighters were initially called out to reports of a potential explosion at a bungalow, but it soon emerged it was a quake after other residents reported the same thing.

On the Richter scale, an earthquake of a 2.8 magnitude is likely to be felt by some people, but is unlikely to cause damage to any buildings.

Twitter users claiming to be in the area reacted to the tremor, with one saying their house was shaken by the incident, adding that it was ‘bad enough to wake us up’.

Others shared a series of tongue-in-cheek memes, claiming they thought they were being burgled, a train was going past their window or there was a car crash outside. 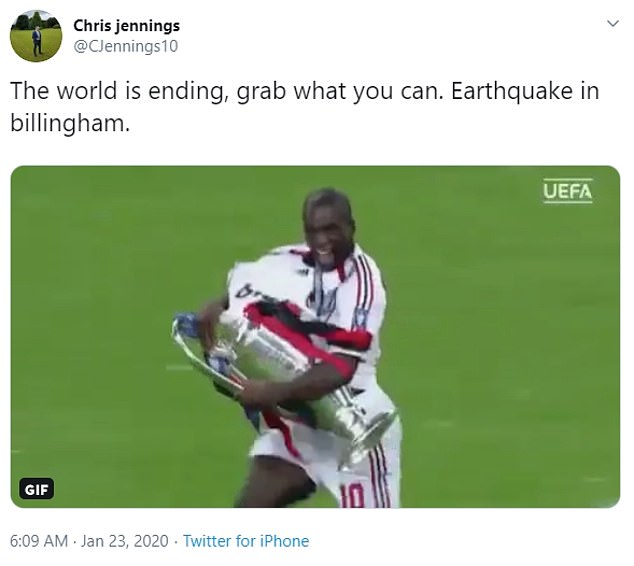 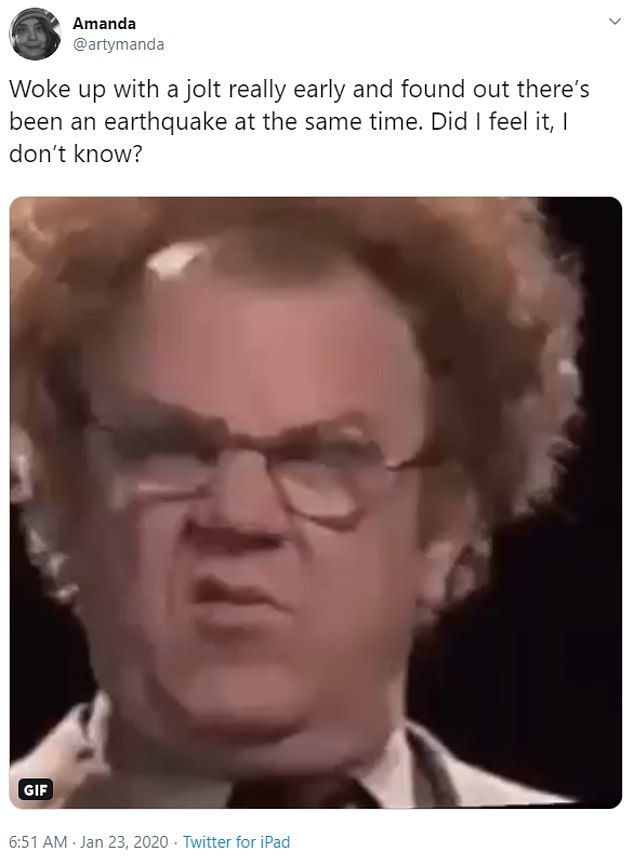 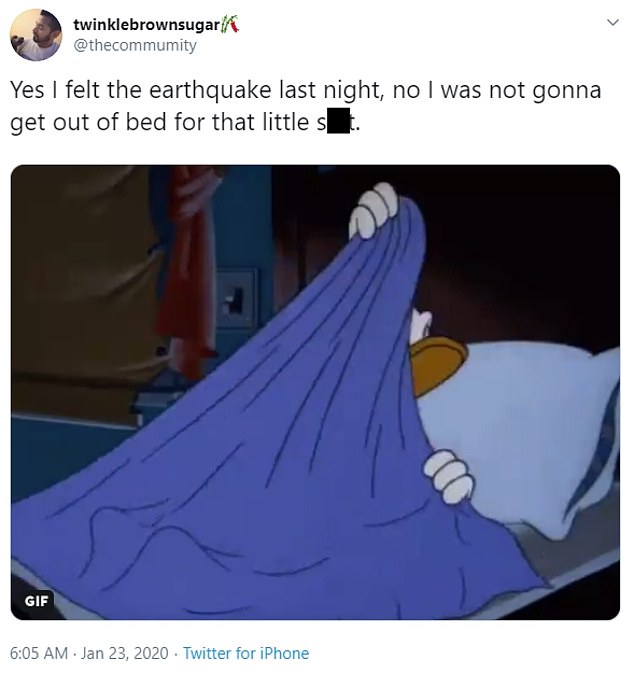 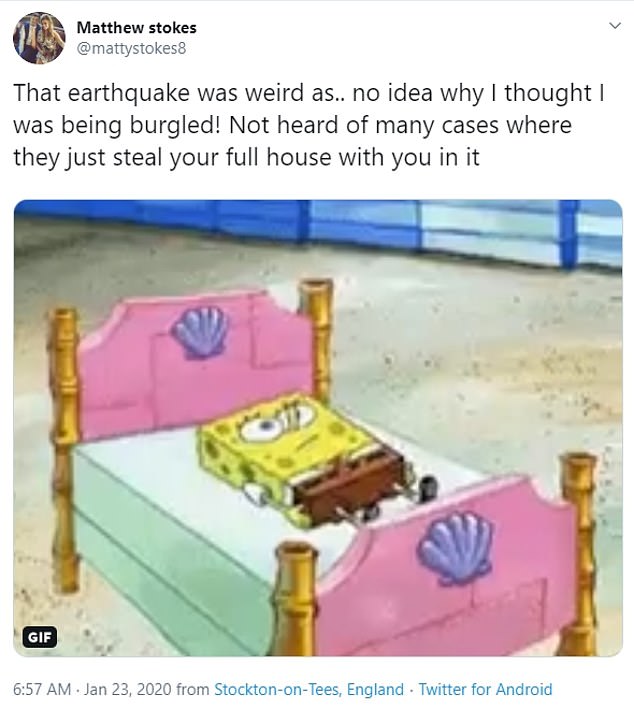 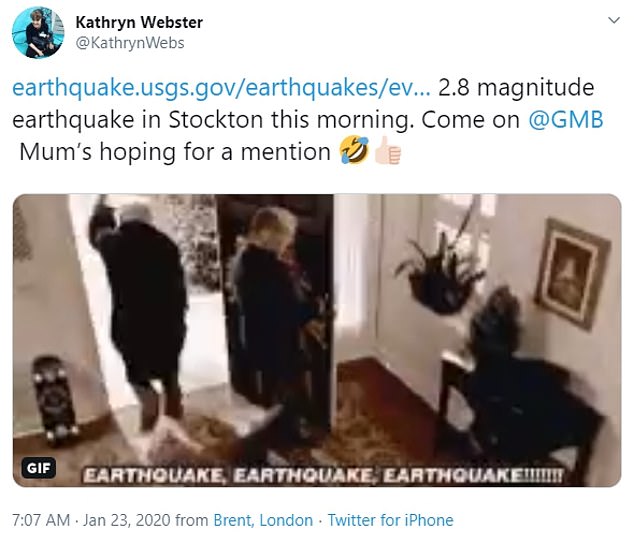 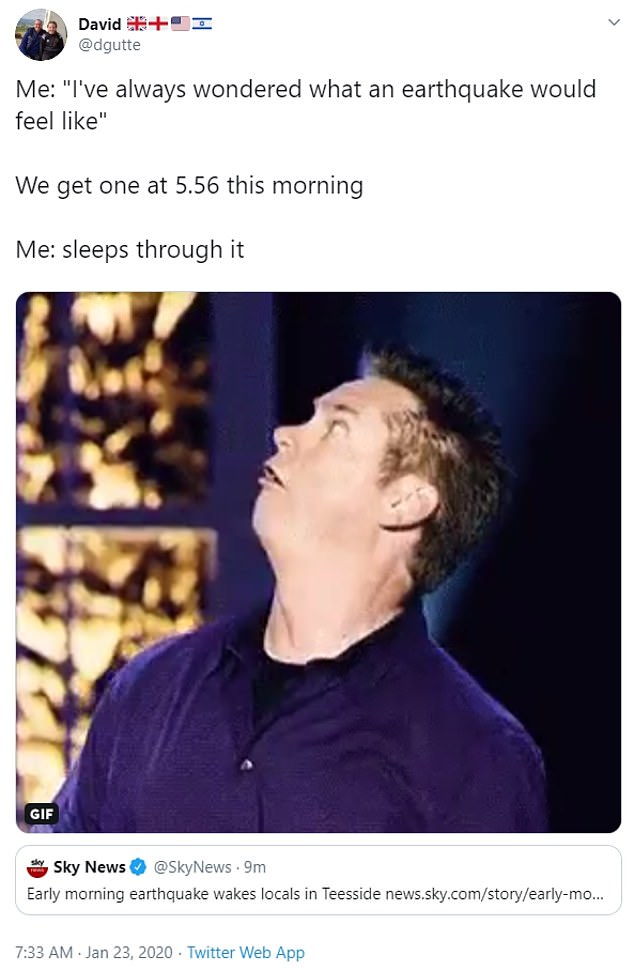 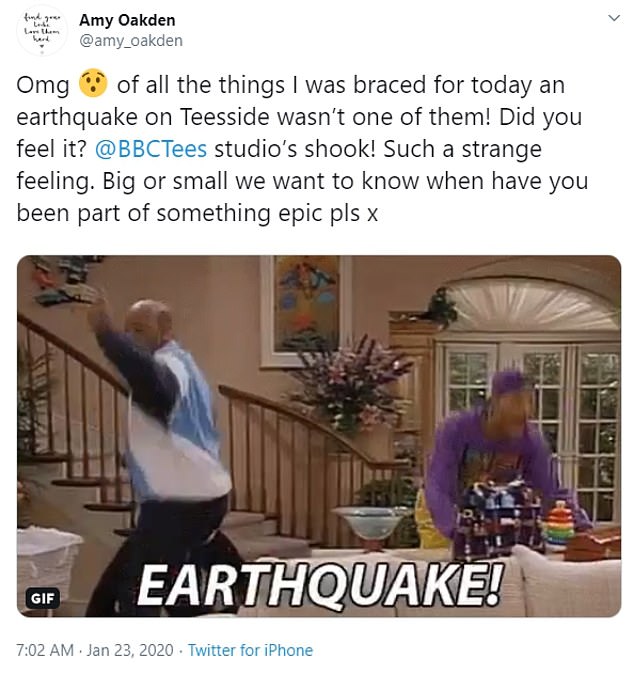 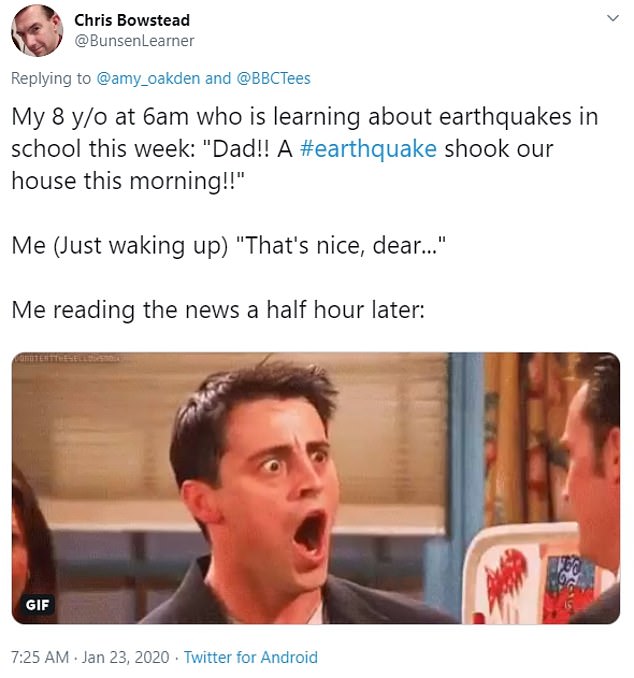 One Twitter user said: ‘It shook the house in Stockton on Tees as if a train went past my bedroom window!

‘That would be odd for I live upstairs and there are no tracks laid outside. My guess is earthquake.’

James Tompkinson added: ‘Either my house is the next setting for a paranormal activity film or there has just been a decent sized earthquake in Teesside.’

And Nicola Mclone tweeted: ‘I absolutely s*** a brick! I thought my radiator had fallen off the wall.’ 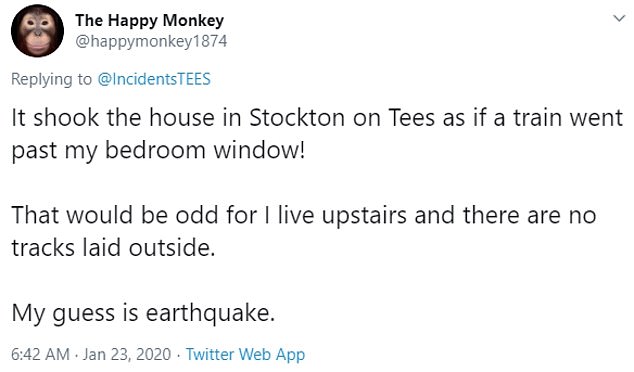 Meanwhile Pat Oddy said: ‘I live next to Yarm viaduct and I thought it was a train going over – but no train! Whole flat shook.’

Another posted that it was a ‘strong earthquake (for England)’, saying that the ‘whole house shook and electricity flickered’.

‘Wow that’s a first, felt an earthquake in Stockton around 6am this morning’, one user said.

The United States Geological Survey said that 139 reports on the shake had been received from the public.