LOCALS have told how they screamed in terror as a 3.9 magnitude earthquake shook the San Francisco Bay Area on Monday evening.

Tremors were felt from the city of San Francisco to the Castro Valley and much of the East Bay, according to the USGS. 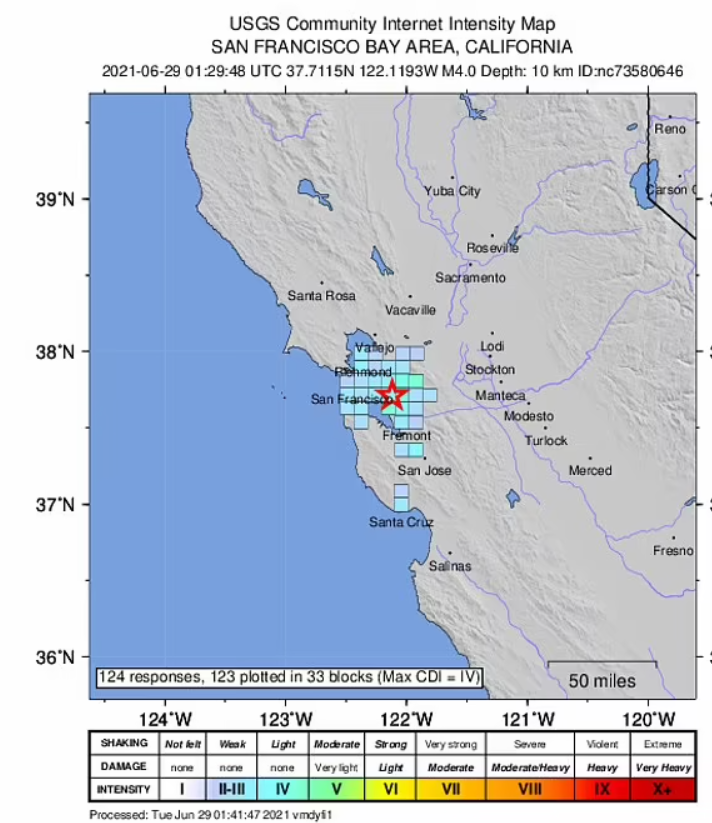 The quake was centered just outside of San Leandro, in Ashland, and struck around 6.30pm.

Communities south of San Francisco across the bay from San Lorenzo also felt the quake.

"It was almost like you could feel it coming," Vicky Esquivel, who was home watching TV in Hayward, told ABC 7.

"I felt like my house was going to fall off the foundation. I was so scared and then I just screamed and ran into the living room and my husband and I both looked at each other and said 'earthquake'."

The quake was significant enough that it caused both Bay Area Rapid Transit (BART) and Muni delays to allow for track inspections. 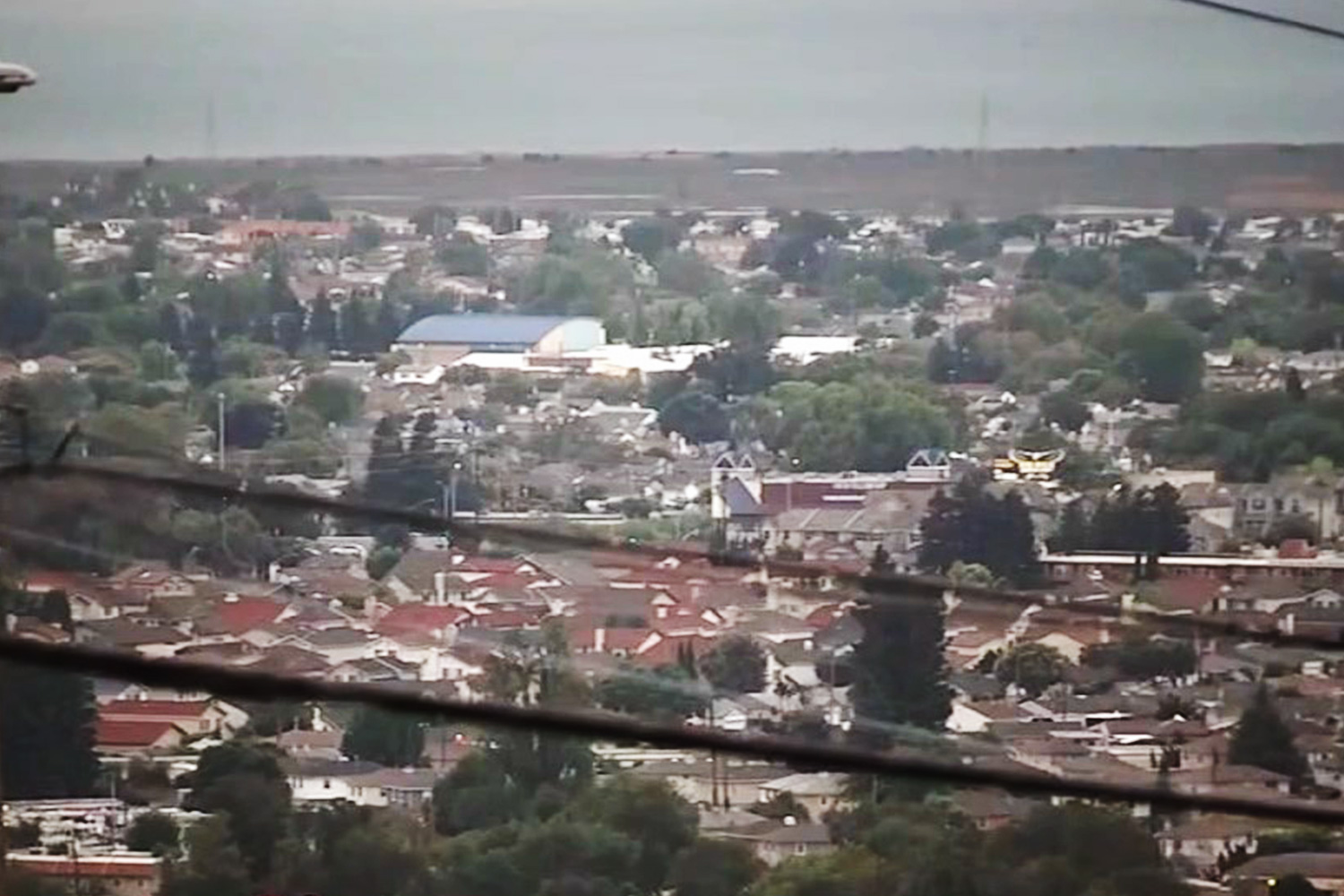 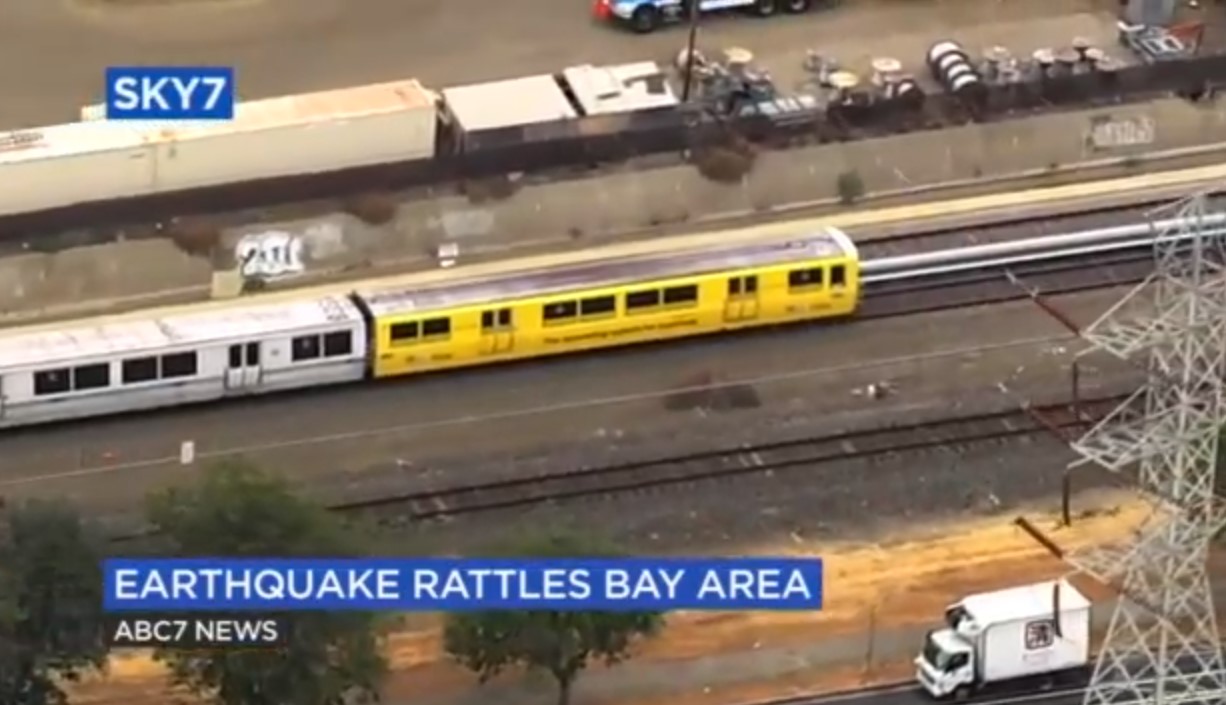 "This was enough to make you sit up and think twice," KCBS Radio journalist Holly Quan said after she felt the tremors in Oakland.

Her colleague Matt Bigler, who was in San Leandro, added:"I was washing dishes and all of a sudden the kitchen swaying rolling back and forth.

"It was kind of a rolling from one side of the house to the other."

There were no immediate reports of damage or injuries.

A magnitude 3.2 earthquake was reported in Southern California, near Los Angeles International Airport, on Wednesday.

This is a developing story…