The Great Pyramid of Giza is the oldest and largest of the three pyramids of the complex in El Giza, Egypt, and one of the Seven Wonders of the Ancient World. Most historians believe this colossus structure was constructed over a period of more than 20 years, for the Pharaoh Khufu, who was buried in a tomb inside. In recent years, we have begun to understand more about how it was built, with the discovery of the “oldest scrolls ever” that explain why boats were buried in the pyramid’s base.

However, thanks to a discovery in the nearby port town of Wadi al-Jarf, historians are able to understand more about how this ancient civilisation, that lived around 2500BC, managed to transport and put together a structure featuring more than six million tonnes of stone blocks.

Archaeologist Pierre Tallet and his team uncovered a small tool that they believe was used by Egyptian workers more than 4,500 years ago to shape the stone blocks, it was revealed during Channel 4’s “Egypt Great Pyramid: The New Evidence”.

He said earlier this month: “The workers have just found a tool that seems to be very well preserved inside one of the galleries.

“I have not seen it myself yet as it is just coming out of the sands.” 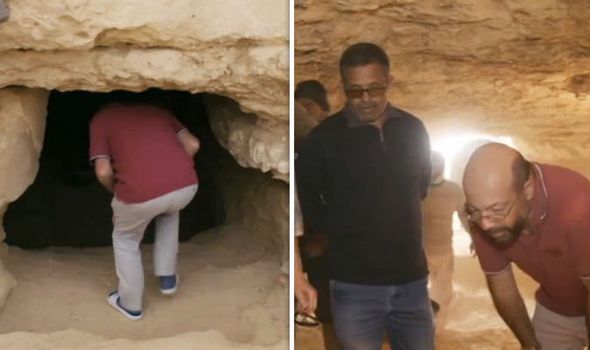 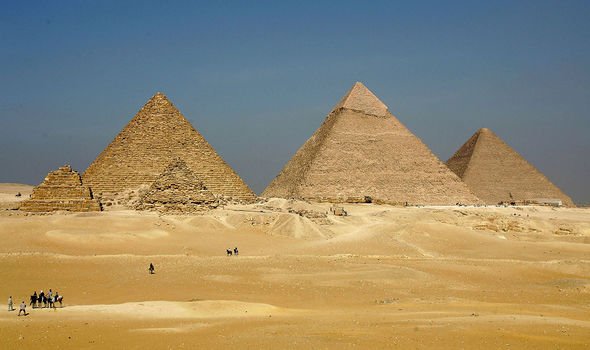 Heading into the small tomb, Mr Tallet picked up the pieces of copper and put them together, revealing what the tool would have looked like in its prime.

He added: “It looks like the shape of a blade, it seems like a dagger in fact.

“A small kind of dagger.

“It’s a little bit broken, I don’t think it’s a complete [tool], the blade is complete but the other part is missing.

“It is not what I expected, to find a copper knife in this area right now. 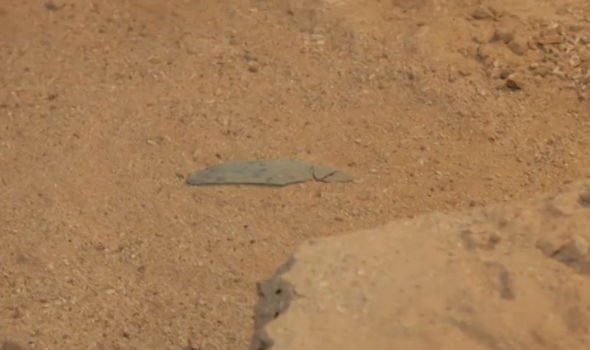 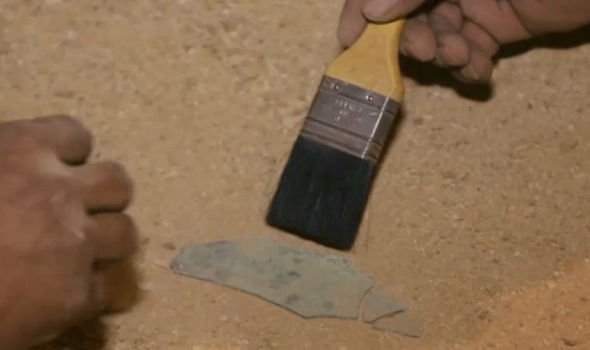 “Copper was not so frequently [used] because it’s very precious.”

Mr Tallet went on to show how this tool could have been used by the Egyptians in a stabbing motion to chip away at stone blocks.

During the same series, archaeologists also believed they uncovered the remains of a lost town close to where the Great Pyramid stands.

Mark Lehner and his team believe the area was used to house workers under the leadership of a man named Merer. 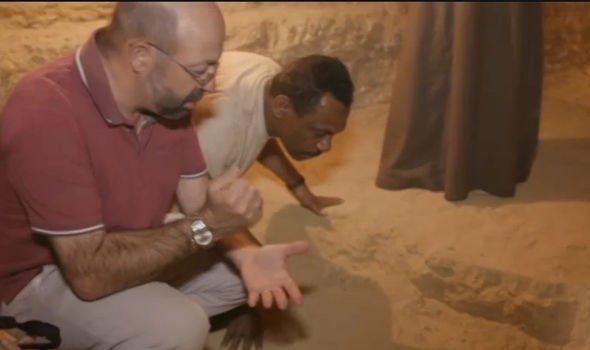 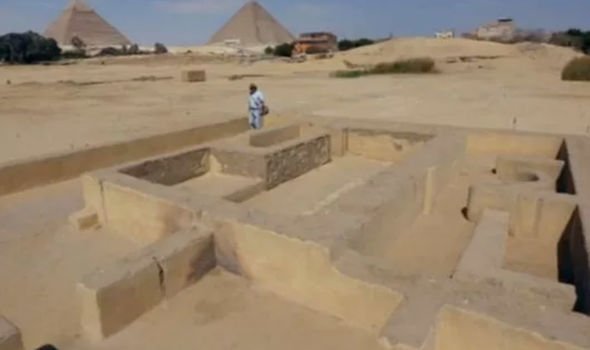 He said: “We are on the spot where Merer and his men stayed overnight.

“We put a grid over the whole place in order to map it and then we can decide where to excavate down to the floor level to the houses and places where they lived.

“You come into the main living area now, opening off this same central room, you also have his bedroom.

“This is a rather substantial sleeping platform – as we call them.”