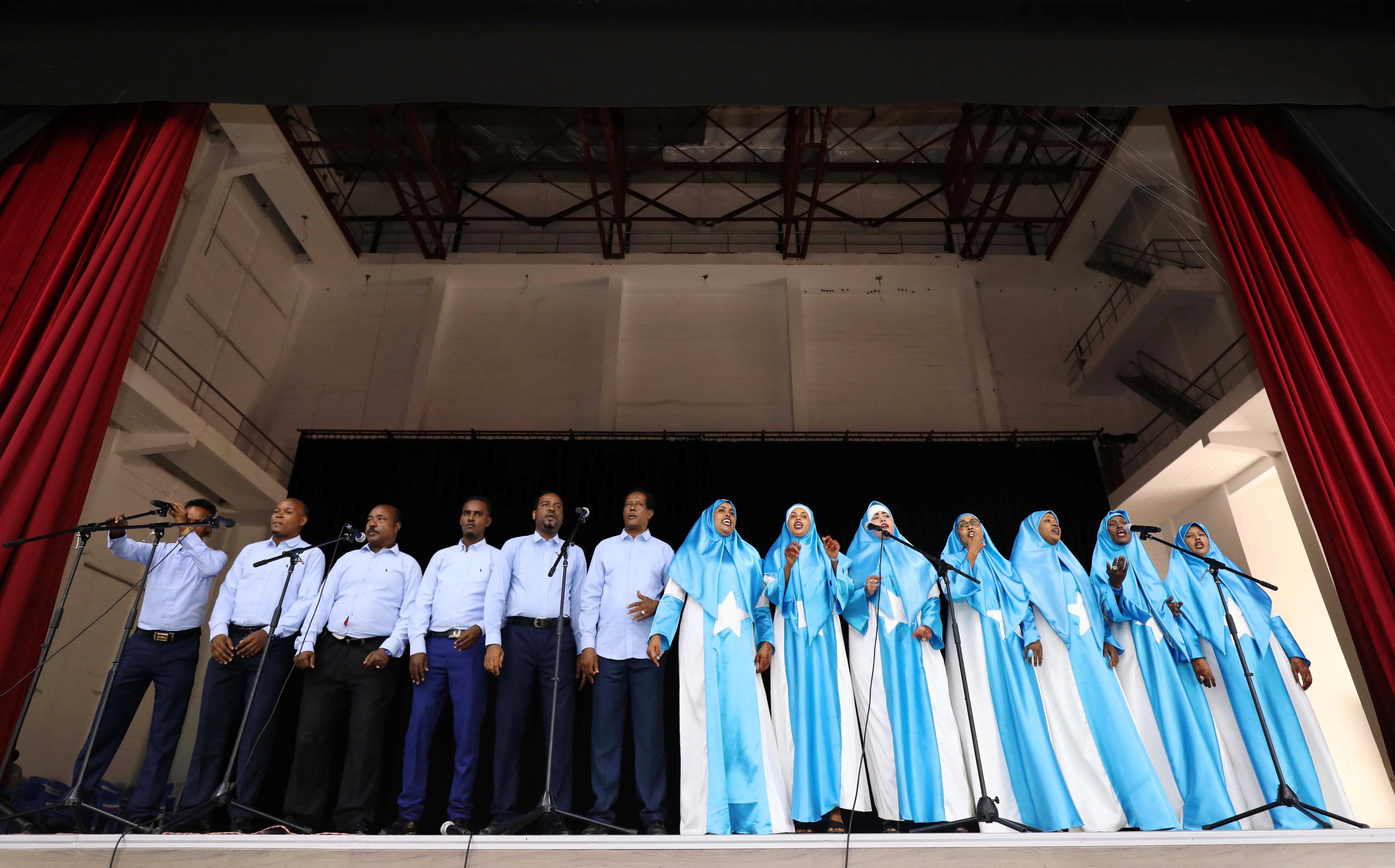 MOGADISHU (Reuters) – Eight years after a suicide bomber destroyed the building, Somalia has reopened its imposing national theatre in Mogadishu as a symbol of culture in the heart of a city often defined by violence.

The theatre, whose stage is underpinned by bright yellow pillars and is decorated in the light blue of the national flag, was opened in 1967 and closed in 1991 as the Horn of Africa country plunged into civil war.

Clan-based warlords blasted each other with anti-aircraft guns as they fought over the theatre, which they used as a base. Its roof collapsed a year into the conflict.

It reopened in 2012 after African Union and government troops beat back the al Shabaab insurgents from the capital, but was blown up two weeks later.

Abdi Abdulahi, the theatre’s director, said it took 1,000 lorry trips to clear the rubbish and sand which had piled up in the building since then.

He said security forces would protect the theatre and even the new coronavirus would not deter them from putting on shows.

President Mohammed Abdullahi joined a choir on stage during a ceremony to mark the official opening last week.

“We build our country if we all stand together,” the president said, citing donations from business people for the reconstruction and the government employees who worked on it.