Eighties’ boy band star who was caught selling £3,500 worth of chemsex drugs from his living room avoids jail because he is already living in a ‘hell of his own creation’ 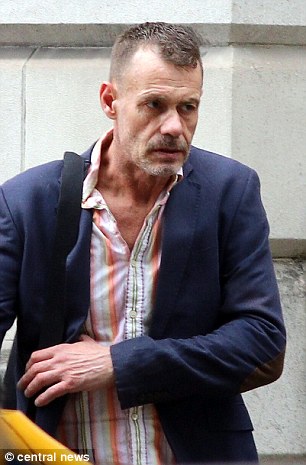 Phil Creswick was found guilty of possessing large quantities of crystal meth, MDMA, ketamine and GBL with intent to supply

A former boy band star caught selling £3,500 worth of chemsex drugs from his living room walked free because his poor health means he already living in a ‘hell of his own creation.’

‘Essentially the police found in his flat a great number of drugs which he had for the purposes of providing, no doubt being paid for the provision, for male persons who attended his premises with a view to engaging in sexual activity with each other and with the other occupants of the flat,’ the judge said.

‘Mr Creswick is not the standard street dealer, dealing with general members of the public, selling or persuading people to buy such class ‘A’ drugs as cocaine or heroin.

‘These are all drugs which might be supplied for people for partying and sexual activity – though he didn’t give them away for free exactly.’

He the continued: ‘But much more importantly the information imparted during the trial and which I have seen from hospital reports is that Mr Creswick lives in a hell of his own creation already, from which he will not escape. 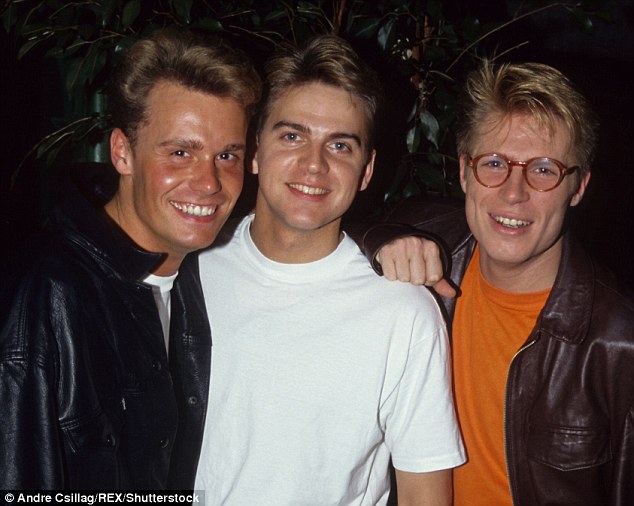 ‘In all these circumstances I feel able to pass a sentence of imprisonment of an unusually short duration and suspend it.’

Big Fun were produced by hit makers Stock Aitken Waterman and rose to fame in the late 80s with a top ten version of the Jackson’s classic ‘Blame It On The Boogie.’

They had two other hit singles and a top ten album before they disbanded in 1994.

Police had found a can of WD40 in a satchel on the back of Creswick’s bedroom door which could be unscrewed as a hiding place for drugs.

Mr MacKay said: ‘If you unscrew the bottom of the can, it reveals a place in which drugs were being stored. It contained a cocktail of drugs, crystal meth, MDMA, ketamine all in powder form.

‘It was designed in that way, ready to go, a great place to hide drugs and carry them around London to sell them.’

PC Daniel Garwood, who was involved in the raid, told the court: ‘In the Vauxhall area, there is a relatively big gay scene.

‘A lot of the drug related crimes we deal with involve gay men or bisexual men using drugs to facilitate sex.

‘When we entered the flat it resembled activity that adheres to this drug scene, with webcams in the bedroom pointed at the bed and some neon lighting.’

Creswick claimed the drugs found in his bedroom were either for his own use or to be shared with his flatmates.

Nicholas Fooks, defending Creswick, insisted at the trial that he had bought the drugs to share with friends and flatmates but hid them in case people tried to steal the narcotics.

‘I’m not saying its a commune going back to sixties America.’ Mr Fook said

‘But the combination of three people, whether they used it all in one go, or all at once, it is still the possession of all three of them.

‘It is not a question of him supplying others. Is there something sinister about it, or is it quite sensible for them to be hidden there?

‘He is sexually active. Some of these drugs are that in proof they are the sort of drugs that make you feel better.’

Creswick, of Clarence Avenue, Clapham, was convicted of nine counts of possessing drugs with intent to supply.

He admitted simple possession of GBL and Chloroethcathinone found in his bedroom.

He was sentenced to two years suspended for two years and will serve 150 hours of unpaid work.

What is chemsex and what are chemsex parties?

Chemsex is the term used to describe taking drugs with the purpose of enhancing sexual activity, usually used by men who have sex with men.

The substances are often taken at parties where groups of people will gather and take drugs before getting intimate for extended periods of time.

There are three prevalent drugs on the chemsex party circuit: mephedrone, GHB, and crystal meth.

Used in different combinations, the drugs can enable those who take them to  have sex for hours, increasing sexual arousal and inhibiting ejaculation.

Some chemsex parties have been known to go on for days, with participants not sleeping for their entirety.

Not only do they involve an incredibly dangerous cocktail of drugs, but users’ lowered sense of awareness may lead to the spread of diseases through unprotected sex.

A French study recently found that many men who attend chemsex parties were either craving a sense of being loved, or actively searching for it without success.