This is the horrific moment a raging bull kills a man on a Valencia street making him the fifth victim of a bull run attack in the region this year.

José Vicente Adrian Ferrando, 69, from Lliria in Valencia, Spain, could be seen trying in vain to climb a barrier as the rampaging animal charged at him.

The animal ran a the fruit and vegetable seller three times as he tried to clamber to safety during the traditional festival. 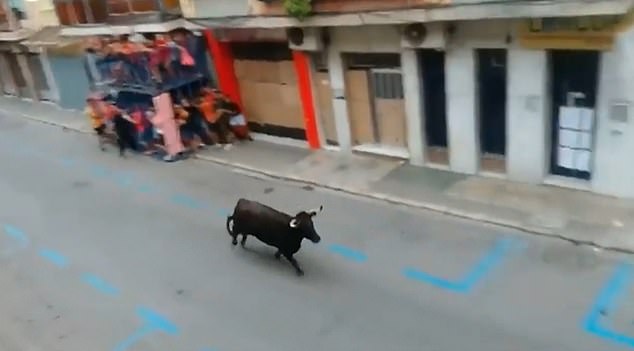 The bull makes a beeline towards the wooden barrier on the street in Lliria in Valencia, Spain, during the Virgen del Remedio event 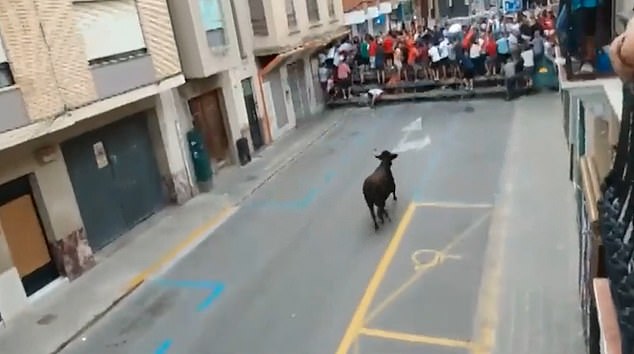 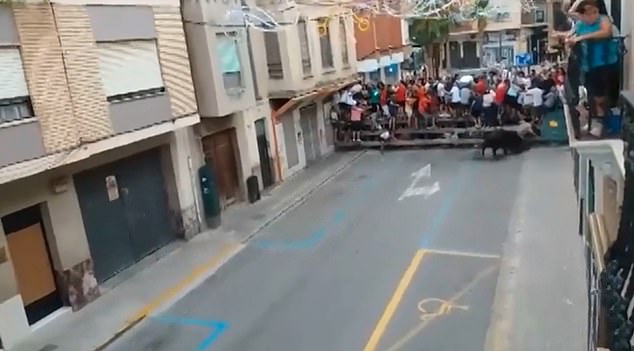 Mr Ferrando was watching the ‘bous al carrer’ event during the Virgen del Remedio festivities when the rampaging bull charged at him from behind.

The victim, who loved bull runs and had always lived in Lliria, was rushed to hospital but doctors were unable to save him.

The footage shows the streets of Lliria packed for the bull run with spectators protected in ‘cages’ looking on from balconies or positioned behind a barrier.

In tragic scenes, the bull charges down the street and makes a beeline for the crowd at the end of the cul-de-sac behind the wooden barrier. 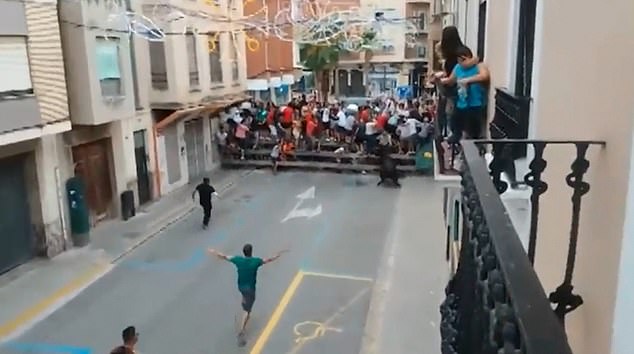 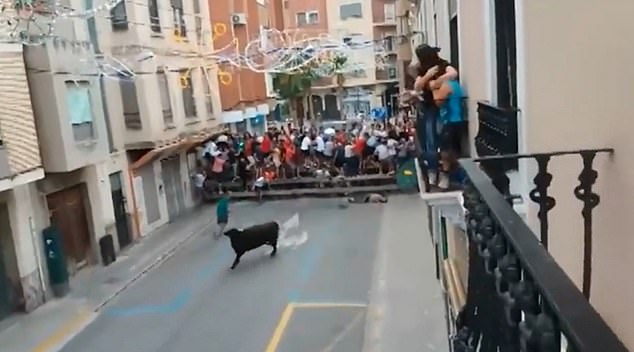 As Mr Ferrando clambers onto the barriers, with his back to the bull, he is struck by the beast several times and tossed in the air like a rag doll.

Spectators rush to his safety and swiftly divert the bull from the victim, before the animal runs off in the opposite direction.

Festivities in Lliria have been without bulls for six years and only made their return this year. All of today’s events have been suspended following the fatality.

The local council has expressed its deep regret at the death of Mr Ferrando and sent its condolences to family and friends.

This is the fifth death in the region this year and the second in a week following the fatal goring of a spectator in the Castellón town of Alcora. The other deaths were in Xilxes, Pinoso and Chiva. Megan Thee Stallion Says She Was ‘Betrayed By All’ Her Friends After Getting Shot! Megan Fox & Machine Gun Kelly Show Ex Brian Austin Green Just How Much Fun They’re Having After Sha
We and our partners use cookies on this site to improve our service, perform analytics, personalize advertising, measure advertising performance, and remember website preferences.Ok