Election 2020 Is Not Over Yet, Focus Turns To Georgia

Black women shaped the course and outcome of the 2020 U.S. presidential election. Had it not been for Black women voting, mobilizing, organizing, and strategizing, this nation could very well be facing four more years of Donald Trump.

The same can be said in Georgia.

For the first since 1992, the Peach State turned blue, led by scores of Black and Brown organizers. Now that determination is focused on two Senate run-off races that will change the state of the nation for the next two years.

While the Democratic Party managed to hold on to the House, control of the Senate could come down to two Georgia races—GOP Sen. David Perdue facing off against Democratic challenger Jon Ossoff and GOP Sen. Kelly Loeffler against Democratic candidate Rev. Raphael Warnock, senior pastor of the historic Ebenezer Baptist Church in Atlanta.

The Senate is now deadlocked at 48-48, with 51 seats needed to form a simple majority. To form a supermajority, which allows the majority party to bypass the Senate filibuster and pass a bill, 60 seats are needed. 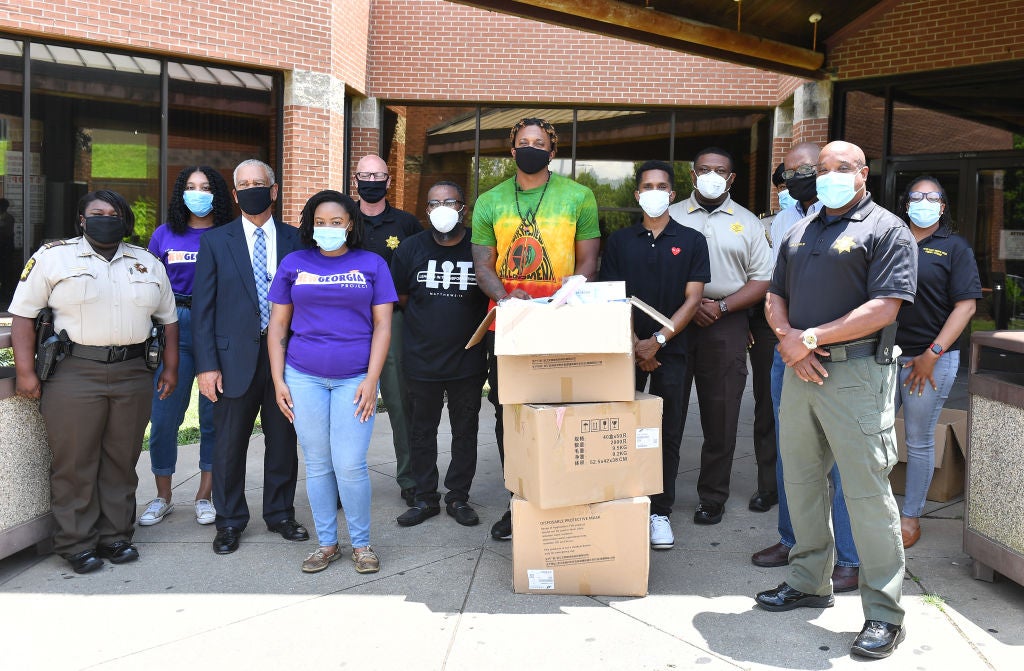 “For Vice President Biden to prevail here after what’s been a decade of organizing and voter registration, a lot of this work led by Stacey Abrams, and these huge battles—some won, some lost—we’ve had in Georgia over the last ten years; and now to have two senate run-offs for senate control with so much at stake, with this virus still raging out of control, with an urgent need to get economic and financial relief to families in my state and across the country, we have the wind at our backs and a great sense of promise and opportunity here.”

“Now is the time for the real work to begin, and communities of color must be at the table—not an afterthought, because we are more than our vote,” Nsé Ufot, CEO of the New Georgia Project, said. The New Georgia Project and its allies have registered 800,000 people to vote since 2018 and 49% of them are people of color.

“We will continue to be a trusted messenger and communicate the power we have as voters to flip the power in the United States Senate,” Ufot continued.

“Don’t count us out,” the movement leaders continued. “We have more work to do in the South for sure, but the margins are narrowing, the tide is turning, the motivation for better, progressive leadership is growing. Georgia is at the epicenter of this country right now and we are claiming victory.”

To donate to organizations on the ground in Georgia, check out the Movement Voter Project, which works to strengthen progressive power at all levels of government by helping donors – big and small – support the best and most promising local community-based organizations in key states, with a focus on youth and communities of color.

Read more about the Democratic candidates below:

In 2017, Jon was the Democratic nominee in the Special Election for Georgia’s Sixth District. He entered the race at 29 years old, six weeks after Republican Congressman Tom Price had been re-elected by 24%.

It became the biggest Congressional race in American history, which Ossoff narrowly lost by 3% after mobilizing the strongest Democratic Special Election turnout in over a decade, doubling youth turnout from the 2014 midterm, and producing the highest-ever turnout for a stand-alone House Special Election of all time.

With the endorsements of his mentor Congressman John Lewis, Congressman Hank Johnson, Georgia State Legislative Black Caucus Chair Rep. Karen Bennett, and dozens of other leaders from around Georgia, Ossoff is challenging Senator David Perdue in 2020.

When he enrolled at Morehouse College, Reverend Warnock didn’t know how he would pay the full tuition. With the help of low-interest student loans and Pell Grants Raphael graduated, earned a Ph.D., and was ordained in the ministry. Fifteen years ago, he was chosen to serve as Senior Pastor at Ebenezer Baptist Church in Atlanta, the former pulpit of Reverend Dr. Martin Luther King, Jr. He was the youngest pastor selected to serve in that leadership role at the historic church.

Reverend Warnock believes his impact does not stop at the church door, and has been an advocate to expand health care coverage and to ensure hardworking Georgians can make a living wage.

As Senator, Reverend Warnock will bring to Washington the concerns of struggling Georgia families who wonder why no one is looking out for them. He will focus on fighting for quality, affordable health care, for the dignity of working people who are paid too little as our government works more for Wall Street, and to make sure every voice is heard.

Check Essence.com to receive updates on these pivotal races.