Emma Willis on haircuts, maths and why YOU should nominate your health hero for our Who Cares Wins awards – The Sun

The Channel 4 programme’s format means its contestants have had to isolate from each other in an apartment block since long before Covid-19. 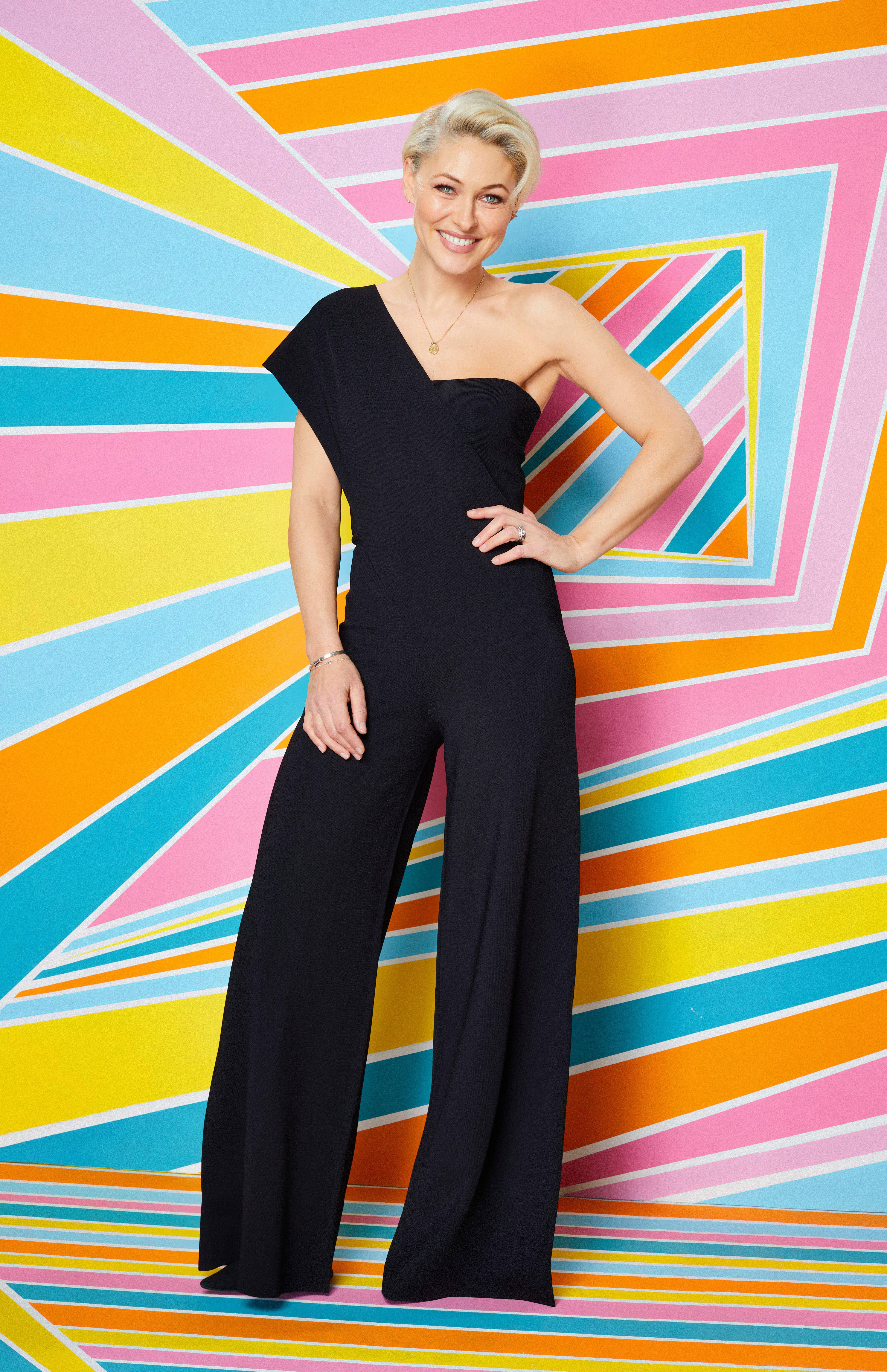 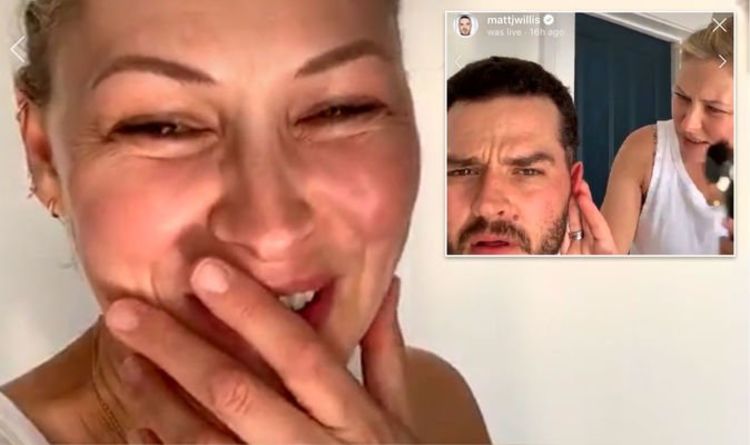 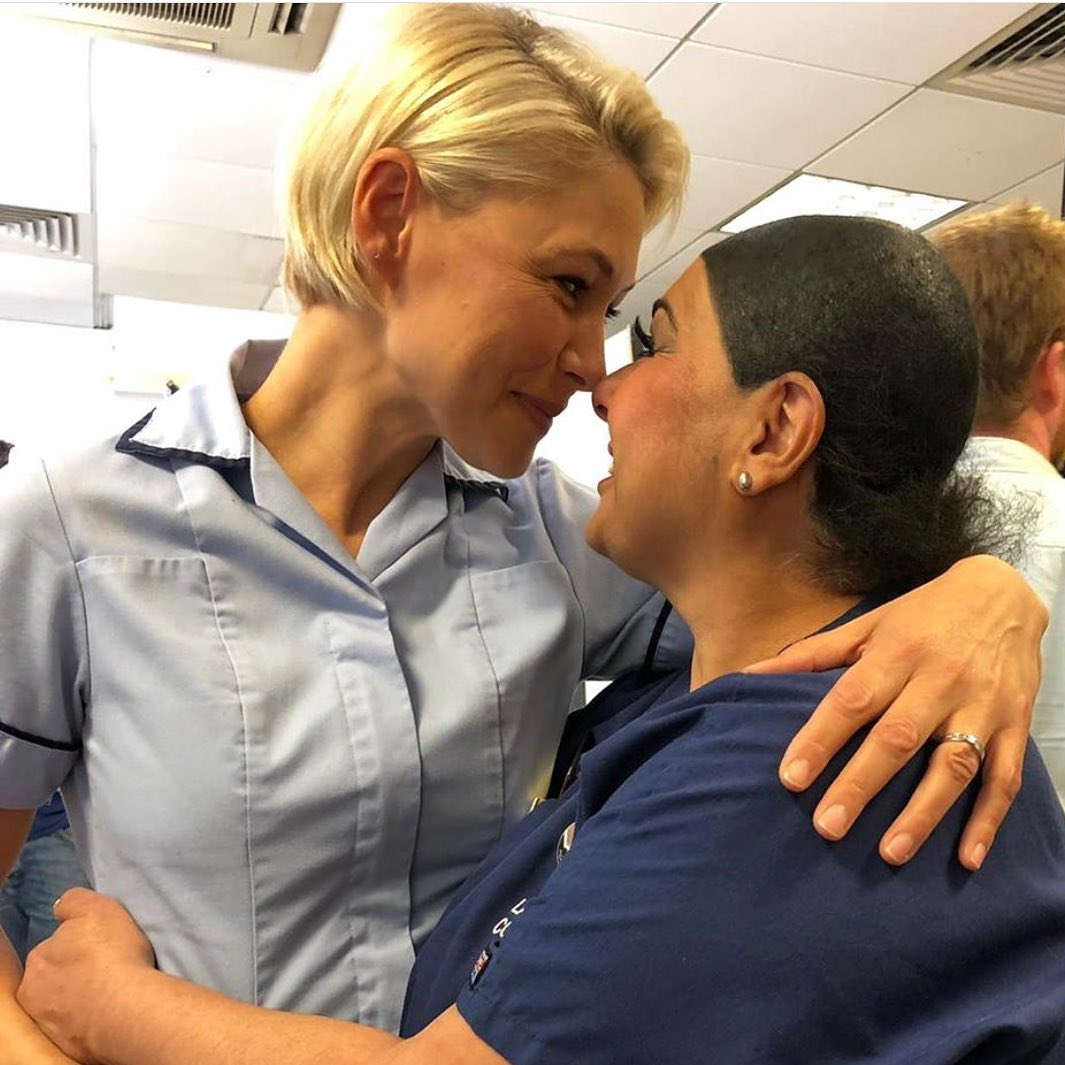 But Emma never expected that when she too got stuck inside she would end up moonlighting as a hairdresser, a 1990s raver and a maths teacher.

With schools closed, she is home-tutoring her three kids with husband Matt, of Busted fame, at their family home in Herts.

And while he tackles English, she is schooling Trixie, four, Ace, eight, and ten-year-old Isabelle in maths — a subject she once struggled with.

She says: “I can’t quite believe I’m going to say this but I’m quite enjoying maths.

“I hated it at school. My young brain couldn’t compute it.

“Now my daughter, bless her, she just reminds me of me when I was her age.

“I leave the English to Matt, even though normally it’s the other way round.”

As well as teaching, Emma has taken the clippers to 37-year-old Matt’s hair — live on Instagram — after he complained he was starting to look like his dad.

He even admitted he was “quite impressed” with the result.

To try to maintain some normality, Emma has taken to “commuting” upstairs when she has work to do.

She says: “I’ve left Matt to it downstairs today.

“It’s always nice when you’re like, ‘I’ve got to work this morning so I’ll see you in a few hours’, even though you’re only going up the stairs.”

As for socialising, she and Matt have been raiding the dressing-up box for regular quiz nights via video conferencing app Zoom, transforming themselves into schoolkids, ravers and even Easter bunnies. 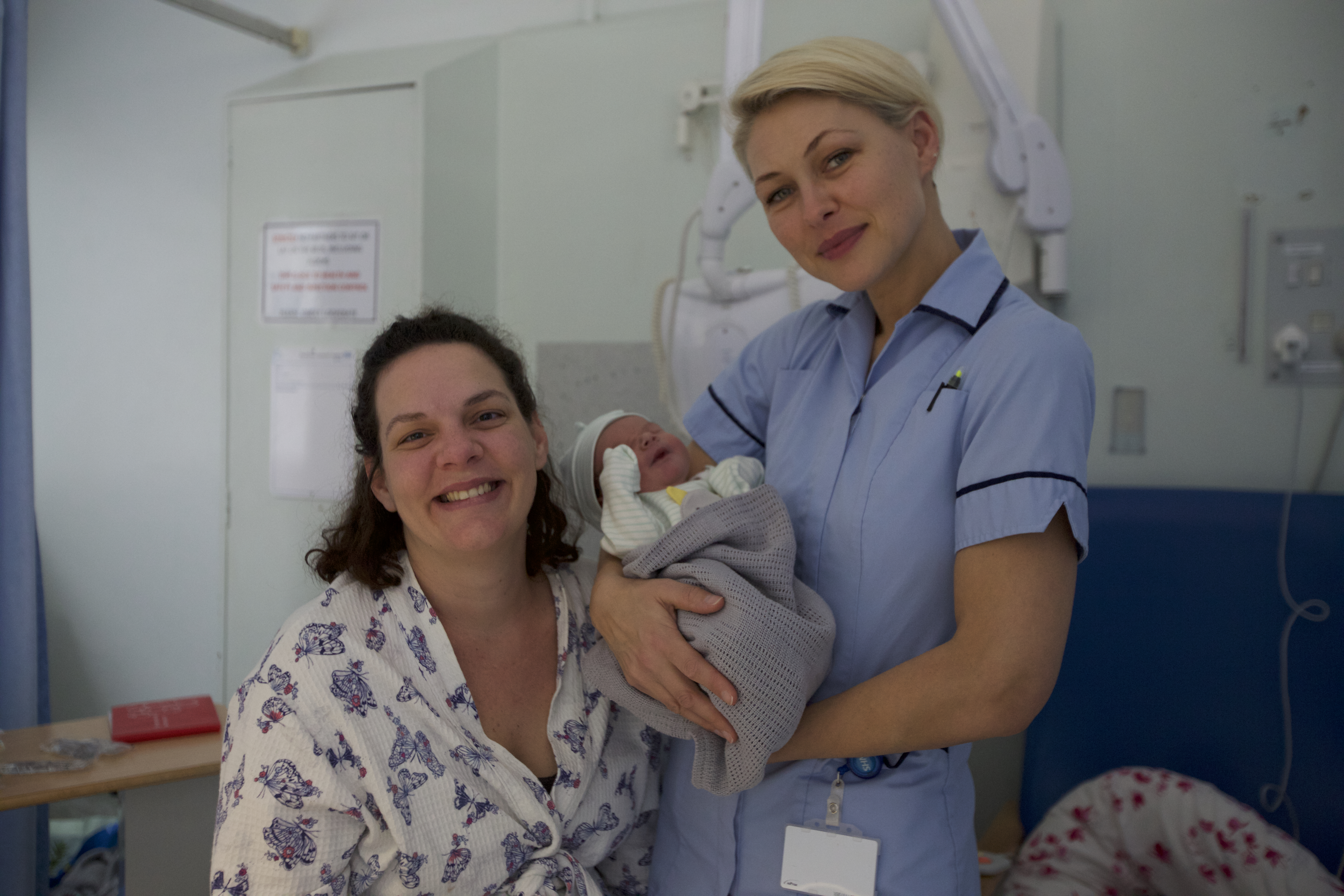 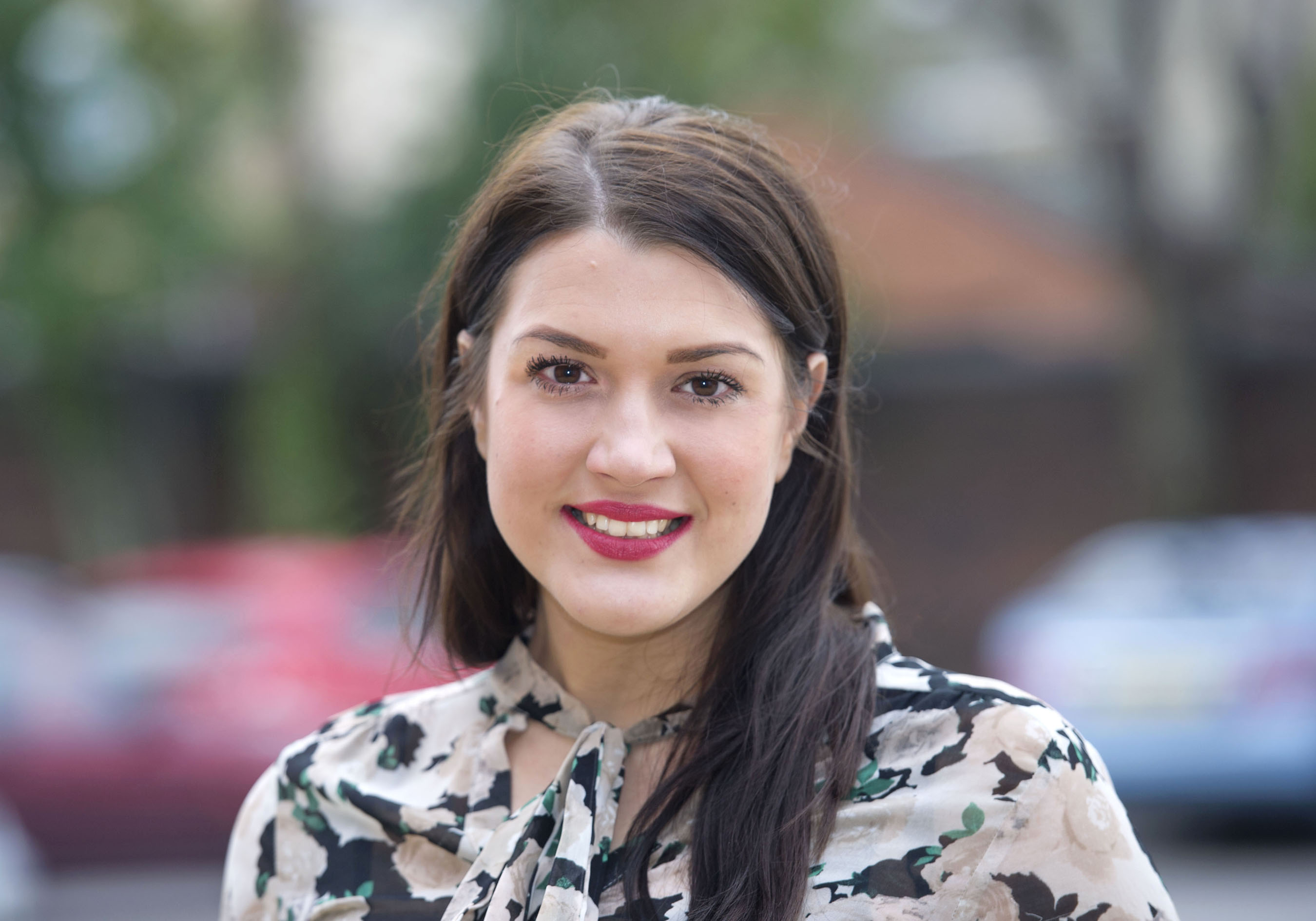 Best midwife: This award is for an NHS midwife who provided great care. Tell us your amazing birth stories or nominate someone for their ongoing hard work.

Best doctor: This category is for any NHS doctor – they could be a GP, a hospital doc or consultant.

Best nurse: This award is for any NHS nurse in any field.

Ultimate lifesaver: A person or team who performed an emergency rescue, operation or similar. This can also include a member of the public.

Ground-breaking pioneer or discovery: Honouring scientists and researchers who have contributed to medical advances.

Unsung hero: This award will go to the unsung heroes of health. It could be a volunteer, a carer, a healthcare assistant, a porter or anyone working in a medical environment.

Best healthy charity: A chance to nominate a health charity which has helped you or a loved one.

Mental health hero: This category is for anyone who has made a significant contribution to mental health.

Young hero: This award is for a young person who has gone above and beyond. It could be a carer or a campaigner or someone else. Open to anyone under the age of 18.

Best team: For any NHS or healthcare team on the front line and behind the scenes.

Christina Newbury Memorial Award: While the previous awards are all open for reader nominations, The Sun’s panel of judges will also recognise special achievement through this award in memory of our late Health Editor, pictured.

She says: “On Thursdays at the clap my son just screams, ‘We love you, NHS, you are the best, NHS!’

“I love that it’s in their minds so young because I grew up around it.”

And today Emma is joining Prime Minister Boris Johnson in urging Sun readers to nominate their health heroes for our Who Cares Wins awards, which are due to take place at Wembley Arena on October 28.

Emma says: “Think about those people who have patched you back together or saved your life or answered questions that have stopped you worrying — and give them the recognition they deserve.

“Now is the time to nominate your NHS heroes.”

Health issues are close to Emma’s heart in several ways — this spring she had been due to begin filming the third series of Delivering Babies, for W Channel, at the Princess Alexandra Hospital in Harlow, Essex.

The project was postponed, then when NHS bosses made a plea for “extra hands” to fight the virus, Emma, a qualified maternity care assistant, faced a hard decision.

Ultimately she decided she couldn’t take the risk, but she says: “This is part of something I really struggled with in the beginning.

“I could have done that, from a qualified point of view.

“But I was absolutely terrified, and that’s what I take my hat off to really.

“Those staff on the front line don’t have any second thoughts.

“They just go and do it, that’s what makes me realise they are incredibly special people and I’m not made like them.”

Emma has spent the past two series of the show working full-time for three-month stints and completing a 15-module test to get her qualification. 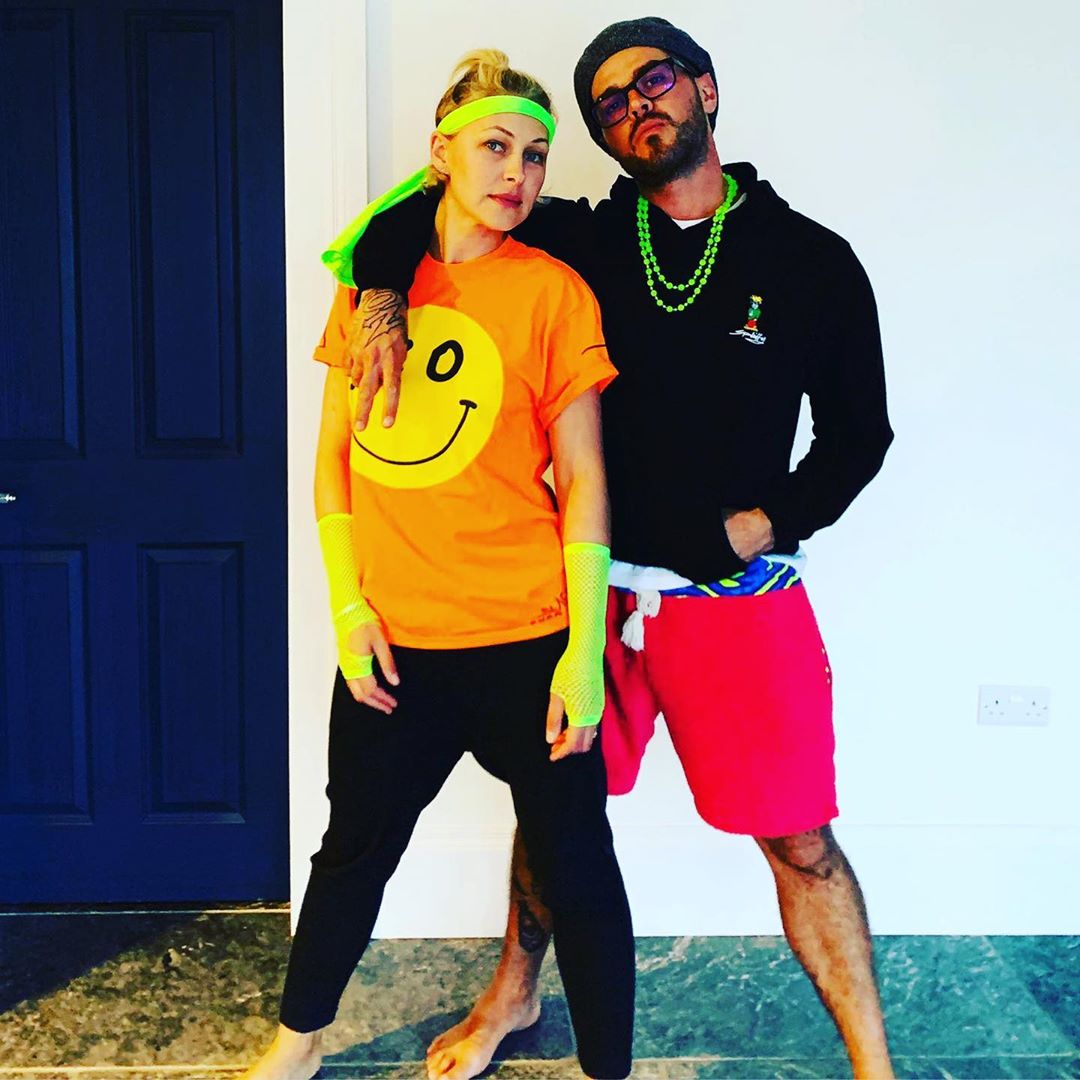 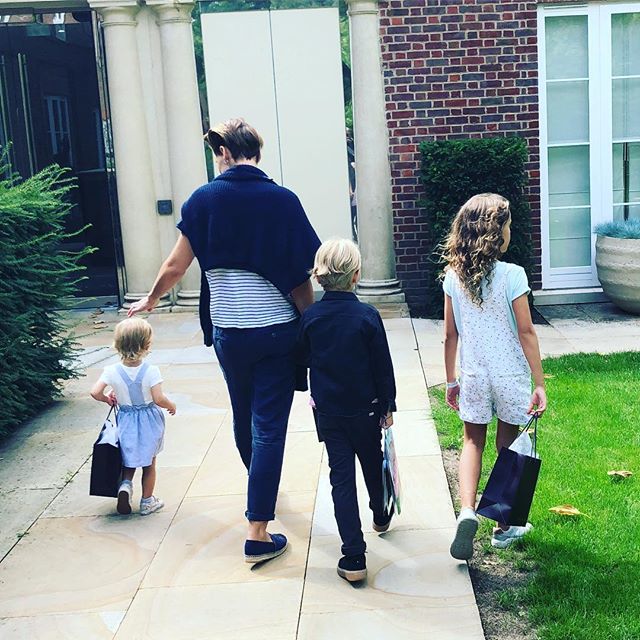 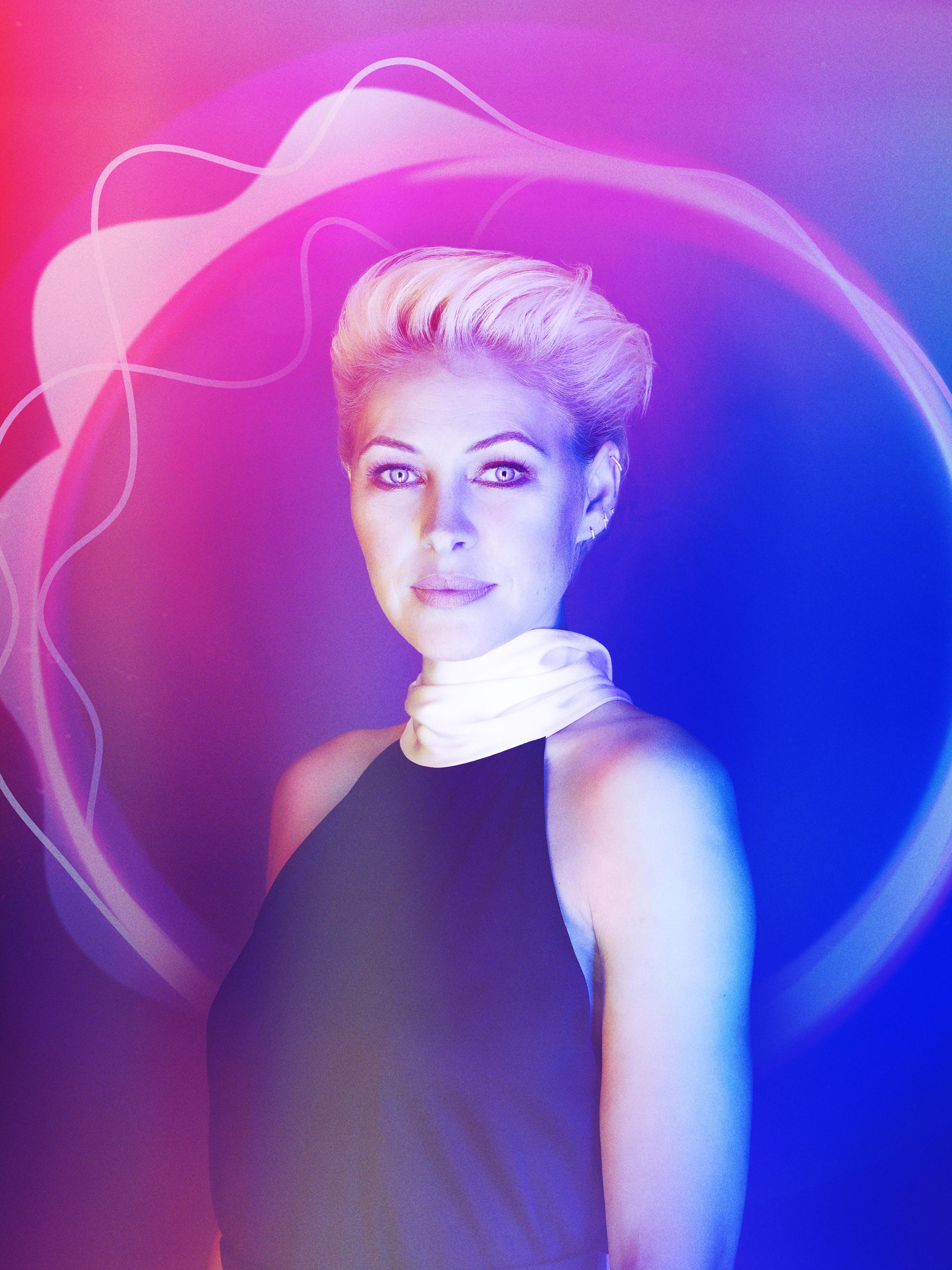 Now she is itching to get back into her uniform and says: “I love it. There’s no greater reality check than doing something like that.”

Her other TV projects are now on ice too.

Though Channel 4 has begun casting a new series of The Circle, Emma says: “The concept is certainly self-isolation for the players but the production behind it is certainly not.

“Fingers crossed we’ll be at a point to continue but we’re just playing it by ear each week.”

Meanwhile she is keeping in touch with Olly Murs, who, with Tom Jones, Megan Trainor and Will.i.am, is a judge on ITV singing contest The Voice, which Emma hosts.

Olly caused a stir this month by sharing a video of a rude prank he played on his girlfriend involving his private parts and a hollow Pringles tube.

Emma says: “I’ve been speaking to Olly and watching his TikToks, which are highly amusing.

“I don’t know how Will’s doing, or Megan.

“It’s Tom’s birthday next month so I imagine he’s getting ready for a right old celebration.”

Emma is in regular contact with her fellow midwives on the ward where she filmed Delivering Babies, including Naghmeh Teymourian — a finalist in The Sun’s Who Cares Wins awards last year.

Emma says: “On International Day Of The Midwife this month I did a little FaceTime chat with them because they had a coffee morning, which was nice.”

And only last week she was reminded of the NHS’s superb care when she took daughter Isabelle to hospital after she banged her head.

Emma says: “A&E was like a ghost town, but they were phenomenal, efficient and welcoming.

Emma remains philosophical about lockdown, saying: “I have days when everything’s great and days when I feel really down and miserable.

“But you go, ‘At this moment I have my health, and that’s what I need to be thankful for, so stop feeling sorry for yourself and put the washing on’.” 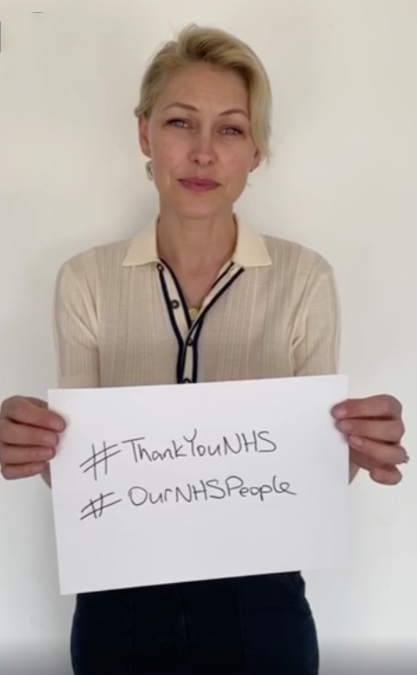