Emmanuel Macron failed to pick up the telephone to Boris Johnson yesterday, with one of his ministers warning that patching up relations with Britain was ‘not our priority’.

The French president spoke to German chancellor Olaf Scholz and Ukrainian president Volodymyr Zelensky within hours of his election victory – and was due to hold a call with US President Joe Biden last night.

But Downing Street insisted the Prime Minister had not been snubbed, despite a phone conversation between him and the Élysée Palace not taking place. 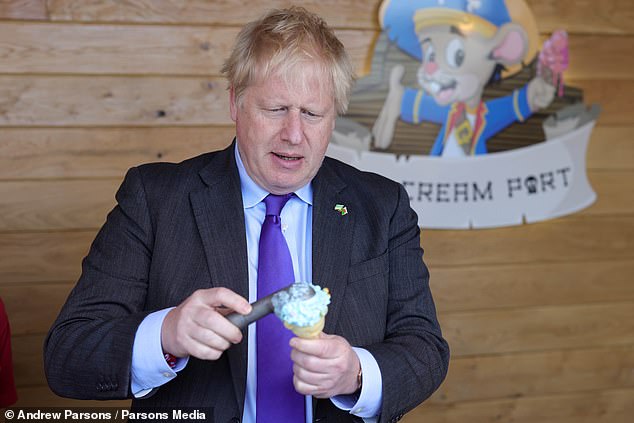 Boris was left handing the phone when he called Macron yesterday to congratulate him on his election victory against Marine le Pen. A Johnson spokesman said he was ‘sure they will speak in due course’

Mr Johnson’s spokesman said: ‘The Prime Minister speaks to his counterpart regularly, they enjoy a good relationship. I’m sure they will speak in due course.’

With the president no longer in campaign mode, the Government is seeking a more constructive relationship with Paris when dealing with issues such as Brexit and migrants crossing the Channel.

But asked if Mr Macron will reset the relationship with Mr Johnson, economics minister Bruno Le Maire told Channel 4 News it was ‘not our priority’.

Earlier, Mr Johnson said it was ‘very important’ to have a French president ‘who can be relied upon when it comes to some of the most important international issues, and particularly when you look at what’s been going on in Ukraine’. 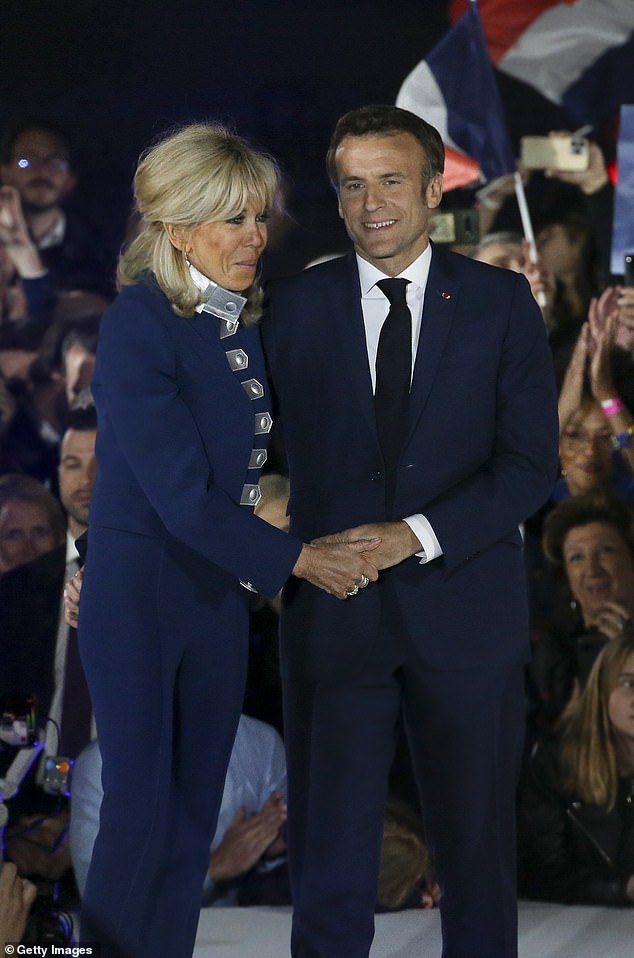 French President Emmanuel Macron celebrates his re-election with his wife Brigitte Macron at the Champ de Mars near the Eiffel. Le Pen wasted no time in urging her supporters to deprive Mr Macron of the seats he needs to push through his agenda in the June legislative elections

He added: ‘It’s not right for friendly governments to comment on elections in neighbouring countries but what I can certainly say is that it is very, very important that Emmanuel and I have been able to work closely together on Ukraine over the last few weeks and months. We share a very common, very similar perspective.’

But he now faces a battle to secure a parliamentary majority in legislative elections in June.

Miss Le Pen, who achieved her highest-ever level of support in three attempts to become France’s leader, was already plotting her revenge yesterday when she urged her supporters to deprive Mr Macron of the seats he needs to push through his agenda, which includes unpopular plans to increase the retirement age from 62 to 64.

There was a lukewarm response to Mr Macron’s re-election in the French media yesterday, as the achievement was dubbed a ‘Victory Without Triumph’.

Le Parisien, the French capital’s daily tabloid, wrote that Mr Macron was ‘re-elected but is already under pressure’. 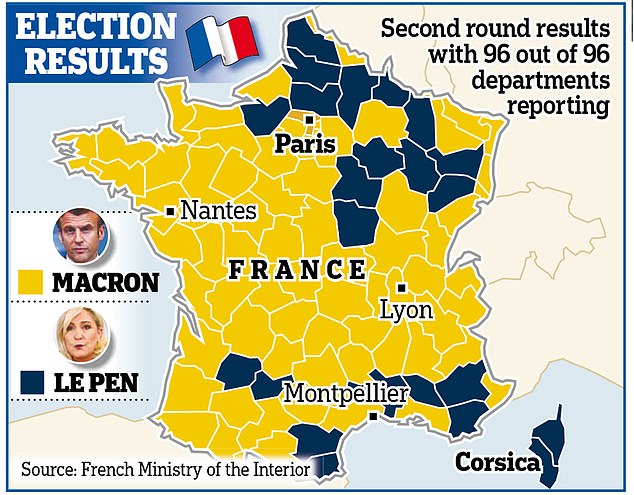