Emmanuel Macron vows to 'win the battle' against Muslims

During a visit to a police station in a densely populated district of Mulhouse, in the east of the country,  the French President said: ‘The Republic must keep her promises.

‘We must fight separatism because when the Republic does not keep her promises, others will try to replace it.’

He added: ‘We have decided to win the battle against Islamic separatism using education and the economy’.

Pointing to ‘communitarianism’ – the creation of self-governing communities within the state – the premier said he was sick of hearing about children being taking out of school because of radical political ideas linked to Islam. 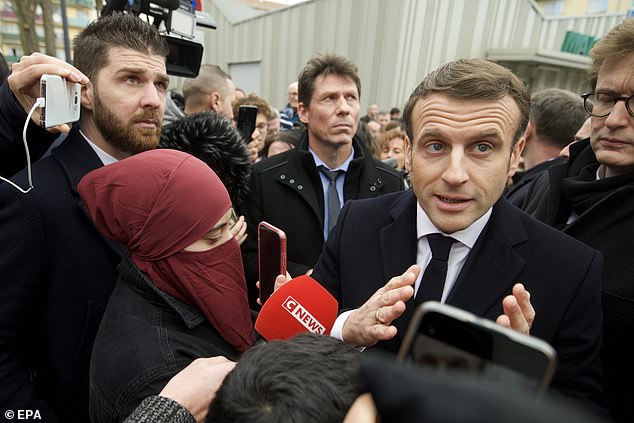 Emmanuel Macron on a visit to a police station in the district of Bourtzwiller, Mulhouse, eastern France 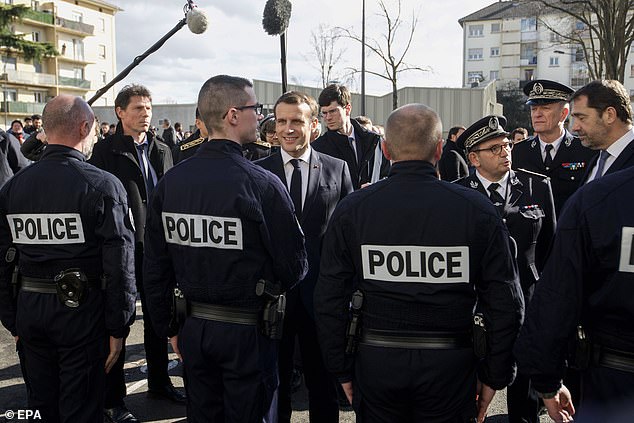 Mr Macron said: ‘We are here for a reason that we share with Muslims – that is the struggle against communitarianism.’

And he added: ‘We must fight against discrimination – we have to have a meritocracy everywhere.’

France is a secular republic which does not compile official statistics about citizens’ religion or racial origin.

But Bourtzwiller, the district of the eastern city of Mulhouse which Mr Macron visited, is considered a security concern because of tensions linked to religious faith.

In 2012, Bourtzwiller – which has a population of 15,000 – was designated one of 47 ‘Republican reconquest districts’ where traditional French values were being challenged.

This led to more police and security measures being deployed in the area, and stricter monitoring of radical preaches. 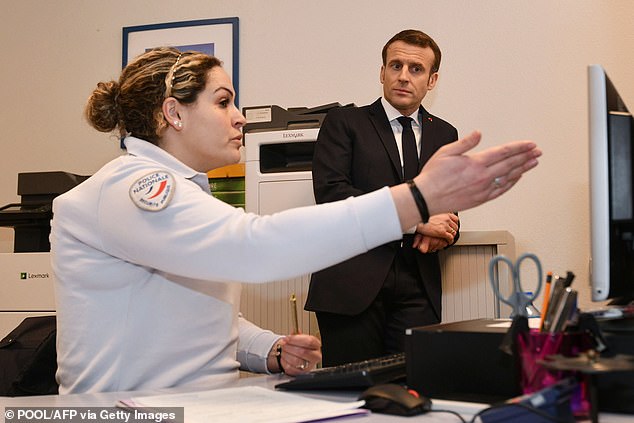 The French premier listens to a police officer in the district of Bourtzwiller, which is considered a security concern because of tensions linked to religious faith 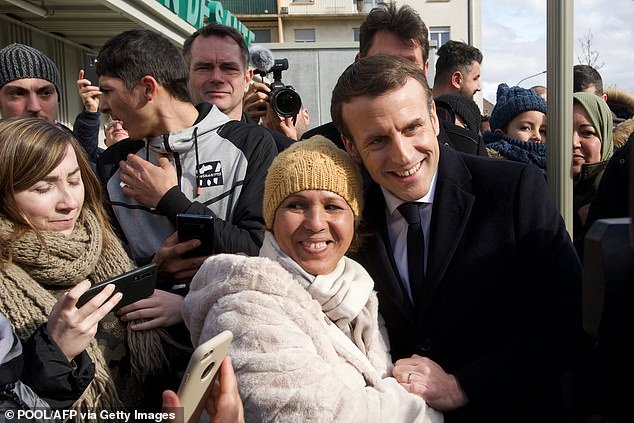 Mr Macron greets people on his visit, where he today pledged to ‘win the battle’ against Muslims creating separate communities in France 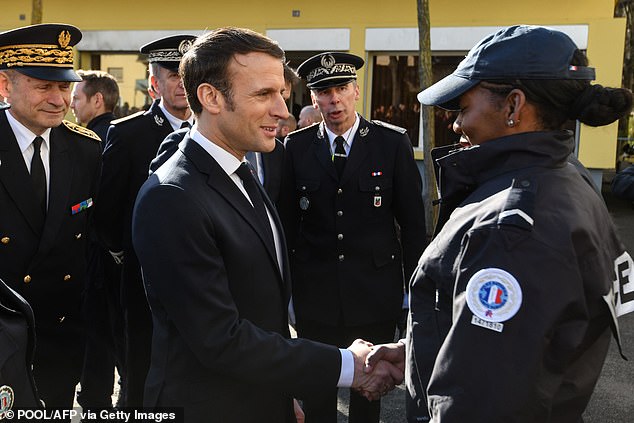 The President greets a police officer on the visit, before later lamenting children being taking out of school because of radical political ideas linked to Islam

Many of those living there in Bourtzwiller have links to former French colonies in North Africa, such as Algeria.

There have also been concerns about the funding of the new £25million An-Nour Mosque and Islamic centre in Mulhouse, because around half of this sum is coming from the gas and petrol-rich state of Qatar.

France has a Muslim population estimated at around six million – the largest in western Europe.

There are frequent claims of discrimination against them, especially those living on housing estates in areas such Bourtzwiller.

Mr Macron has himself been accused of moving further to the right as he attempts to win voters from both parties.