Employment hits record high of 32.8million and average pay is also UP in a pre-Brexit boost for Boris Johnson driven by an increase in the number of working women and the self employed

Employment has hit record highs in the UK as the market was boosted by higher numbers of working women and self-employed workers, new figures reveal.

The number of people in employment rose by 115,000 to 32.81 million in the three months to June, reaching a new high for people in work, the Office for National Statistics said.

Chancellor of the Exchequer Sajid Javid, said: I’m pleased to see 2.9 million more people are in work every day since 2010, wages are rising at their fastest in more than a decade, and people across the UK are taking home more of what they earn.

‘Thanks to the hard work of the British people and the government, we can further invest in our public services.

‘And today’s figures are another sign that despite the challenges across the global economy, the fundamentals of the British economy are strong as we prepare to leave the EU.’ 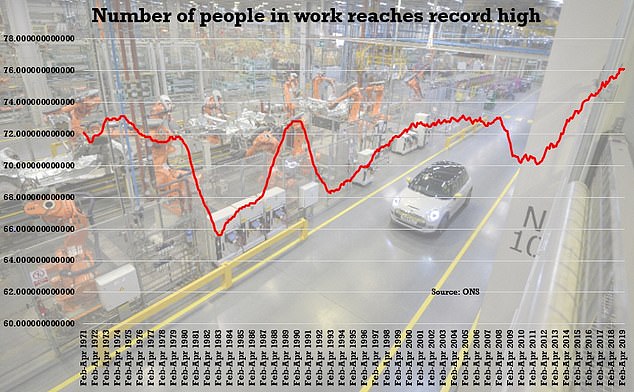 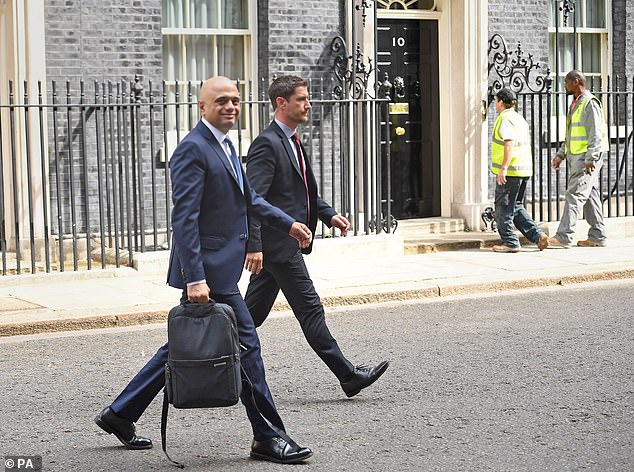 Chancellor of the Exchequer Sajid Javid (pictured in Downing Street yesterday), said: ‘Today’s figures are another sign that despite the challenges across the global economy, the fundamentals of the British economy are strong as we prepare to leave the EU.’

Both unemployment and employment rose, as the number of people aged between 16 and 64 considered economically active continued to slide, falling by 47,000 to 8.56million for the period.

The percentage of women aged between 16 and 64 in work rose to 72.1 per cent, the highest rate on record.

Average earnings, which include bonuses, increased by 3.7 per cent compared with 3.4 per cent in the previous month.

The ONS said that in real terms – after adjusting for inflation – total pay is estimated to have increased by 1.8 per cent compared with a year earlier. 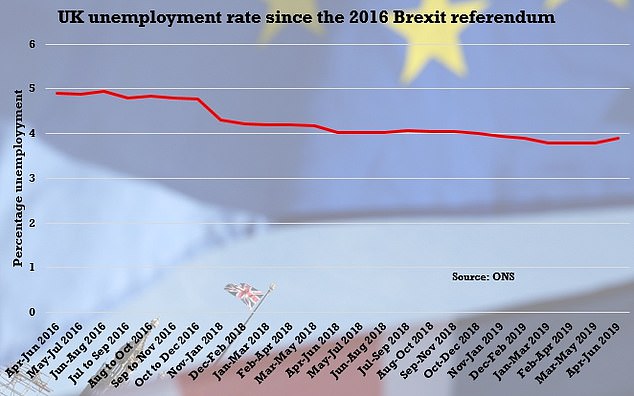 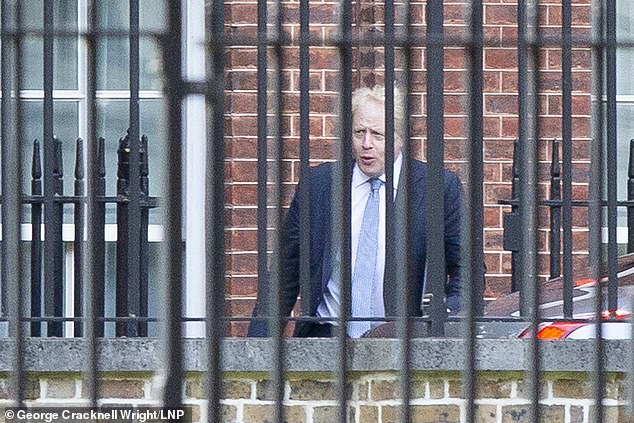 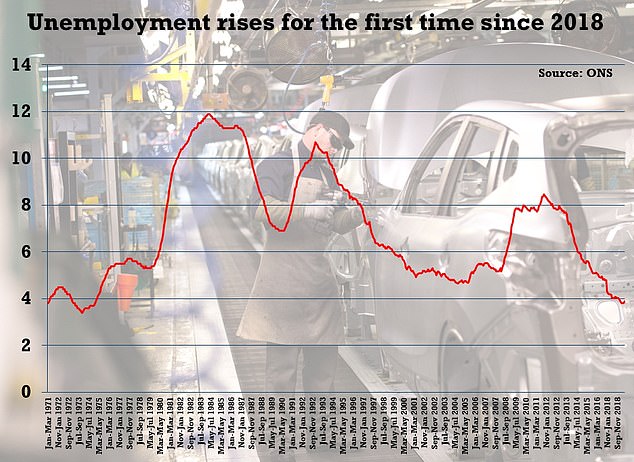 Matt Hughes, deputy head of labour market statistics for the ONS, said: ‘Employment continues to increase, with three-quarters of this year’s growth being due to more women working.

‘However, the number of vacancies has been falling for six months, with fewer now than there were this time last year.

‘Excluding bonuses, real wages are growing at their fastest in nearly four years, but pay levels still have not returned to their pre-downturn peak.’