Lords of the flies! England defy being bugged by a plague of midges to see off Tunisia in their World Cup opener

England have defied a plague of midges to beat Tunisia in their first Group G fixture this evening.

Plenty of fans watching at home noticed the swarm of midges bugging Raheem Sterling at the start of the second half as he attempted to swat them away.

England fan Dan Howell, 26, from Birmingham, whooped with joy as he watched the game from the stands in Volgograd in Russia after the winning goal.

He said: ‘Harry Kane is the Lord of the Flies. There were so many midgets flying about and they were as annoying as the Tunisian players who almost got a draw.’ 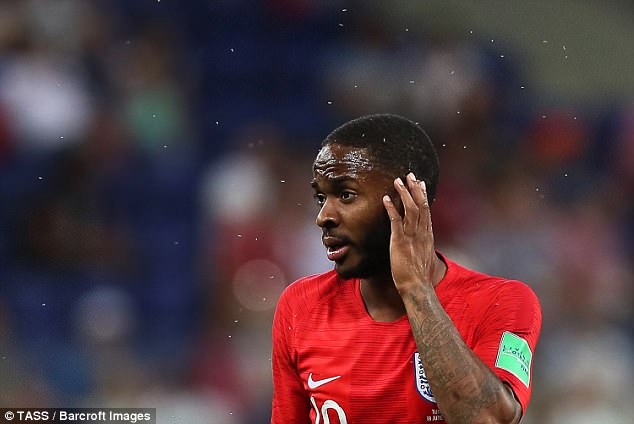 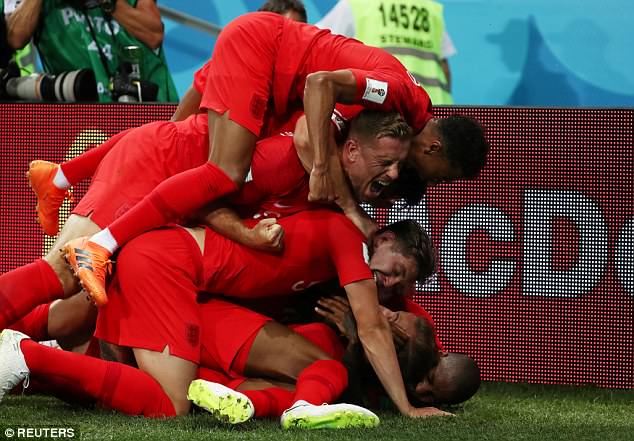 Luckily England were able to defy the midges, with Harry Kane leading England to a 2-1 victory 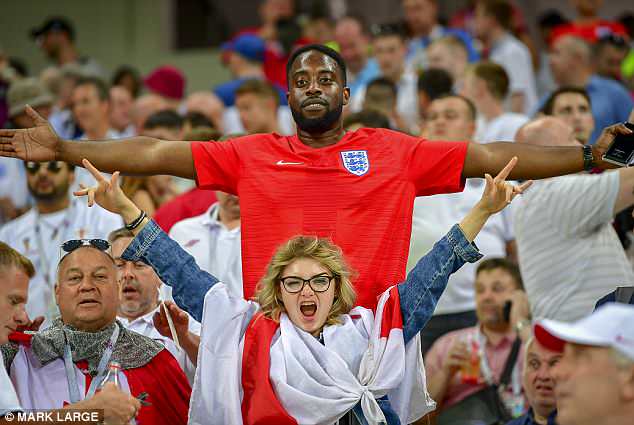 A helicopter had been used in the days before the match to unleash massive bursts of anti fly chemicals against the flies which had multiplied due to nearby marshland and the Volgo River nearby.

Unfortunately that wasn’t enough and England players were forced to spray themselves with an insect repellent called ‘Jungle Formula’.

Plenty of fans watching at home took to Twitter to express their frustration with the pesky creatures.

Before Harry Kane scored his second goal in injury time, one fan wrote: ‘Good to see we have established midges, heat and refereeing as preemptive reasons for a draw. #ENGTUN.’ 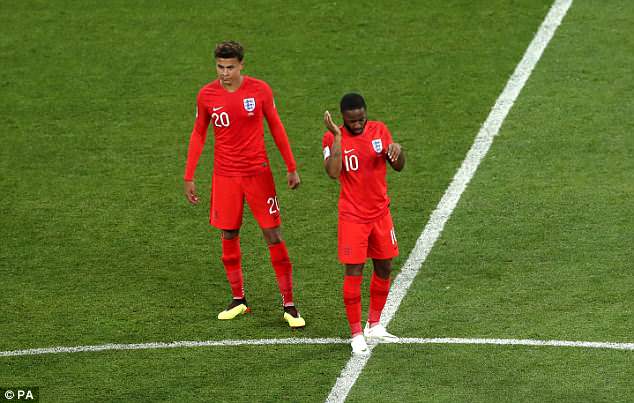 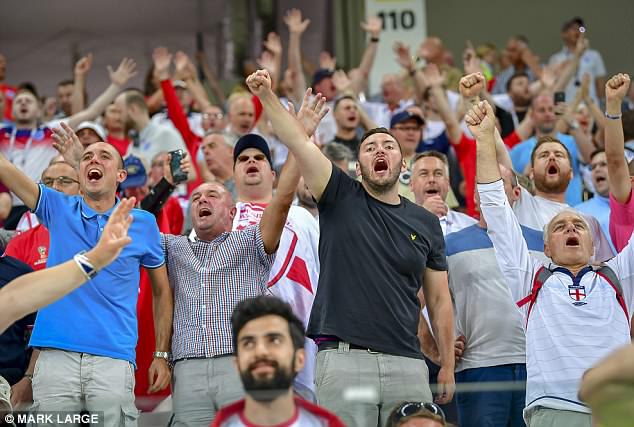 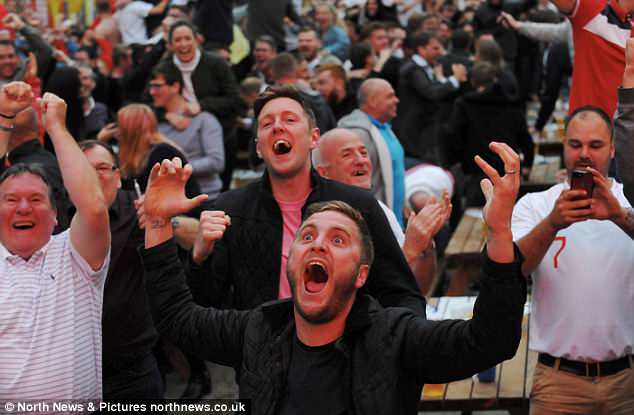 Another wrote: ‘Midges lining up for the second half in a 4-3-900million formation #ENGTUN.’

Others were left itching despite being thousands of miles away, with one writing: ‘Every time they talk about the midges I start scratching #ENGTUN.’

Those who were lucky enough to travel to watch the game were delighted by the outcome.

Watford fan Charlie Carlyle, 47, said: ‘Harry can cut the mustard. It only took him a few minutes to score the first goal and he never gave up.

‘I hope he can go all the way and be top scorer at this World Cup like he said he would like too.

‘These young fellas play without fear and are like brothers in arms. We can go forward now and not worry too much.

‘We’ll beat Panama in our next match and should be a match for Belgium in the third game.’ 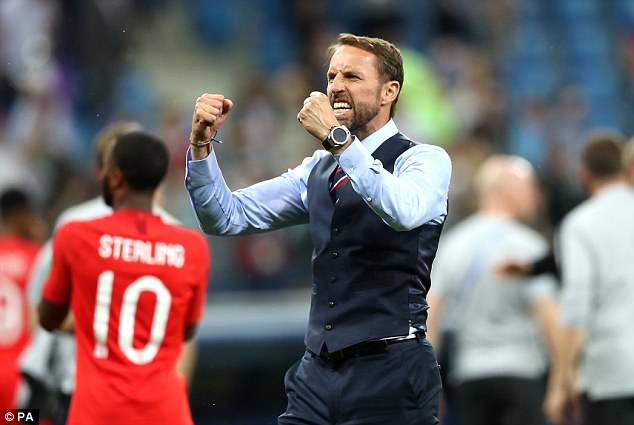 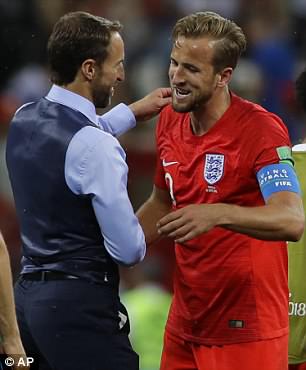 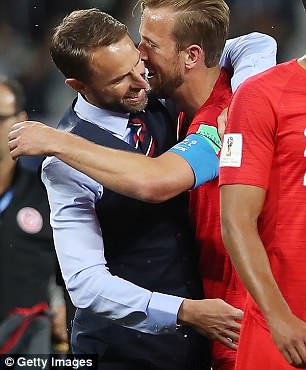 Other fans were left in tears of joy at the result.

Jacqueline Adkins, 21, of Virginia Water, who was with her boyfriend Tim, burst into tears at the final whistle.

‘It was so hard, so emotional, and I just thought we were gonna lose when they came back and got a penalty.

Jenny Fenton, 23, of Harlow and a Spurs fan, said: ‘That 11th minute goal set the standard for the team and thankfully they delivered in the end.

‘I’m so glad for England but worried now that the likes of Barcelona and Real Madrid will try and steal him away from Tottenham.

‘They’ll all be watching him and offering I’m loads of money. It’s great for Harry though and England as he showed he is absolutely world class.’

Phillip Cattermole 61 Leicester said: ‘After England missed their fourth easy chance in the first half they seemed to have a loss of nerve.

‘The second half was very poor. We needed need a bit of luck and Kane got it. He was the difference tonight.’