‘Hands up who’s got a monster hangover?’ England fans feel the after effects of last night’s crushing loss as they wake up with sore heads and ‘that once in a 28-year feeling’

Millions of dejected England fans have woken up with a post-World Cup hangover today.

Workers up and down the country have taken to social media to share their heartbreak – and hangovers – in the wake of the Three Lions’ devastating defeat.

Some six million people are estimated to call in sick this morning while children who stayed up hours past their bedtimes to watch the game turn up to school bleary-eyed. 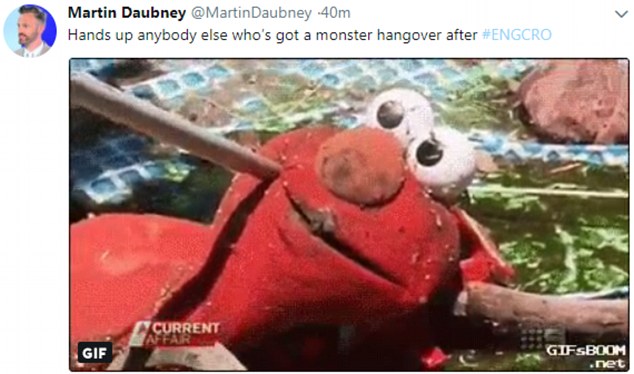 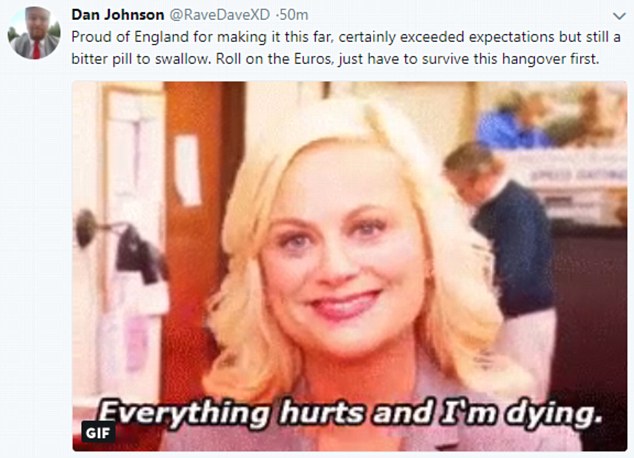 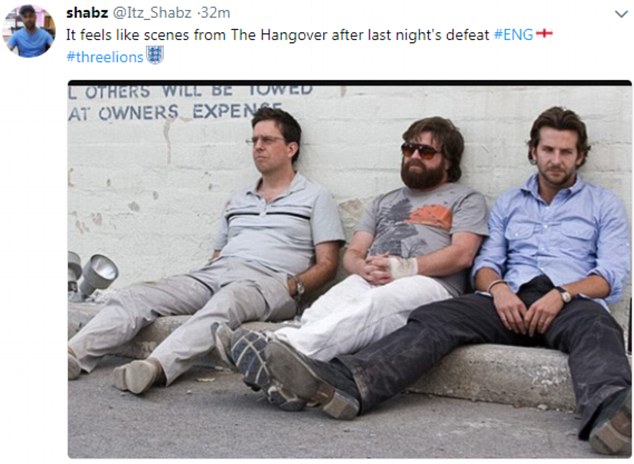 Roads, rail and tube services are expected to be quieter than normal and staff sickness is predicted to soar today, according to a a Centropy PR study of some 2,000 workers.

RAC spokesman Simon Williams said: ‘The quietest rush-hour of the year is expected on Thursday morning as fans struggle after a night cheering on England.’

Jane Pearson, spokesperson for BrightHR, which monitors absenteeism at 11,227 workplaces, added: ‘Thursday will be the big one for absenteeism and lateness, coming after such a big England evening game and a lot of drinking.

‘There will be more employees calling in sick or arriving late than after previous games.

‘An England football game is the single biggest factor affecting absenteeism and lateness across the widest number and spread of industries.’ 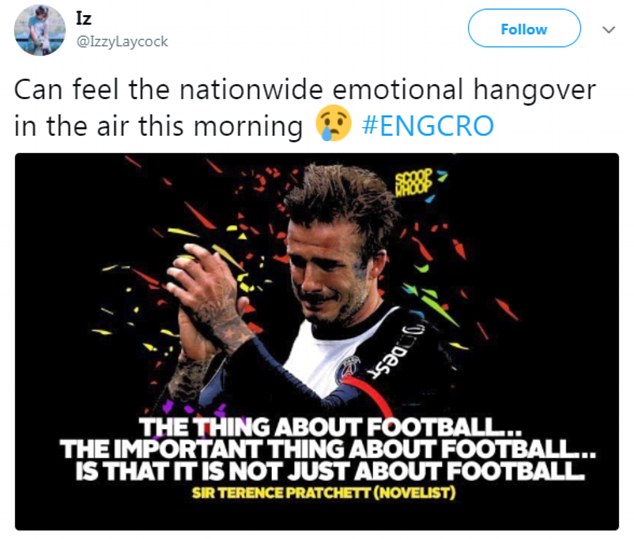 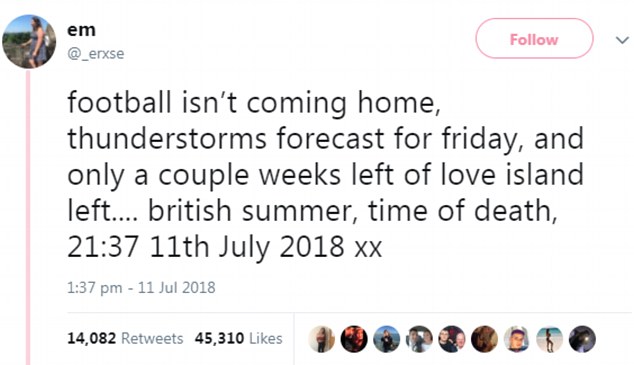 The despair soon turned to anger as fans became embroiled in a mass brawl outside a city centre pub in the aftermath of the England defeat.

Men and women threw furious punches outside the Cat and the Fiddle pub in Great Barr, Birmingham just minutes after the final whistle of the World Cup semi-final.

West Midlands Ambulance service said it dealt with a huge rise in violence as it was called to the aftermath of assaults and fights in the wake of England’s World Cup exit.

In footage from the fight dozens of fans looked on in horror as men and women swung for each other. Several punters try to hold each other back from getting involved in the violence, but it then breaks up into several smaller fights.

On nearby Broad Street, cones were kicked over in anger as enraged fans spilled out from bars and into the city. 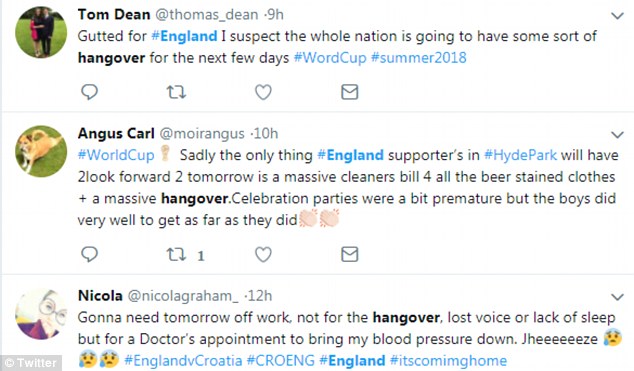 Additional footage revealed chaotic scenes as many jumped in the canals just off the bustling street, egged on by hundreds of onlookers. Others took to climbing traffic lights and lampposts after the loss.

And the number of 999 calls skyrocketed since Croatia’s victory overEngland, the Assistant Chief at West Midlands Ambulance Service said.

The service said it had taken over 240 emergency calls in the first hour since the football finished, compared to just 120 when fans were placated by the match.

Assistant Chief officer Nathan Hudson branded the number of assaults and large scale fights as ‘madness’ in a tweet shortly after the game.

A spokesperson wrote: ‘Come on West Midlands, show some dignity & respect towards each other! Look how our 999 calls have rocketed after the final whistle with numerous assaults & fights reported. Our @England team have been gracious in defeat, fans should be too £respect.’ 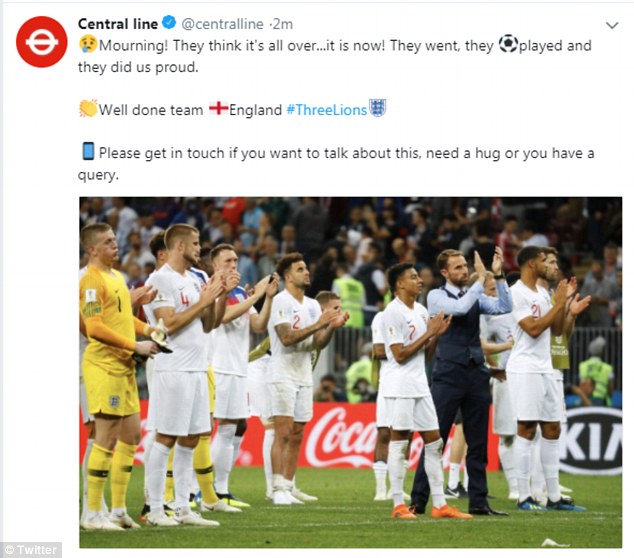