England's Covid-19 outbreak was flat in the week before lockdown

The number of people catching coronavirus each day rose slightly in England in the week before lockdown, official figures show – but they have now remained flat for three weeks.

A weekly report from the Office for National Statistics (ONS) estimates that 47,700 people caught the virus each day in the week ending November 6.

This was a four per cent nudge up from the 45,700 per day estimated during half term the week before, but experts at the ONS said in the report: ‘The incidence rate has increased in recent weeks, and remains at about 50,000 new cases per day.’

The daily infections figure breached the 50,000 mark for the first time in the week ending October 23 and have hovered at a similar level ever since then, suggesting that the outbreak has levelled off in England and Wales.

Because of the sustained level of transmission the total number of people infected at any one time – now thought to be 654,000 up from 618,700 a week earlier – has continued to increase.

But, the ONS added ‘the rate of increase is slower than previous weeks’. Today’s update adds to a raft of statistics showing that the outbreak in England had already started to come under control before the second lockdown began.

The Covid Symptom Study yesterday estimated the R rate for the entire UK to be at an average of 0.9, meaning every 10 people with coronavirus now only infect nine others and the outbreak is gradually shrinking.

And NHS data shows that the number of people in hospital in Liverpool – one of the worst hit parts of the country for much of the second wave – fell 15 per cent in the week leading up to the second lockdown. 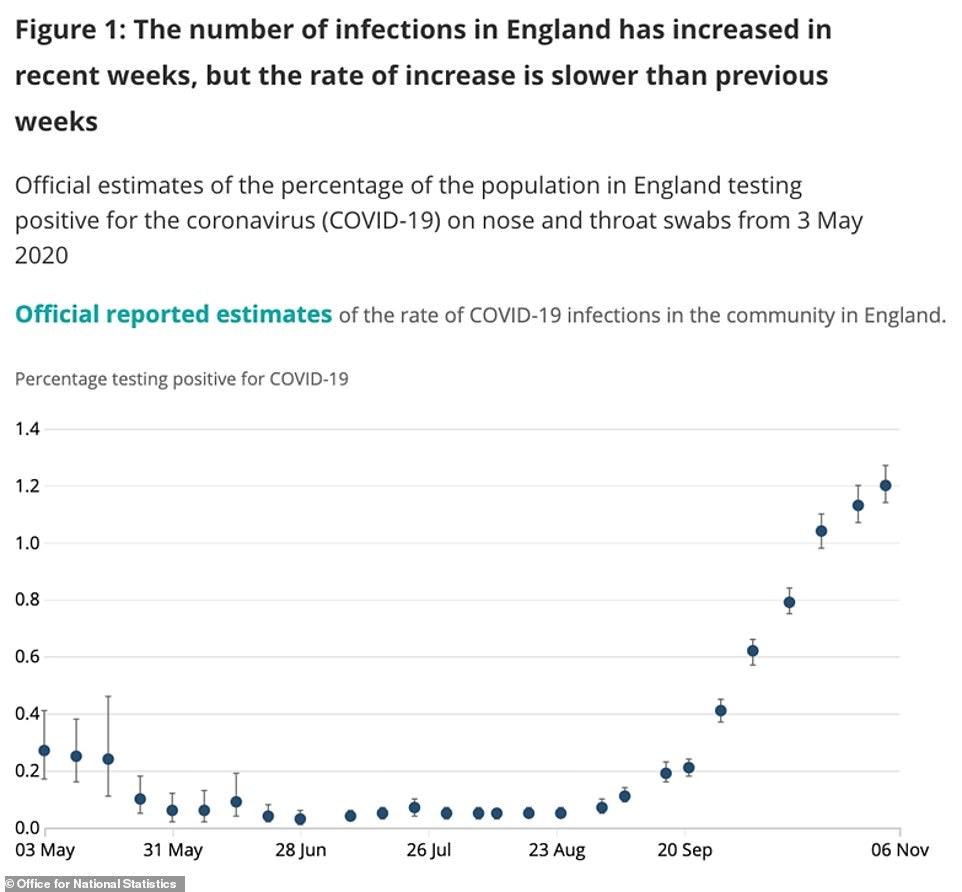 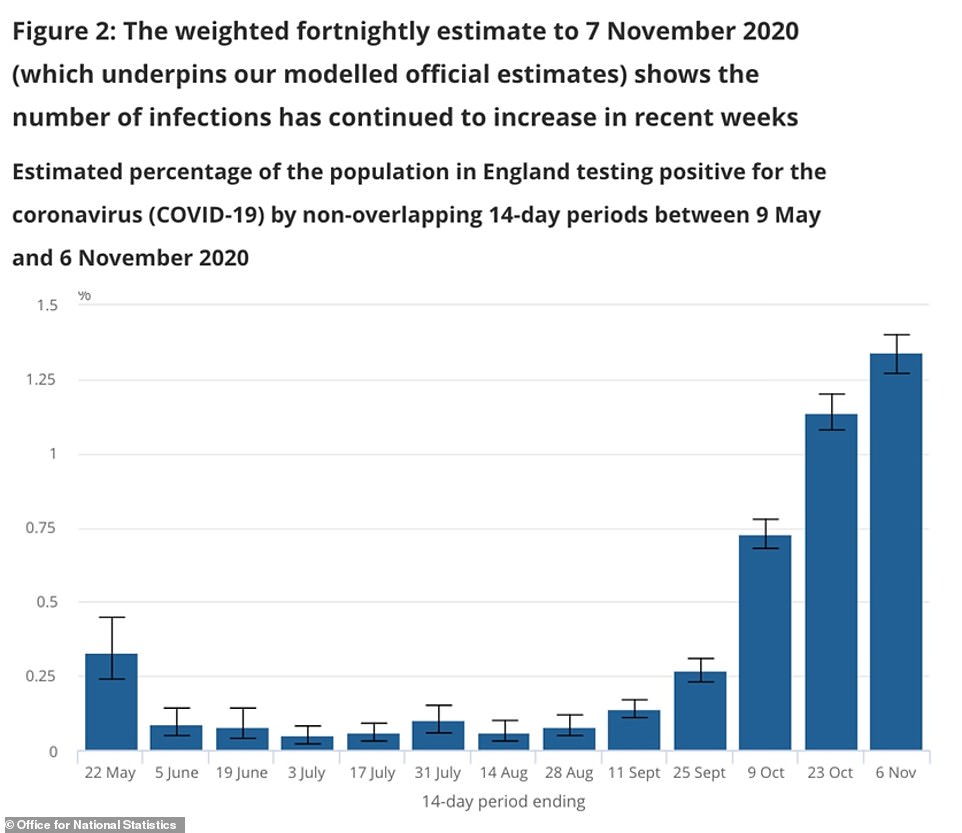 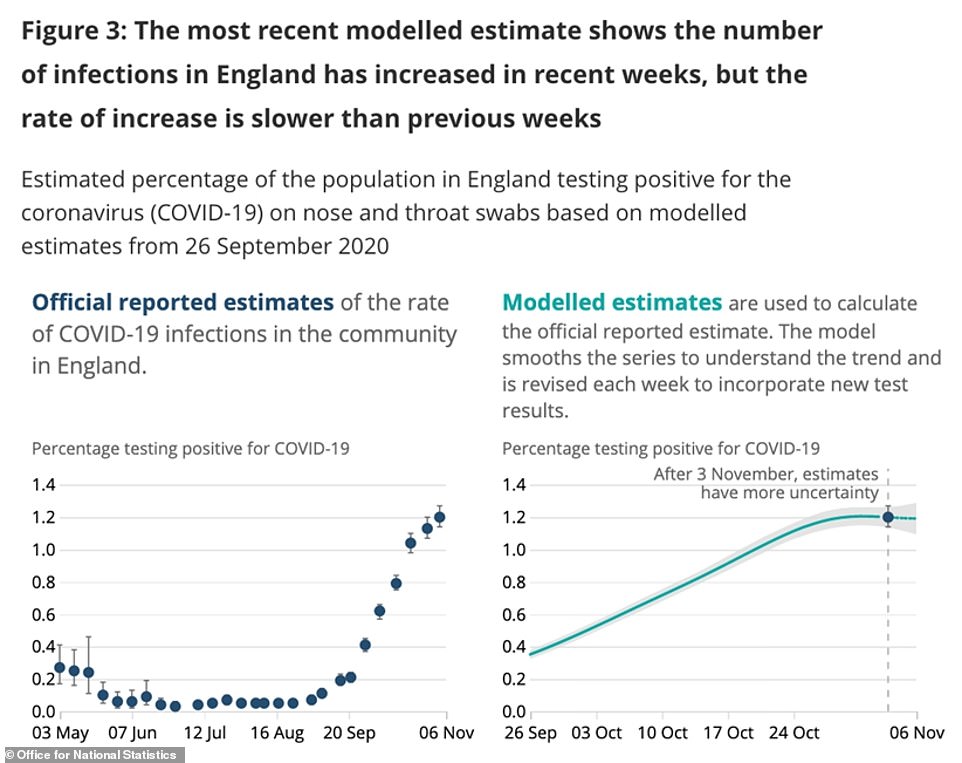 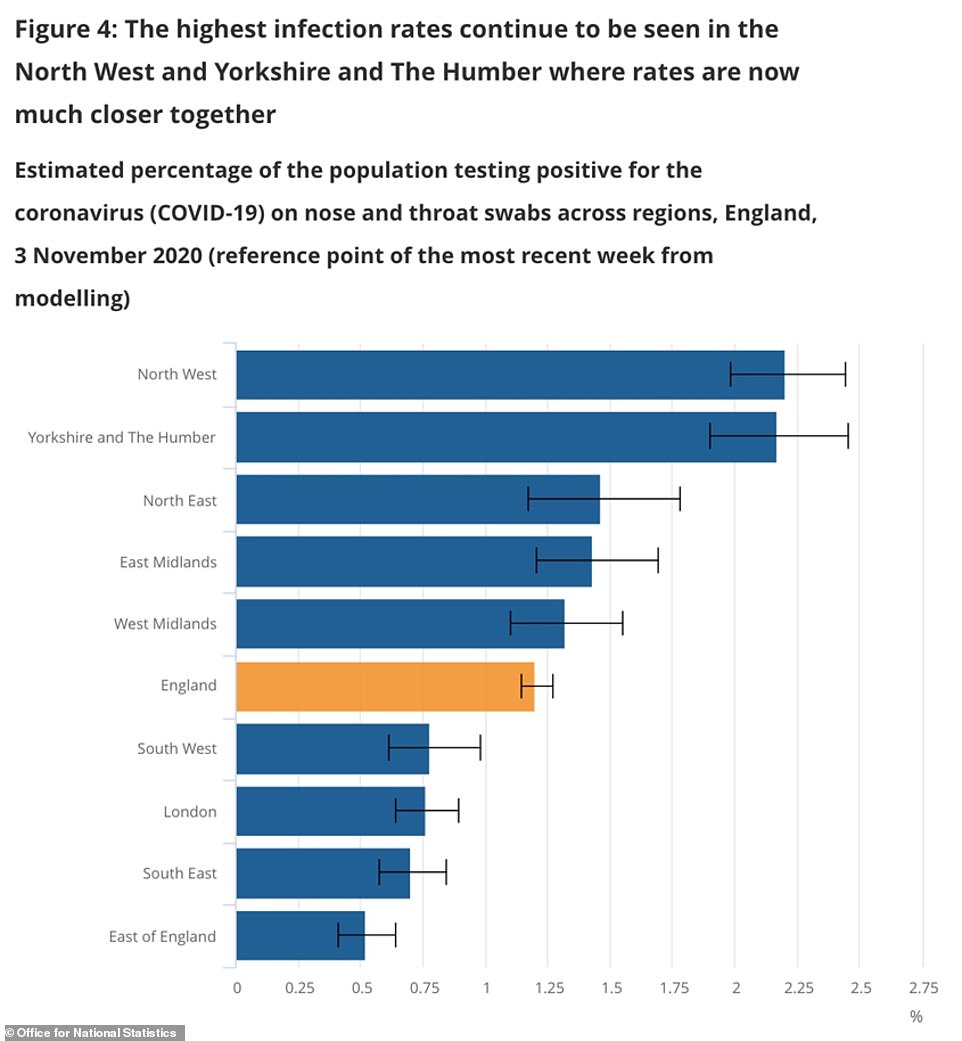