English landmarks that inspired key scenes in Tolkien’s Lord of the Rings and Hobbit books are revealed – including a Berkshire folly, a ruined Dorset castle and a wooded hill in Warwickshire

They’ve inspired four award-winning books, blockbuster movies and a global fan following. But many of the key scenes in Tolkien’s Lord of the Rings and Hobbit are based on little-known places in the British countryside.

Expert John Garth spent years retracing the esteemed author’s footsteps and painstakingly studying influences on him during the 20th century before making revealing the hidden sites.

Saruman’s fearsome tower in Isengard, he argues, draws its roots from the Faringdon Folly in Berkshire, which sparked an epic planning row in the 1930s.

He proposes the stunning Elven forests have been mixed with the romantic woodlands surrounding Warwick castle, which the author visited with his wife-to-be Edith Pratt.

And the moment the black riders are swept away by raging waters is based on the river Cole’s Greet weir, near Birmingham, where several people were swept to their deaths during his childhood. 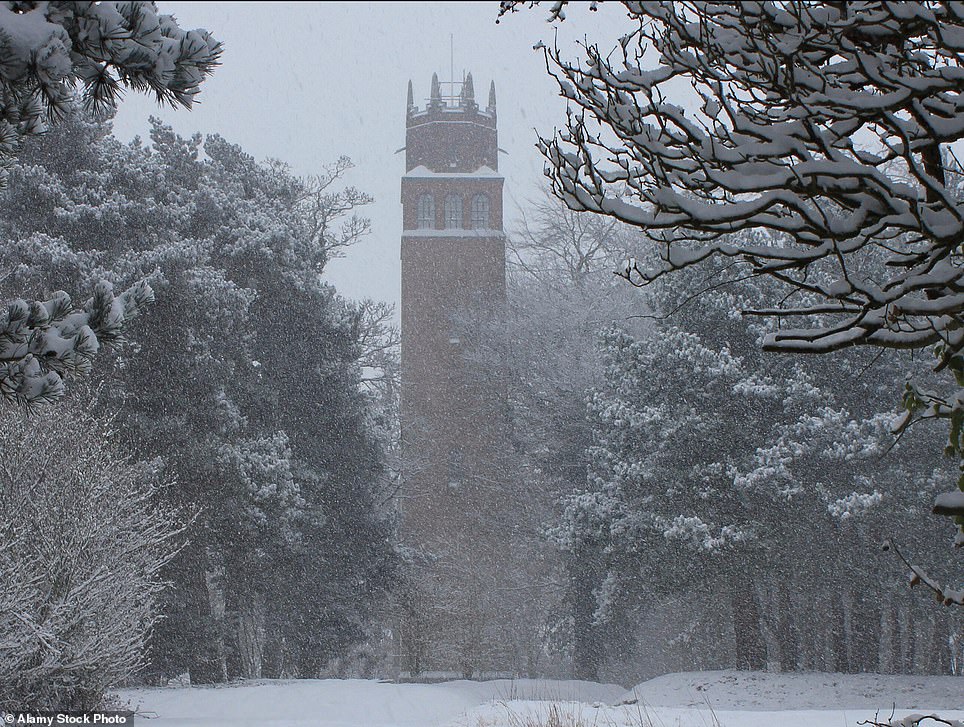 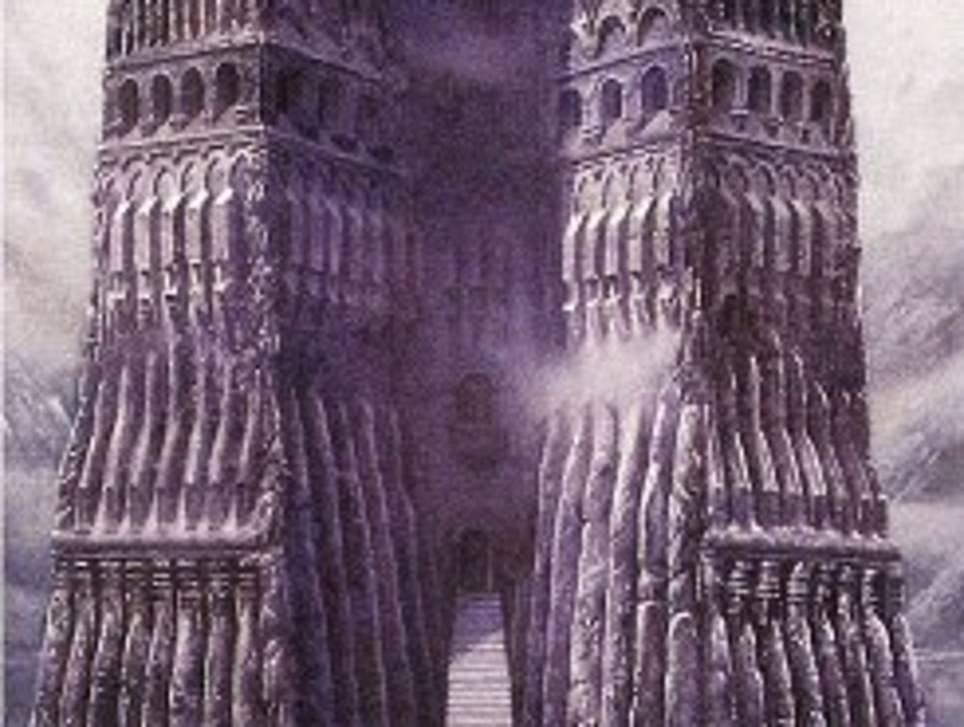 The Faringdon Folly in Berkshire inspired Saruman’s tower, said expert John Garth. Tolkien would have been aware of the building near Oxford, which had sparked a massive planning row 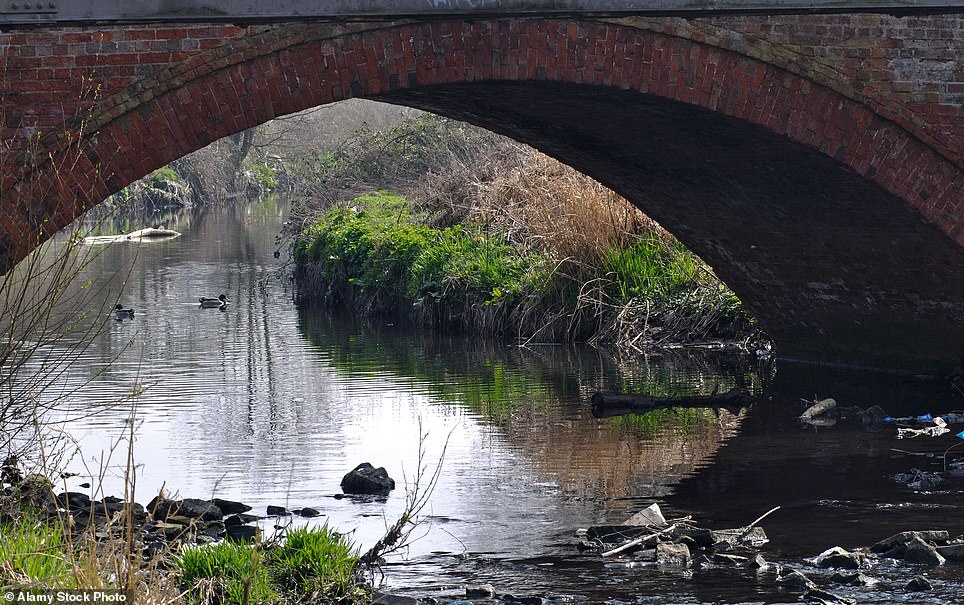 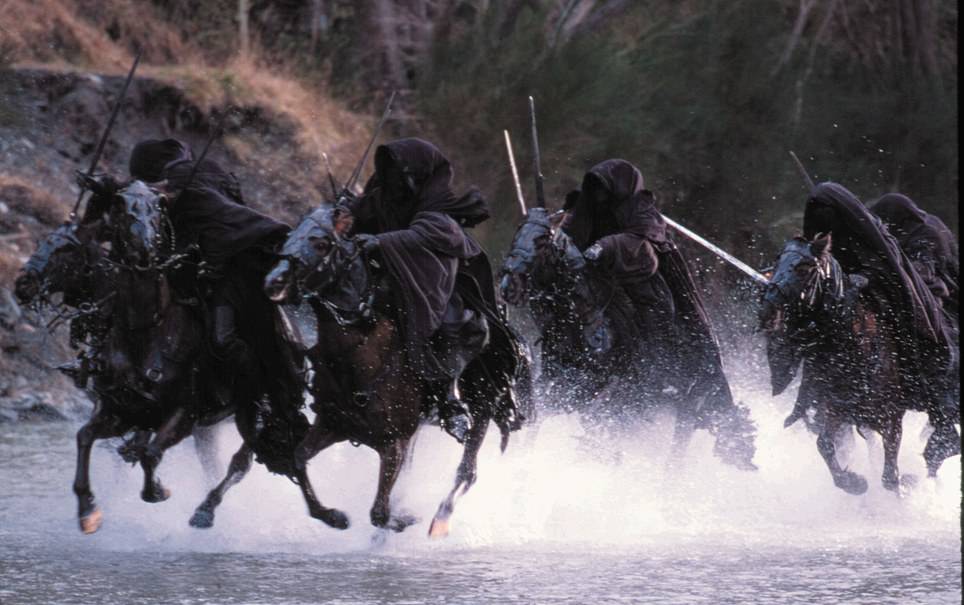 The river Cole near Birmingham provided the roots for the scene where black riders are swept away by a torrent of raging water. It is known to suddenly burst its banks 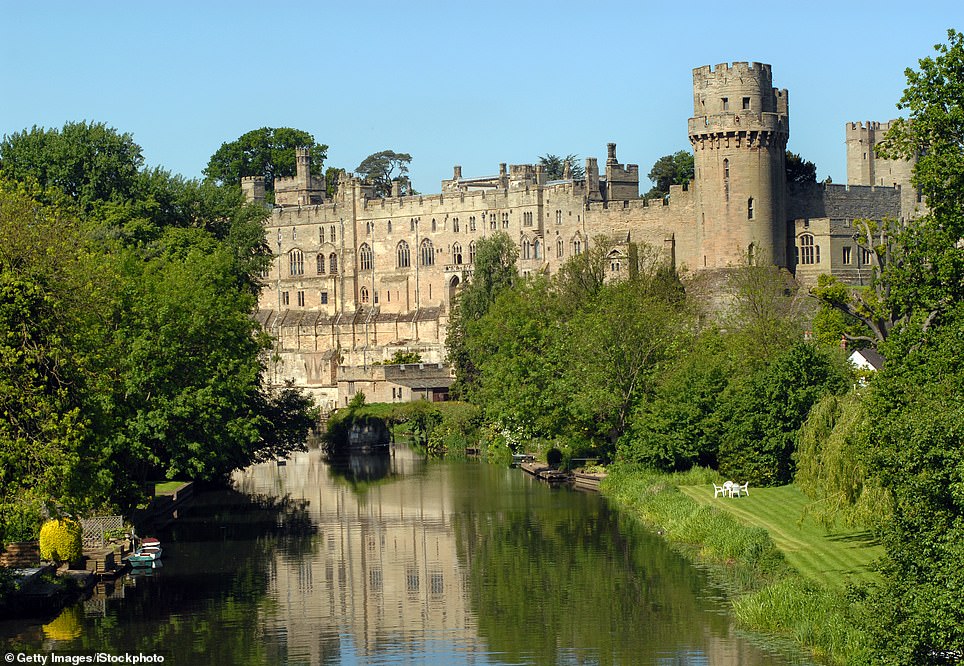 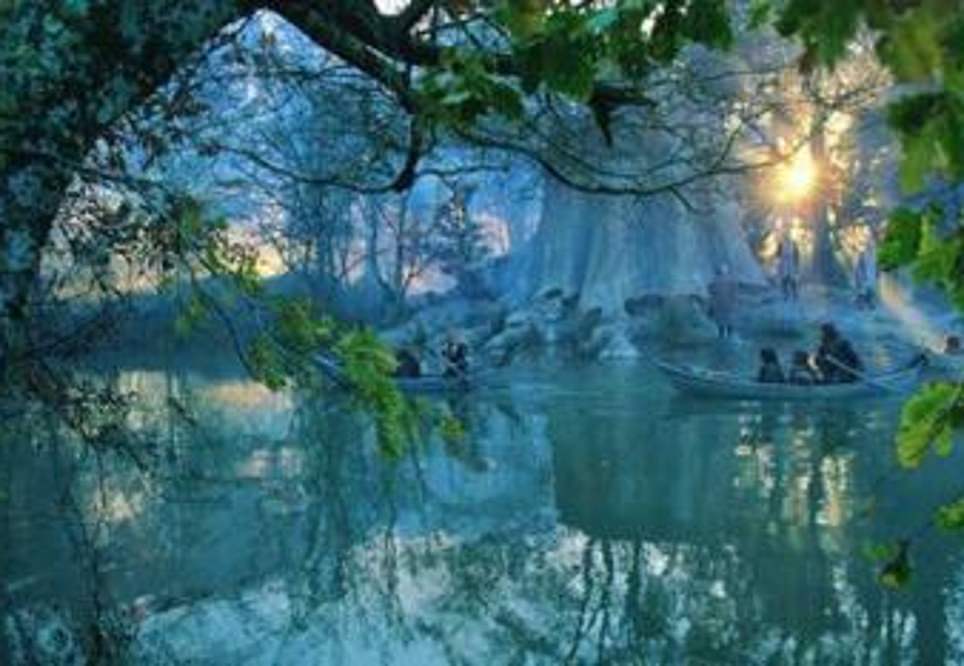 The peaceful woodlands surrounding Warwick castle are thought to have given Tolkien inspiration for the Elven woods. He visited them regularly with his wife-to-be Edith Pratt

‘I have concentrated on the places that inspired Tolkein and though that may seem a trivial subject, I hope I have brought some rigour to it,’ Garth told The Observer.

‘I have a fascination for the workings of the creative process and in finding those moments of creative epiphany for a genius like Tolkein.’

His study into the author’s books, The Worlds of J.R.R. Tolkien: The Places that Inspired Middle-earth, will be published next month by Frances Lincoln in nine languages.

The Faringdon Folly, which was built on a hill used as a defensive location in both civil wars and the Second World War, faced major local opposition.

When its backer Lord Berners was asked by a planning subcommittee why he wanted the tower, he is meant to have replied: ‘The great point of the tower is that it will be entirely useless.’

Despite the local muck-slinging planning permission was eventually given, but with a proviso that it could not tower more than three feet above the surrounding trees.

Garth argues that the row outside Oxford would have been familiar to Tolkien, and quickly found its way into the Middle-earth fiction culminating in two rival towers.

‘Faringdon Folly isn’t a complete physical model for Orthanc,’ he said. ‘It’s the controversy surrounding its building that filtered into Tolkein’s writings and can be traced all the way to echoes in the scene where Gandalf is held captive in Saruman’s tower.’ 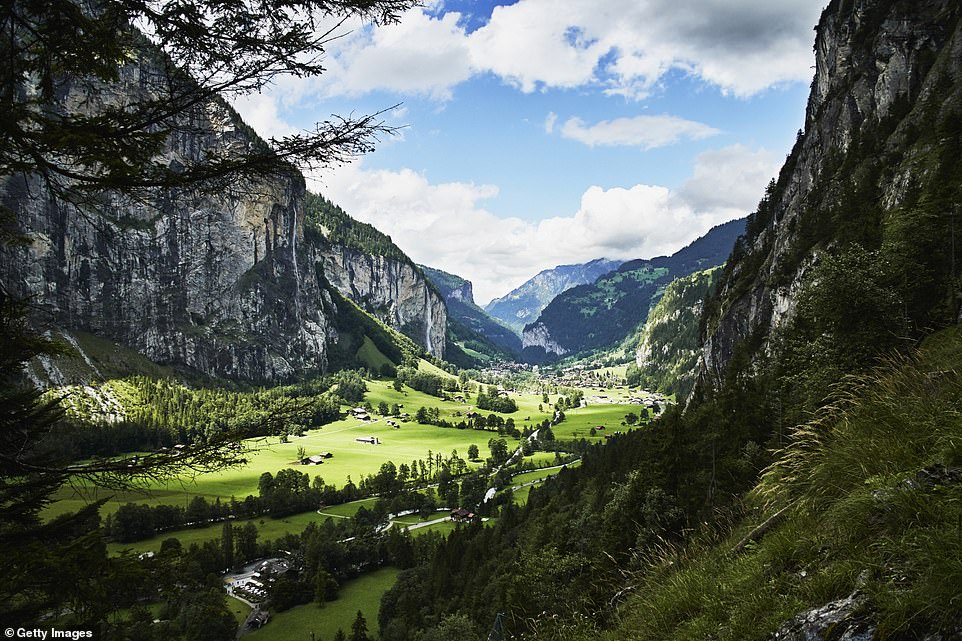 He also linked Rivendell to Latuterbruunen valley in Switzerland, which has a village surrounded by snow-capped mountains 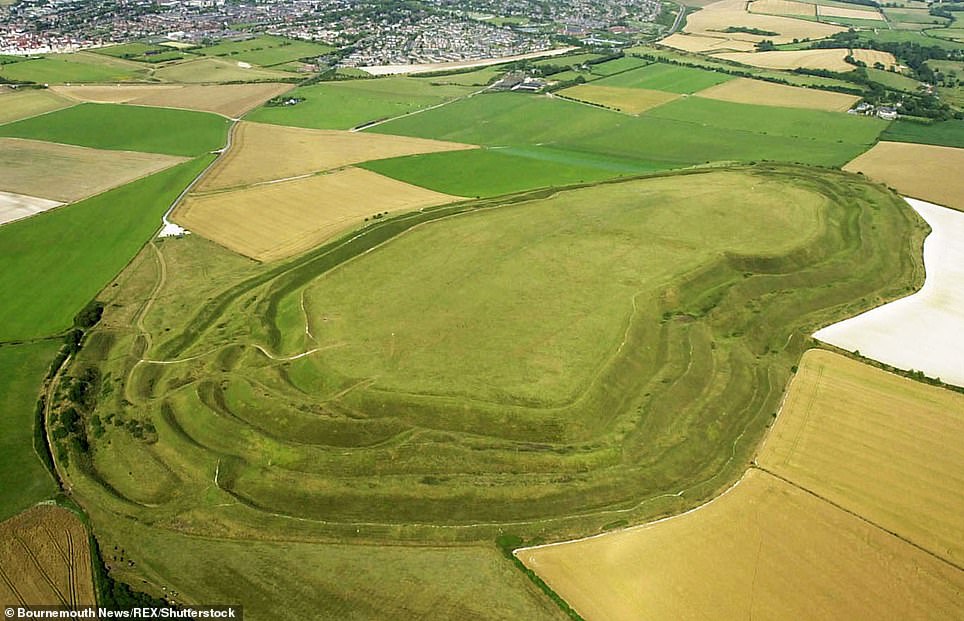 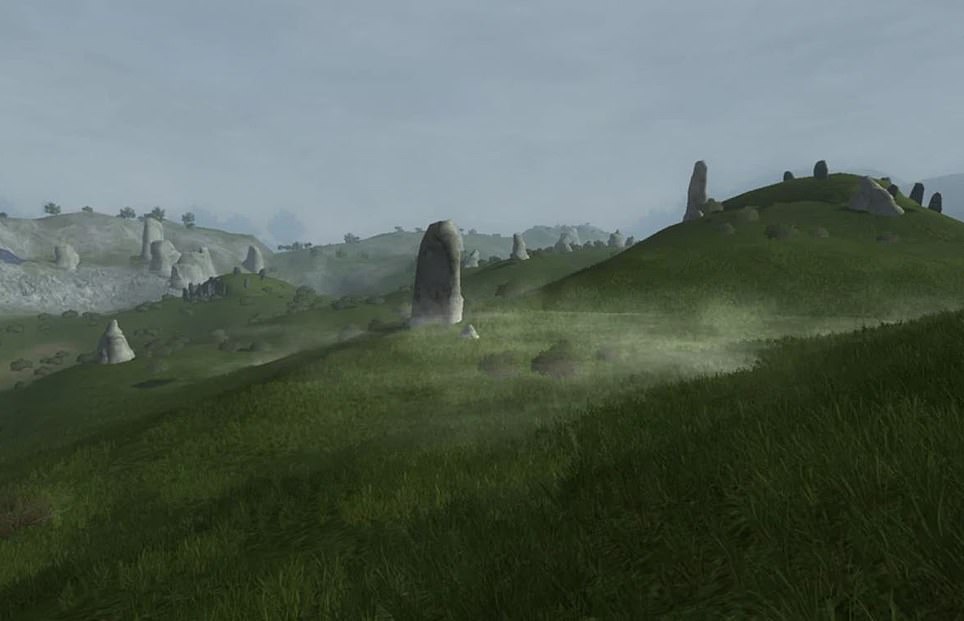 Perhaps his most important discovery is the Maiden castle earthworks in Dorset, which he links to the Barrow-downs 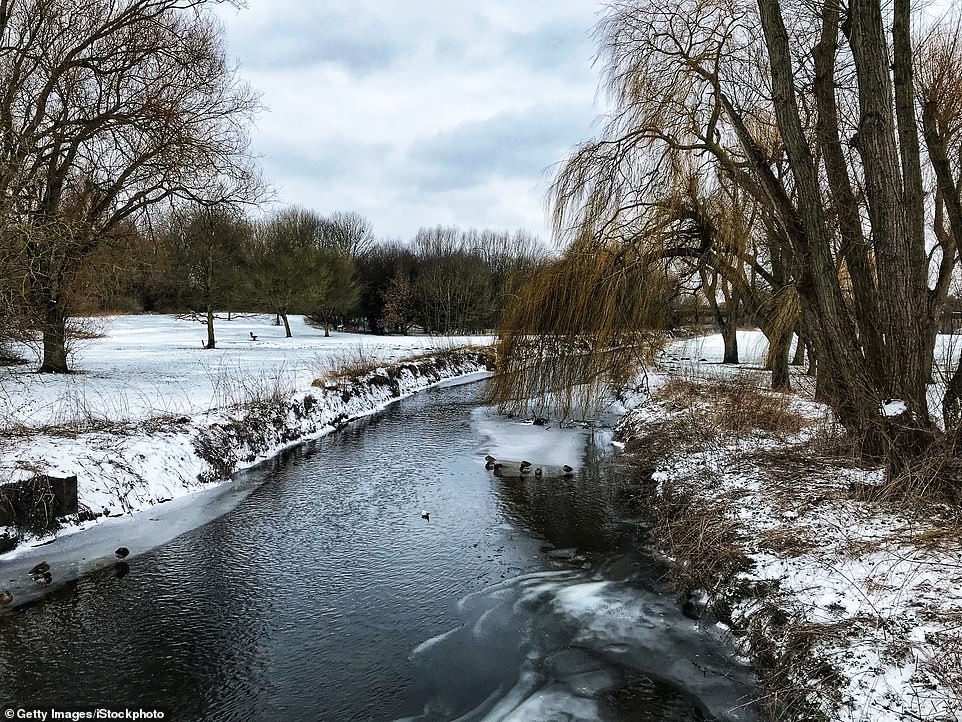 Pictured is the river Cole during winter, partially covered over by ice and with snow-speckled banks

The Elven forests also draw a link to the woods around Warwick and Warwick Castle, he argues, which were familiar to Tolkien, along with a picturesque location in the Alps.

Tolkien married his partner Edith at St Mary’s Immaculate Roman Catholic Church in the city. And his principal biographer Humphrey Carpenter also remarked that the author ‘found Warwick, its trees, its hills and its castle, to be a place of remarkable beauty’.

Previous studies have suggested the Rivendell and the Elven forests are linked to Latuterbruunen, a valley in Switzerland where a quaint village sits amid snow-capped mountains.

Tolkien acknowledged the link in 1950, writing to his son: ‘From Rivendell to the other side of the Misty Mountains the journey… including the glissdale down the slithering stones into the pine woods… is based on my adventures in Switzerland in 1911.’

Perhaps Garth’s most major discovery are the large earthworks at Maiden Castle in Dorset, which he now believes are best known as the atmospheric Barrow-Downs.

A former place of a battle, it’s a location used by Tolkien where swords and spears clash once again.

A year before Tolkien wrote this passage, Garth argued, major excavations at the castle had been written about in a newspaper column by his friend REM Wheeler, meaning it is likely he was also aware of the work. 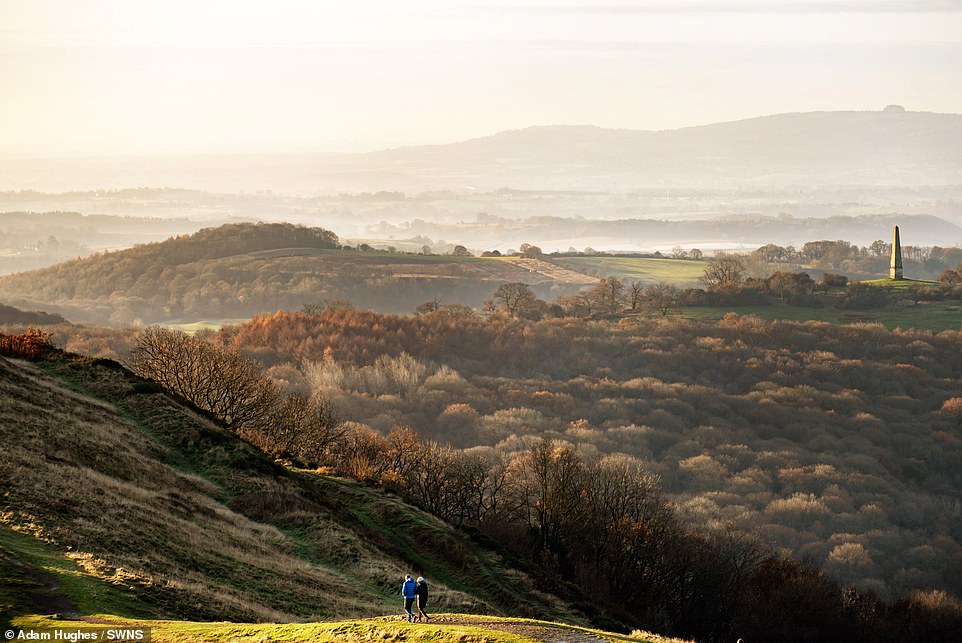 The Malvern hills are meant to be the inspiration for the border between Rohan and Gondor, according to previous research 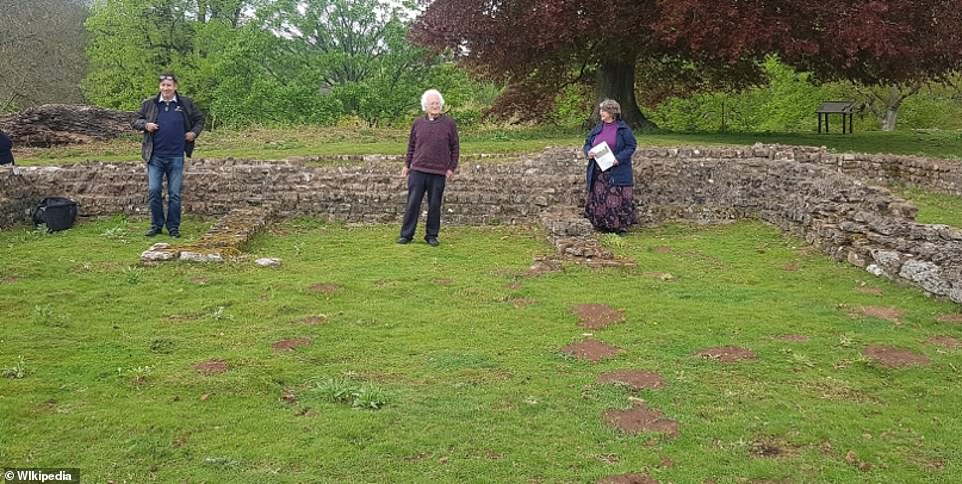 Roman ruins at Lydney Park, Gloucestershire, helped provide the inspiration for Hobbiton. Tolkien was invited to excavate near them, and they are near a hill with two-foot high by four-foot wide holes carved into it. Folklore says they were once inhabited by a race of small people

Previous research has suggested a number of other sites in Britain are also linked to the imagined Middle Earth.

Matthew Lyons linked the border between Rohan and Gondor, known as the white mountains, with the mist-soaked uplands of the Malvern hills near the England-Wales border.

He visited them often during the 1930s, he told Countryfile, arriving on the early train from Oxford and spending the day there.

Hobbit Holes are also supposedly based on two-foot high by four-foot wide holes cut into the side of Camp Hill near Lydney Park, Gloucestershire, where he undertook an archaeological dig at nearby Roman ruins. Local folklore claims the holes were once inhabited by a race of small people.

WAS THIS CURSED ROMAN RING TOLKIEN’S INSPIRATION FOR THE HOBBIT?

A ‘cursed’ Roman ring that was dug up by a farmer is believed to have been the inspiration behind JRR Tolkien’s The Hobbit.

The piece of gold jewellery, known as the Ring of Silvianus, was discovered close to the Roman town of Silchester, Hampshire, in 1785.

The celebrated author was called in to investigate the incredible story of the ring’s past just two years before his famous novel was published. 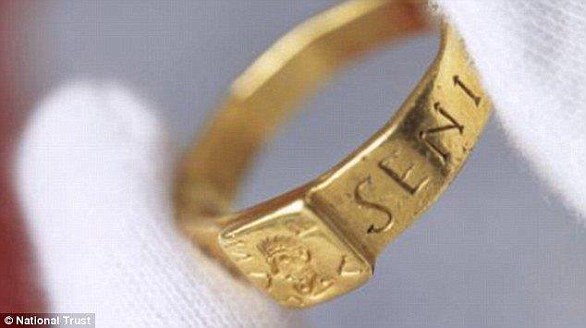 A ‘cursed’ Roman ring that was dug up by a farmer is believed to have been the inspiration behind JRR Tolkien’s The Hobbit. The piece of gold jewellery was discovered close to the Roman town of Silchester, Hampshire, in 1785

It is thought it was unearthed by a farmer ploughing his field close to the Roman town in the 18th century.

Historians believe the large 12g gold ring once belonged to a Roman called Silvianus but he put a curse on it after it was stolen.

It is so large that it will only fit on the finger of a gloved hand. It has a Latin inscription which says ‘Senicianus live well in God’.

JRR Tolkien, who was an Oxford University professor with expertise in Anglo-Saxon history, is thought to have drawn inspiration from the tale when he started work on The Hobbit. 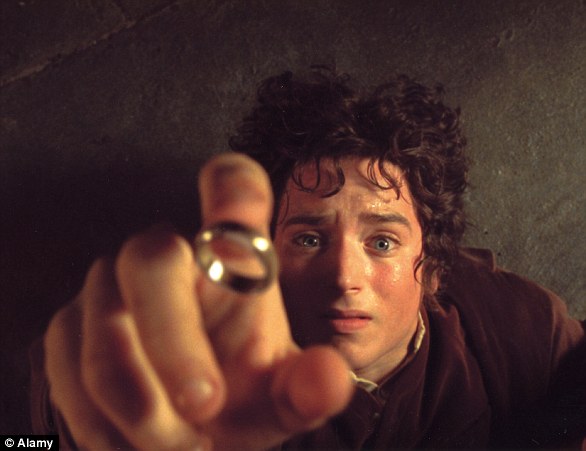 JRR Tolkien is thought to have drawn inspiration from the tale of the cursed ring in his novel the Hobbit and the Lord of the Rings trilogy which followed. This image shows a still from the 2002 film adaptation of the The Fellowship Of The Ring

The book, which has a ring at the centre of the plot, was published in 1937 and was well-received by critics.

The novel, which was turned into a film in 2012, was the precursor for the Lord of the Ring trilogy.

After the ring was discovered in a field it is thought to have been sold to the Chute family who owned The Vyne, a 16th-century country house outside Sherborne St John near Basingstoke in Hampshire.

It then passed into the hands of The National Trust when it was bequeathed the property by its final owner.

It was several decades after the farmer found it before the curse was discovered on a tablet in Lydney, Gloucestershire, more than 100 miles away. 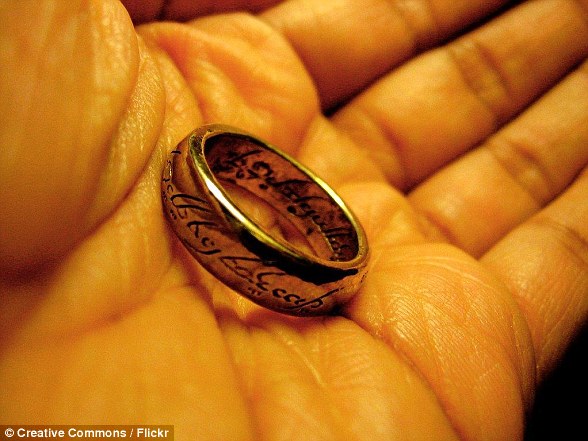 The Ring of Silvianus was stolen and cursed. The One Ring from the Lord of The Rings, shown here in a mock up, exerts a powerful draw and curses any wearer who kills to obtain it to become a grotesque creature

The victim, Silvianus, knew the thief responsible and called on the god Nodens to strike him down.

The great archaeologist Sir Mortimer Wheeler, the director of later excavations at Lydney, realised the connection between the ring and the curse tablet, and in 1929 asked JRR Tolkien to work on the etymology of the name Nodens.

The tablet said: ‘To the god Nodens: Silvianus has lost his ring and promises half its value to Nodens.

‘Among those named Senecianus, let none enjoy health until he brings it back to the temple of Nodens.’

Senicianus apparently only got as far as the field in Silchester when he abandoned the ring.