Some 130 refugees from Eritrea and Afghanistan clashed in northern French city close to transport routes to England. 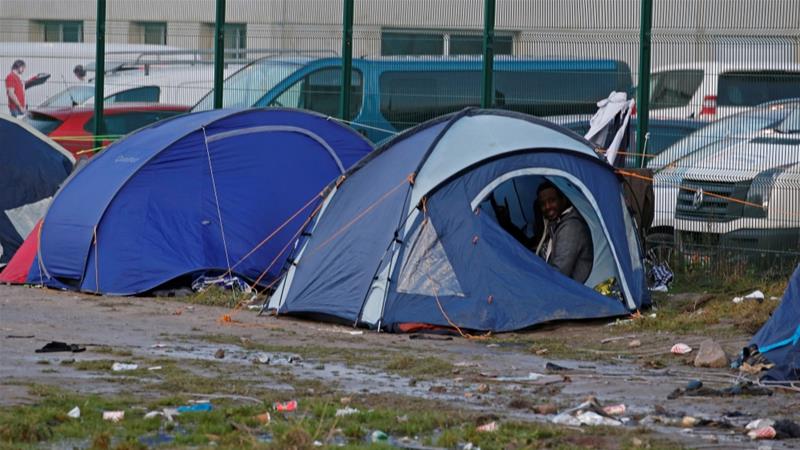 At least four Eritrean refugees are in critical condition after being shot during a mass brawl between some 130 Afghans and Eritreans in the northern French city of Calais, local media outlets reported.

The fighting started while volunteers were handing out food to refugees but later spread to other locations in the city, according to Le Monde newspaper.

Officials said a further 22 people suffered wounds, including two police officers trying to break up the fighting, which involved more than 100 Eritreans and around 20 Afghans.

Speaking to police officers on Thursday evening, French Interior Minister Gerrard Collomb described the violence as “exceptionally serious” and promised that those responsible would be punished.

Collomb also ordered the deployment of more police officers to the area to avoid a repeat of the events.

Calais was home to the unofficial “jungle” refugee camp, which housed thousands of refugees in tents, until French authorities demolished it in October 2016.

The city and neighbouring areas drew refugees and migrants from around the world due to its proximity to England, which lies at the other end of a 25-mile stretch of sea.

Many of those who had lived in the jungle moved to other areas of France, but others remained in the hope of making their way on to trucks and boats heading towards the UK.

According to local authorities, up to 800 refugees and migrants remain in Calais.

Mass brawls between refugees have also broken out occasionally.