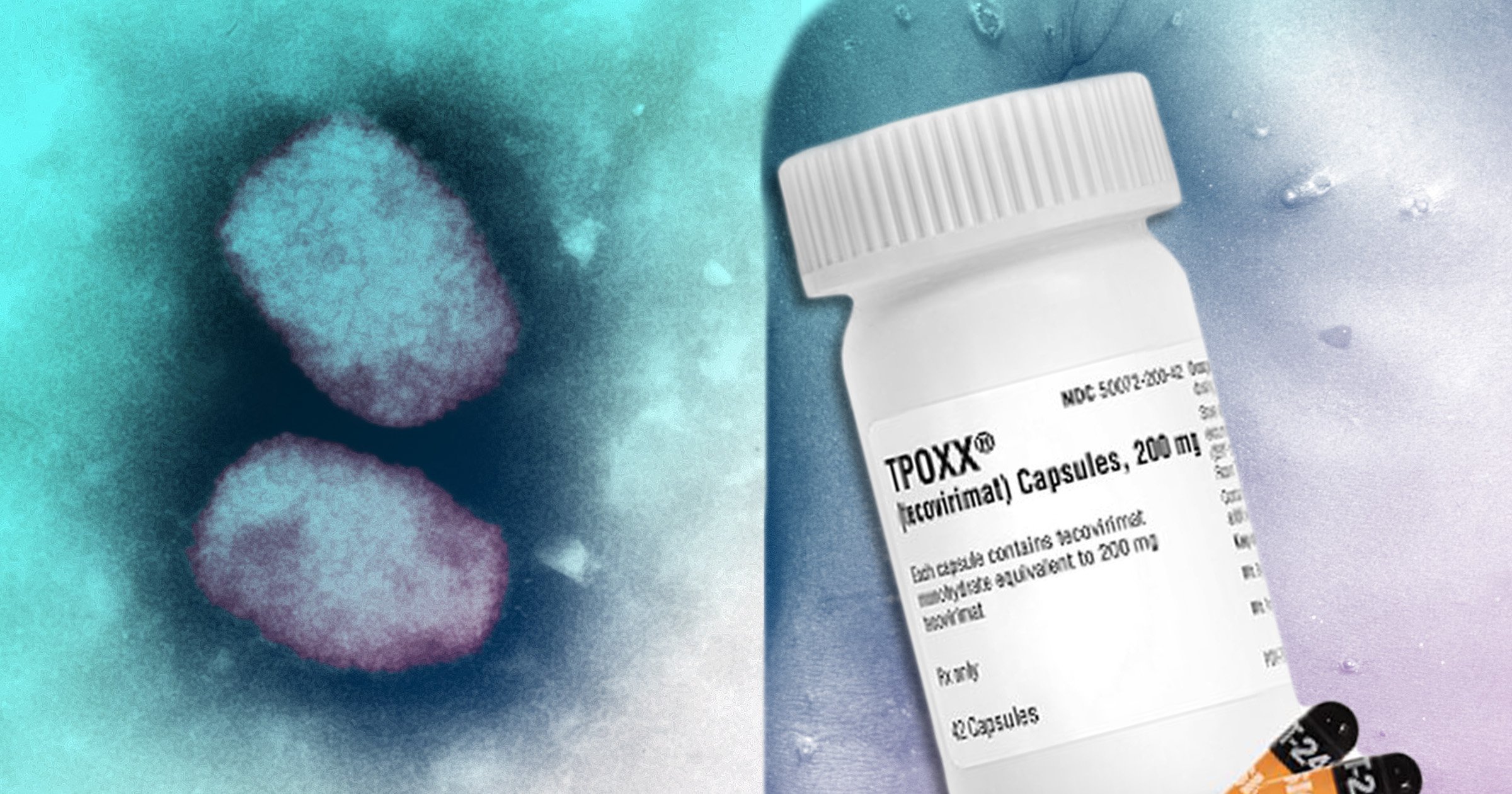 The European Centre for Disease Prevention and Control has told states to prepare strategies to counter the spread of monkeypox, including vaccination.

In report published today, they said: ‘Countries should update their contact tracing mechanisms, their diagnostic capacity for orthopoxviruses and review the availability of smallpox vaccines, antivirals and personal protective equipment (PPE) for health professionals.’

It advises that government should review the types, doses and authorisation status of vaccines in case they need to be deployed.

The report does not recommend mass vaccination programmes of people not at particular risk, but says that those exposed could be given the jab.

It says that healthcare workers who may be exposed to the virus could also be vaccinated as a precaution.

The EU body’s report says that people infected ‘should remain isolated until their rash heals completely, avoiding contact with immunosuppressed persons and pets’.

They said that most people should be able to stay isolating at home ‘with supportive care’.

Cases of monkeypox have been found in nine EU Member States: Austria, Belgium, France, Germany, Italy, Portugal, Spain, Sweden, and the Netherlands. The disease has also been found in the UK, as well as in Canada, the US (Boston and New York), Australia, Israel and Switzerland.

Since the first case was reported on May 7, from a person who travelled from Nigeria, there have since been cases more in the UK, mostly without a connection to this patient or to travel abroad.

Between May 18 and 22, nine EU states reported additional suspected or confirmed cases.

A rash can develop, often beginning on the face, then spreading to other parts of the body including the genitals.

The rash changes and goes through different stages – it can look like chickenpox or syphilis, before finally forming a scab which later falls off.

Most people recover in a few weeks even without treatment, but it can cause serious illness in some people.

Young children, pregnant women and people with weakened immune systems are thought to be particularly affected.

Those who have multiple sexual partners have been warned to be vigilant for monkeypox as it can spread from skin to skin or from touching bedsheets or towels used by someone infected.

The Prime Minister’s official spokesman said: ‘The facts we know is that monkeypox is not usually spread easily between people, and the risk to others remains low.

‘A notable portion of early cases detected have been in gay and bisexual men, so the UKHSA is urging this community in particular to be alert.

‘It’s true to say that most people recover within a few weeks.’