Everything you need to know about ATAR

The ATAR is a rank, not a score. It’s designed specifically to assist some tertiary institutions in selecting applicants for some courses.

The ATAR is only one tool used for selection into tertiary courses and is not used by all courses. 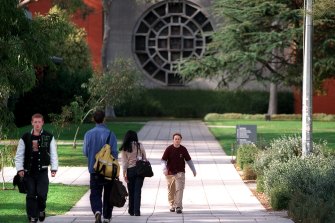 Universities use the ATAR to select students for some courses.Credit:Eddie Jim

What is the ATAR?

The Australian Tertiary Admission Rank (ATAR) is an overall percentile rank reflecting a student’s year 12 achievement compared to the other students in their given year.

The ATAR allows tertiary institutions to competitively rank students who have completed different combinations of VCE studies. It is calculated by VTAC solely for use by institutions for admission into some tertiary courses.

What the ATAR isn’t

The ATAR is not a reflection of you as a person, and there’s no pass or fail ATAR. Everyone who receives an ATAR has passed the VCE. The ATAR is simply a rank that is used by institutions for some of their courses. In most cases, the ATAR is only one of many criteria and factors considered as part of the selection process.

How to qualify for an ATAR

To qualify for an ATAR through VTAC, a student must:

Is my ATAR relevant interstate?

Yes. Each state recognises the ATAR of other states as equivalent. This is achieved by the states using a similar methodology and a statistical cross-checking process.

What is a notional ATAR?

Notional ATARs are used to rank applicants who:

A notional ATAR is treated the same as a normal ATAR, the “notional” label simply indicates that the ATAR was obtained in a slightly different way. For course selection and all other purposes they are treated as equivalent.

What if I do VCAL?

VCAL students do not receive an ATAR and can therefore only immediately apply for courses that don’t use the ATAR to select students for entry (see the “Pathways” information on the VTAC website for information on other opportunities). 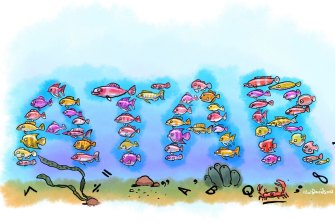 For many students, the receiving the ATAR represents the culmination of their school life.Credit:Matt Davidson

Before producing your ATAR, VTAC must first calculate your aggregate. Your aggregate is produced as a sum of your primary four studies and a maximum of two available (and permissible) increments.

Subject to the rules and restrictions that follow, up to six studies can be used in calculating your aggregate. They may include:

However, only some of these types of study can be included in your primary four, others can only be used as increments.

If you have more than six results, only the six permissible results that give the highest ATAR are used.

Any studies not used for the ATAR still remain visible to selection officers on your application and can be used to meet course prerequisites.

These are the four studies that are counted first in the calculation of your aggregate. Your primary four is the sum of: Your VTAC scaled study score in one of English, English (EAL), Literature or English Language; and, the next highest three permissible scaled study scores. 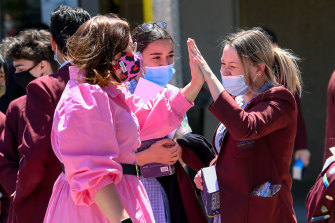 If you’ve completed more than four studies, a maximum of two increments can be added to your primary four during the calculation of your aggregate.

For the calculation of an aggregate, rules and restrictions apply to the inclusion of:

There are restrictions to how many studies from the same study area grouping can contribute to your aggregate. This is to ensure diversity in your VCE program. Study area groupings include VCE, VCE VET and higher education studies and are listed below.

Some study area groupings are listed below. VCE, VCE VET and higher education studies may be a part of each grouping. To check which studies are included in each grouping visit vtac.edu.au/studyareagroupings

Studies with significant overlap between them are considered equivalent. Consult with your school when choosing your VCE program to ensure you are not studying equivalent units. For further information, refer to the VCAA’s VCE and VCAL Administrative Handbook.

However, if circumstances result in you studying equivalent units, only one of these units can be included in the calculation of your aggregate. This will be the unit with the highest permissible contribution to your aggregate. Example equivalent combinations follow.

When calculating your aggregate, VCE VET unit 3 and 4 sequences with a scored assessment are treated in the same way as other unit 3 and 4 VCE studies.

However, if you choose not to take the scored assessment for a study when it is available, the study cannot be used in the calculation of your aggregate.

Unscored VCE VET studies are VCE VET unit 3 and 4 sequences with no scored assessment available (it cannot be awarded if assessment was available but you chose not to take it).

Since there are no scores available for unscored sequences, VTAC may include the sequence as an increment (the fifth and/or sixth study). The amount of an increment is determined by calculating 10 per cent of the fourth study score of your primary four.

Up to two unscored VCE VET increments may contribute to your aggregate.

VE3 studies are VET courses that are not part of the VCE VET program but have been approved for block credit at unit 3 and 4 level by the VCAA.

VE3 studies may count towards your ATAR as an increment (the fifth and/or sixth study). The amount of the increment is determined by calculating 10 per cent of the fourth study score of your primary four.

Higher education studies are explicitly designed for credit towards the VCE and are not available for International Baccalaureate (IB) students.

If the average mark for the higher education study is:

If the average mark for the higher education study is less than 50, then no increment is available.

Which studies can be used in the primary four?

The primary four consists of:

Permissible scaled study scores for the primary four may be from VCE unit 3 and 4 studies or VCE VET unit 3 and 4 sequences with a scored assessment.

At most, two results from the same study area grouping can be included in the calculation of the primary four.

Which studies may be used as increments?

Up to two increments are added to the primary four during the calculation of your aggregate.

Studies that may count as increments

At most, three results from the same study area grouping can contribute to the calculation of your aggregate (the combination of your primary four and increments).

From aggregate to ATAR

Your aggregate is the total of your permissible scaled study scores, which can range from 0 to over 210 (in exceptional cases). Your aggregate will be reported on your ATAR statement. Aggregates are then placed in order on a percentile scale.

Interstate use of the ATAR

If a student has applied to institutions in other Australian states they will be considered on the basis of their ATAR. Each state recognises the ATAR of other states as equivalent. This is achieved by the states by using a similar methodology and a statistical cross-checking process.

Students who have previously obtained an ATAR but have undertaken further study resulting in an additional study score or increment are eligible to have their ATAR recalculated.

The higher of the two will be recorded and reported as their ATAR. Ranking for courses will be based on the highest ATAR achieved.

VTAC does, however, inform course selection authorities of all of an applicant’s VCE results, including those not contributing to their ATAR.

Check in with The Age’s VCE results day live blog from 6am on Thursday, December 16.