AN EIGHT-month-old baby was among seven people who were killed after devastating flooding overwhelmed a Greek island this weekend, officials said.

Reports in Greece say the boy died while on holiday with his parents after torrential rainfall and thunderstorms. 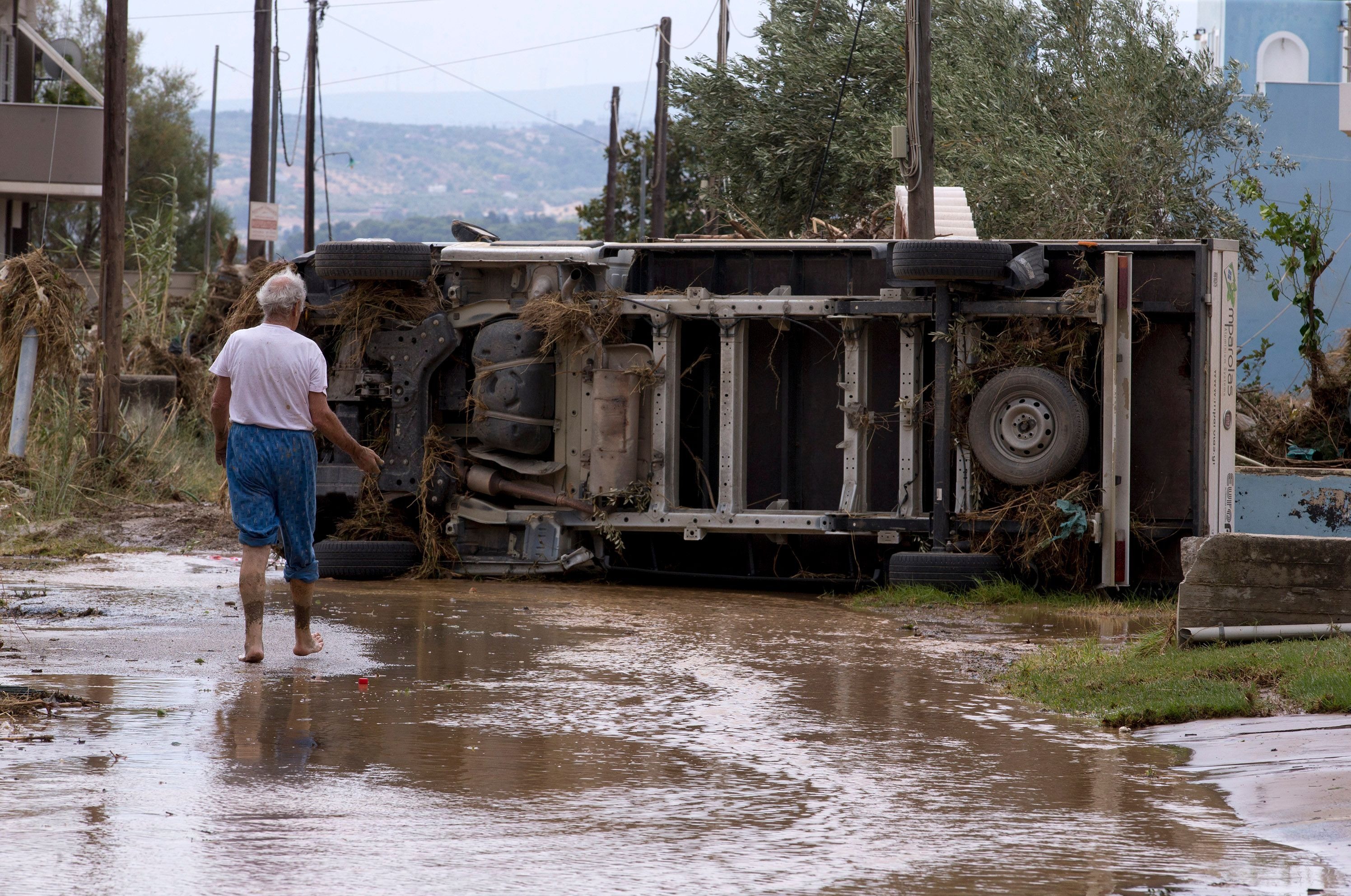 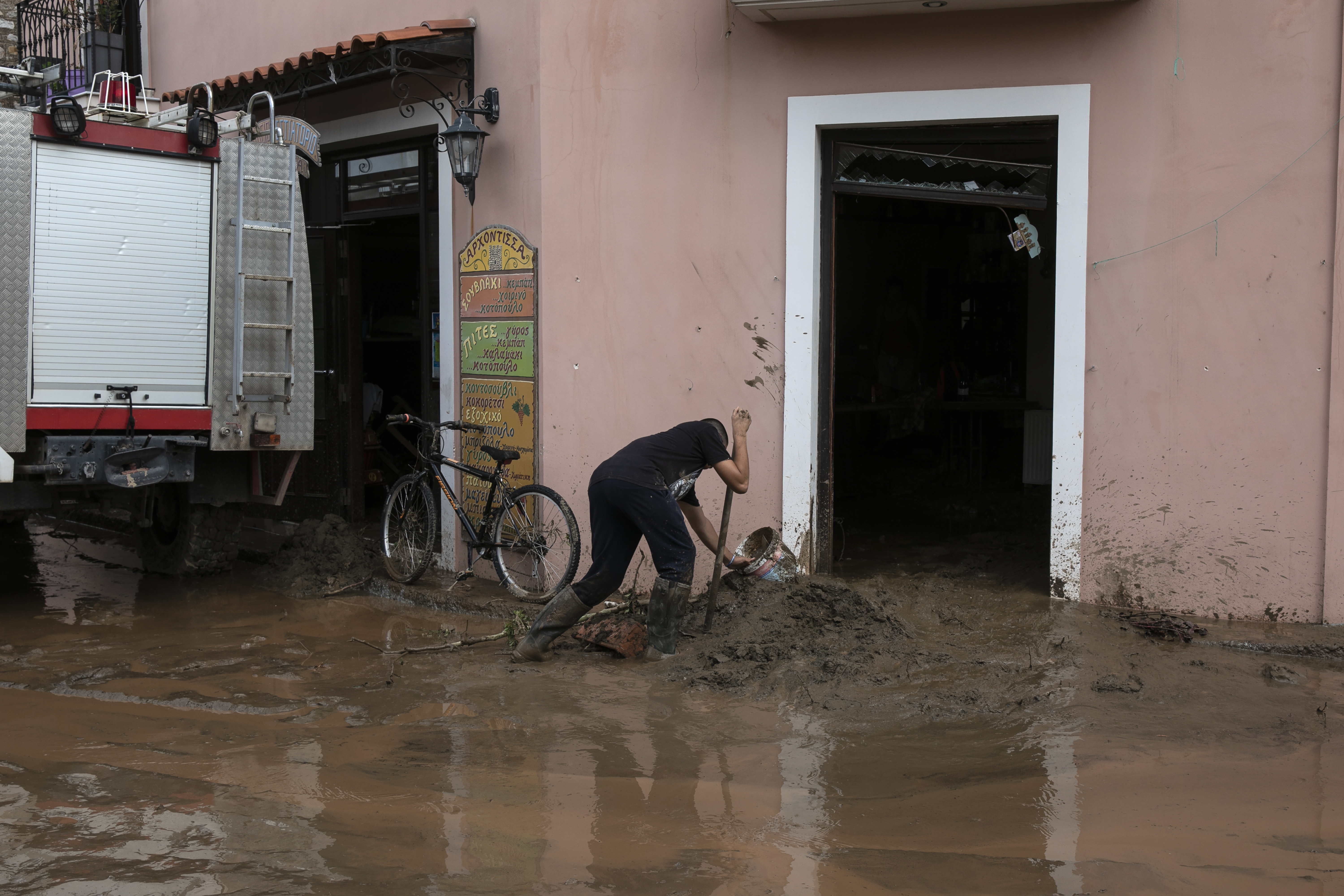 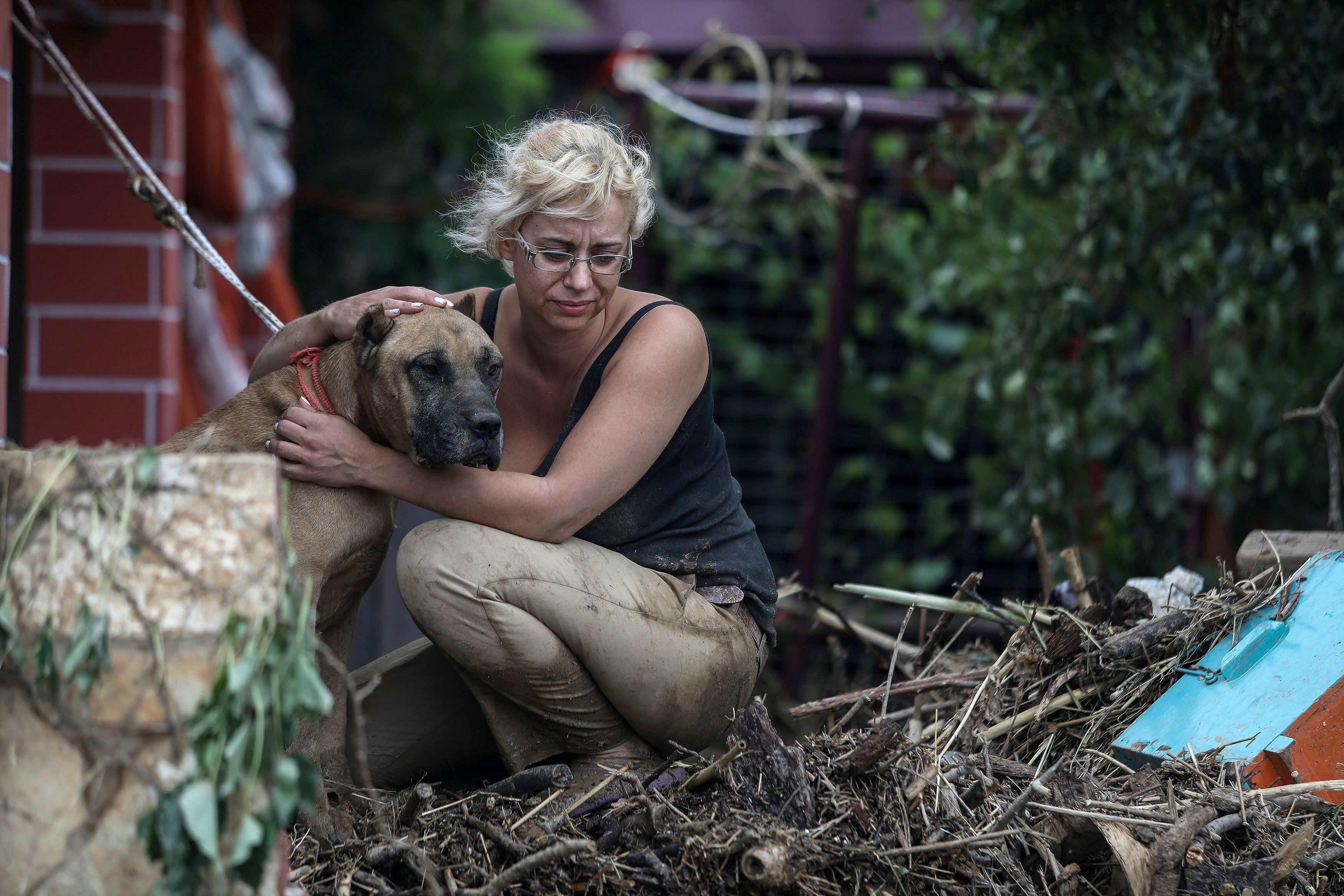 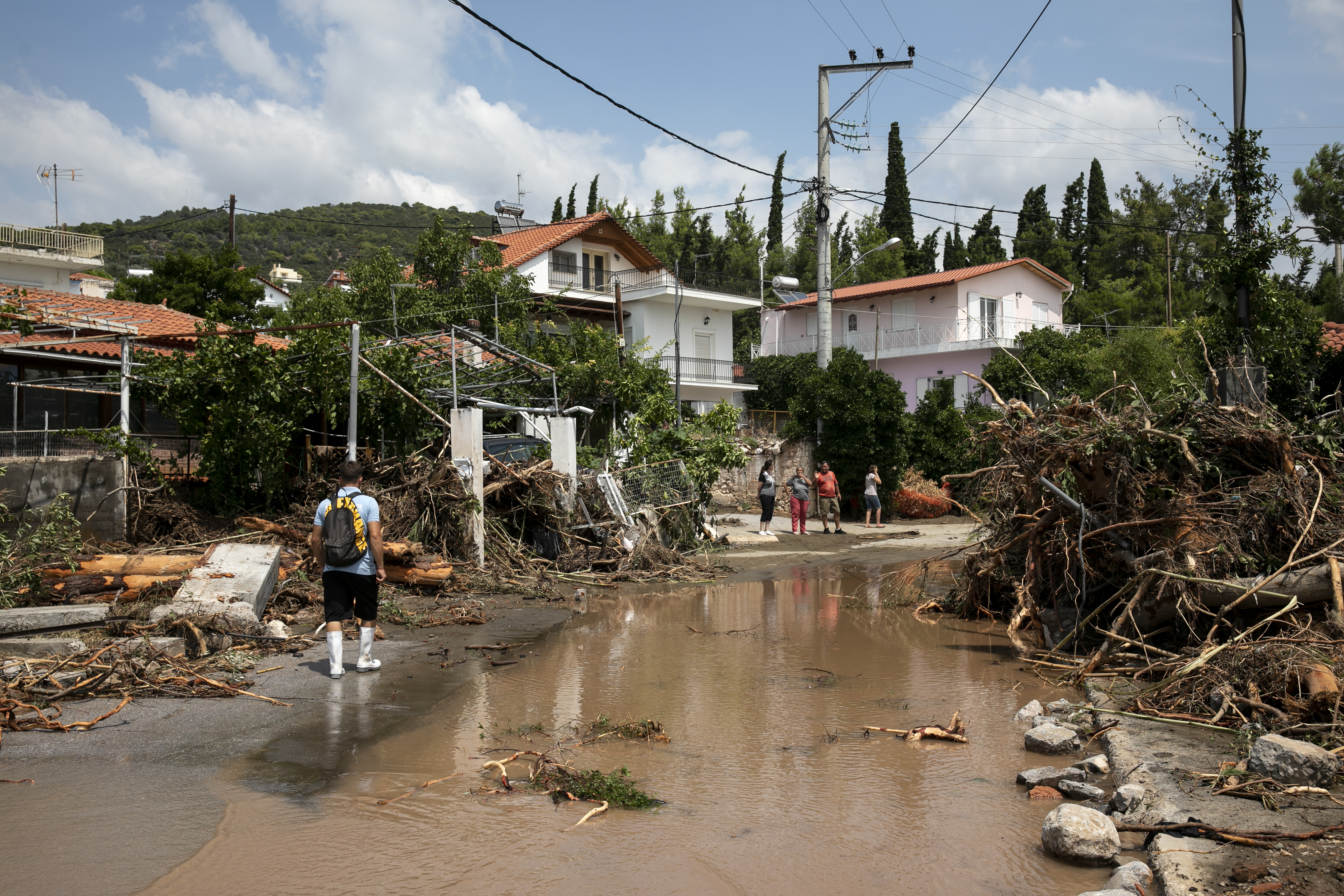 The tragedy was also believed to have taken the life of an 86-year-old man and his 85-year-old wife on the island of Evia.

Three of the victims, including the baby, were found in the village of Politika.

Fire brigade officials said another four people died in the village of Amfithea and the area of Bourtzi in central Evia, northeast of Athens.

Rescuers are still searching for one missing person.

A resident of Bourtzi has told of the devastation left in the wake of the floods.

They told Reuters: "We have been in the mud since six in the morning.

"There was nothing I could do, I climbed up onto the table to save myself. I was alone.

The fire department has reportedly received hundreds of requests from homeowners to have water pumped from their homes.

Many have also asked to help free their cars which have become submerged in mud. 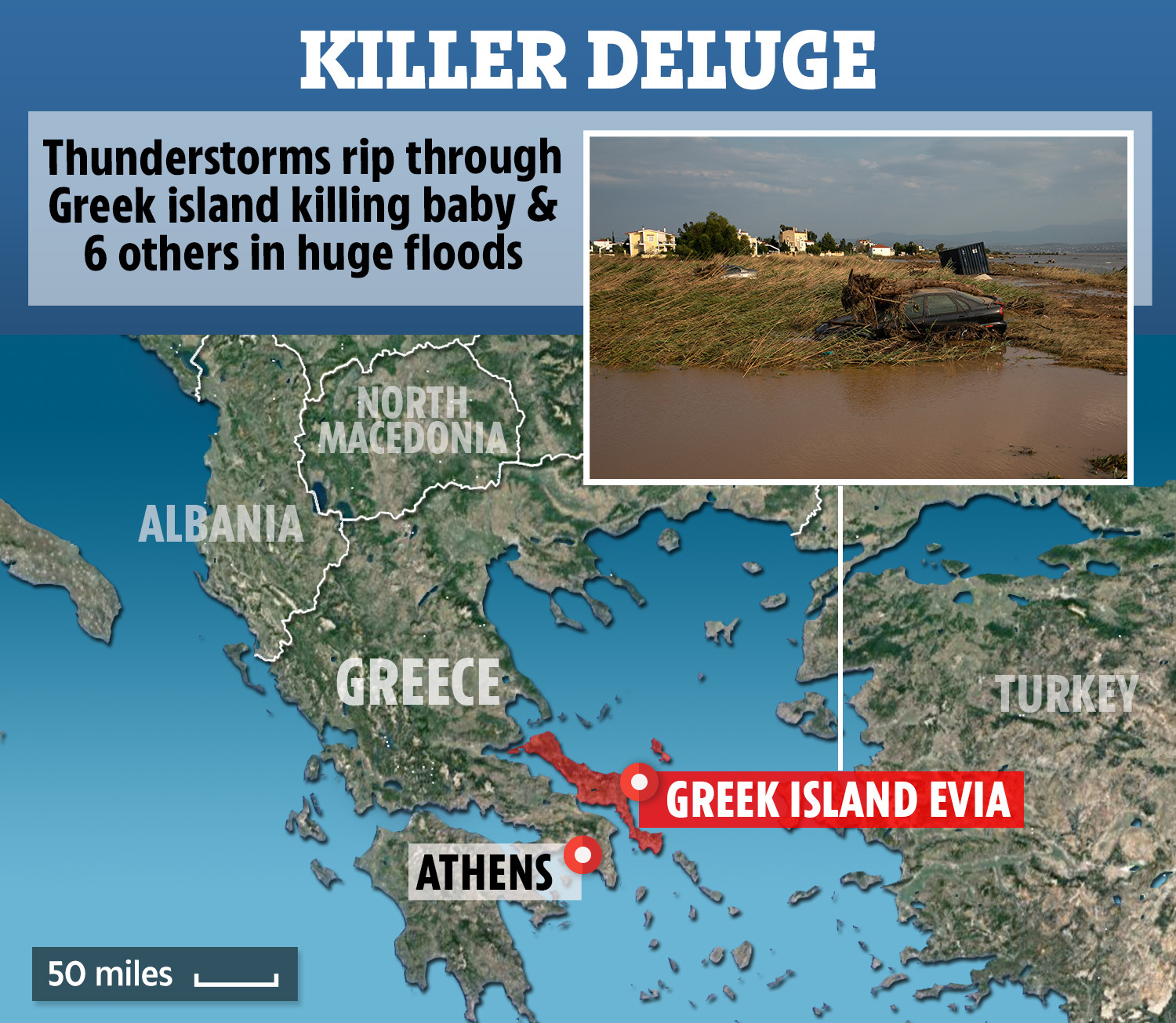 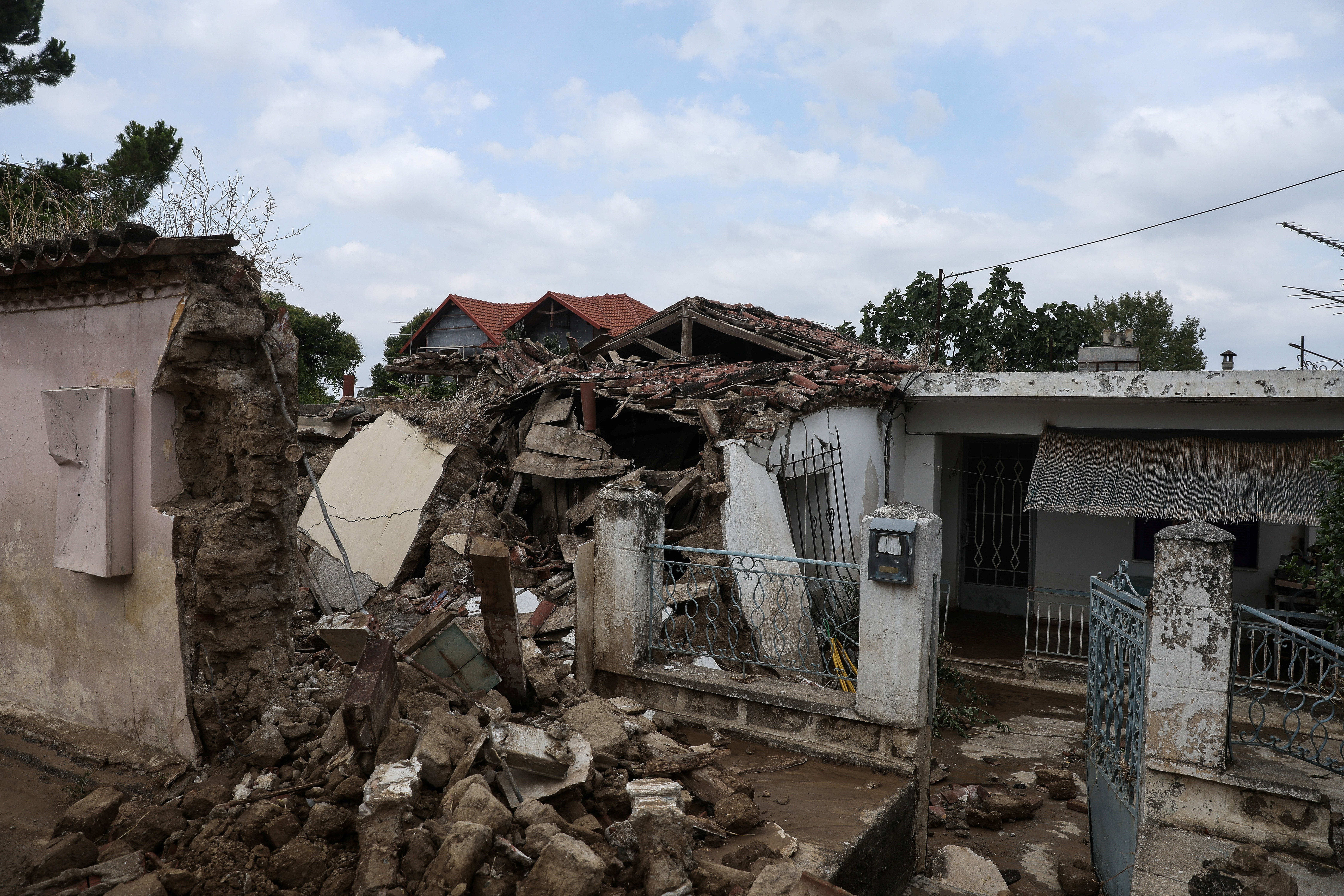 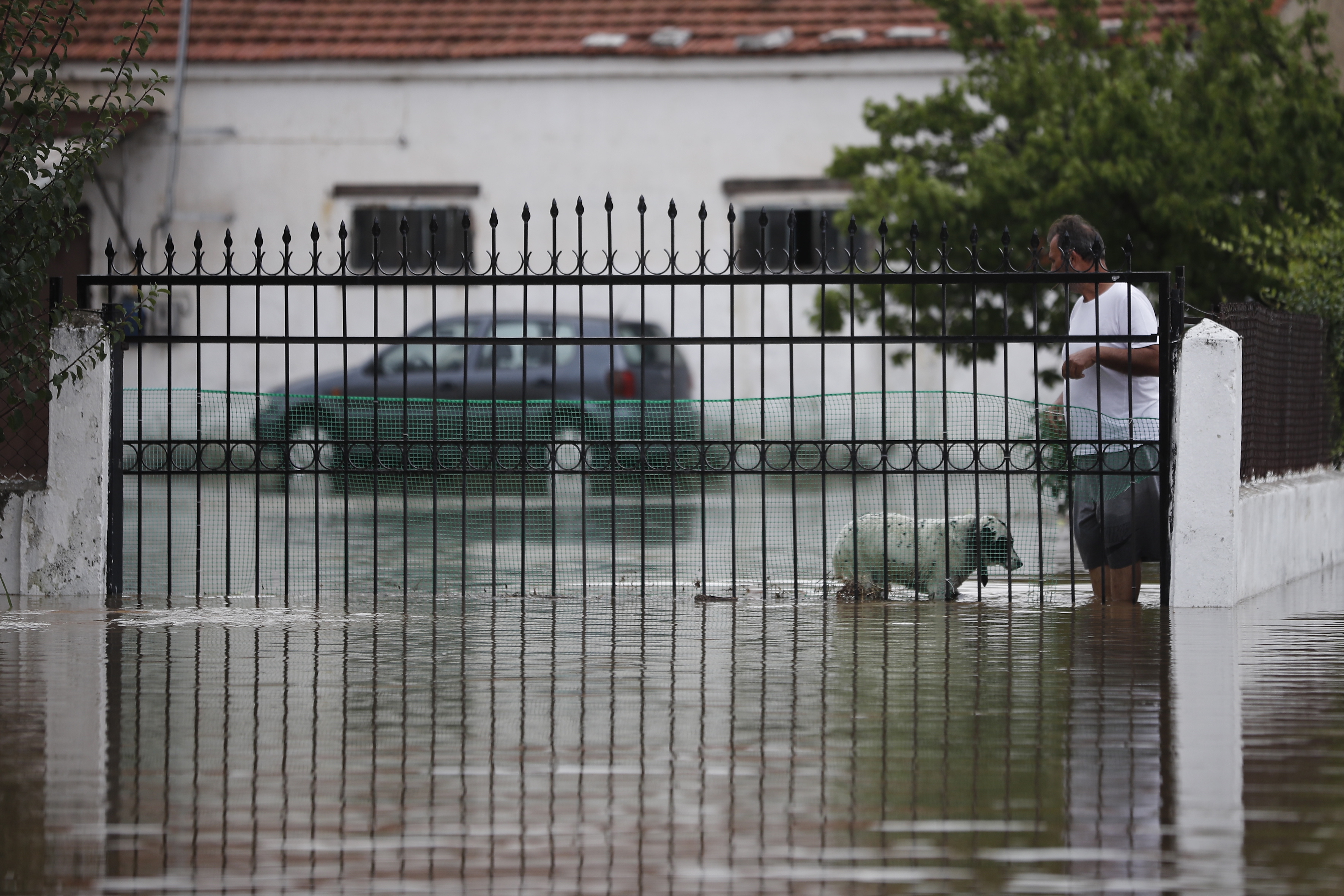 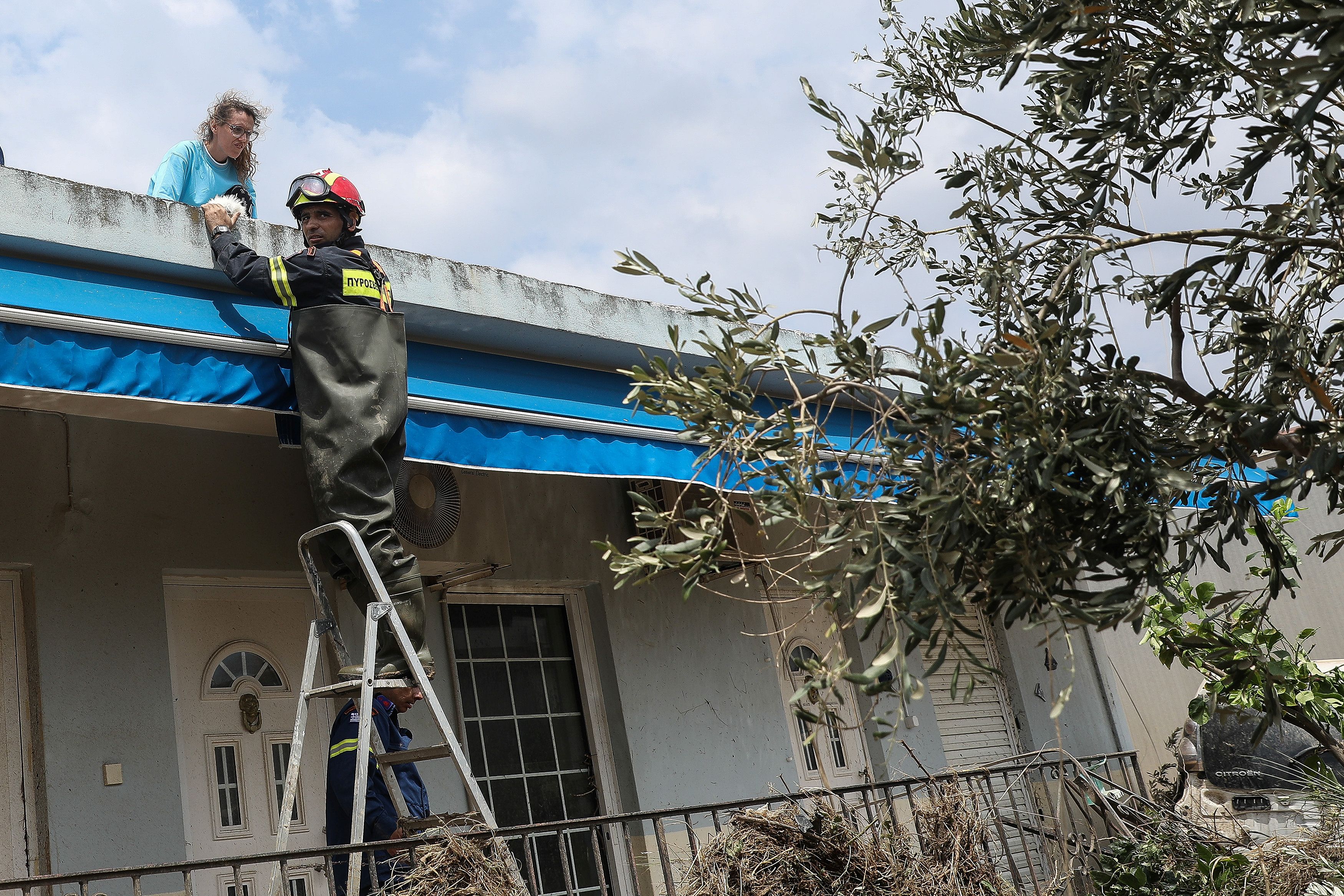 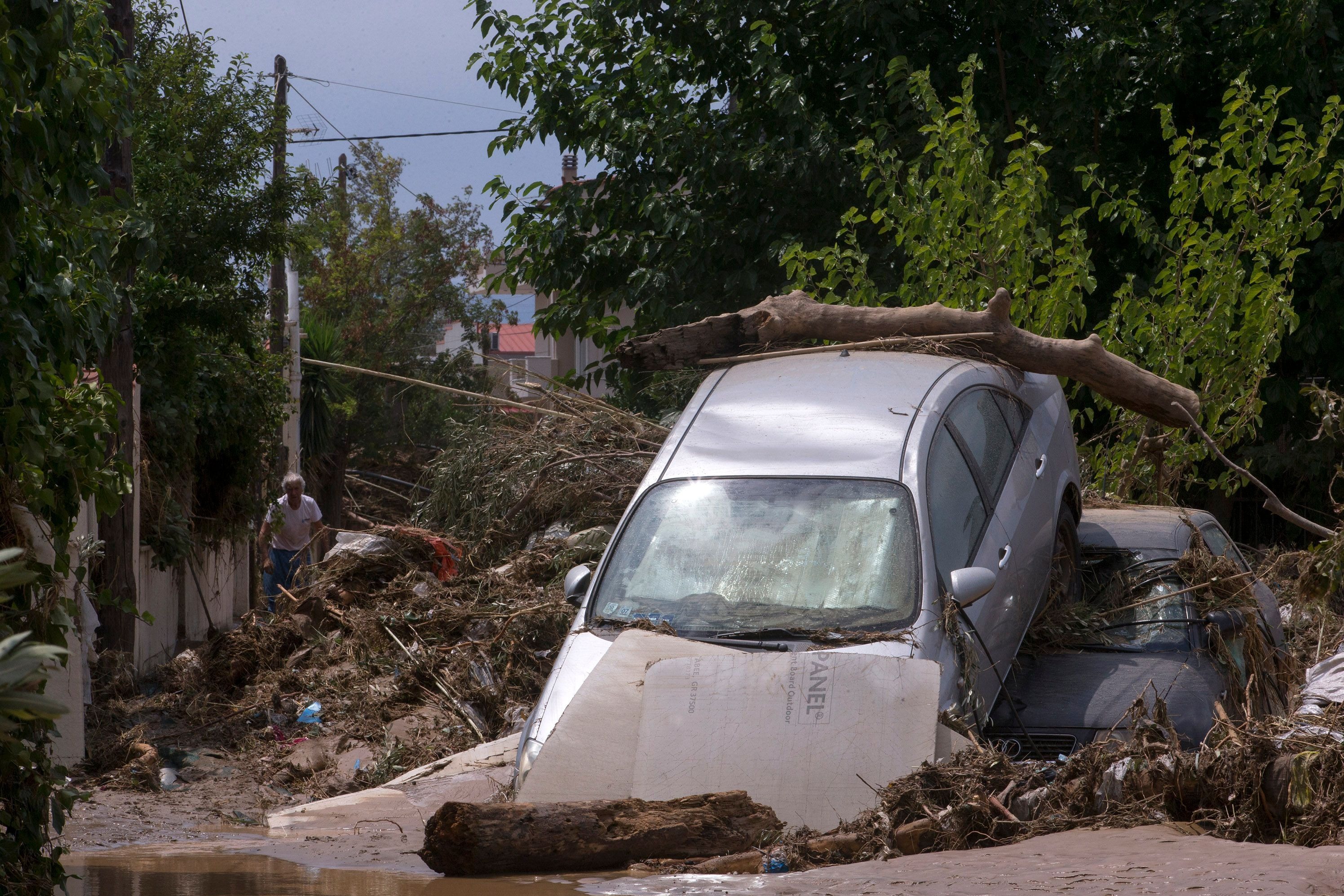 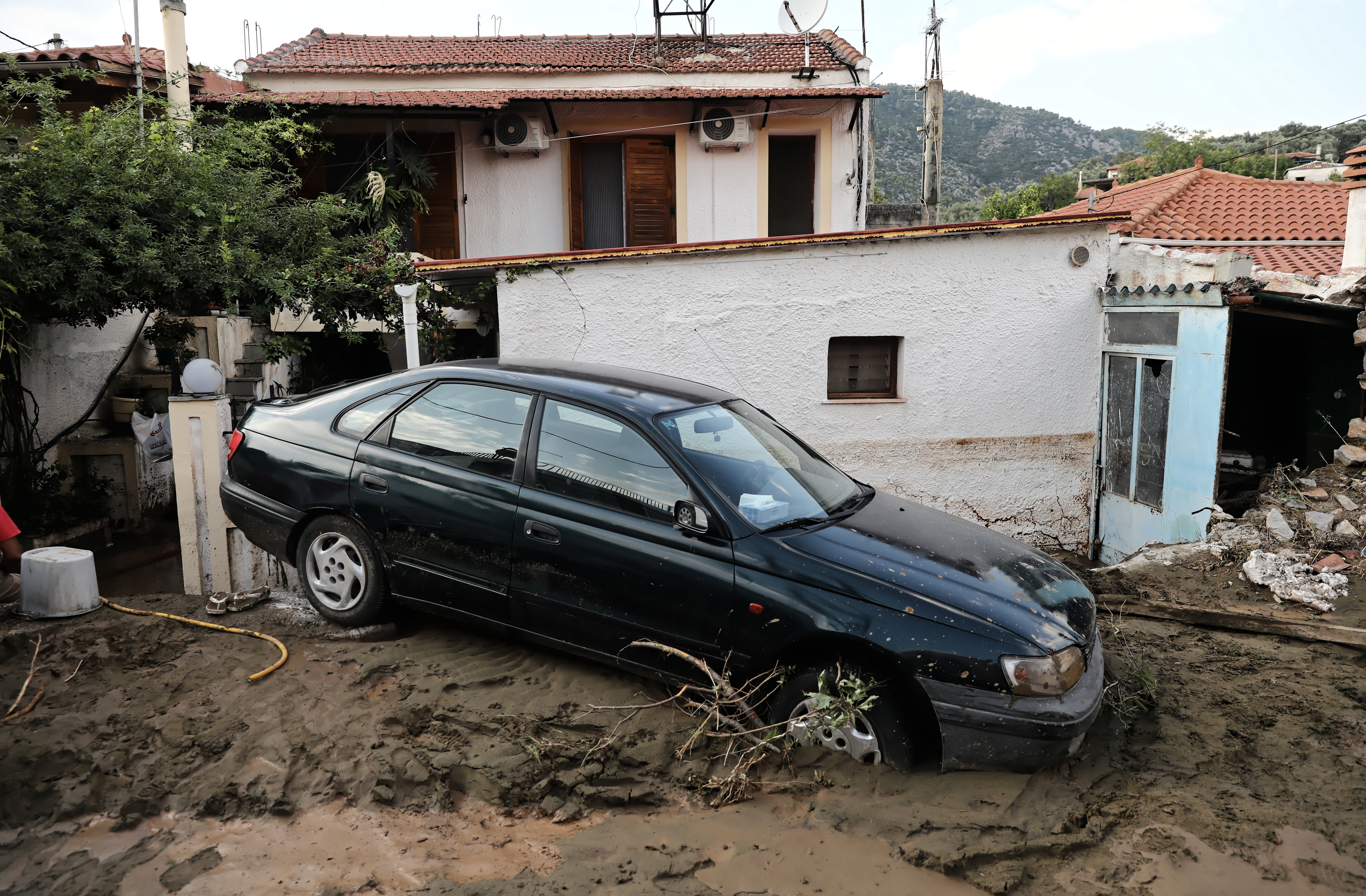 Dozens have been evacuated and 43 people were rescued by
helicopter after a river burst its banks and flooded the roads in the area.

Deputy Civil Protection Minister Nikos Hardalias, who visited the area, told reporters: "We are faced with phenomena that we haven't experienced before."

Authorities had expected 63mm of rain in a 24 hour period but the latest measurement showed it was actually as much as 350mm, Mr Hardalias said.

He added that climate change could make the extreme weather even more intense in Greece, where summers are usually dry.

Thunderstorms are rare but they have become more frequent in recent years.

In 2013 a woman died after Athens was hit by another heavy storm. 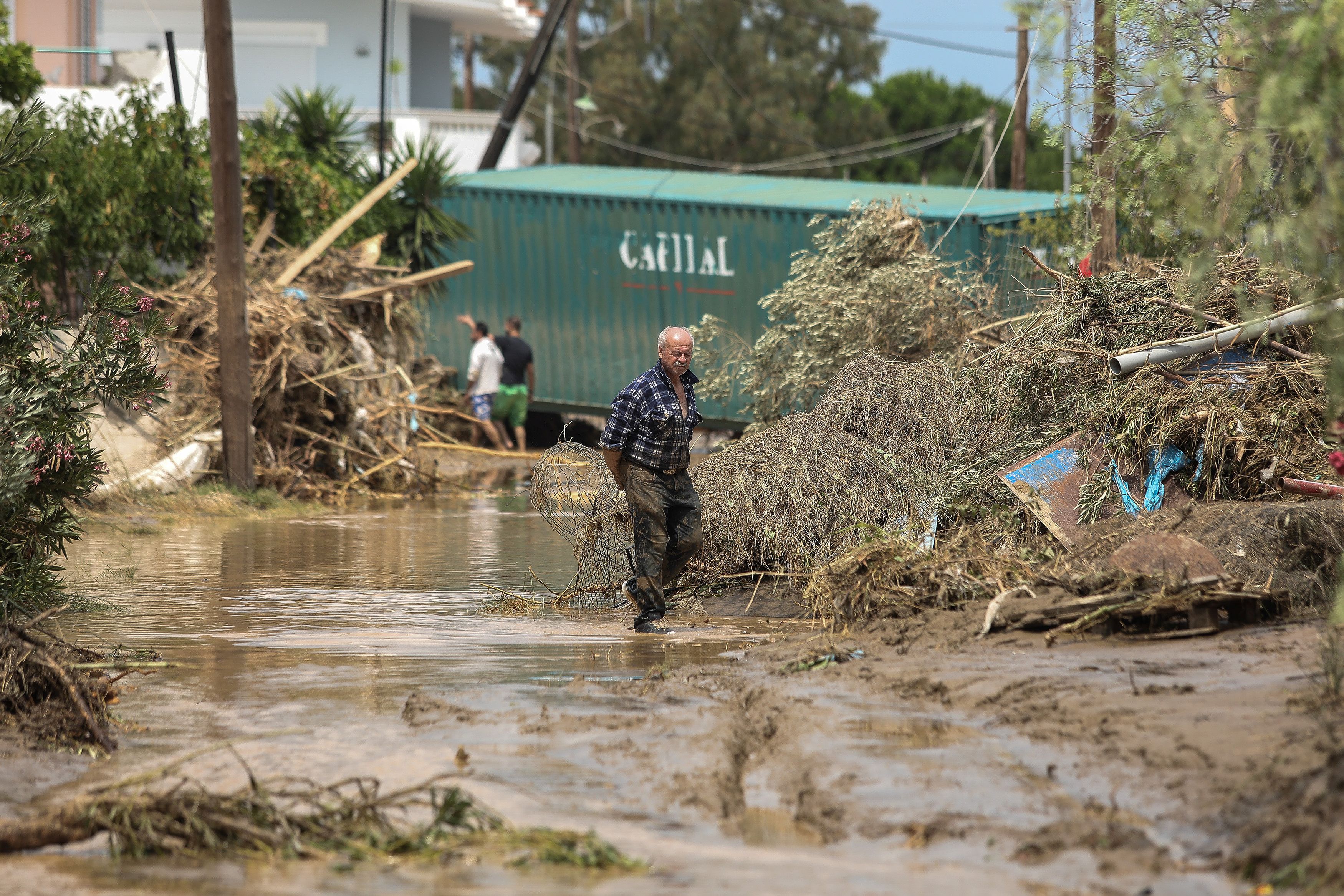 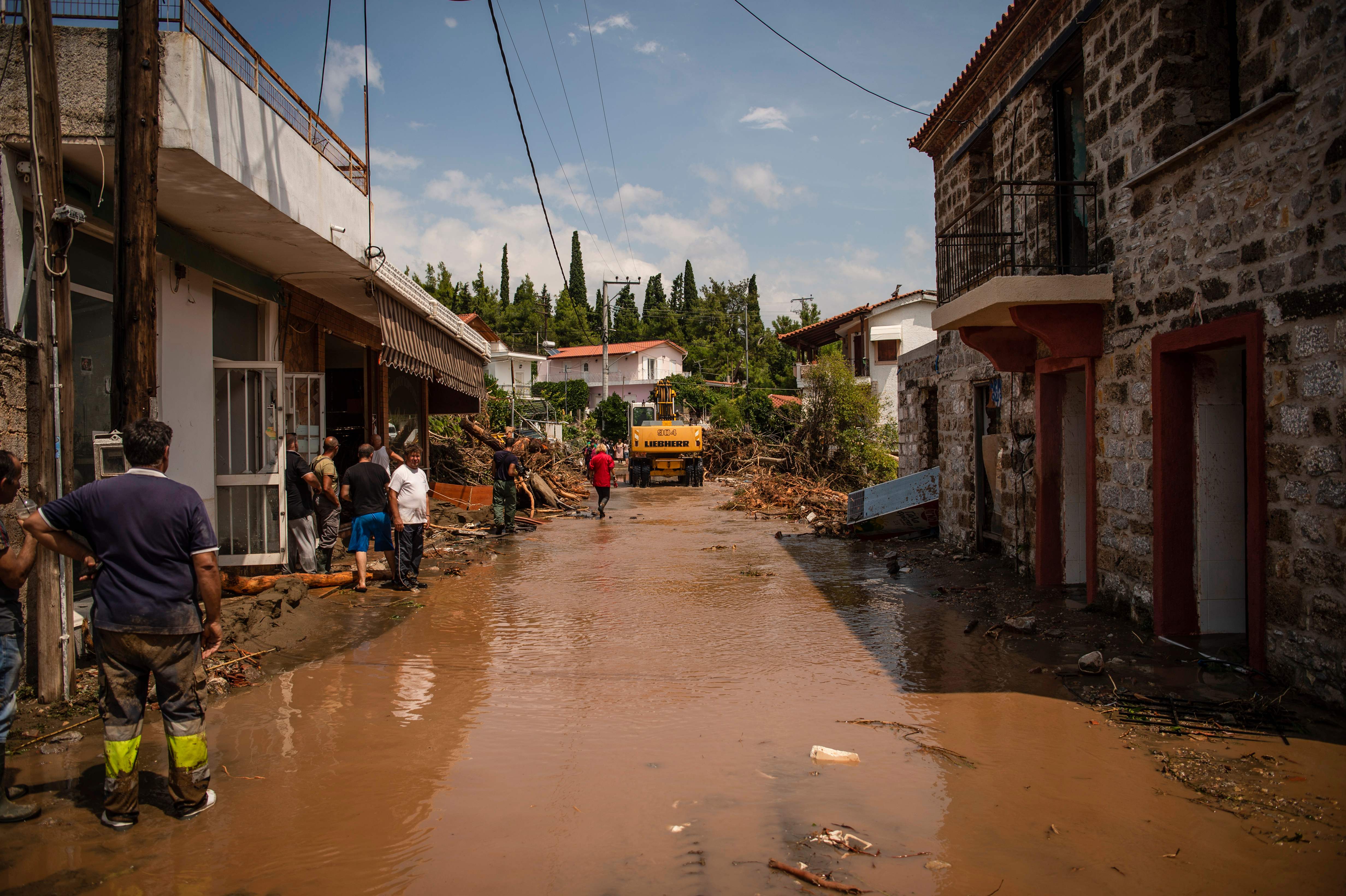 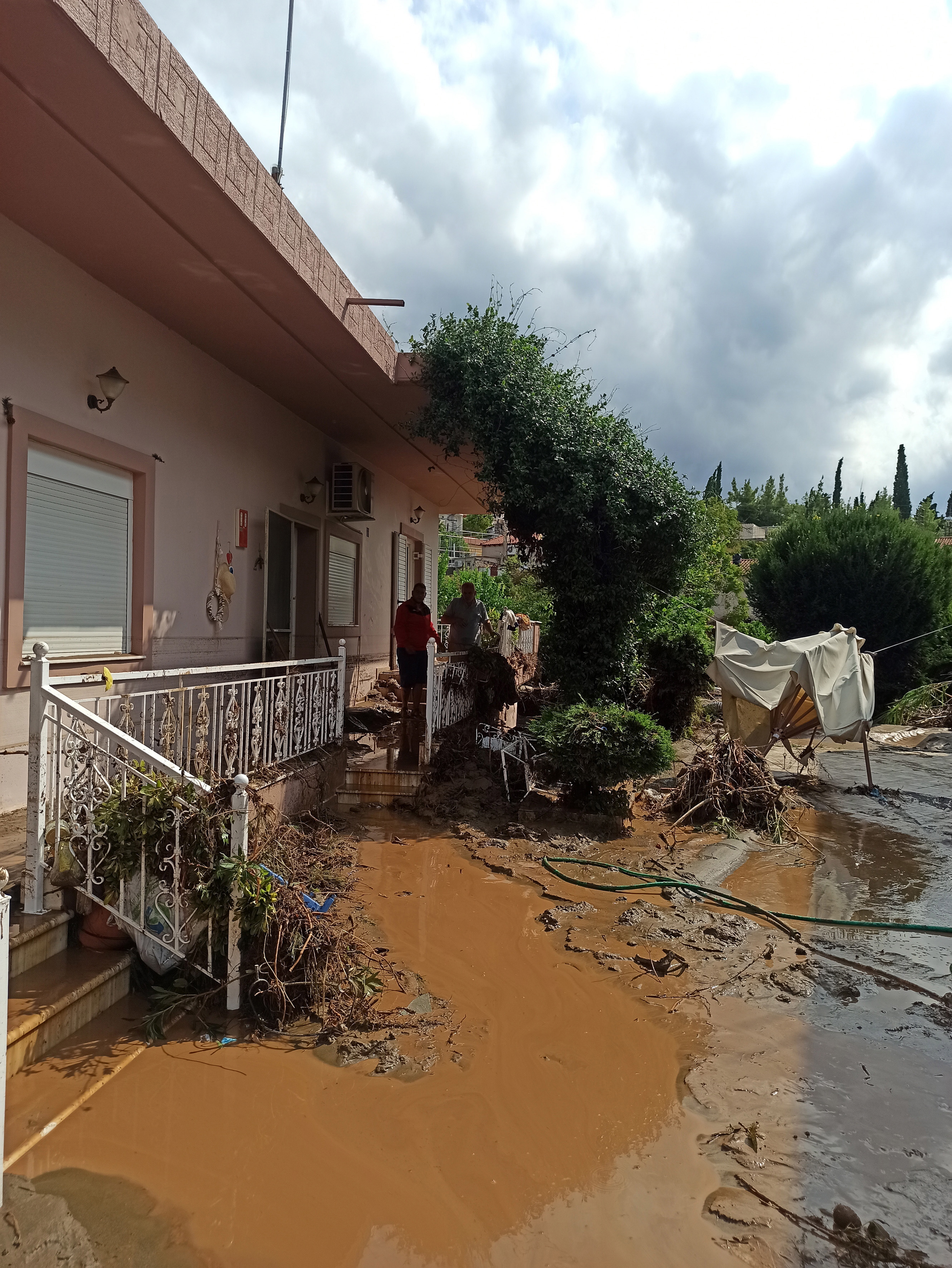 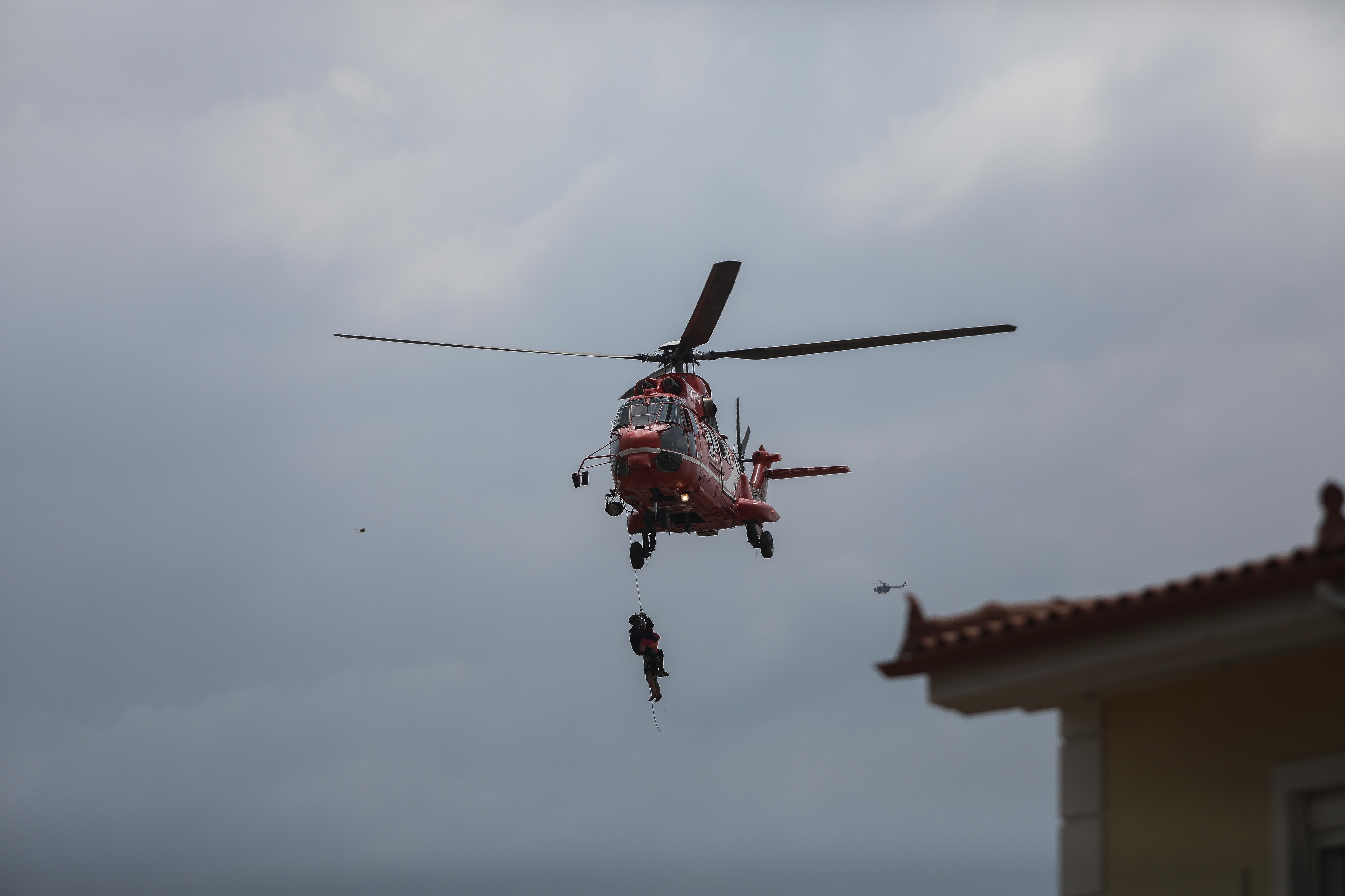