OTTAWA (Reuters) – A former key aide to Canadian Prime Minister Justin Trudeau on Wednesday denied he had inappropriately pressured a cabinet minister, in comments that could help ease a political crisis for the ruling Liberals ahead of an October election. 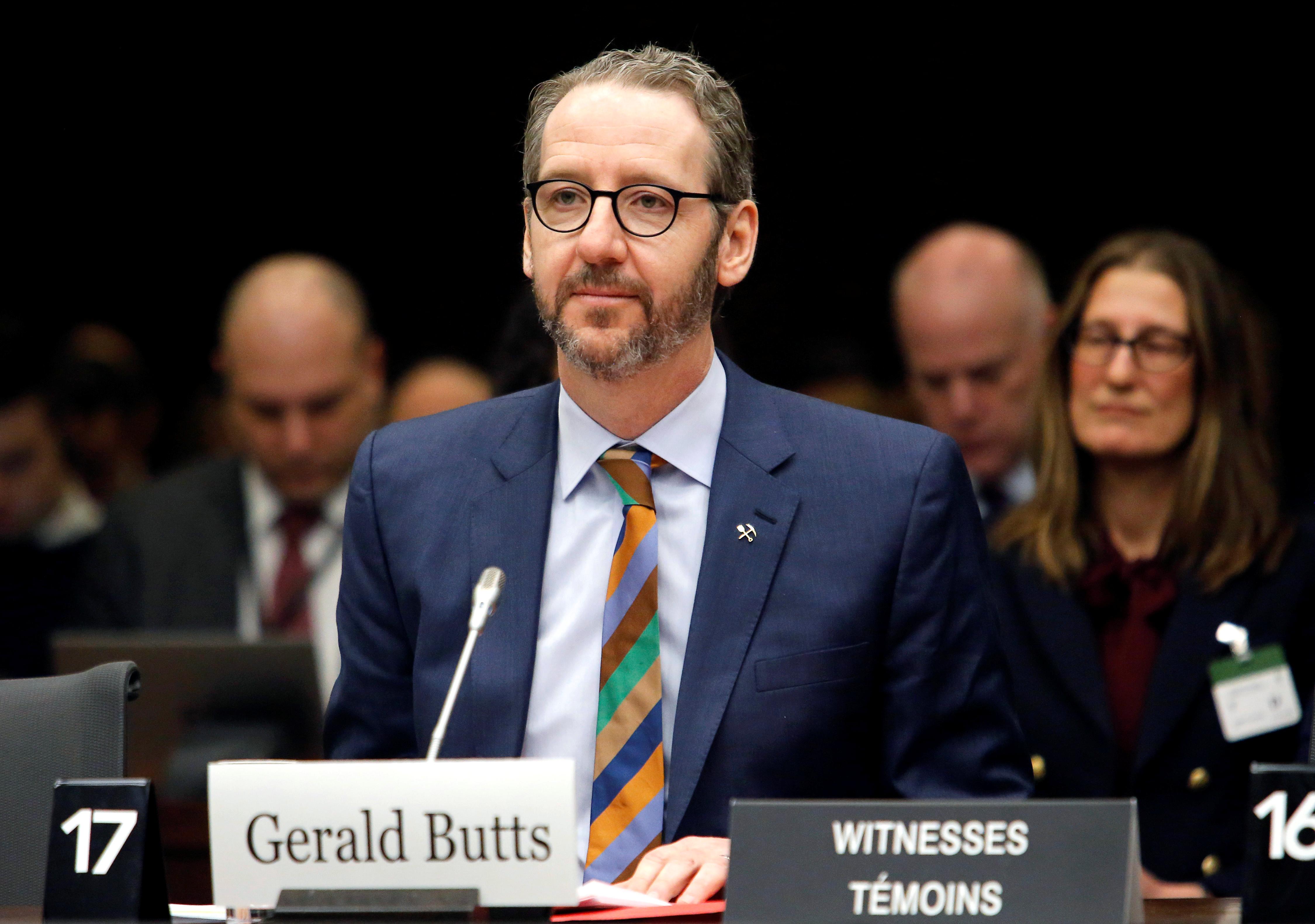 Former Justice Minister Jody Wilson-Raybould told the House of Commons justice committee last week that she and her staff had been subjected to persistent unwelcome pressure.

Butts, who resigned as Trudeau’s principal private secretary on Feb 18, said he had had one short conversation on Dec. 5 with Wilson-Raybould about SNC-Lavalin, which is facing trial on charges of bribing Libyan officials.

“I did not and I do not see how our brief discussion on that file constituted pressure of any kind,” Butts told the justice committee. “I am firmly convinced that nothing happened here beyond the normal operations of government.”

SNC-Lavalin faces fraud charges reut.rs/2UdgBBj relating to bribes the company is said to have offered to Libyan officials to influence the awarding of contracts between 2001 and 2011.

The company had hoped to benefit from a new law that would have granted it a deferred prosecution agreement to allow the firm to escape with a fine. Wilson-Raybould had the power to scrap the decision to go to trial, but decided against it.

The firm, which employs 9,000 people in Canada, is based in the province of Quebec, where Trudeau’s Liberals need to pick up seats to win October’s federal election.

Wilson-Raybould said 11 officials and ministers had contacted her and her office a total of 20 times over four months about the SNC-Lavalin affair.

“That is two meetings and two phone calls per month for the minister and her office on an issue that could cost a minimum of 9,000 Canadians their job,” said Butts.

A second member of Trudeau’s Cabinet resigned on Monday, saying she had lost confidence in how the government had dealt with the matter. Treasury Board President Jane Philpott was one of the most respected members of government.

Some nervous Liberal parliamentarians say Trudeau needs to make changes to his inner circle, and complain that his office seems to have no plan to deal with the crisis.

Liberal legislators on the committee appeared relieved after the testimony by Butts, telling reporters he had clearly done nothing inappropriate.

But opposition members, who want a public inquiry into the affair, were unconvinced.

“How can you be credible to us when Ms Wilson-Raybould gave us such clear consistent testimony of a pattern of interference in an independent prosecution?” asked legislator Charlie Angus of the left-leaning New Democrats.

Butts said he and others had urged Wilson-Raybould to seek outside legal advice given the law was new and taking into consideration the economic consequences of a guilty verdict.

“The only thing we ever asked (her) to do was to get a second opinion. And we also made it clear that she was free to accept that opinion, or not,” he said. 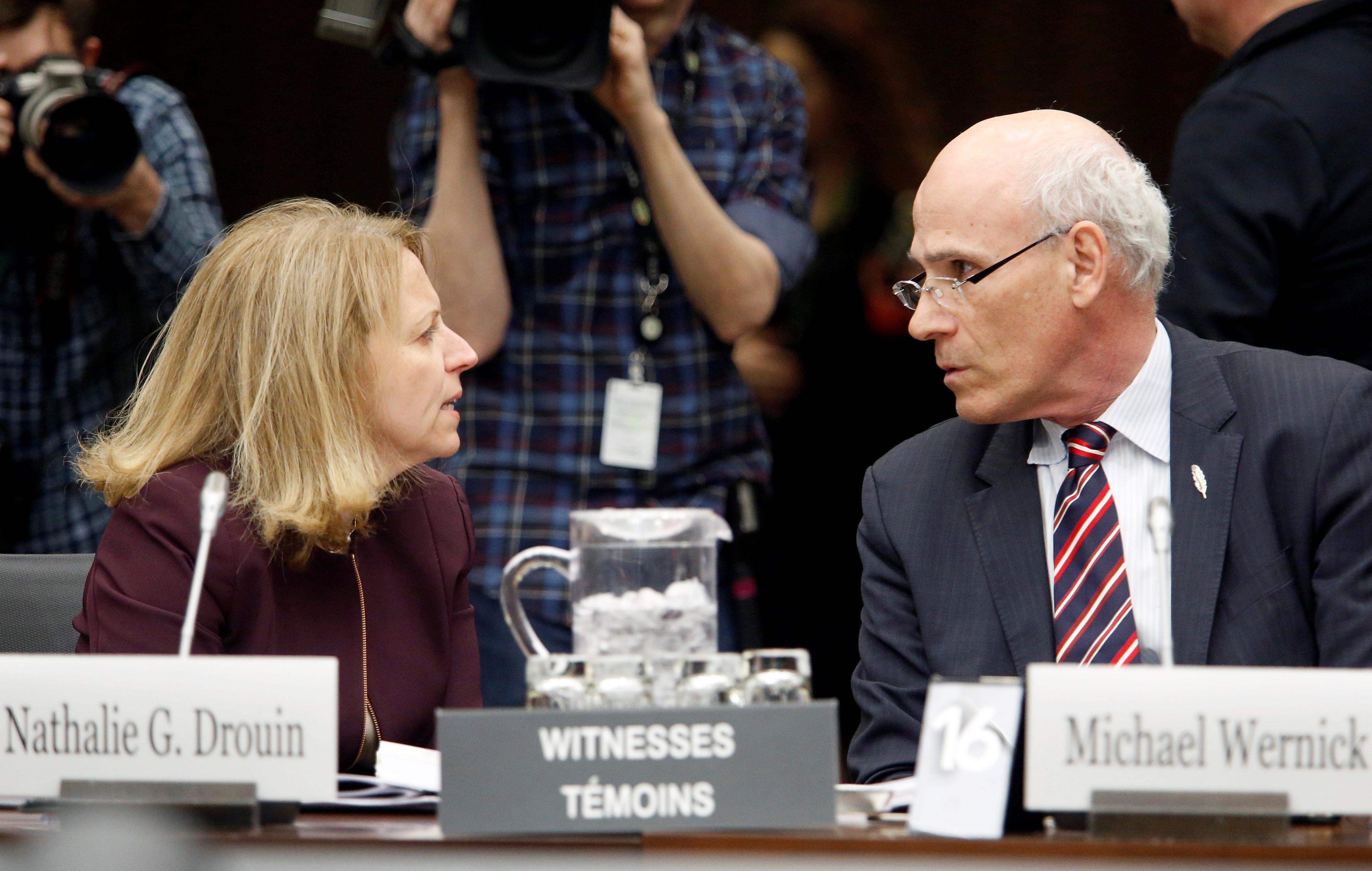 Wilson-Raybould, unexpectedly demoted to the veterans affairs ministry in January, told the committee she felt this was linked to the SNC-Lavalin case, which Butts denied.

Wilson-Raybould quit on Feb. 12 after less than a month in her new job.