AIN ISSA, Syria (Reuters) – Two Belgian women who joined Islamic State in Syria said on Sunday they were losing hope they will ever go home after a Belgian court overturned a ruling to repatriate them with their six children.

Tatiana Wielandt and Bouchra Abouallal, each 26, said that as much as it pains them, they would send the children to Belgium for a better life and stay behind if it came to that.

“What do I wish to receive? A ticket home,” Abouallal said at the sprawling Ain Issa camp enclosed by wire fences in northern Syria. “I understand people are afraid … They are judging us but they don’t know us.”

European nations are wrestling with how to handle militants and their families seeking to return as Islamic State’s self-declared caliphate crumbles.

The prospect of repatriation has sparked a fierce public debate in Brussels and other European capitals, where there is little sympathy for the families of jihadists with the trauma of attacks still fresh. Few governments want to take back their citizens, who may be hard to prosecute.

Last year, a judge ordered Belgium to return the two women and the children they had with militants. But the state fought the case, fearing it would set a precedent, and won an appeal in February.

“These children can’t live. They have no education. They have nothing,” Wielandt told Reuters in the women’s first interview since the Belgian state won the appeal. Her youngest son, blond and barefoot, clung to her clothes.

The government sought to make a distinction between the mothers – sisters-in-law who were convicted in absentia of being Islamic State militants – and the children who officials say cannot be guilty of their parent’s actions.

Like other parents across Europe, the grandmother of the six children, aged from 10 months to seven years, has tried to bring them back for over a year. [L5N20N6HY]

Belgium says it will stick by a 2017 decision to allow back all children under 10 from Iraq and Syria, but it is no longer under pressure from its judiciary to act in the case of the six.

U.S.-backed forces in Syria, holding thousands of foreign jihadists along with their wives and children, say they cannot keep them forever.

Wielandt and her school friend said they turned against Islamic State as they saw its militants brutally murder people, including foreigners who had joined its cause.

They got smuggled out of Islamic State territory and surrendered to the Kurdish forces in Ain Issa in late 2017 after the jihadists lost their base in Syria’s Raqqa city, where they lived. They said they spent two months in prison before being sent to a camp in the northeast.

The sisters-in-law are among 17 Belgian women and 32 children in Syria, security sources say.

Wielandt converted to Islam to marry Abouallal’s brother when they were still teens. Soon after, they left with their husbands for Syria – each with a baby – like more than 400 Belgians who headed to the conflict zone.

Their husbands died within a year. Each pregnant with a second child, the two widows returned to Belgium in 2014.

When Abouallal’s mother, Fatiha, was away on vacation a few months later, they fled again – leaving her heartbroken with an empty house full of toys near Antwerp.

Abouallal said they went to Syria in 2015 after feeling under “pressure” when police questioned them in Belgium or people blamed them for Islamic State attacks in Europe.

“I was thinking I’m going to live my whole life like this,” she added. “And we still had a little bit this ideology.”

“I NEED TO GET PUNISHED”

The second time they joined Islamic State, both married again and had children: Wielandt to a Dutch militant, who was killed, and Abouallal to a man from Trinidad, who surrendered with them.

The sisters-in-law said they stood ready to face jail time and get help. Abouallal said she burst into tears the last time she heard a plane flying overhead.

“I don’t even fight this. I made a mistake and I need to get punished for it,” she added. “If I ever go back to Belgium, I hope they give me an injection or whatever to forget this whole part of our lives.” 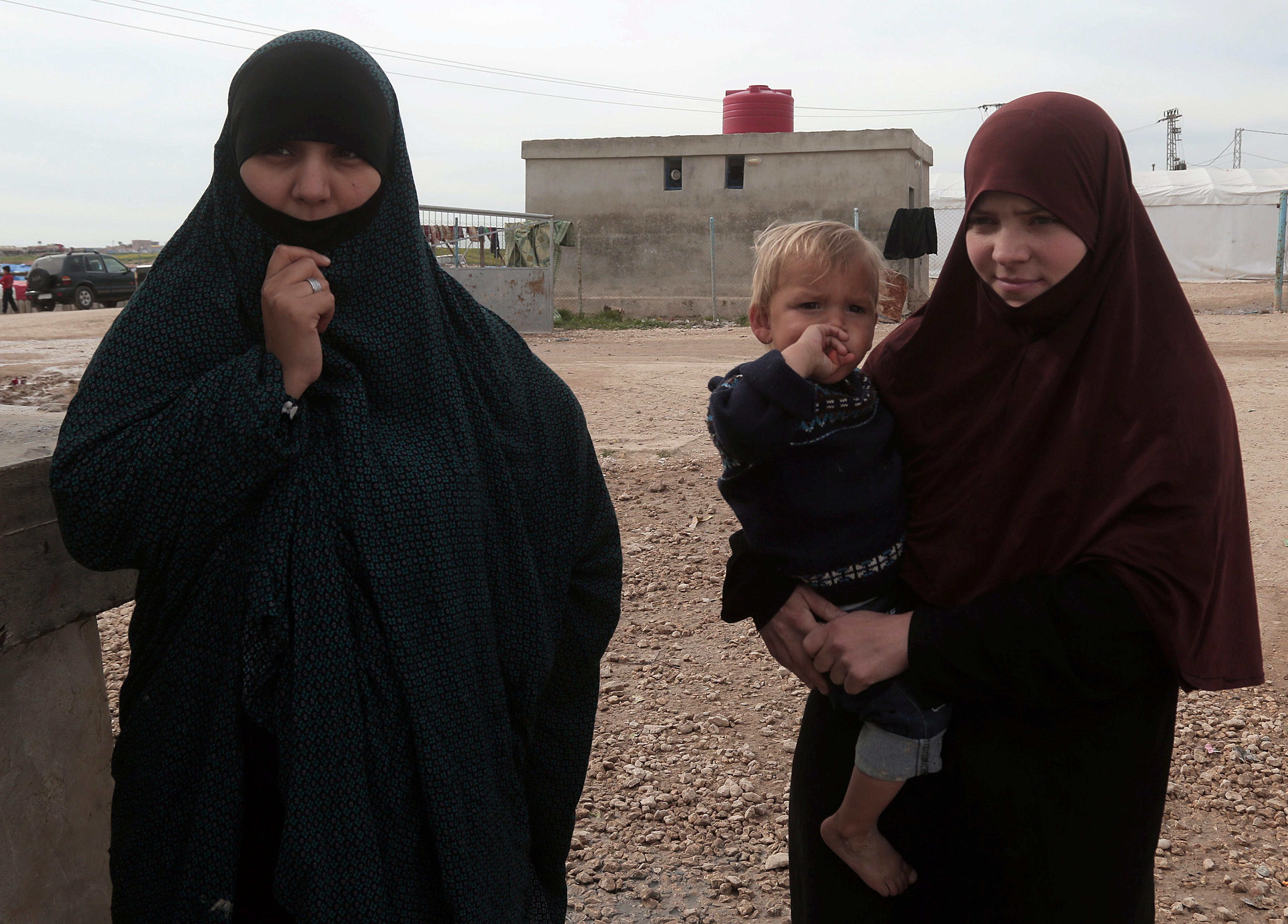 Nearly a month ago, they were moved to the Ain Issa camp, where the children live among scores of tarpaulin tents in the dirt.

They said they received threats from more extremist women for showing their faces or not wearing black.

“I don’t have a lot of hope anymore,” Abouallal said, her eyes filling with tears. “I know my mother did everything for us after everything we did to her.”