Alcoholic drinks sold as ‘hard sparkling water’ – despite being as strong as Stella – could appeal to children, experts warn

A range of new drinks with more alcoholic content than a can of beer – but marketed as the more innocuous ‘hard sparkling water’ – has provoked concerns young people will be encouraged to try them, say health experts.

Mike’s Hard Sparkling Water, from the world’s largest brewer, AB InBev, was launched last month, promising no sugar, no artificial sweeteners and only 99 calories per 330ml can to more health-conscious consumers. 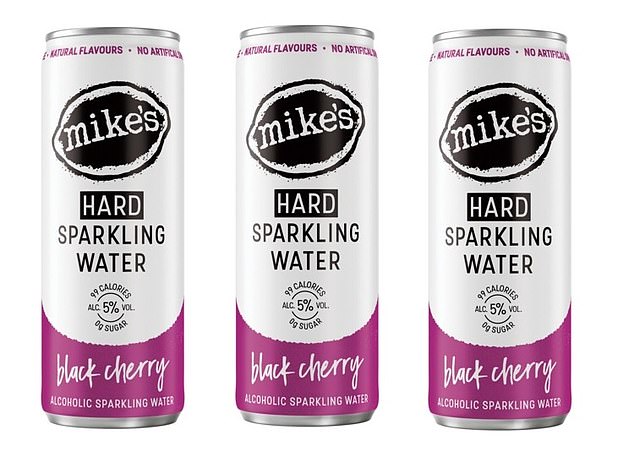 Mike’s Hard Sparkling water is marketed as a healthy option – but contains 5% alcohol and with it’s range of fruit-infused flavours could appeal to young people, warn health experts

In comparison, a can of Guinness Draught contains 4.2%, Budweiser contains 4.5% and Stella Artois 4.8%.

Now health experts have expressed concerns that such drinks are harking back to the days of alcopops, which received widespread condemnation during the late 1990s and early 2000s after they were credited for a rise in young people drinking alcohol.

Professor Sir Ian Gilmore, director of the Liverpool Centre for Alcohol Research at Liverpool University and chairman of Alcohol Health Alliance UK, told The Sunday Times that such drinks should be banned from using the word ‘water’ to describe themselves.

He said: ‘The products are masquerading as sparkling water drinks with fruit flavours when they are as strong as a [premium] beer or lager.

‘My concern is it is potentially attractive to children.’ 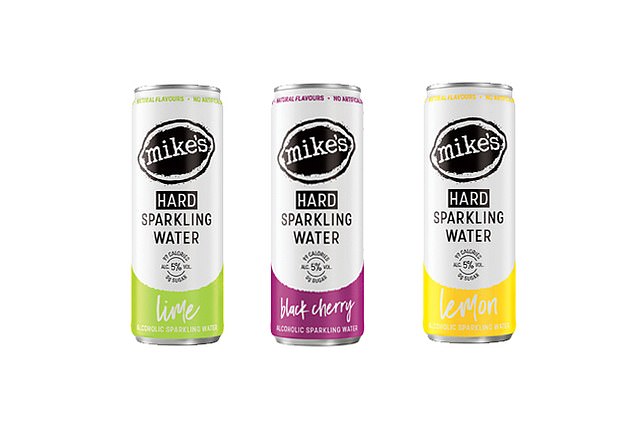 Each can of Mike’s Hard Sparkling Water contains 5% alcohol – equivalent to many premium beers that can be bought on the high street, including Stella Artois and Guinness

John Timothy, chief executive of the Portman Group, an industry-funded organisation promoting responsible drinking said there was no need for concern over such drinks, ‘provided it is named, labelled, packaged and marketed responsibly.’