THIS is the shocking moment a club-goer is knocked out cold with a single punch by a bouncer.

In dramatic footage, taken outside Theatro Club in Malaga, Spain, the man can be seen floored by the blow — hitting the ground with a sickening thud. 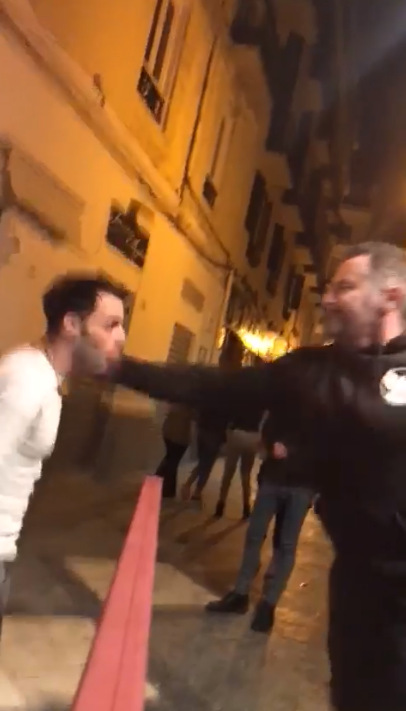 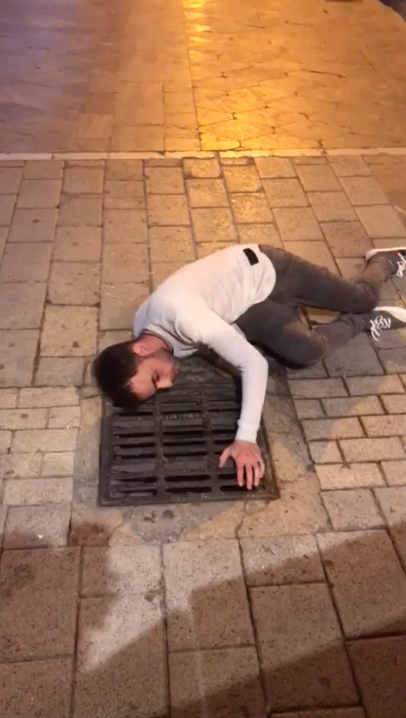 The 42-second video, which has since gone viral after being posted on Facebook, shows a skinny man challenge the beefy bouncer by placing his hands on him.

However, the security guard — towering high above — hands him a stern warning before the man continues to taunt him by dancing in his face.

In a moment of madness, potentially fuelled by alcohol, the man gets too close for the doorman's liking as he is pushed to the ground.

After falling to the floor, he picks himself back up and furiously approaches the bouncer prompting the doorman to give him an almighty slap to the face.

Stunned onlookers watched on as the man was laid out cold after being swatted like a fly.

Social media users were torn when it came to watching the video, with over 55,000 sharing their thoughts in just under 24 hours.

Disgusted by the footage, Clare Marshall, fumed: "He's a drunken pain in the arse, but doormen should be trained to take that s***.

"Control the situation and calm things down — not clump someone."

Others jumped to the security guard's defense.

"I think he deserved it, personally, the bouncer put him back in his place."

But some users found the footage hilarious, tagging their friends in the process.

Harry Barber, joked: "Have that, you melt."

I think he deserved it, personally, the bouncer put him back in his place

The bouncer, clearly unphased by the incident, casually heads back to his post after landing the almighty blow.

It is not clear what led to the altercation, or what happened before the video being taken. 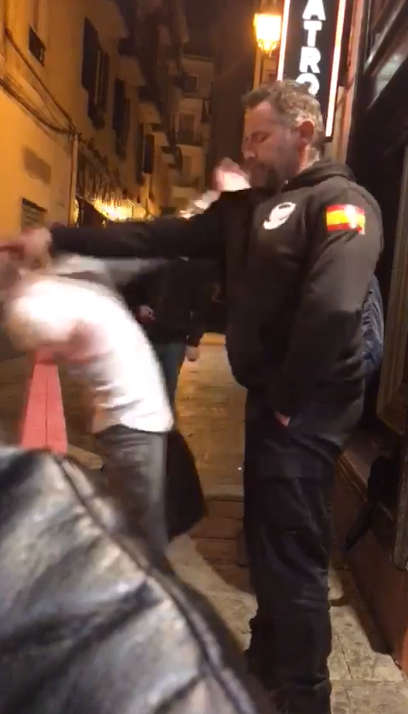 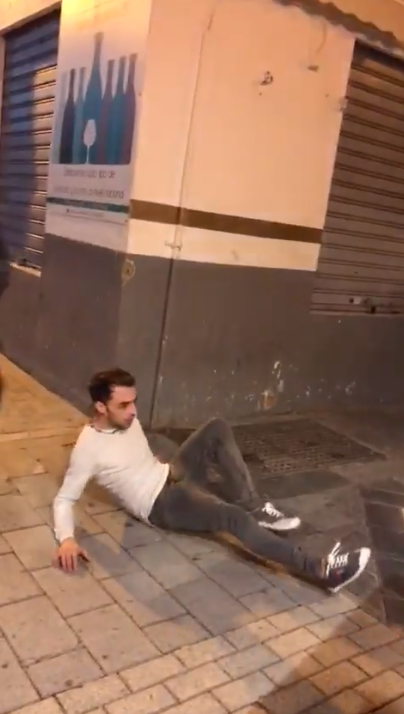