Washington: Facebook parent company Meta is paying one of the biggest Republican consulting firms in the country to orchestrate a nationwide campaign seeking to turn the public against TikTok.

The campaign includes placing op-eds and letters to the editor in major regional news outlets, promoting dubious stories about alleged TikTok trends that actually originated on Facebook, and pushing to draw political reporters and local politicians into helping take down its biggest competitor. 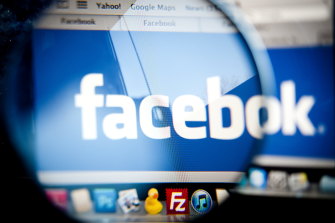 Meta was paying a firm to turn the public against TikTok.Credit:AP

These bare-knuckle tactics, long commonplace in the world of politics, have become increasingly noticeable within a tech industry where companies vie for cultural relevance and come at a time when Facebook is under pressure to win back young users.

Employees with the firm, Targeted Victory, worked to undermine TikTok through a nationwide media and lobbying campaign portraying the fast-growing app, owned by the Beijing-based company ByteDance, as a danger to American children and society, according to internal emails shared with The Washington Post.

Targeted Victory needs to “get the message out that while Meta is the current punching bag, TikTok is the real threat especially as a foreign owned app that is #1 in sharing data that young teens are using,” a director for the firm wrote in a February email.

Campaign operatives were also encouraged to use TikTok’s prominence as a way to deflect from Meta’s own privacy and antitrust concerns.

“Bonus point if we can fit this into a broader message that the current bills/proposals aren’t where [state attorneys general] or members of Congress should be focused,” a Targeted Victory staffer wrote.

The emails, which have not been previously reported, show the extent to which Meta and its partners will use opposition-research tactics on the Chinese-owned, multibillion-dollar rival that has become one of the most downloaded apps in the world, often outranking even Meta’s popular Facebook and Instagram apps.

In an internal report last year leaked by the whistleblower Frances Haugen, Facebook researchers said teens were spending “2-3X more time” on TikTok than Instagram, and that Facebook’s popularity among young people had plummeted.

Targeted Victory declined to respond to questions about the campaign, saying only that it has represented Meta for several years and is “proud of the work we have done”.

In one email, a Targeted Victory director asked for ideas on local political reporters who could serve as a “back channel” for anti-TikTok messages, saying the firm “would definitely want it to be hands off”.

In other emails, Targeted Victory urged partners to push stories to local media tying TikTok to dangerous teen trends in an effort to show the app’s purported harms. “Any local examples of bad TikTok trends/stories in your markets?” a Targeted Victory staffer asked.

“Dream would be to get stories with headlines like ‘From dances to danger: how TikTok has become the most harmful social media space for kids’,” the staffer wrote.

Meta spokesperson Andy Stone defended the campaign by saying, “We believe all platforms, including TikTok, should face a level of scrutiny consistent with their growing success.”

A TikTok spokesperson said the company is “deeply concerned” about “the stoking of local media reports on alleged trends that have not been found on the platform”.

Targeted Victory worked to amplify negative TikTok coverage through a Google document titled “Bad TikTok Clips,” which was shared internally and included links to dubious local news stories citing TikTok as the origin of dangerous teen trends. Local operatives working with the firm were encouraged to promote these alleged TikTok trends in their own markets to put pressure on lawmakers to act.

That trend led Senator Richard Blumenthal to write a letter in September calling on TikTok executives to testify in front of a Senate subcommittee, saying the app had been “repeatedly misused and abused to promote behaviour and actions that encourage harmful and destructive acts”. But according to an investigation by Anna Foley at the podcast network Gimlet, rumours of the “devious licks” challenge initially spread on Facebook, not TikTok.

In October, Targeted Victory worked to spread rumours of the “Slap a Teacher TikTok challenge” in local news, touting a local news report on the alleged challenge in Hawaii. In reality, no such challenge existed on TikTok. Again, the rumour started on Facebook, according to a series of Facebook posts first documented by Insider. 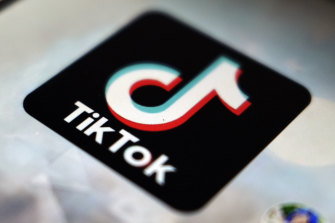 TikTok is one of the fast-growing apps, especially among young people.Credit: AP Photo/Kiichiro Sato

The firm worked to use both genuine concerns and unfounded anxieties to cast doubt about the popular app. One email outlining recent negative TikTok stories mixed reasonable questions, largely about TikTok’s corporate ownership and practices, with more exaggerated stories about young users recording themselves behaving badly – the kinds of social media panics that have long bedevilled big social networks, including Facebook.

The agency was working at the same time to get “proactive coverage” about Facebook into local newspapers, radio segments and TV broadcasts, including submitting letters and opinion pieces speaking glowingly of Facebook’s role in, for instance, supporting black-owned businesses. Those letters did not mention the Meta-funded firm’s involvement.

Targeted Victory has contracted with dozens of public relations firms across the US to help sway public opinion against TikTok. In addition to planting local news stories, the firm has helped place op-eds targeting TikTok around the country, especially in key congressional districts.

On March 12, a letter to the editor that Targeted Victory officials helped orchestrate ran in the Denver Post. The letter, from a “concerned” “new parent,” claimed that TikTok was harmful to children’s mental health, raised concerns over its data privacy practices and said that “many people even suspect China is deliberately collecting behavioral data on our kids”. The letter also issued support for Colorado Attorney-General Phil Weiser’s choice to join a coalition of state attorneys-general investigating TikTok’s impact on American youths, putting political pressure on the company.

A very similar letter to the editor, drafted by Targeted Victory, ran that same day in the Des Moines Register. The piece linked to negative stories about TikTok that Targeted Victory had previously sought to amplify. The letter was signed by Mary McAdams, chair of the Ankeny Area Democrats. Targeted Victory touted McAdams’ credentials in an email on March 7.

“[McAdams’s] name on this [letter to the editor] will carry a lot of weight with legislators and stakeholders,” a Targeted Victory director wrote. The email then encouraged partners across other states to look for opportunities to add to the campaign, “especially if your state AG suddenly joins on.”

The authors of the two letters did not respond to calls or emails requesting comment.

In an email sent last week to local contractors, Targeted Victory asked each team to “be prepared to share the op-ed they’re working on right now.” “Colorado and Iowa – Can you talk about the TikTok Op-eds you both got?” a Targeted Victory representative asked.

The emails show how the firm has effectively promoted its anti-TikTok messaging without revealing that it came from a firm working on Meta’s behalf. None of the op-eds or letters to the editor were published with any indication that the Meta-funded group had been involved.

Launched as a Republican digital consulting firm by Zac Moffatt, a digital director for Mitt Romney’s 2012 presidential campaign, Targeted Victory has routinely advised Facebook officials over the years, including during a high-profile congressional hearing after the 2016 election.

The Arlington-based firm advertises on its website that it brings “a right-of-centre perspective to solve marketing challenges” and can deploy field teams “anywhere in the country within 48 hours”.

The firm is one of the biggest recipients of Republican campaign spending, earning more than $237 million in 2020, according to data compiled by OpenSecrets. Its biggest payments came from national GOP congressional committees and America First Action, a pro-Trump super PAC.

In 2020, the firm said it was expanding its “crisis practice and corporate affairs offerings” because of its clients’ growing need for “issues management and executive positioning,” adding that it would focus its efforts toward “authentic storytelling” with a “hyper-local approach.”

Some of the emails targeting TikTok were sent in February, shortly after Meta announced that Facebook had lost users for the first time in its 18-year history. Meta chief executive Mark Zuckerberg told investors then that TikTok was a major obstacle, saying, “people have a lot of choices for how they want to spend their time, and apps like TikTok are growing very quickly.” The company has unveiled a TikTok clone, a short-video feature called Reels, and promotes it heavily in its Instagram app.

In a 2019 speech at Georgetown University, during which he invoked the Reverend Martin Luther King Jr and championed Facebook’s role in promoting free speech, Zuckerberg criticised TikTok for reports it had banned discussion of topics deemed subversive by the Chinese government, saying, “is that the Internet that we want?” (The Washington Post and the Guardian had previously highlighted those content-moderation rules. TikTok has said those guidelines were outdated and that its US business now operates under different rules than its Chinese counterpart.)

But Zuckerberg has also pointed at TikTok to counter concerns that Facebook holds a monopoly on social media. TikTok is the “fastest-growing app,” he said in his opening remarks at a hearing of the House antitrust subcommittee in 2020.

The anti-TikTok campaign follows in a long line of Facebook-funded advocacy groups working to boost its standing in the public eye.

In 2018, Facebook worked with Definers Public Affairs, another Washington consulting firm founded by Republican political veterans, to lash out at critics and other tech companies, including Apple and Google, during the Cambridge Analytica scandal that sparked global outrage over Facebook’s privacy rules. (The company said it stopped working with Definers shortly after a New York Times report on the arrangement.)

And in 2019, as the company faced antitrust scrutiny over its gargantuan impact, Facebook drove the creation of a political advocacy group, American Edge, designed to persuade Washington lawmakers that Silicon Valley was critical to the US economy – and that overt regulation could weaken the country’s competitiveness in a technology race against China.

Meta outspends all but six of the nation’s biggest companies and industry groups in federal lobbying, paying more than $20 million last year, according to data compiled by OpenSecrets.