FACEBOOK has been forced into a grovelling apology after China's President Xi Jinping’s name was turned into "Mr S***hole" by its translation software.

The shocking glitch emerged on the page of Myanmar leader Aung San Suu Kyi, in an official post about a top-level meeting with the Chinese leader. 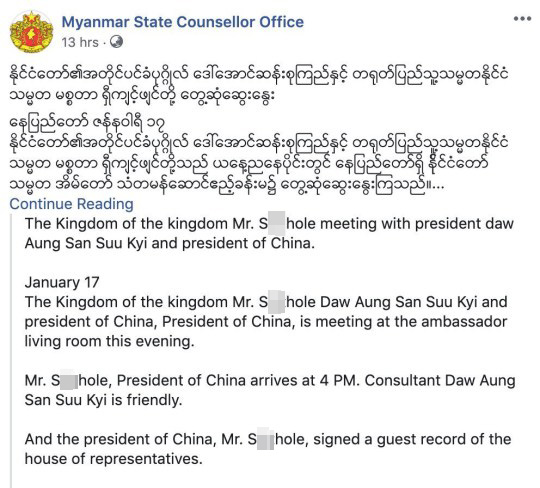 After Facebook's Burmese to English translation kicked in, the government statement read: "Mr S***hole, President of China, arrives at 4pm."

It then continued: "Mr S***hole signed a guest record of the house of representatives."

Facebook has since blamed the cock up on a "technical issue", saying Xi’s name had not been inputted into the database which translates Burmese into English.

The social media giant said in a statement: "We fixed a technical issue that caused incorrect translations from Burmese to English on Facebook.

"This should not have happened and we are taking steps to ensure it doesn’t happen again.

"We sincerely apologise for the offence this has caused." 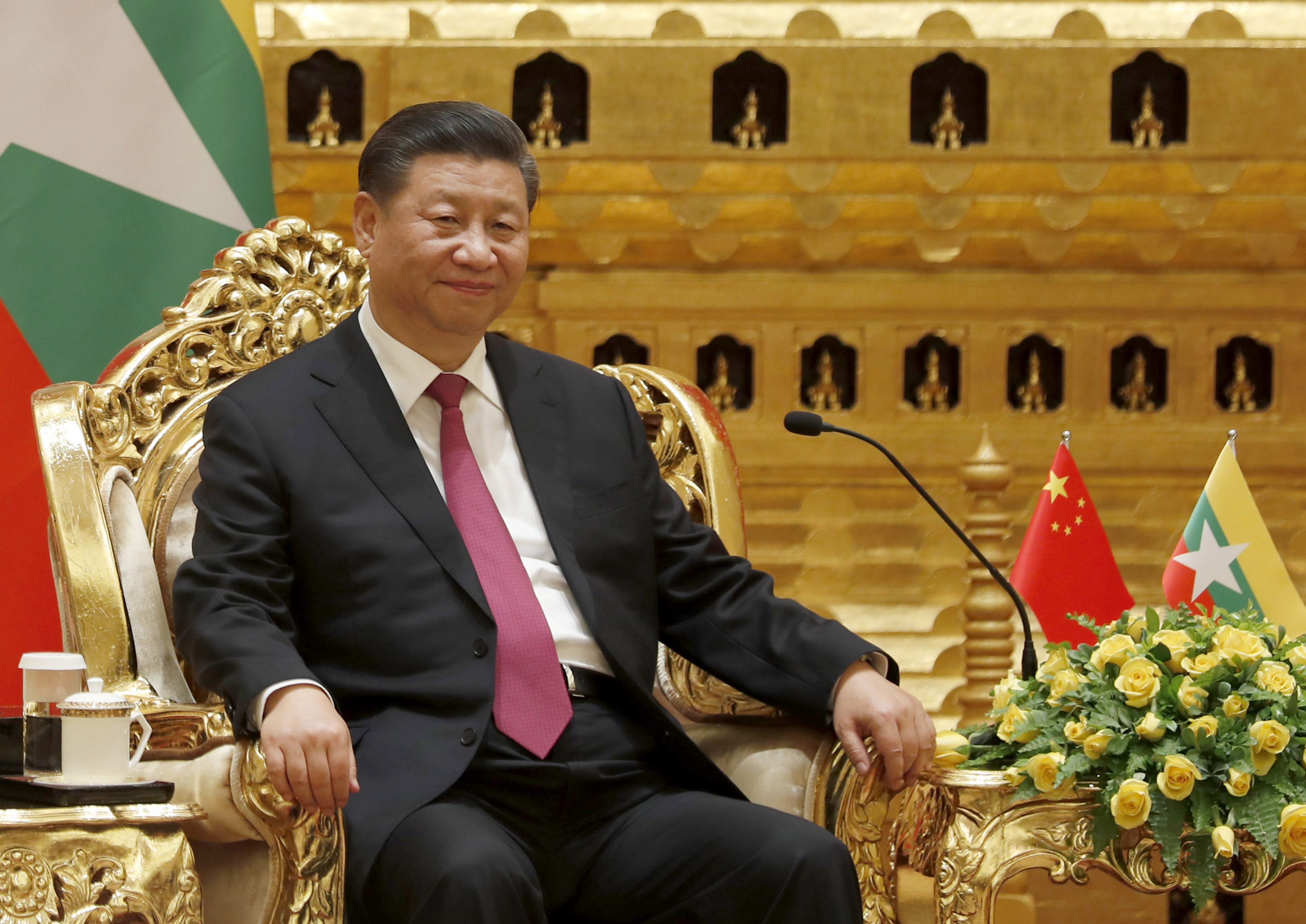 Translation tests of similar words that start with "xi" and "shi" in Burmese also produced "s***hole", it then added.

It was not clear how long the problem lasted but Google's translation function did not show the same error.

Facebook has faced numerous problems with Burmese to English translations in the past.

In 2018, it even temporarily suspended the function after a Reuters report showed the tool was producing extremely bizarre results.

Facebook is the most popular site for news in Myanmar and politicians often use it for official statements and announcements.

This is not the first time Facebook posts have been seriously lost in translation.

In 2017, a Palestinian builder was arrested by Israeli cops after Facebook translated a post saying "good morning" into "attack them".

He was released when the error was realised.