A Facebook whistleblower who leaked secret internal company documents about the social network’s negative impact on users’ mental health told Congress that Iran and China have used the platform to surveil their enemies.

Frances Haugen, the 37-year-old data engineer who quit Facebook in May and was the source of a bombshell Wall Street Journal expose into the company’s practices, says she had direct knowledge of how their governments used the site.

She said Facebook’ failure to properly staff its counterintelligence departments to monitor how foreign governments use the social network poses a risk to American national security.

But Haugen told the Senate Commerce Committee’s Subcommittee on Consumer Protection, Product Safety, and Data Security that China’s government used Facebook to monitor the Uyghur population beyond its borders.

She said: ‘My team directly worked on tracking Chinese participation on the platform surveilling, say, Uyghur populations in places around the world. 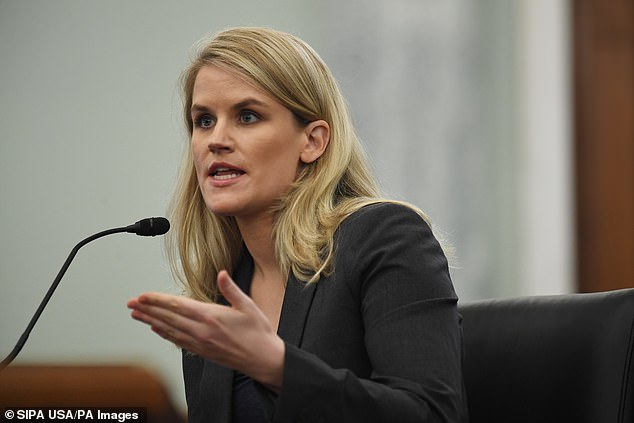 Frances Haugen, the 37-year-old data engineer who quit Facebook in May and was the source of a bombshell Wall Street Journal expose into the company’s practices, says the governments of China and Iran use the social network to spy on enemies 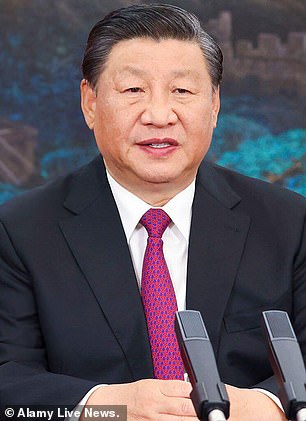 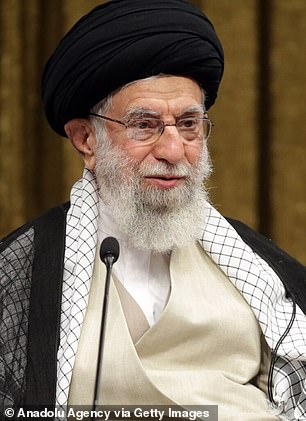 ‘That you could actually find the Chinese, based on them, doing these kinds of things.’

Haugen added: ‘We also found active persuasion of, say, the Iran government doing espionage on other state actors, so this is definitely a thing that is happening.

‘And I believe that Facebook’s consistent understaffing of the counterespionage, information operations and counterterrorism teams is a national security issue.’

In July, Facebook said it had taken down about 200 accounts run by a group of hackers in Iran as part of a cyber-spying operation that targeted mostly US military personnel and people working at defense and aerospace companies.

The social media giant said the group, dubbed ‘Tortoiseshell’ by security experts, used fake online personas to connect with targets, build trust sometimes over the course of several months and drive them onto other sites where they were tricked into clicking malicious links that would infect their devices with spying malware.

Haugen was asked by Senator Dan Sullivan, a Republican from Alaska: ‘So you are saying, in essence, that the platform, whether Facebook knows it or not, is being utilized by some of our adversaries in a way that helps push and promote their interests at the expense of America’s?’

‘Facebook’s very aware that this is happening on the platform and I believe the fact that Congress doesn’t get a report of exactly how many people are working on these things internally is unacceptable because you have a right to keep the American people safe.’

China has faced international condemnation over persecution of the Muslim Uyghur population in China’s Xinjiang province.

Critics say the campaign amounts to cultural genocide, including the detention of Uyghurs in ‘re-education camps’ and the destruction of mosques and other cultural sites.

A former inmate of a Uyghur detention camp has revealed how he was ordered to bend over by prison guards so that other detainees could gang rape him.

The whistleblower gave his account to CNN who also interviewed an ex-cop who described how he would beat children as young as 14 and that he regularly witnessed both men and women being battered by guards.

The testimonies raise new concerns over Beijing’s treatment of the Uyghur Muslim minority at so-called ‘re-education’ camps in the northern Xinjiang province.

Sanctions imposed by London, Washington and Brussels appear to have failed to stop the Chinese Communist Party from committing the ‘genocide.’ 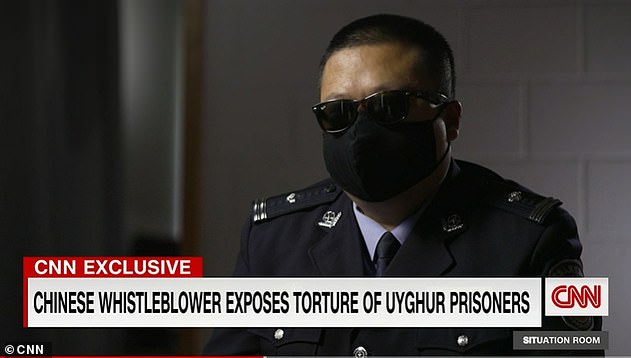 An ex-detective turned whistleblower, who gave his name as Jiang (pictured), described how they would drag the Uyghurs from their homes in the middle of the night, threatening to kill them if they resisted. They were accused of ‘terrorism’ but Jiang said that they appeared to be ‘ordinary people’ 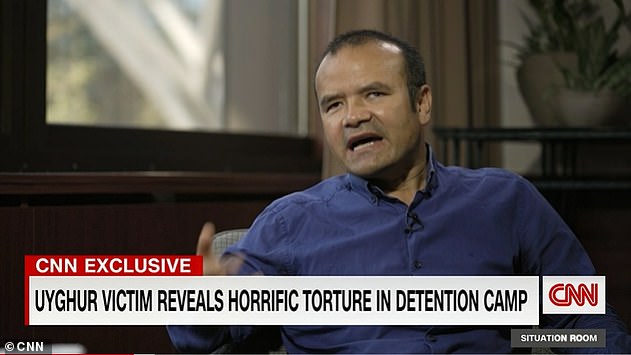 Abduweli Ayup (pictured), a 48-year-old Uyghur scholar, says he was detained in August 2013 by armed police after he opened a nursery to teach children their native language. On his first night at a detention camp in the city of Kashgar, he says he was raped by a dozen Chinese inmates who were ordered to do so by prison guards.

Abduweli Ayup, a 48-year-old Uyghur scholar, says he was detained in August 2013 by armed police after he opened a nursery to teach children their native language.

On his first night at a detention camp in the city of Kashgar, he says he was raped by a dozen Chinese inmates who were ordered to do so by prison guards.

‘The prison guards, they asked me to take off my underwear,’ then told him to bend over, Ayup said. ‘Don’t do this, I cried. Please don’t do this.’

He said he blacked out during the ordeal and awoke in a pool of vomit and urine.

The humiliation continued the following day as prison guards asked him: ‘Did you have a good time.’

He was forced to confess to ‘illegal fundraising’ before being transferred to camp.

Ayup was eventually released in 2014 and has since moved to Norway where he writes children’s books in the Uyghur language.

However, he adds that he will ‘never forget’ his treatment in Xinjiang which is seared into his memory like ‘a scar in my heart.’

Iran, which does not have diplomatic relations with the United States, is aligned against US allies in the region, including Israel, Jordan, Saudi Arabia, the United Arab Emirates, and other smaller countries.

The State Department considers Iran a state sponsor of terrorism.

Washington has imposed diplomatic and economic sanctions against Iran.

She testified on Capitol Hill after she leaked reams of internal research to authorities and The Wall Street Journal, which has fueled one of Facebook’s most serious crises yet.

‘Congressional action is needed. They won’t solve this crisis without your help,’ she added. 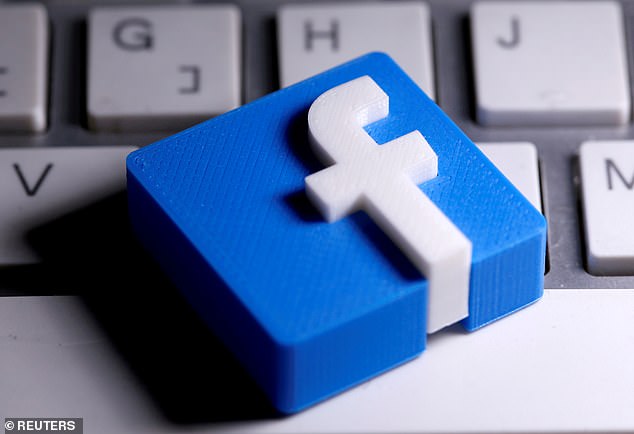 In her testimony, she emphasized the power held by a service that is tightly woven into the daily lives of billions of users.

She also noted the risks that the social media giant’s platforms are fueling a contagion of eating disorders, body-shaming and self-dissatisfaction that is particularly dangerous for young people.

‘There are going to be women walking around this planet in 60 years with brittle bones because of the choices that Facebook made around emphasizing profit today,’ she said, referring to the impact of eating disorders.

‘Here’s my message for (Facebook CEO) Mark Zuckerberg. Your time of invading our privacy, promoting toxic content and preying on children and teens is over,’ said Senator Ed Markey.

‘Congress will be taking action… we will not allow your company to harm our children, our families and our democracy anymore,’ he added.

Senator Amy Klobuchar said she sees the whistleblower disclosures as the long-needed push to get Congress moving.

‘I think the time has come for action, and I think you are the catalyst for that action,’ she told Haugen.

US lawmakers for years have threatened to regulate social media platforms to address criticisms that the tech giants trample on privacy, provide a megaphone for dangerous misinformation and damage young people’s well-being.

‘I’m here today because I believe Facebook’s products harm children, stoke division and weaken our democracy. The company’s leadership knows how to make Facebook and Instagram safer, but won’t make the necessary changes because they have put their astronomical profits before people.’

‘For more than 5 hours (on Monday), Facebook wasn’t used to deepen divides, destabilize democracies, and make young girls and women feel bad about their bodies.’

‘I saw Facebook repeatedly encounter conflicts between its own profits and our safety. Facebook consistently resolved its conflicts in favor of its own profits. In some cases, this dangerous online talk has led to actual violence.’

‘Mark holds a very unique role in the tech industry in that he holds over 55% of all the voting shares for Facebook. There are no similarly powerful companies that are as unilaterally controlled. … There’s no one currently holding him accountable but himself..’

‘We can afford nothing less than full transparency. As long as Facebook is operating in the shadows and hiding its research from public scrutiny, it is unaccountable. Until the incentives change, Facebook will not change. ‘

‘Their (Facebook’s) profit was more important than the pain that it caused. There is documented proof that Facebook knows its products can be addictive and toxic to children, and it is not just that they made money – it’s that they valued their more than the pain they caused to children and their families.

‘Facebook’s failure to acknowledge and to act makes it morally bankrupt. Again and again, Facebook rejected reforms recommended by its own researchers.

‘The damage to self worth, inflicted by Facebook today will haunt a generation. Feelings of inadequacy and insecurity and rejection and self-hatred will impact this generation for years.