Factbox: Who wants to be Britain's next prime minister?

LONDON (Reuters) – Prime Minister Theresa May is under pressure from lawmakers in her own party to resign immediately after a backlash to her final Brexit gambit. 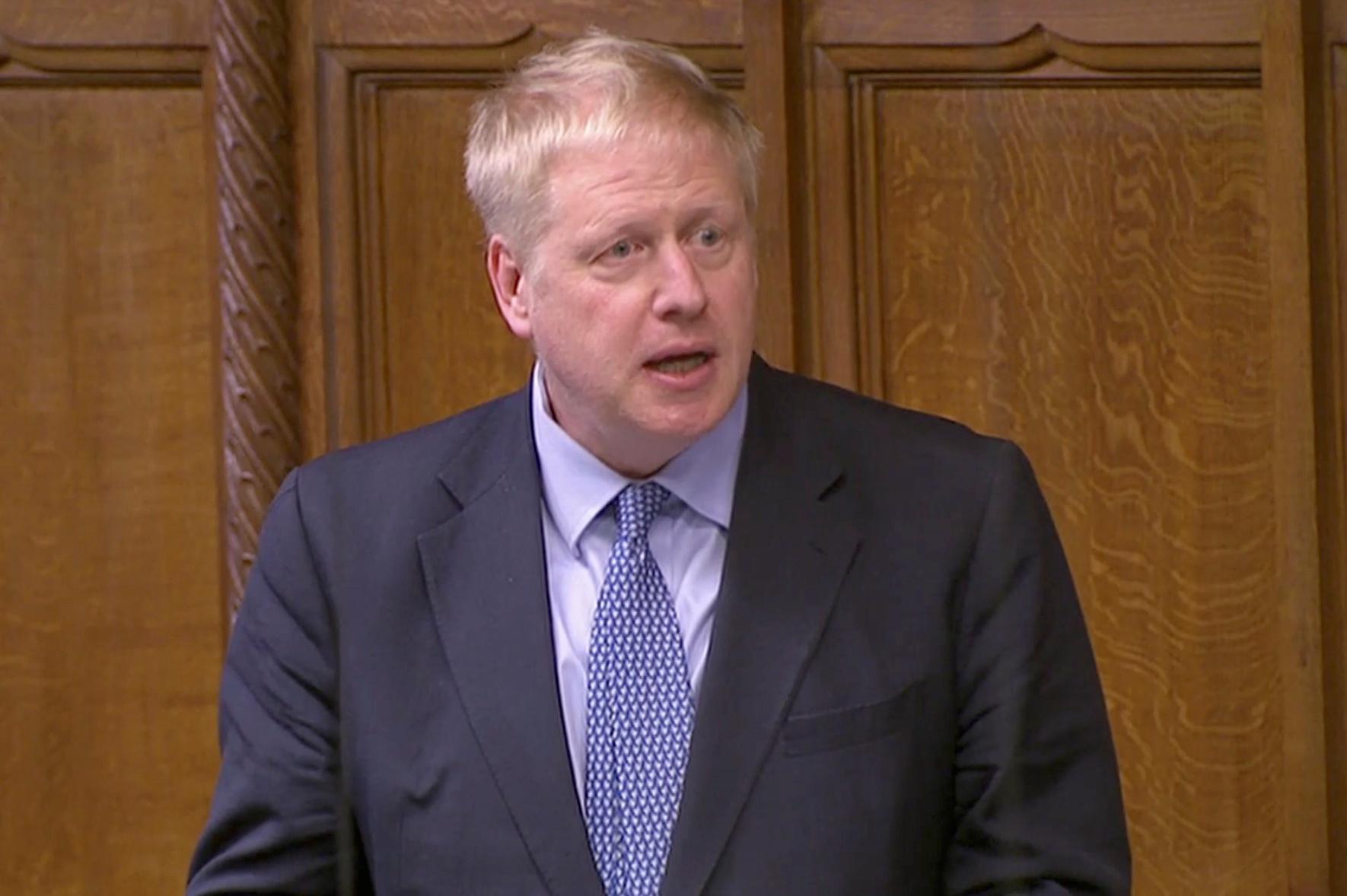 She has so far only said she will agree to a timetable for her departure after a planned fourth vote on her Brexit deal in early June, but senior members of her Conservative Party are already jostling to replace her.

Below are Conservatives who have either said they plan to put themselves forward or are widely expected to run:

The face of the official campaign to leave the European Union, Johnson resigned as foreign minister in July in protest at May’s handling of the exit negotiations.

Johnson set out his pitch to the membership in a speech at the party’s annual conference in October – some members queued for hours to get a seat. He called on the party to return to its traditional values of low tax and strong policing.

On Thursday the BBC reported he had told The British Insurance Brokers’ Association, “Of course I’m going to go for it.”

He is the bookmakers’ favorite to succeed May.

The pro-Brexit former television presenter, who resigned as work and pensions minister in November in protest at May’s exit deal with the European Union, has said she plans to run in the leadership contest.

McVey told Talkradio: “I have always said quite clearly that if I got enough support from my colleagues, yes I would (run). Now people have come forward and I have got that support, so I will be going forward.”

A former diplomat who once walked 6,000 miles across Iran, Afghanistan, Pakistan, India and Nepal, Stewart was promoted to International Development Secretary this month after holding several junior ministerial positions.

Educated at the exclusive Eton College, Stewart was first elected to parliament in 2010 and backed remaining in the EU in the 2016 referendum. He opposes a ‘no deal’ exit and has been a vocal advocate of May’s deal with Brussels.

“I do want to bring this country together … I accept Brexit, I am a Brexiteer, but I want to reach out to ‘Remain’ voters as well,” he told the BBC.

Gove, one of the highest-profile Brexit campaigners during the 2016 referendum, has had to rebuild his cabinet career after falling early to May in the contest to replace Cameron, who resigned the day after losing the referendum.

Seen as one of the most effective members of cabinet in bringing forward new policies, the high-energy environment minister has become a surprise ally to May and has backed her Brexit strategy.

Gove teamed up with Johnson during the 2016 Brexit campaign only to pull his support for Johnson’s subsequent leadership bid at the last moment and run himself.

He has not yet said whether he plans to run.

Hunt replaced Johnson as foreign minister in July and has urged the Conservative membership to set aside their differences over Brexit and unite against a common foe – the EU.

Hunt voted to remain in the EU in the referendum. He served six years as Britain’s health minister, a role that has made him unpopular with many voters who work in or rely on the state-run, financially stretched National Health Service.

Asked at a lunch with journalists in parliament if he planned to run for leader, he said: “Wait and see.”

A pro-Brexit campaigner, Leadsom made it to the last two in the 2016 contest to replace David Cameron. She withdrew after a backlash to an interview in which she said being a mother gave her more of a stake in the future of the country than her rival Theresa May.

Leadsom runs parliamentary business for the government and told broadcaster ITV she was “seriously considering standing” to replace May.

Raab quit as May’s Brexit minister last year in protest at her draft exit agreement saying it did not match the promises the Conservative Party made in the 2017 election. Raab served only five months as head of the Brexit department.

He had held junior ministerial roles since being elected in 2010. Raab, a black belt in karate, campaigned for Brexit.

He has not declared his candidacy but asked if he would like to be prime minister, he said: “Never say never.”

Javid, a former banker and a champion of free markets, has served a number of cabinet roles and scores consistently well in polls of party members. A second-generation immigrant of Pakistani heritage, he has a portrait of late Conservative prime minister Margaret Thatcher on his office wall.

Javid voted ‘Remain’ in the 2016 referendum but was previously considered to be eurosceptic. He has not said whether he plans to run but is considered to have been setting out his stall through speeches and media interviews.

Davis, a leading eurosceptic, was appointed Brexit minister to lead negotiations with the EU in July 2016 but resigned two years later in protest at May’s plans for a long-term relationship with the bloc.

He previously ran for the party’s leadership in 2005 but lost to Cameron.

He told a magazine he would probably be Conservative Party leader if standing for the role were like applying for a job as chief executive. “But … that isn’t the way the decision is done,” he said.

Mordaunt is one of the last remaining pro-Brexit members of May’s cabinet. She became Britain’s first female defense secretary this month.

A Royal Navy reservist, Mordaunt was previously international development minister. Many had expected her to join the wave of resignations that followed the publication of May’s draft withdrawal deal.

She backed ‘Remain’ in 2016 and has opposed a ‘no deal’ exit, meaning she could win support from pro-EU Conservative lawmakers. But she struggled to retain her seat at the 2017 election and has one of the smallest majorities in parliament.

Health minister Hancock, a former economist at the Bank of England, supported ‘Remain’ in 2016. First elected to parliament in 2010, he has held several ministerial roles.

The former education minister told ITV she would consider running. Greening supports a second Brexit referendum. Many thought she might join several of her colleagues in quitting the party to form a pro-EU group in parliament earlier this year.

Chief secretary to the Treasury, Truss has held several roles in government including environment minister and justice minister. She backed ‘Remain’ in 2016 but has said she has since changed her mind on Brexit.

Brady is chair of the 1922 Committee of Conservative lawmakers. “It would take an awful lot of people to persuade me. I’m not sure many people are straining at the leash to take on what is an extraordinarily difficult situation,” he told BBC Radio.

A former deputy mayor of London, Malthouse only became a Member of Parliament in 2015. He is a junior housing minister and helped author the so-called Malthouse Compromise plan to replace the unpopular Irish backstop in Britain’s EU exit deal with alternative arrangements to avoid a hard border.

He has not declared that he is running, but the Sun newspaper reported he was setting up a campaign team. 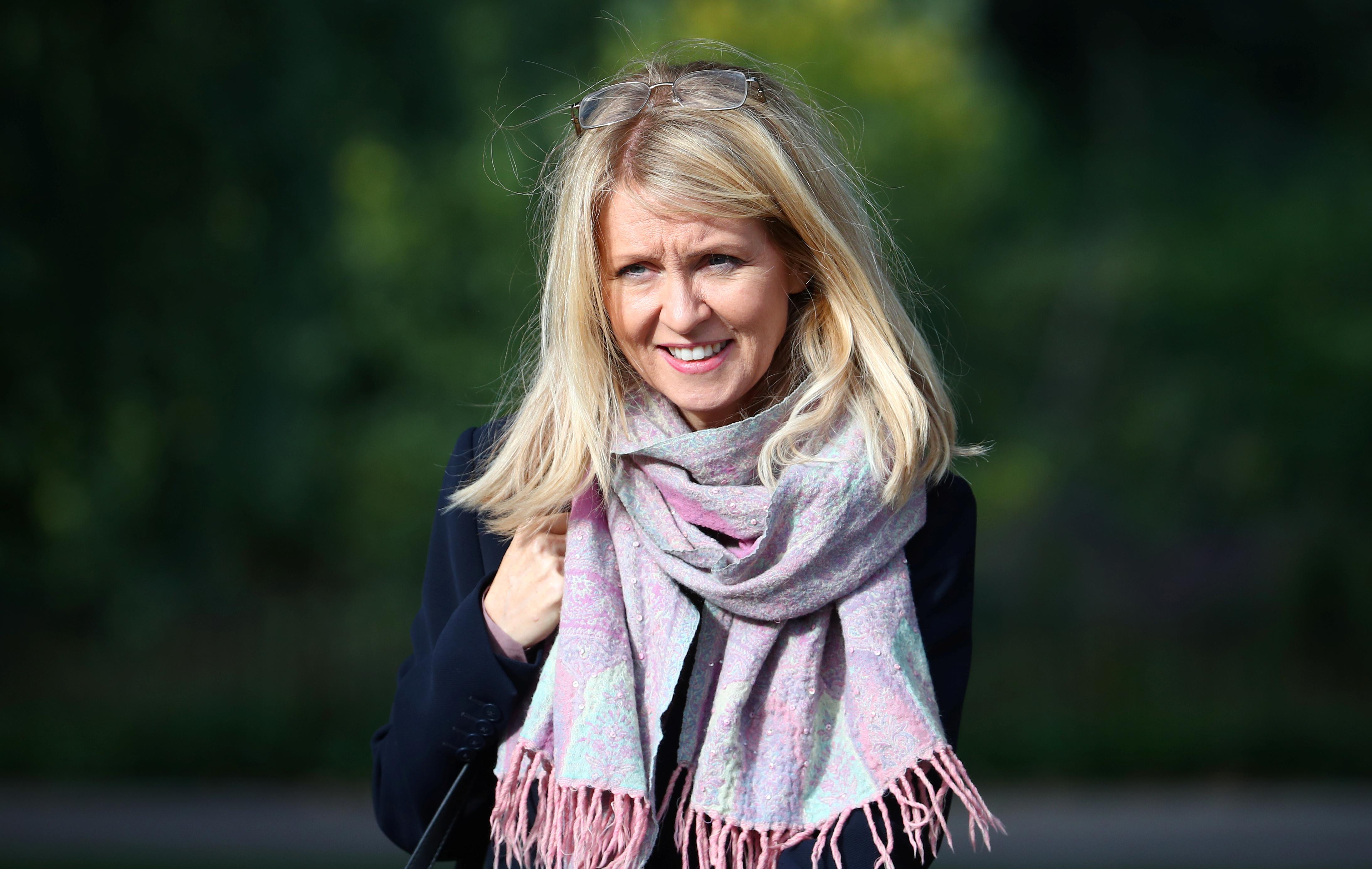 Cleverly was appointed a junior Brexit minister last month, having previously been deputy chair of the Conservative Party. He had a career in publishing before being elected to parliament in 2015.

The Sun reported he was planning to run for leader, although he has not announced it publicly.