Given how the Atlanta Falcons like to start slow and finish seasons strong, this is a pretty good opportunity for Raheem Morris.

Morris will be the Falcons’ interim coach, the team announced. He will replace Dan Quinn, who was fired on Sunday after his team lost its fifth in a row to start the season.

Morris has been with the Falcons for six seasons, and this is is first with the official title of defensive coordinator. He spent three seasons as Tampa Bay Buccaneers head coach, and it has been a long time getting another shot to lead a team.

Raheem Morris gets another shot

Morris was once a fast-rising star in coaching. He was named Tampa Bay Buccaneers coach when he was 32 years old.

Morris had spent a few years as a college assistant, but had mostly been a Bucs defensive backs coach when he got the head-coaching job in 2009. He went 3-13 his first year but then 10-6 his second season with young quarterback Josh Freeman having a career season.

In Morris’ third season the Buccaneers went 4-12 and he was fired. At that point Morris had to practically start over. He was hired as Washington’s secondary coach and spent three seasons on that job. He went to the Falcons, and he was coaching receivers and coordinating the passing game when Quinn reshuffled his staff last season with the Falcons sitting at 1-7. Quinn put Morris in charge of the defense and he led an impressive turnaround. The team went 6-2 in the second half, the defense improved rapidly and Morris was named defensive coordinator the 2020 season.

After a rough 0-5 start, Quinn was fired and Morris gets a shot to be a head coach again, even if it’s on an interim basis.

Can Falcons turn it around?

At best, Morris leads the Falcons to a turnaround and the interim job becomes a permanent head coaching job. At very least, it’s an important audition.

The Falcons have more talent than their 0-5 record indicates and another second-half rally isn’t out of the question. In 2018 the Falcons won their final four games to finish 7-9. They won six of eight to finish last season too. If Atlanta can have a similar resurgence under Morris, it could impress Falcons owner Arthur Blank or get Morris more head-coaching interviews elsewhere. He’s just 44 years old and even though he had to wait a long time for another opportunity like this, it’s a chance to reestablish himself as a quality head-coaching candidate.

Nobody wants to get a shot because the team went 0-5 and fired the head coach. But it’s a big second chance for Morris. 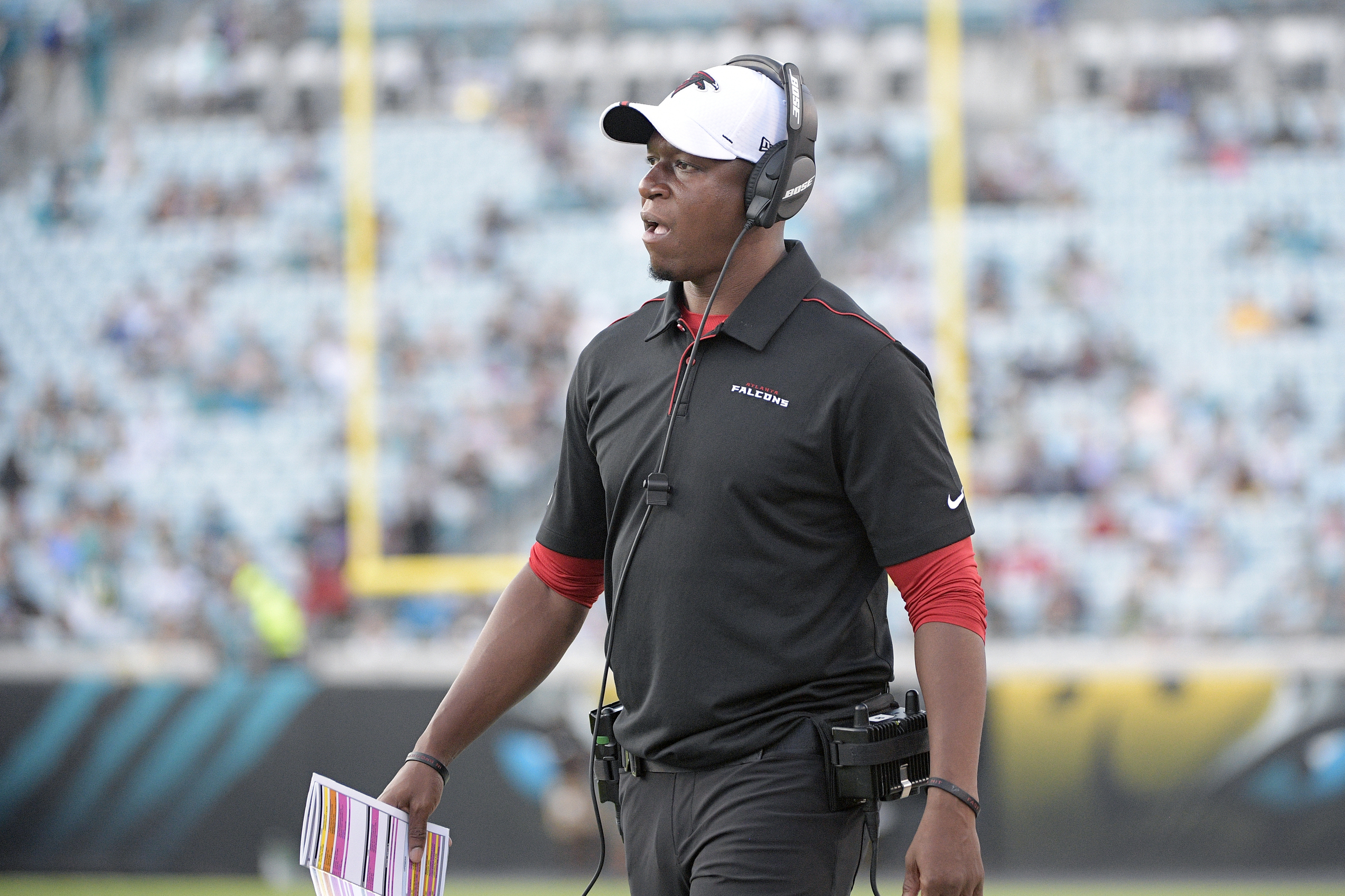