The public will soon be able to visit friends and loved ones in their homes again – but not hug them – under new social distancing guidance unveiled by Boris Johnson.

From July 4, families will be allowed to meet members of one other household indoors, provided they maintain social distancing.

The move paves the way for families and friends to meet up for meals, and even stay overnight for the first time since lockdown began on March 23.

There is no limit on the size of the households involved or the distance travelled, although the measures apply only in England for now. 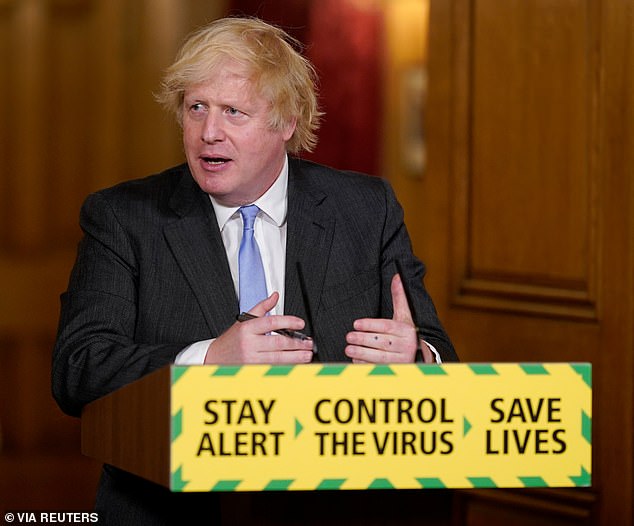 Friends and families can even holiday together, provided only two households are involved.

There will still be social distancing, meaning members of different households will not be permitted close contact – leaving most grandparents still unable to hug their grandchildren.

The Prime Minister told MPs the plan would help ‘restore a sense of normality’.

The move represents a compromise between Mr Johnson’s desire to allow family reunions and the caution of scientists who fear that widespread mixing of households could spark a new wave of coronavirus cases.

No 10 yesterday acknowledged that the proposals stopped ‘a very significant way from what you would describe as normal life’, but said the relaxations were the maximum currently possible.

Mr Johnson said ministers had to make ‘difficult judgments’ about how far they could safely go in easing restrictions.

The PM had originally wanted two or three households to be permitted to form social ‘bubbles’, within which social distancing could be abandoned.

The idea was included in his ‘road map’ for ending the lockdown published in mid-May.

Earlier this month, single-person households were given permission to form ‘bubbles’ with one other household in order to ease loneliness.

But scientists deemed it was too risky to expand the scheme to all households.

However, the new proposal is more flexible than the ‘bubble’ scheme, which requires households to form exclusive arrangements with each other. 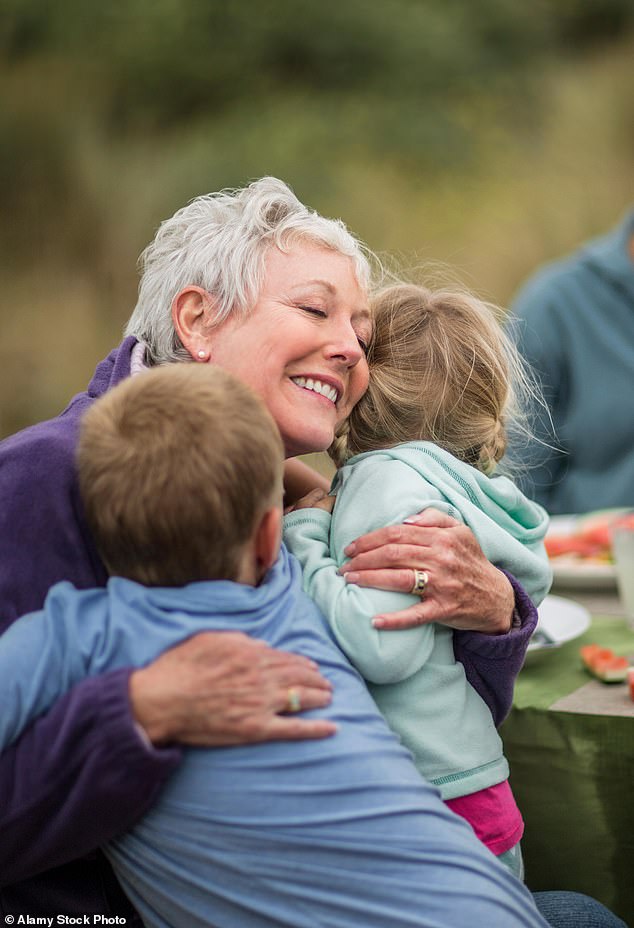 There will still be social distancing, meaning members of different households will not be permitted close contact – leaving most grandparents still unable to hug their grandchildren (file photo)

Families will be able to meet with several different households, provided they do so one at a time.

Outlining the plans in the Commons, Mr Johnson said: ‘It will be possible, for instance, to meet one set of grandparents one weekend, and the others the following weekend.

‘We are not recommending meetings of multiple households indoors because of the risk of creating greater chains of transmission.’

Downing Street said that in theory people could have dinner with members of a different household every night, but urged everyone to act responsibly.

The PM’s spokesman acknowledged that the new rules on indoor gatherings would be difficult to enforce but said ministers believed the public could be trusted to use their common sense.

Mr Johnson told MPs: ‘Our principle is to trust the British public to use their common sense in the full knowledge of the risks.

But, in a minor change, any number from two households can now meet outdoors.

The new rules will also apply to those hoping to meet at restaurants and pubs, with groups of diners and drinkers asked to stick to the two-household rule.