The parents of a young British holidaymaker stabbed to death in the street in Ayia Napa have today slammed authorities for refusing to extradite his killers.

George Low was celebrating his birthday with a friend in the popular resort when they were ambushed by a gang of men, who plunged a knife into Mr Low’s neck then fled the scene.

The 22-year-old estate agent from Dartford in Kent bled to death in front of horrified onlookers while his friend Ben Barker, then 22, suffered non-fatal injuries after he was stabbed in the back.

At an inquest into his death in Maidstone today, Mr Low’s parents hit out at Turkish-Cypriot authorities for refusing to hand the men over to the Greek Cypriot south.

Mr Low’s father Martyn, 58, said it was ‘harrowing listening to the last moments of his son’s life’, adding, ‘Justice is the only thing we’ve got now.’

His mother Helen, 50, added: ‘Why should they live to have free lives when they’ve taken our son’s life?’

Mr Low and Mr Barker had spent the evening drinking vodka and shots at bars on an event known as the Mayhem Bar Crawl with around 300 other revellers, the inquest heard.

They had ended the bar crawl and were attacked in the early hours on August 14, 2016.

Mr Low was then seen chasing a man into an alleyway moments before a gang of four targeted and stabbed him and Mr Barker. 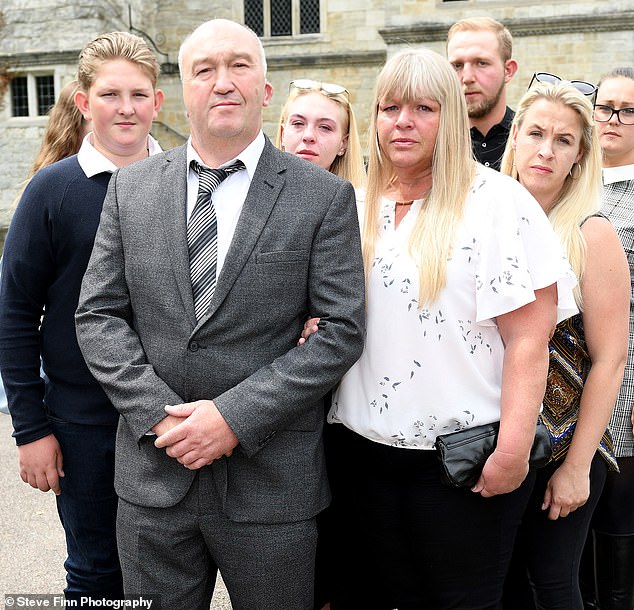 Martyn And Helen Low pictured with family and friends outside Maidstone Coroner’s Court today, where they heard the ‘harrowing’ details surrounding the last moments of their son’s life 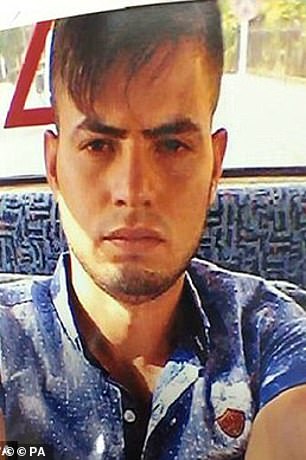 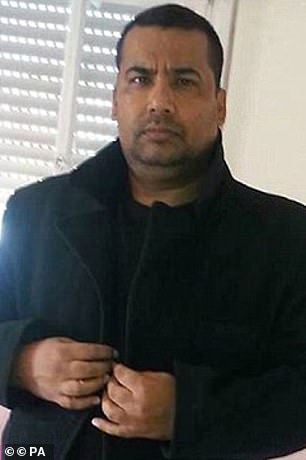 Mr Low was seen bleeding heavily outside the resort’s popular Bell bar, where he had worked from 2014-2015.

A statement from Mr Barker the day after the attack was read to the inquest today. He said: ‘I thought the fight was finished and I turned round and I saw a circle of people and a girl told me George had been stabbed.

‘I noticed George had been stabbed in the neck and I panicked.’

No one has ever been arrested over Mr Low’s murder, though two suspects who were identified went on the run. 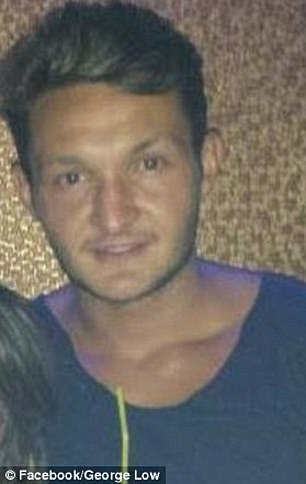 Mr Low had been celebrating his birthday in the holiday resort

But Turkish Cypriot authorities in the north of the country refused to hand them over to the Greek Cypriot south and both men were allowed to leave the country.

The two suspects remain on Cyprus’ Most Wanted list.

Northern Cyprus has become something of a criminal enclave inside the Turkish Republic, which has no extradition treaties with the outside world.

It has been previously been dubbed the ‘Costa Del Crime’.

Some 14 friends and family members packed into the court to hear the inquest today.

‘It kind of was what we expected – unlawful killing. No (it doesn’t get any easier), in fact it’s got worse. As everybody will tell you, we’ve lost a child. You never get over that.

‘They say time heals, but it doesn’t. If they say that, they’d be lying. Get the perpetrators handed over to the South. Turkey, do the right thing – hand them over. That’s what we want.

George’s mother Helen, fighting back tears, said: ‘You just think, why is it so hard? Why can’t they just hand them over? Who wants murderers running around in their country?

‘Why should they live to have free lives when they’ve taken our son’s life?’ 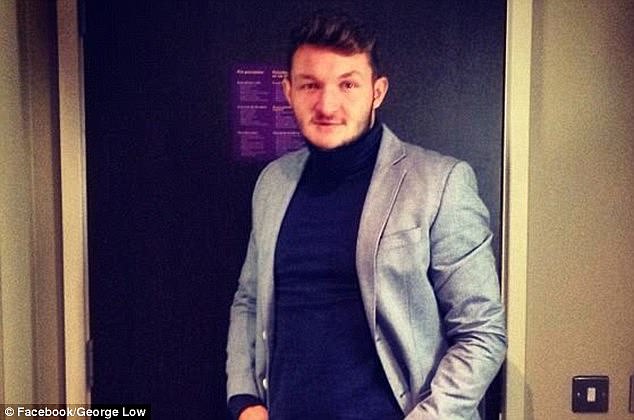 Mr Low was seen bleeding heavily outside the resort’s popular Bell bar, where he had worked from 2014-2015

‘THE COSTA DEL CRIME’: HOW CRIMINALS ESCAPE JUSTICE IN CYPRUS

Criminals have been able to take shelter in northern Cyprus for years thanks to diplomatic tensions over the area.

For years, the breakaway Turkish part of the island has been used as a haven by UK runaways, safe in the knowledge they cannot be extradited.

In the late 1990s and early 2000s, dozens of criminals began fleeing there to take advantage of the fact that the Turkish-controlled part of the island has no extradition treaty with the UK.

Fears were raised the area could become the equivalent of Spain’s Costa de Sol in the 1970s and 1980s, where criminals would often go to escape extradition.

But in a landmark ruling in 2017, judges said there was nothing to stop British police co-operating with law-enforcement agencies on the island.

That means fugitives who refuse to return to Britain to face trial can be prosecuted in Northern Cyprus instead.

A statement released by Mr Low’s solicitors on behalf of the parents added: ‘We knew the inquest was unlikely to bring us any closer to getting justice for George, but it has at least answered some of our questions about what happened that dreadful night.

‘We’ve been reassured that the police investigation is still very much active so we have to stay positive and believe those responsible will one day be caught.

‘People say it will get easier with time but it’s just got harder. George had so much to live for and when we see all his friends moving on with their lives, travelling and seeing the world, settling down and getting married, it does hurt because we know we’ll never have that with him and that breaks our hearts.

‘We couldn’t have wished for a better son. His family and friends thought the world of him and we have been overwhelmed by the support we received since he died.

‘He was only 22 but he had already crammed so much into his life when it was cut short. It’s just devastating and we all miss him so very much.’

Senior Coroner Roger Hatch said Mr Low’s cause of death was haemorrhagic shock caused by injury to the lung and carotid artery caused by a sharp instrument.

He concluded that Mr Low was unlawfully killed.