Family ‘fear British man was MURDERED’ after he was found tied to his sunken £1million yacht off of Crete, with his pet dog desperately clinging to the mast

The family of a British man found dead with one hand ‘tied to the deck’ of his sunken sailing boat fear he may have been killed, a report claims.

Hugh Kerr Bradley Roberts, 74, was found on the half-submerged vessel by fishermen in the port of Souda on the Greek island of Crete.

His dog, which survived the sinking, was desperately clinging to the mast, according to local media.

Mr Roberts’ family told The Sun that they fear his death may be related to rows over property developments.

He moved to Crete 12 years ago with his partner Deborah Hollis. The couple built a luxury villa in the village of Ramni and Mr Roberts is thought to have owned another property on the island.

He had reportedly been living alone on the boat with his dog, Friar Tuck, for a number of years following the death of his partner and was well known to locals.

The Sun reported that port police are investigating the possibility of foul play. 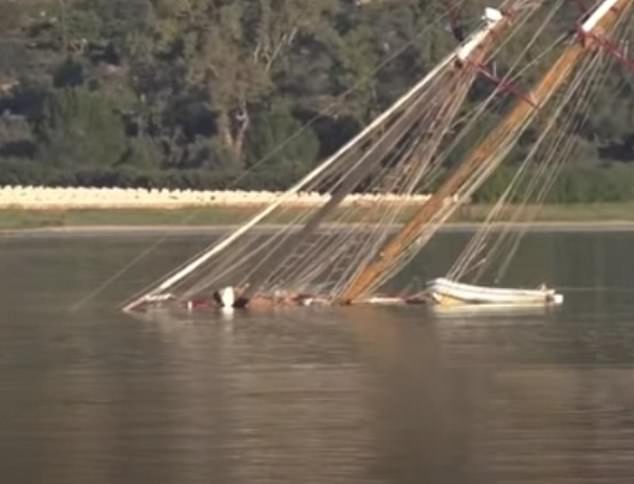 The family of a British man found dead with one hand ‘tied to the deck’ of his sunken sailing boat fear he may have been killed. Pictured: The sinking boat 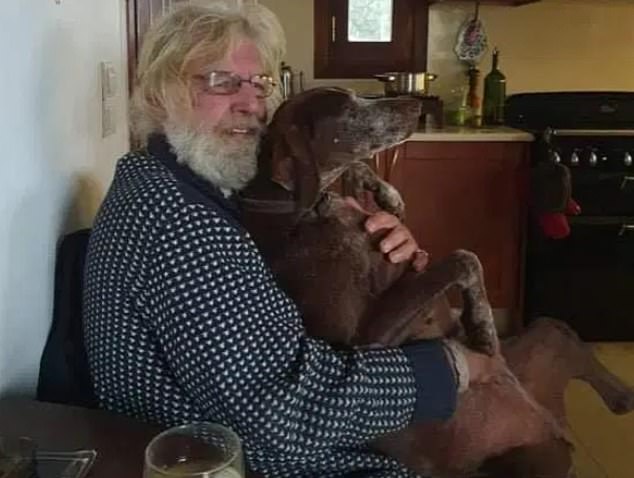 Hugh Kerr Bradley Roberts (pictured), 74, was found on the half-submerged vessel by fishermen in the port of Souda on the Greek island of Crete

‘We find it highly suspicious that such a large boat, a yacht that was 20 metres long, could sink in a matter of hours,’ The Sun quoted a police source as saying.

Mr Roberts boat was an 100-year-old sailing yacht called the Coral of Cowes, which had previously been up for sale from almost £1million.

The expat was robbed on the boat two years ago by assailants who left him tied up by the feet, according to Iefimerida.

Diver Thrasyvoulos Chiloudakis who retrieved Mr Roberts’ body said it had no injuries and that the boat was in ‘good shape,’ according to The Sun.

The weather is reported to have been clear on Sunday morning when a woman spotting the sinking vessel and called the coast guard.

Fisherman Christos Mavredakis was asked to assist. He told The Sun Online: ‘I was the first to approach the scene.

‘When I got there I saw the man floating on his stomach and the poor dog on the mast unable to move.

‘It was obvious that he was drowned, lying next to the boat and his hand was tangled up in a rope.’

An autopsy will be conducted by a local coroner, with results expected to be released by mid-week.

Robert’s dog was found alive on the boat trying to hold on to the wreckage to avoid drowning.

In a post appealing for a family to foster him, Chania Animal Protection said: ‘A sailboat sunk in the port of Souda was found this morning by fishermen. 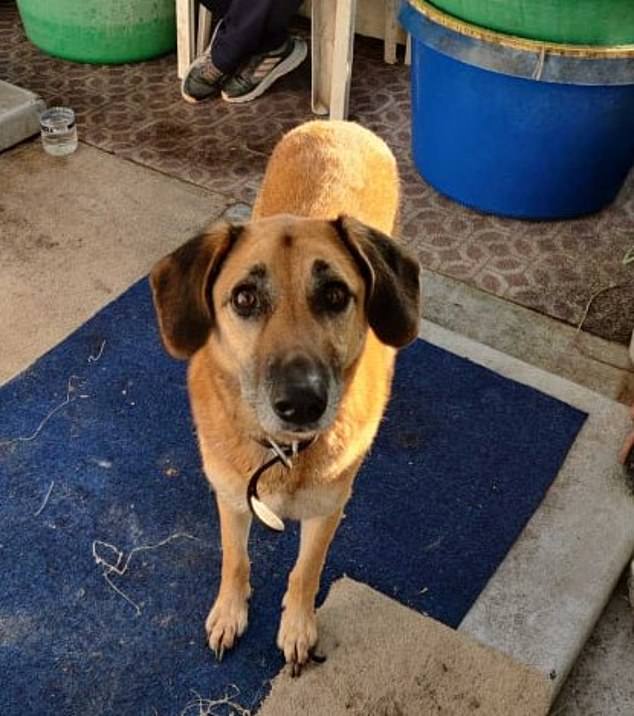 Mr Roberts’ dog, Friar Tuck, which survived the sinking, was desperately clinging to the mast

‘The fishermen located the sailboat mast in the water, after hearing a dog on it crying and trying to hold on to the wreckage of the sailboat so as not to drown.

‘Unfortunately, the guardian of the dog, who is an English citizen, was found dead.

‘The dog is currently on the fishermen’s boat in shock and the police notified us if we can help.

‘Please anyone who can foster the dog temporarily, so that the police can look for the family of his unfortunate guardian.

‘The dog is in confusion and shock and will need a calm environment until a solution is found.’

According to Zarpa news, hundreds of people have been in touch to offer help.