Freedom Party to pay compensation to Muslim Youth Austria for accusing it of ‘spearheading Islamist ideologies’. 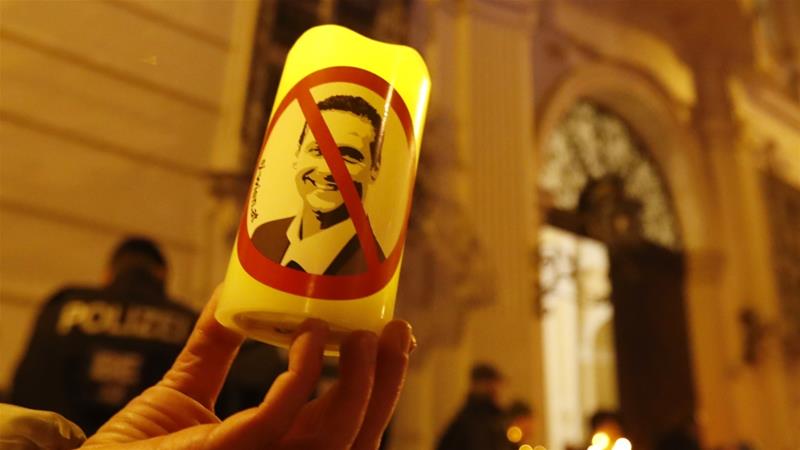 Austria’s far-right Freedom Party (FPO), which entered government last December, will pay compensation to the Muslim Youth Austria (MJO) organisation for failing to prove in court its accusations that the MJO is an Islamist organisation.

Last June, Heinz-Christian Strache, FPO’s chairman, said at a press conference that there are “numerous indications” that the MJO “spearheads Islamist ideologies” and are “part of a nested network … over which political Islam organises”.

These allegations were also published on the FPO’s website.

MJO denied these allegations and filed a lawsuit against Strache, the FPO and the Freedom Parliamentary Club.

In proceedings before the Commercial Court of Vienna, the defendants were unable to prove that their allegations were true.

This week as part of the settlement, they offered the MJO compensation and revoked their statements.

“These statements about alleged closeness to political Islam and the Muslim Brotherhood, which were deliberately circulated by the same individuals, have no basis whatever,” the MJO stated in a press release.

“The Muslim Youth of Austria will continue to defend against false allegations and slander that seeks to discredit their decades of volunteer work in the service of society.”

MJO plans to donate the compensation to Austrian organisations that fight racism, Islamophobia and anti-Semitism.

The FPO has labelled itself as a “defender of tradition” in Austria and Strache, its anti-immigration leader, has made many Islamophobic statements previously.

Austria is the only country in Western Europe with a far-right government since Chancellor Sebastian Kurz of the centre-right People’s Party (OVP) formed a coalition government with the FPO last December.