A FARMER was swallowed by a giant 60ft sinkhole while riding his quad bike across a field.

The man was driving along when the ground opened up in front of him and devoured him. 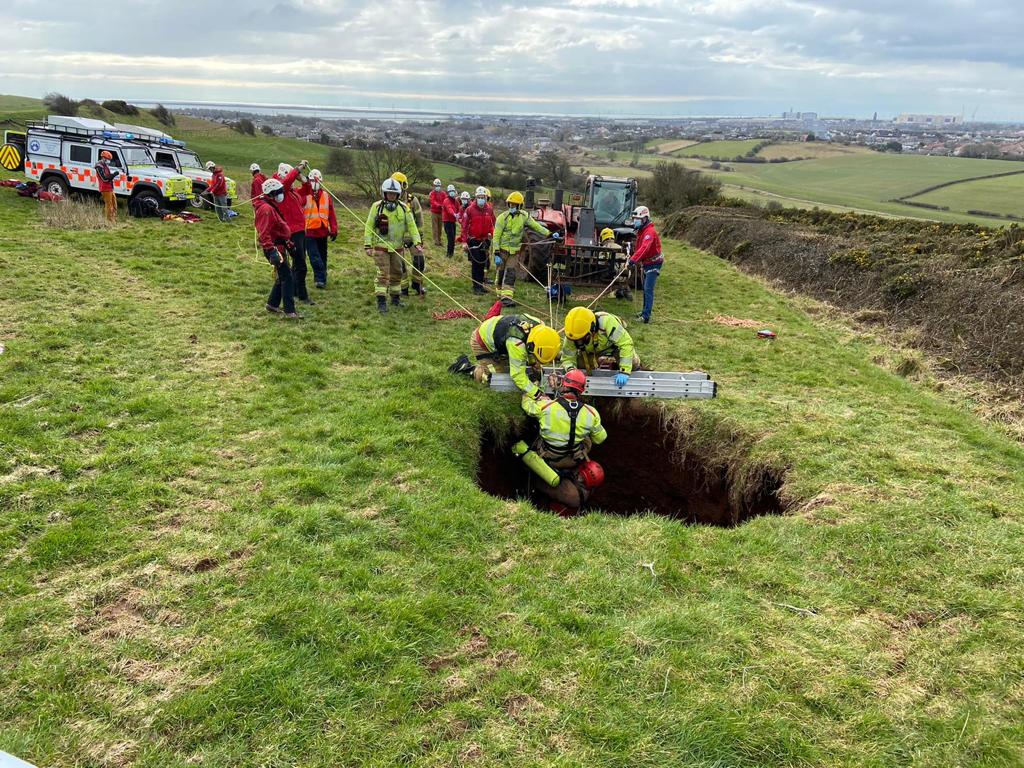 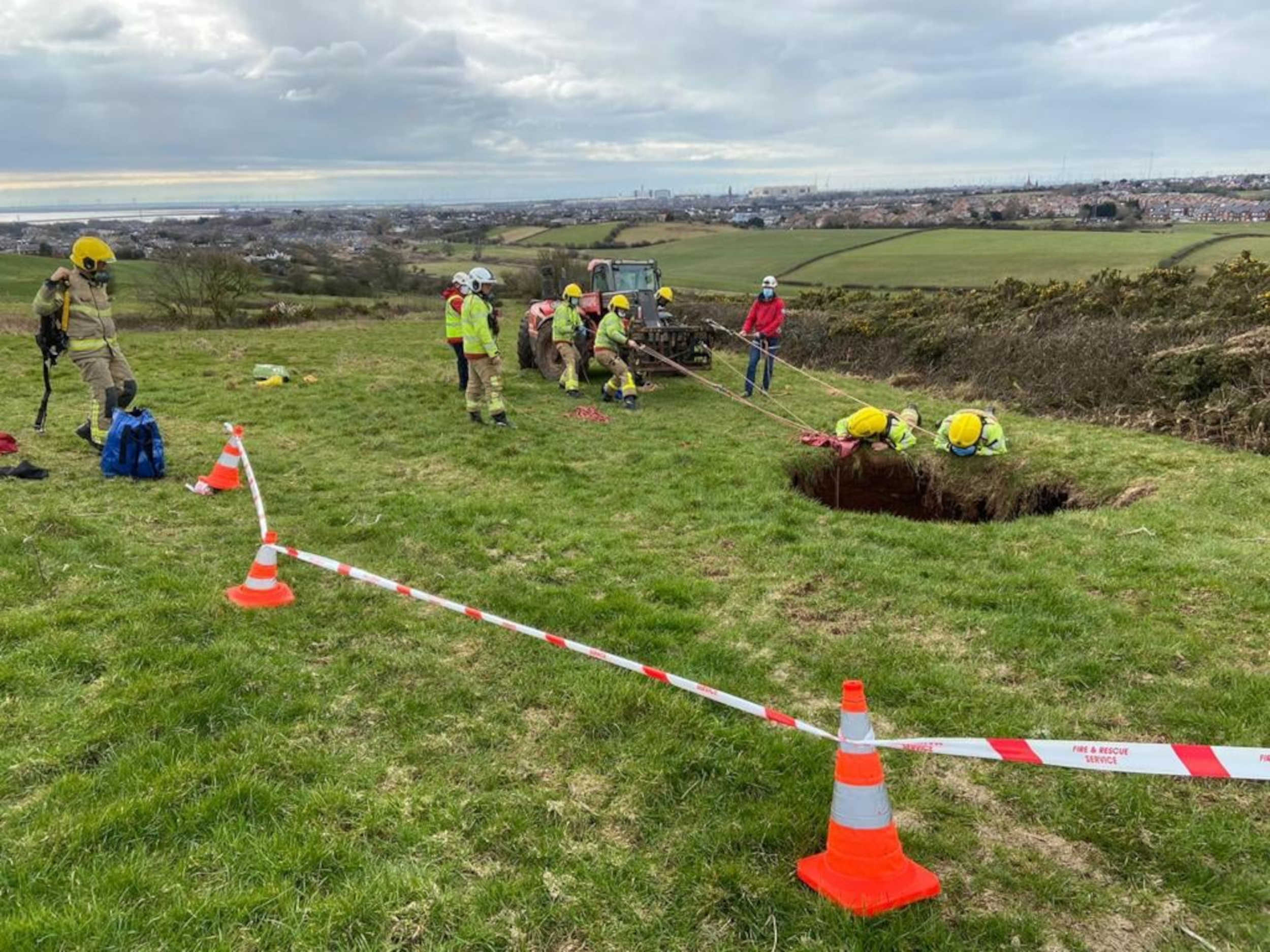 Emergency services were called to farmland in Stank, Cumbria, at midday on Thursday.

Firefighters pulled him to safety from the hole, using line rescue equipment.

He was flown immediately to hospital by helicopter after the rescue mission.

The man remains in hospital where he is being treated for chest injuries.

The gaping hole was about 8ft wide at the top, but widened "like a wine carafe" one rescuer said.

Ian Westall from Cumbria Fire and Rescue Service told the BBC: "You've got a lip at the top which went down into a narrow throat, and then there was a large bulbous bottom which opened up 10m (33ft) in one direction and 4m (13ft) in the other."

There are several abandoned iron ore mines from the 19th Century in the area, which are known to cause sinkholes.

Ian Westall from Cumbria Fire and Rescue Service told the BBC: "We peered down and could see the farmer sat up, and we could just make out the outline of his bike under a mound of earth.

"I'm sure he was in deep shock.

"The ground just fell away with the weight of the bike on that particular spot and he was swallowed up into the sinkhole."

Unstable ground and people on the surface who were unsighted meant there was "an inherent risk", he said.

Mr Westall added: "We had to make sure the rescuers weren't going to be involved in any further movement or collapse of the ground,.

"So we widened the cordon area and had only those directly involved in the rescue at the scene." 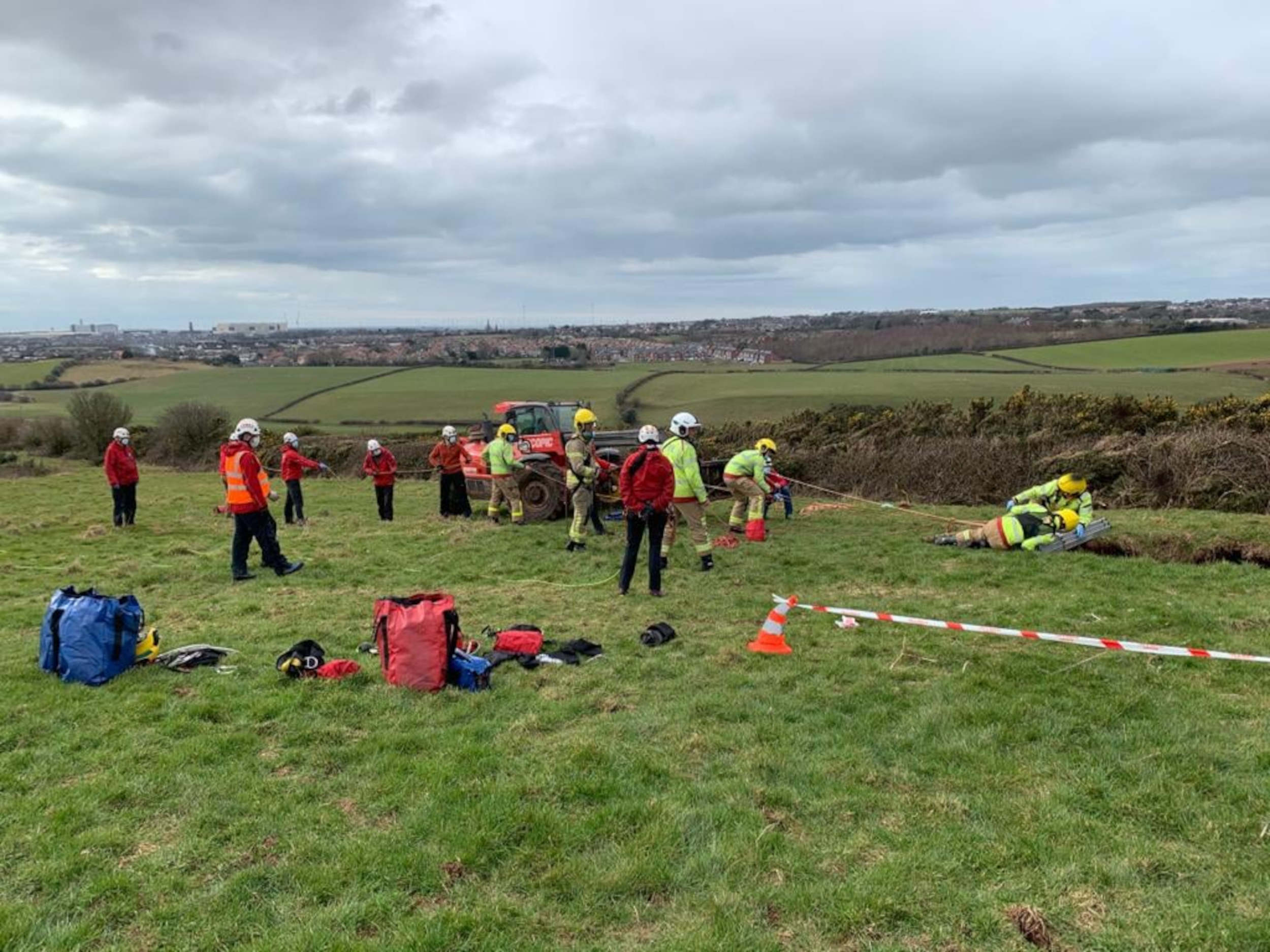 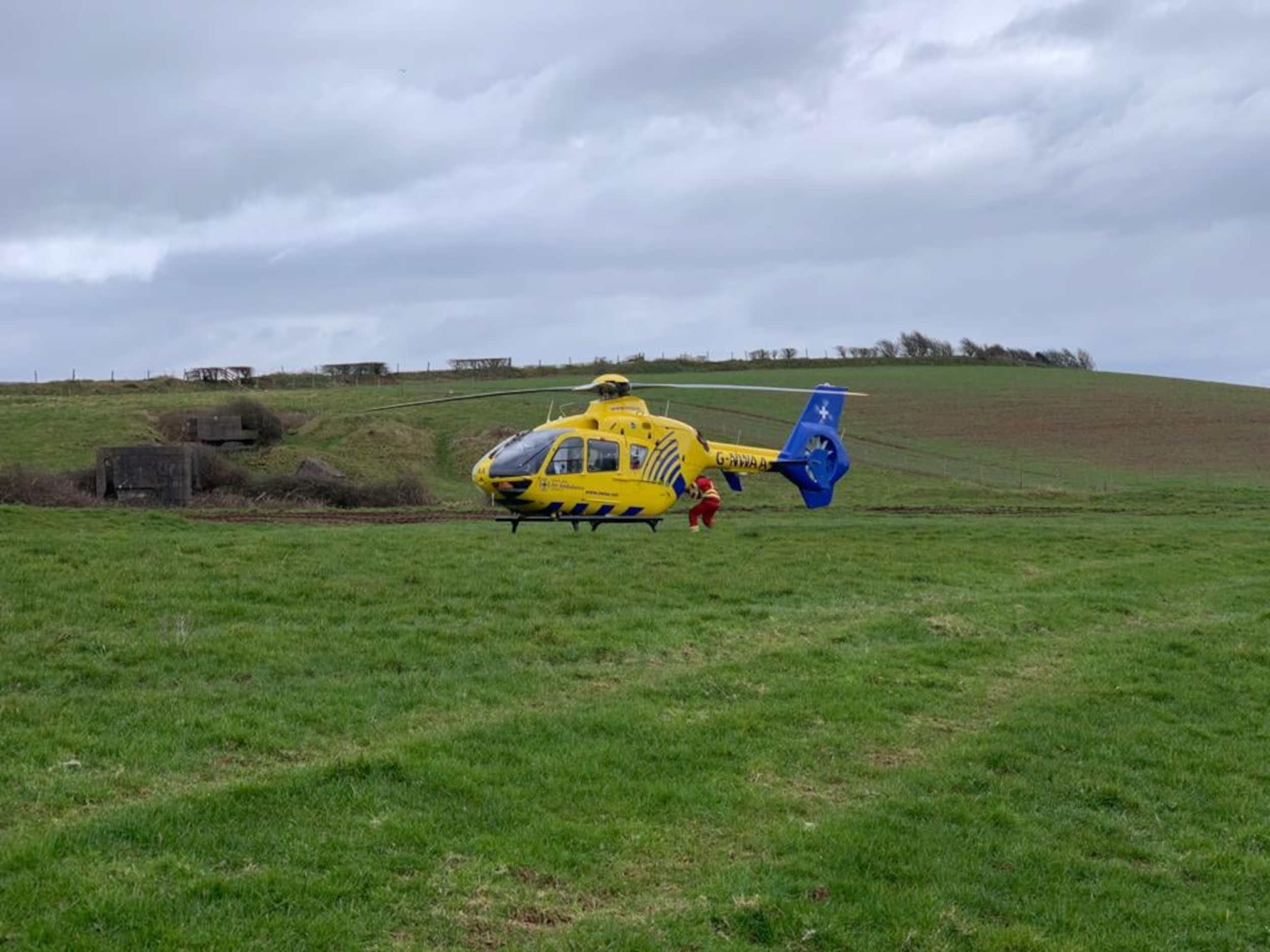