Fearful and fenced in: foreign children of IS face indefinite stay in Iraq

BAGHDAD (Reuters) – The children ran along the narrow enclosure, screaming, fighting and crying for the attention of the prison worker distributing sweets and balloons. Bug-bitten toddlers, too small to walk, clung to the sides of the chain link fence, staring blankly. 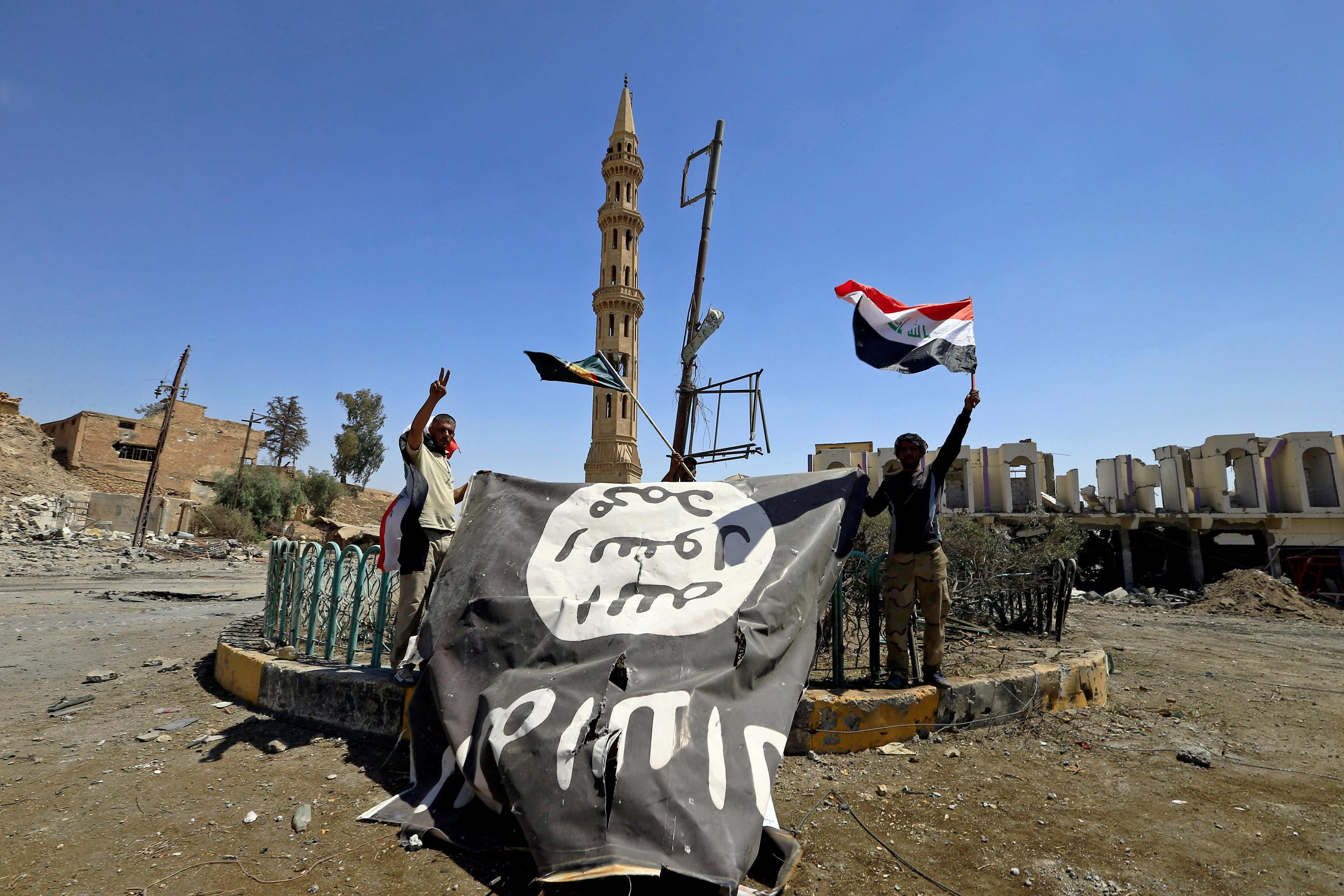 Through the fence of their makeshift playground, the older children held out dirt-covered hands for the balloons; two of them said they were the only toys they have at the Rusafa women’s prison in central Baghdad.

“Please, I want to go home, please help us. This is not a good place for us,” one Azeri girl said through the chain link fence, surrounded by about 100 other children.

The visit by Reuters was one of very few times the prison has allowed media access. The jail is at the heart of the issue of what do with captured women and children of Islamic State.

The ultra-hardline group carried out mass killings, torture, sexual enslavement and indoctrination in areas it captured in Syria and Iraq in 2014 and staged attacks around the world, meaning captives pose a security risk and are also vulnerable to reprisals.

“At first, trust was very difficult for us and them,” said the prison director, requesting that her name not be used. “Many even tried to kill themselves and their children.”

The prison holds 1,241 foreign women and children of suspected IS fighters from more than a dozen countries, 774 of them aged from nine months and 15 years old, the director said.

Brought here in November 2017, two months after being captured while fleeing Tal Afar in northern Iraq, most of the children who qualified for possible prosecution in Iraq have been moved to a juvenile detention facility.

A handful have been prosecuted for carrying out attacks but most are tried for crossing the border illegally, including some as young as nine. In either case it is not clear how much say they would have had.

The other children stay in Rusafa with their mothers, who are either already serving long jail terms or awaiting trial.

Having held them for two years with limited resources, Baghdad is keen for those who cannot be prosecuted to be sent home, but the issue is legally complicated and politically toxic, and many nations have so far refused to take them.

Dynamics at the prison, located within the interior ministry’s heavily-guarded compound, have improved since the early days, the prison director said during the April 11 visit.

No access was granted to the cells in which groups of women and children spend close to 20 hours a day and no photography was allowed. This reporter was accompanied by at least three government officials for most of the time, but spoke briefly to four of the children in the enclosure unsupervised.

“Did you bring us clothes or medicine?” the Azeri girl, wearing a blue hijab, asked. “We really need medicine.”

She was among a group identified by the prison director as having mothers sentenced to life in prison, serving at least 20 years for their membership of IS and illegally entering Iraq, a common fate for the women held at the jail.

The girl is too young to be prosecuted under Iraqi law. It is unclear how long she will remain behind bars.

Azerbaijan is one of the countries with the highest number of citizens imprisoned in Iraq, along with Russia and Turkey. Others come from Tajikistan, Kyrgyzstan, Uzbekistan, Jordan, Syria, France, Germany, Sweden and Trinidad and Tobago.

The Azeri Foreign Ministry did not respond to requests for comment on its policy on repatriating children linked to IS.

The children are allowed into the enclosure for about two hours a day, but otherwise spend their days in cramped cells or watching cartoons on television. They sleep on thin mattresses, bored, hungry and often sick, with little medical attention, according to some 20 sources familiar with the prison and their cases who were interviewed by Reuters before the visit.

Half a dozen of the sources said poor conditions had led to the deaths of at least seven children. Diplomatic and intelligence sources also said several women had died.

Three female detainees selected by the prison director said they had consented to be interviewed. They spoke in front of five officials – from the prison, the interior ministry, the justice ministry and national security service.

“For me, prison is prison, whether in Tajikistan or Iraq,” said a 28-year-old Tajik woman who was sentenced to life in prison for belonging to IS and has her two children in jail with her.

“But I want my kids to go home and live with my mother.”

Reuters did not use the women’s names because of the risk of reprisals.

Tajikistan recently said it would begin repatriating some children, and Russia, Turkey and France are among a handful of countries to have already taken some, but the process is slow.

“Security and accountability must be balanced with providing these children the opportunity to rebuild their lives back home,” said Katharina Ritz, Iraq’s head of the International Committee of the Red Cross, which visits the detainees, provides assistance and helps restore contact with families.

“WHY HAVE THEY JUST LEFT US HERE?”

The problem goes beyond Rusafa jail.

Across the border in Syria, thousands more foreign women and children have been lingering in detention camps – their numbers swollen since last month’s recapture of IS’s last enclave in Baghouz.

“Why have they just left us here?” said an Uzbek boy held in the Rusafa prison. “I just want to go home. I could live with my grandparents.”

Some 225 children were born at the Baghdad prison, its director said, as many of the women arrived pregnant.

Three sources familiar with the matter have said some of the women were subjected to sexual abuse, both after their chaotic capture and detention by various forces in northern Iraq and in Rusafa. Asked about the allegations, the prison director said that the detainees had always been treated well under her care.

For some women, legal about-turns have compounded their suffering.

A 29-year-old Swedish woman, who had been living with her three children in prison, was acquitted of all terrorism charges during her trial in October, but sentenced to six months in prison for entering Iraq illegally.

With the help of the Swedish government, she sent her children to live with relatives, afraid of their possible radicalization in prison while she served her time.

Days before completing her sentence, she was told the judiciary had overturned her acquittal and was reopening her case with a view to prosecuting her on the same charges.

The Swedish government said it was aware and monitoring her situation but would not comment further on an individual case.

“I thought I would only be apart from my kids for six months,” the woman said, choking back tears. “And now … I don’t know what’s going to happen to us.”