Doctors believe that up to 100 British kids have so far developed the potentially deadly illness in the last few weeks. 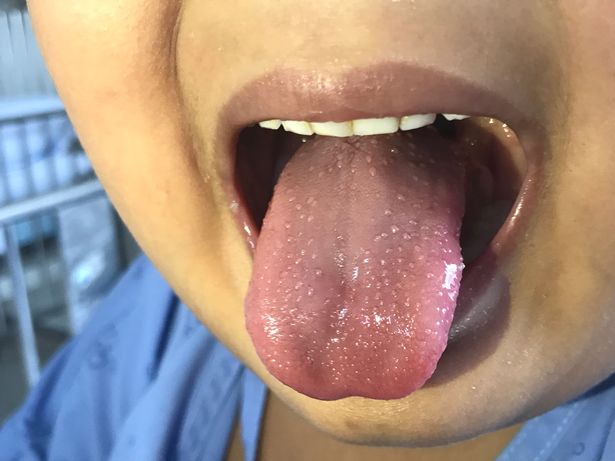 None of them had any underlying health conditions before symptoms – which are similar to toxic shock syndrome – emerged.

Dr Liz Whittaker, a paediatrician at Imperial College London who has treated some of the patients, said they are mostly aged between five and 16.

They also appear to be getting sick around three weeks after being infected with Covid-19 – although they may show no signs of the bug.

She told a media briefing: "To date, the children have not had underlying comorbidities that we have identified.

"We are gathering that information as part of a surveillance study that's happening both in the UK and internationally."

She said that medics first started seeing these unusual cases emerge in London at the end of April – around three weeks' after coronavirus cases peaked in the capital.

The NHS sent out an alert to warn doctors across the country to be aware after 19 children were struck down with the mysterious condition in London.

Doctors had noticed the children were developing some form of Kawasaki disease – a very rare inflammatory condition which typically affects under-fives.

Dr Whittaker said most of them had similar symptoms such as rashes, red eyes and a red mouth, as well as a fever.

But they were slightly older than children who typically present with Kawasaki disease – aged between five and 16. 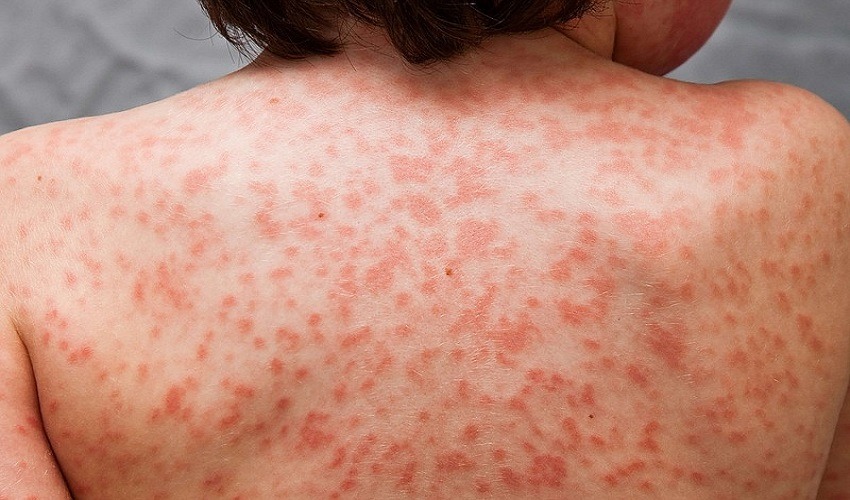 She said: "These children are usually presenting when they’ve had high fever for a few days.

"A very small group of these children develop something called shock, which is where the heart is affected. Those children become very unwell they get cold hands and feet and breathe very fast.

"These are the group who need to be in intensive care and getting urgent treatment rapidly.

"Most children seem to be very unwell for four to five days, but then get better."

NORTHERN Italy has reported a 30-fold rises in cases of the Kawasaki-like disease in one of the worst-affected coronavirus regions.

A new study found ten children between February 18 and April 20 had a syndrome similar to the inflammatory disease, which causes rashes, red eyes and a red mouth, as well as a fever.

This is compared to the 19 children who had been diagnosed with the condition in that area in the five years up to the middle of February 2020.

Experts say the findings, published in The Lancet, are the "first clear evidence of a link" between the syndrome and coronavirus.

All of the children in the study survived, but those who fell ill during the pandemic had more severe symptoms.

These included heart complications and signs of toxic shock syndrome.

The average age of kids with the condition were also older – aged around seven-and-a-half rather than three.

Dr Lorenzo D’Antiga, who led the research at the Hospital Papa Giovanni XXIII in Bergamo, said: “We are starting to see case reports of children presenting at hospital with signs of Kawasaki Disease in other areas hit hard by the Covid-19 pandemic, including New York and South East England.

“Our study provides the first clear evidence of a link between SARS-CoV-2 infection and this inflammatory condition, and we hope it will help doctors around the world as we try to get to grips with this unknown virus.”

Dr Whittaker said that most of the children tested negative for Covid-19, but all of them had positive antibodies to the virus.

She suggested that this could indicate that some children are having a delayed response to the virus several weeks after being infected – which is why it's not being picked up in tests.

"We’ve called it paediatric inflammatory multi-system syndrome, which is temporarily associated with SARS-CoV-2," she said.

"We’re very careful to do that because we can’t definitely say that every single child has Covid at the time they’re unwell.

"But this new phenomenon is happening in the middle of a pandemic so it seems pretty reasonable to suggest that the two things are related."

She said that it was unclear why some children appeared to be affected by the unusual syndrome and others were not.

Dr Whittaker also said that a child's ethnicity does not appear to increase their risk of serious illness as Covid-19 does with adults.

But suggested that more ethnic minority children had been treated for the new syndrome due to the higher number of cases in ethnically-diverse cities such as London.

She also noted that the peak in cases appears to be following behind the peak of Covid-19 by about two to three weeks and warned the cases seen so far may just be the tip of the iceberg.

Based on the early data available, the experts found that the children who were admitted to hospital had similar symptoms to Kawasaki disease, which include:

Dr Liz Whittaker, of Imperial College London, who has treated some of the children noted that they also had some other symptoms.

She said: "These children are usually presenting when they’ve had high fever for a few days.

"A very small group of these children develop something called shock, which is where the heart is affected. Those children become very unwell they get cold hands and feet and breathe very fast.

"These are the group who need to be in intensive care and getting urgent treatment rapidly.

"Most children seem to be very unwell for four to five days, but then get better."

"The likelihood is that it’s an iceberg, where the very tip that we see above the water is the very sick children and there might be other children below the water that we are only picking up now," she said.

"One of the things that is quite interesting is that the peak that we’re seeing in these children is several weeks after the peak of Covid-19 across the country.

"We estimate in London that the peak of Covid-19 was around the first to the second week in April, whereas we think we saw the peak of these children last week and this week."

However, the medic suggested that there could be a rise in cases of the new syndrome when the lockdown eases and kids are allowed to go back to school.

She said: "I think that is a possibility. But I think the purpose of the alert that went out a couple of weeks ago was so that if there are more cases we are in the best possible position to look after these children." 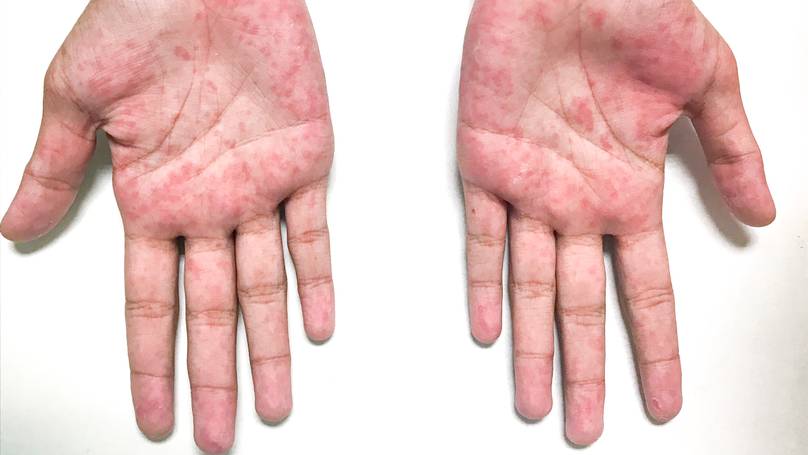 Prof Russell Viner, president of the Royal College of Paediatrics and Child Health, also said they would expect to see a potential rise in cases but warned that the risk remains very low.

He told reporters: "Yes logically, but I think the issue for all of us is avoiding a second pandemic wave – that’s for adults and children.

"All of the issues related to Covid for all ages will be much worse if we have a second wave.

"If this is a post-infective element then we may see some more cases of this, but the important thing is that it can be prevented." 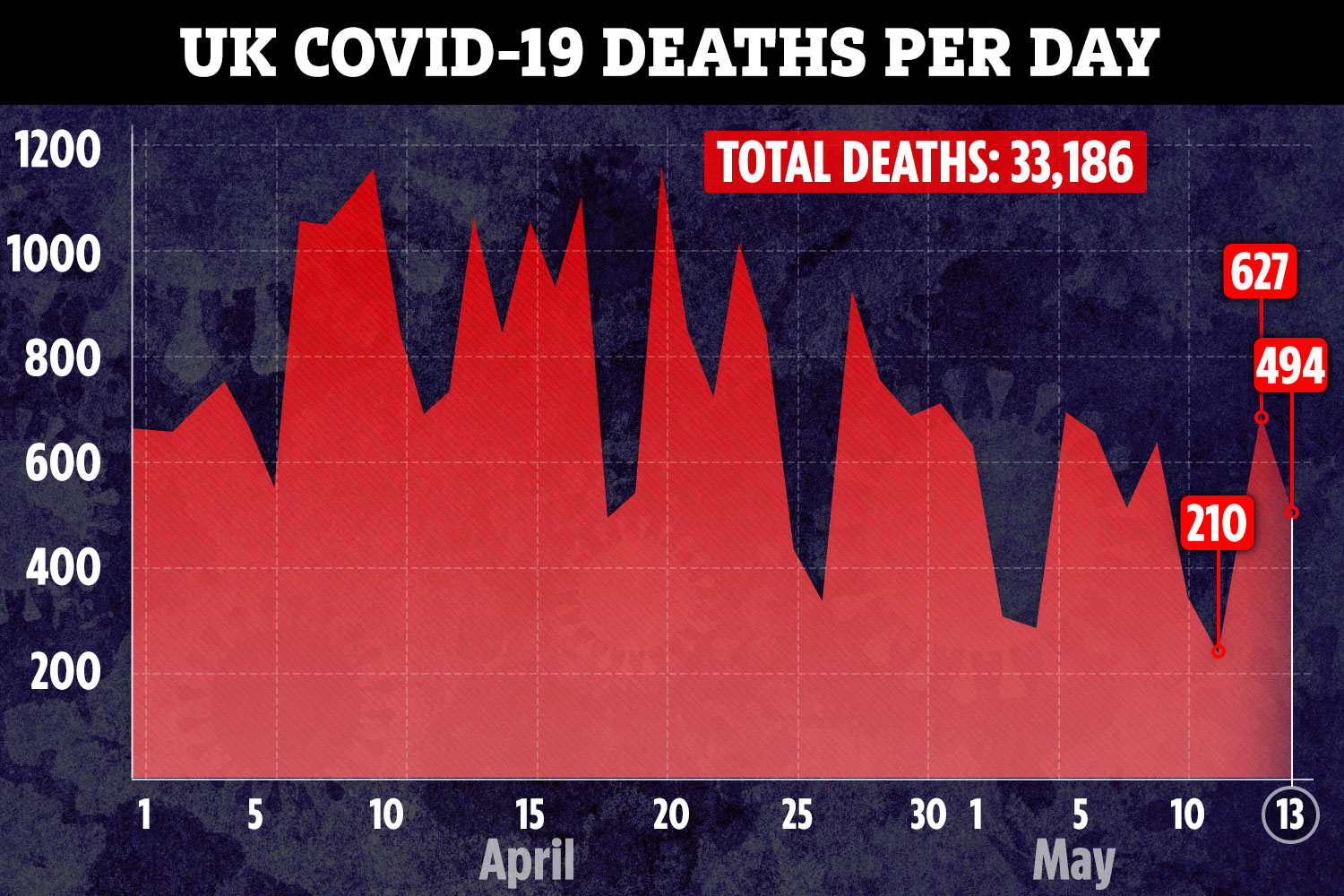 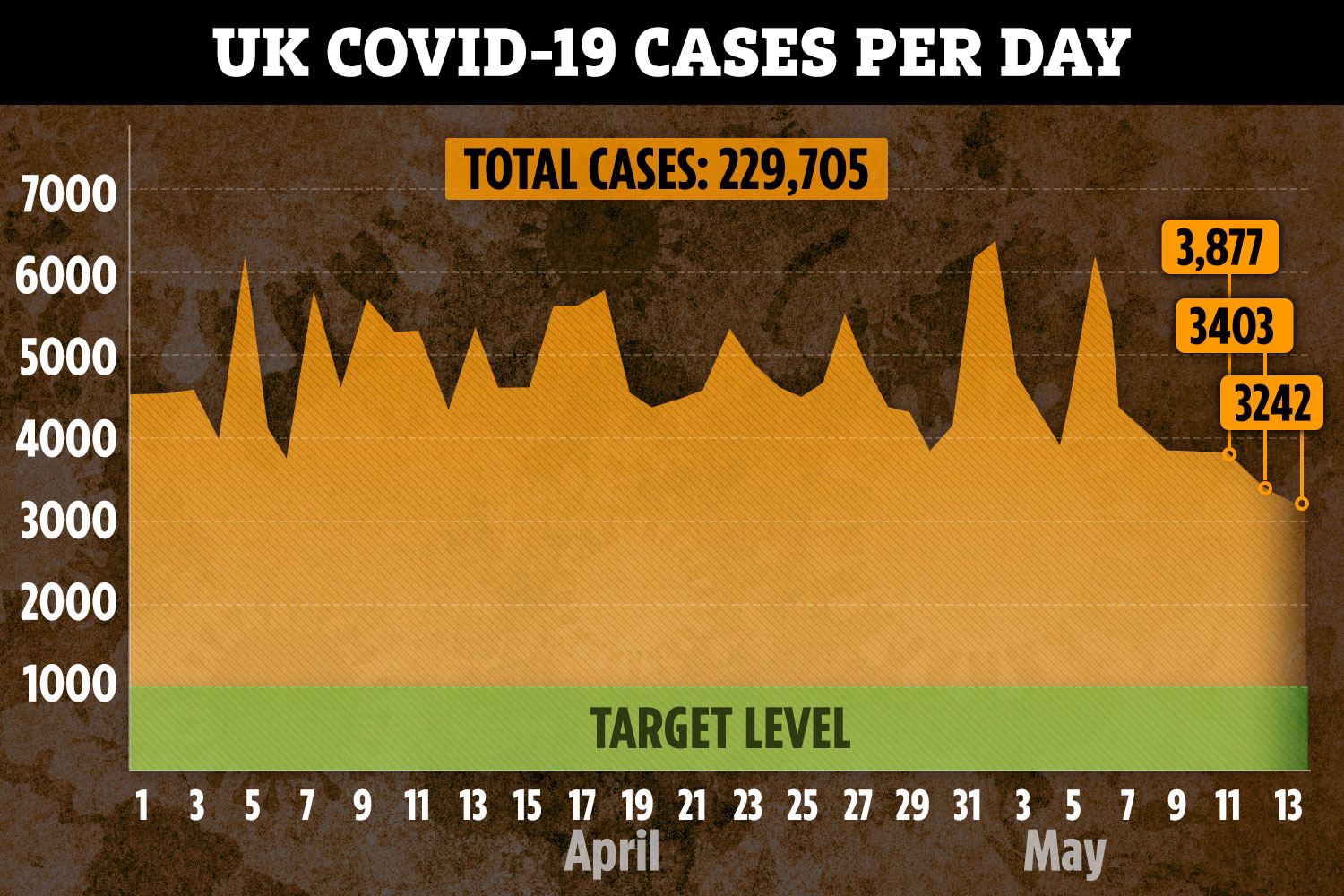 He added: "The total number of children that have died from Covid can be counted on the fingers of two hands in the UK.

"Around 160 to 170 children and young people die every year of motor vehicle accidents.

"The reason I raise that is that in one sense we all know this, but actually they’re incredibly very rare.

Boy, 14, only known death from 'Covid-linked Kawasaki disease' in UK

A 14-year-old boy with no underlying health conditions is the only known death from the Kawasaki-like disease linked to coronavirus, an expert has said.

It is one of the most aggressive forms of life support and is always seen as a last resort in respiratory aid as it involves removing blood from the body.

She said that the boy suffered a fatal stroke and died.

Two tested positive for coronavirus, including the 14-year-old who died, and four of the eight were from homes with a family member suspected or confirmed to have had the virus.

The hospital has now treated more than 40 children for the "hyper inflammatory" disease, after a "cluster" of cases was detected in south east London.

"I think the same issues apply here. This is a new syndrome that we’re recognising, we’re understanding more about, but it’s exceptionally rare – much, much rarer than the analogy I was using.

"When the government deems it safe for children and the rest of society to exit this lockdown, fears about this syndrome shouldn’t stop parents letting their children be part of that.

"But what parents do need to do is have some knowledge and have some understanding and make sure they can recognise this and seek help very early."Changes in kids’ skin color is sign of Kawasaki-like condition linked to COVID that’s killed 3 children in New York