When Jessica Whyte was woken to the news that her son had been found floating in the sea, her heart went still.

She didn't feel it beat again until she saw the 18-month-old at the camp ground reception.

He was purple, cold and looked smaller than usual. But he was alive. 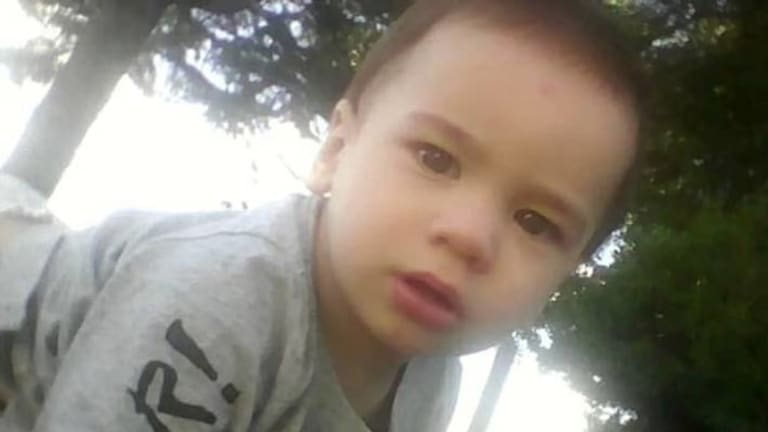 Malachi Reeve unzipped his parents’ tent while they slept and entered the water at Matata Beach in New Zealand.Credit:Stuff.co.nz/Jessica Whyte

A local fisherman, Gus Hutt, had found her son, Malachi, floating in the sea at New Zealand's Matata Beach, near Whakatane, on October 26.

The boy was so lifeless and still, Hutt thought it was a doll.

He reached out and grabbed him by the arm and still thought it was a lifeless lookalike.

"His face looked like porcelain with his short hair wetted down," Hutt recalled to the Whakatane Beacon. "But then he let out a little squeak and I thought, 'oh God, this is a baby and it's alive'.

It was luck that Hutt was there to save the 18-month-old who had escaped from his parents' tent at Murphy's Holiday Camp early on October 26. 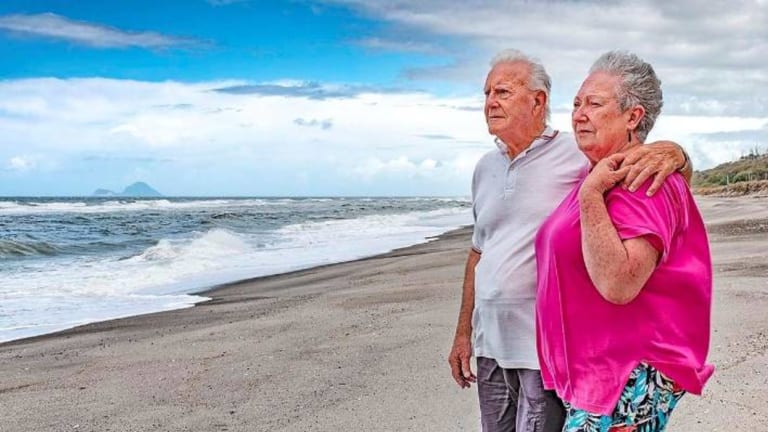 Local fisherman Gus Hutt, pictured with wife Sue, thought Malachi Reeve was a doll when he saw the toddler floating in the water.Credit:Troy Baker/Whakatane Beacon

Usually, Hutt heads straight out from the camp to fish from the beach, but on that Friday he decided to walk 100 metres to the left, towards Tauranga.

After returning to check his lines at 7.15am, he saw the seemingly lifeless baby floating in the water.

"He was floating at a steady pace with a rip in the water. If I hadn't been there, or if I had just been a minute later I wouldn't have seen him," Hutt said.

"He was bloody lucky, but he just wasn't meant to go; it wasn't his time." 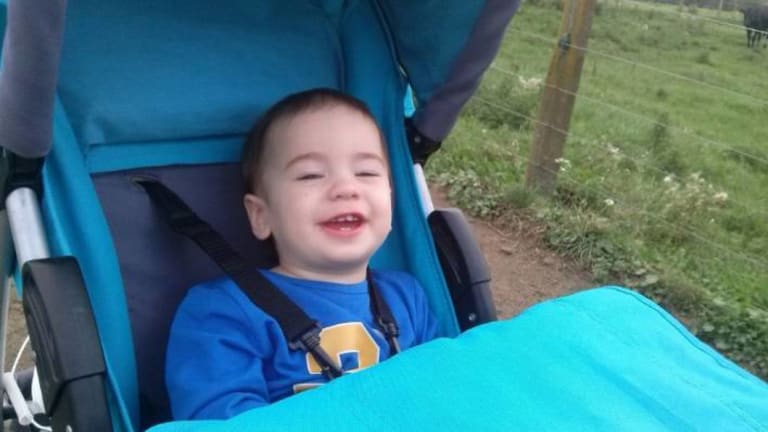 Malachi’s mother, Jessica Whyte, said she thought it was a sick joke when she was told her son had been found in the ocean.Credit:Stuff.co.nz/Jessice Whyte

Malachi had pulled the zip up on the parents' tent while they were sleeping at 7am and crawled underneath the flap before making his way down to the beach.

Hutt later traced Malachi's footsteps down to the water, about 15 metres away from where he'd been fishing.

The toddler usually slept past 8am, Whyte said, but the sound of the waves might have woken him.

Just the day before he had kept trying to run into the sea, stopped by his parents.

The camp manager woke Whyte at 7.30am to tell her the news, but it didn't register at first. It felt like a sick joke.

"She was like 'do you guys have a young child?' Then she said he's been found in the water.

"It was scary but he was breathing, he was alive. Oh God, it was amazing seeing him. I gave him a big hug."

Whyte tearfully thanked Hutt, who had few tears in his eyes too, she said. She can't thank him enough and hopes to visit him again.

Malachi is still the same playful toddler and he isn't scared of the water. He still loves showers, Whyte said.

"He's himself. Maybe he'll be more aware of water, not run into beaches. But he's definitely himself."

Whyte knows some people will judge her parenting after hearing her son escaped the tent. But she wants to warn other parents ahead of summer.

"Zip your tents up. And zip them up nice and high if you've got a child that can reach. Put them on a padlock.

"We wouldn't let him run into the water by his own. People can have those [judgmental] thoughts. They can think we're a bad parent. I'm more concerned about people zipping up their tents."